The most Southerly point in Scotland

Wanting to see the sunset over the Loch, I braved the midges last night to get the picture and although pleased with the result, regretted the decision immediately when I felt pin pricks all over my head, face, ears and legs...in fact all the parts exposed to the elements. MB was also full of them. it was so hot last night all the windows remained open and those blighters were small enough to came in through the mesh. more red itchy spots come morning! 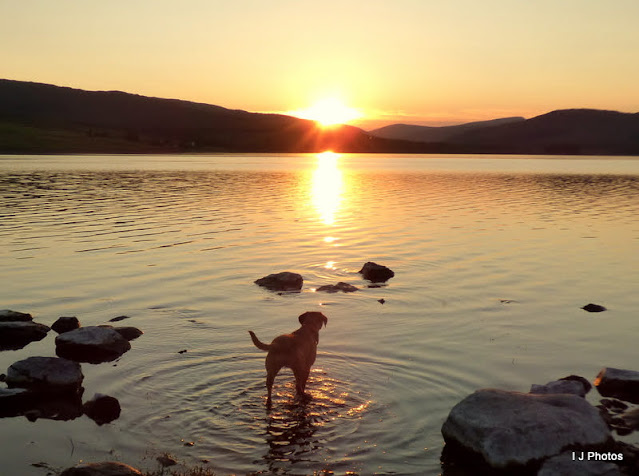 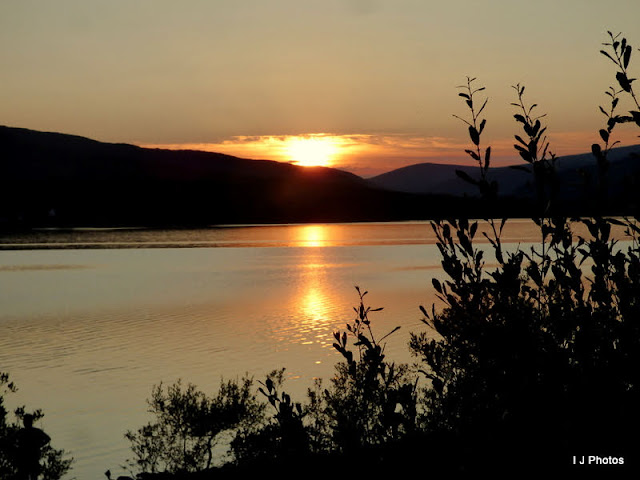 Before bed Toffee had to do her last 'hurry-ups'. Time was 2300. A dark sky zone and with an almost full moon as mentioned yesterday, there would be no chance of seeing billions of stars. What there were though was constellations. Lots of them, all to be admired just a shame I can't take night sky photos with this camera.

We didn't have to leave until 10.am so made the most of a leisurely start. Then it was off to Garlieston a quaint small village with one shop, caravan park and café. The tide was on its way in, so we played ball with Toffee until it got to that point where we had to vacate the beach. 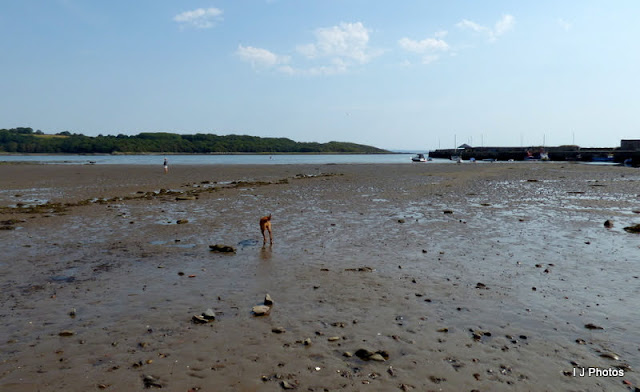 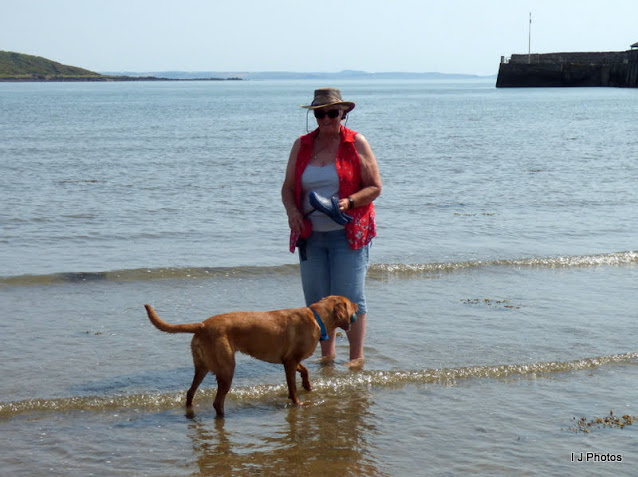 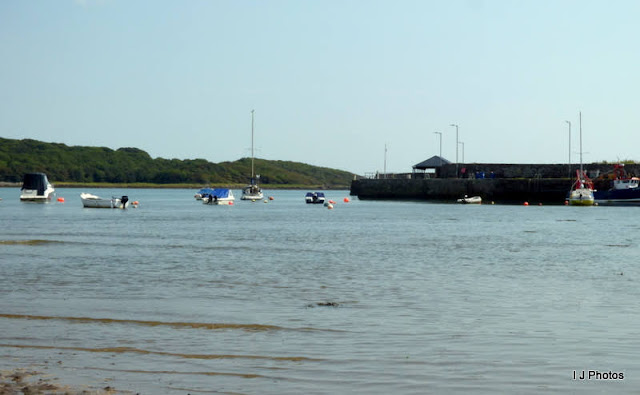 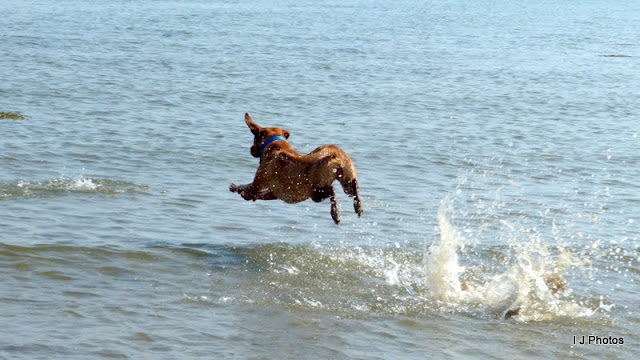 Lunch was had before heading off to the most Southerly point in Scotland. A place called Mull of Galloway. A single track road with passing places led us to the Lighthouse. Wow, another amazing place. This was also a seabird haven, Guillemots, Fulmars, and Gannets could all be seen and during June and July Puffins also come to breed. One to remember for next time. Cliffs surrounded the car park so no way could we allow Toffee off the lead, and what a good job too. She is from Gun dog stock and when she went into sniffing the air mode and tried desperately to go off into the bracken and heather, we assumed a game bird was about. And we were right because not 20 feet from us a grouse came running out and dived into the bracken. Later we could see she had youngsters as they too went running off. Toffee was going ballistic, pulling on the lead. Normally so good on the recall, I doubt if she would have returned to our command if she had been running free. She chases pigeons and gulls, although it's not something we encourage. Its just in her nature. 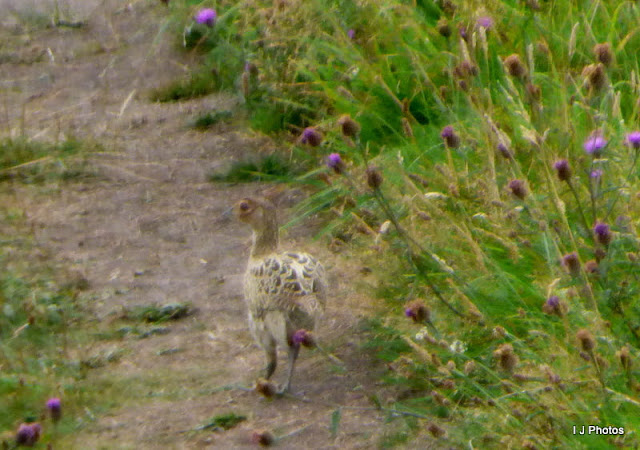 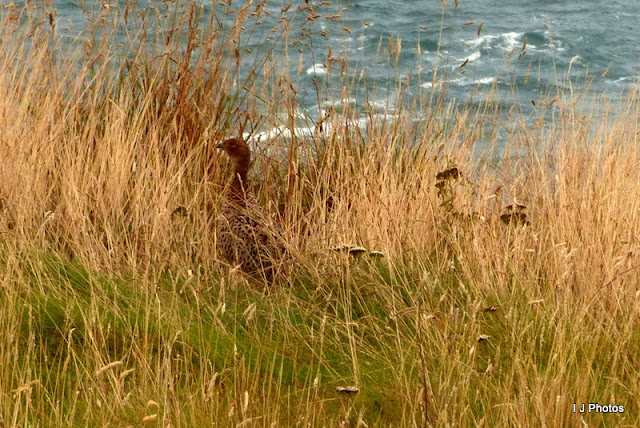 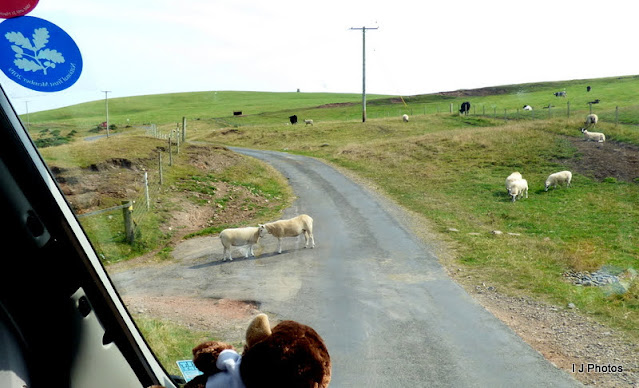 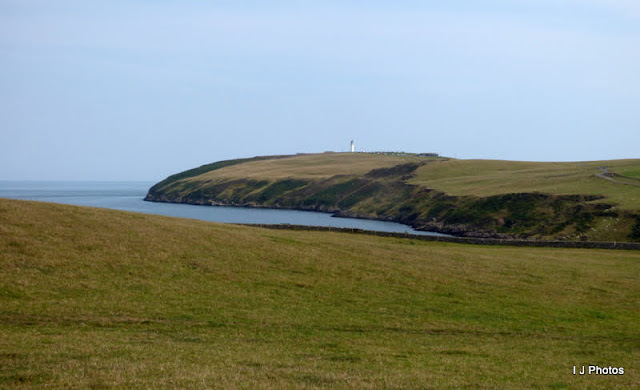 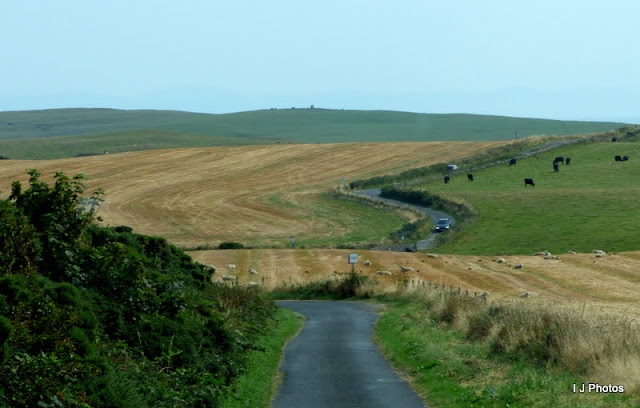 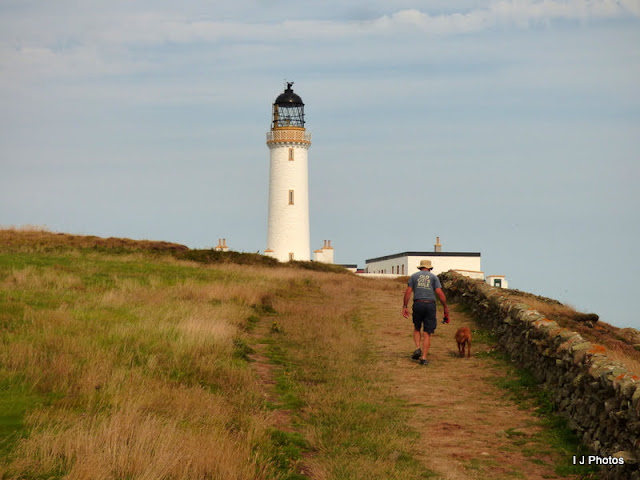 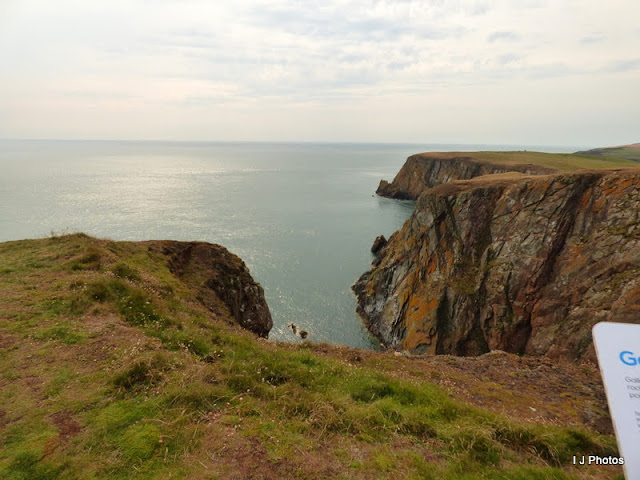 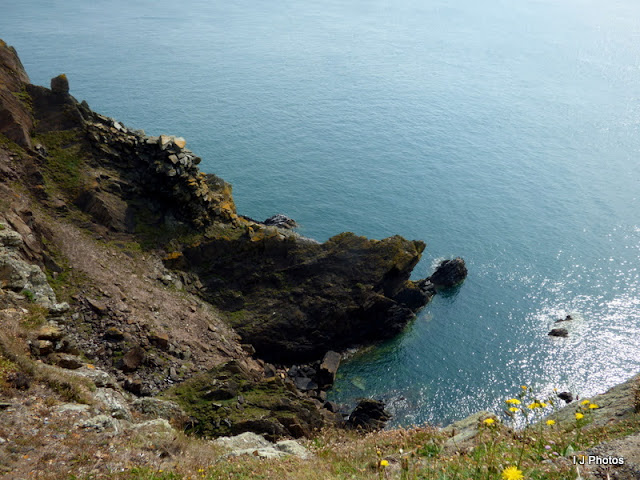 The place is also a park4night and what a stunning location to stay, it doesn't get better than this and as a bonus, the café opens at 10 am tomorrow for breakfast. Haggis and tattie scone was on the menu, we may have to try that. 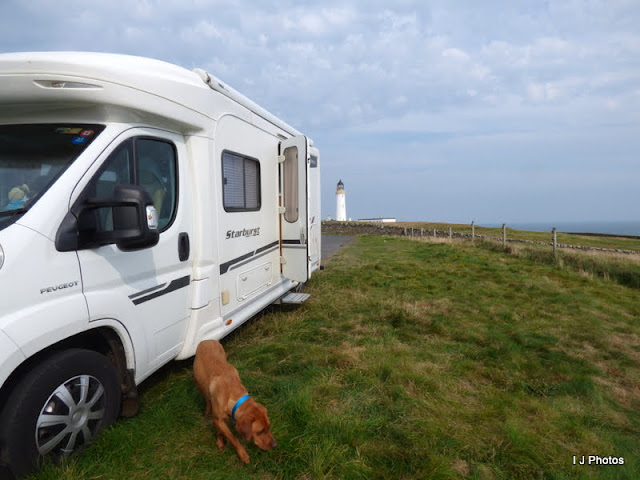 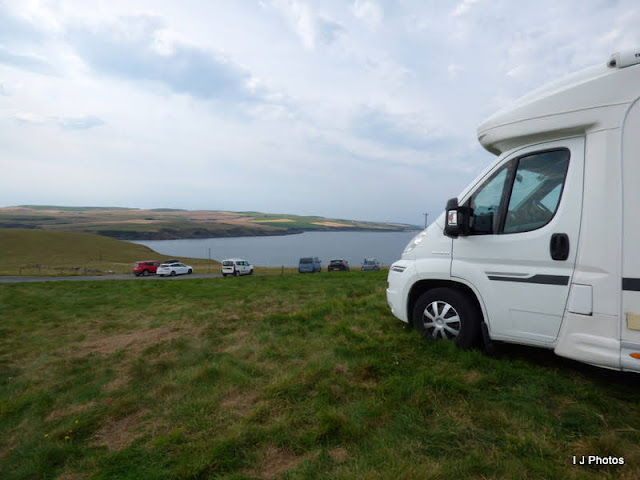 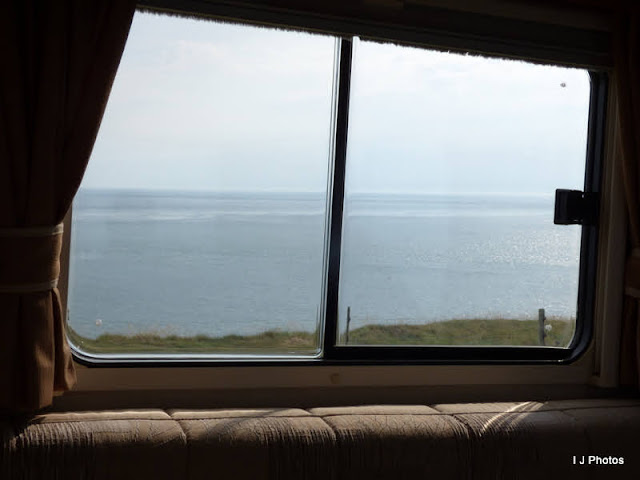 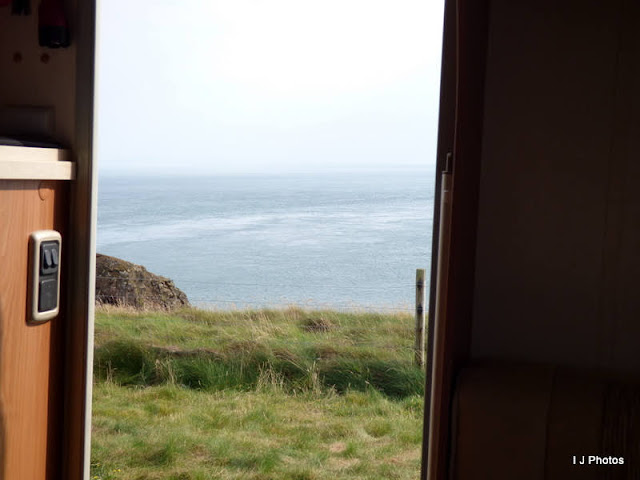 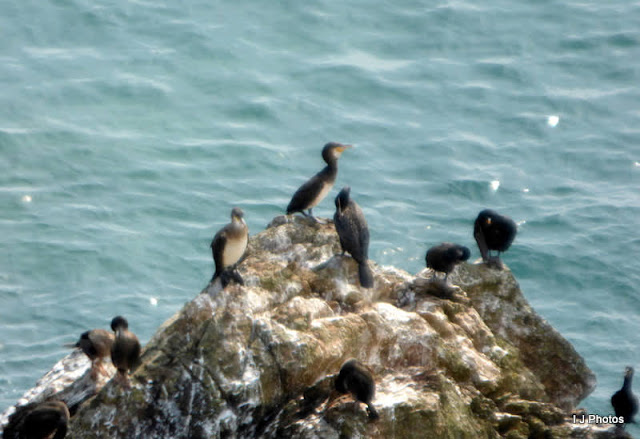 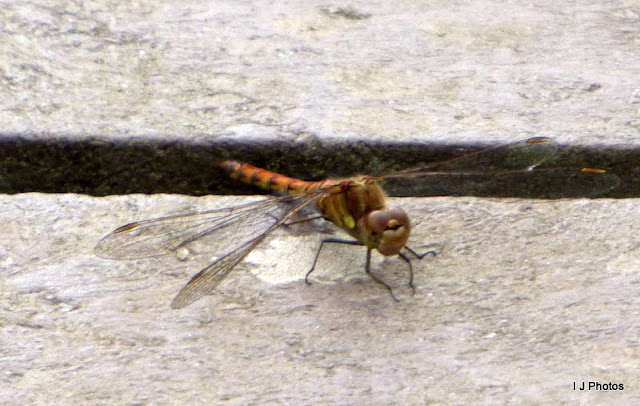 Posted by Ian and Irene Jameison at 6:19 pm

Absolutely fabulous pic of Toffee in the lake at sunset, sorry that you had to brave the midges to get it though and hope you were able to sleep ok.
The Mull of Galloway looks like a grrreat place to be, thank you for sharing your pics of all around the area....just beautiful.
Take care now,
Ann Makemson.xx