I couldn't believe my eyes this morning, dog's barking woke us up, in fact it woke everyone up it was that loud. Being nosey I lifted the blinds slightly. One of those 4 X 4's had arrived. 5 dogs were leaping about having jumped out of the boot, not small dogs either, more Lab/GSD size and then the back door was opened and another 4 appeared, all of a similar size. Crikey, 9 dogs in one vehicle that must be a record but hang on...the passenger door opened and another 3 came out of that!!! By now the noise was deafening, they could still be heard as they disappeared into the distance. Now correct me if I'm wrong, but isn't it law to make sure a dog is secure in a vehicle either by harness or cage.  I'm sure the Police would have a field day if that person was caught. This from Auto Express

If you plan to carry your dog in the car, the law is pretty straightforward. Rule 57 of the Highway Code states that you must “make sure dogs or other animals are suitably restrained” in a vehicle. So, you can’t have Bonzo wandering around the car’s cabin or sticking his head out of the window as he sees fit.

Motorhomes started leaving it wasn't even 7 am. Not us though, we wanted to give Toffee another good walk before leaving. Breakfast consisted of bacon and eggs, toast and marmalade. A decent meal to set us up for the walk. We would make for Lytham St Anne.

Two hours later we were back. Playing with Toffee, having a coffee when we arrived at Lytham and a slow walk back because of knee pain, all took time. Our 24-hour parking ticket was up at 13.00 and with the clock ticking rapidly toward that time we left without bothering with lunch. Destination Williamson Park. 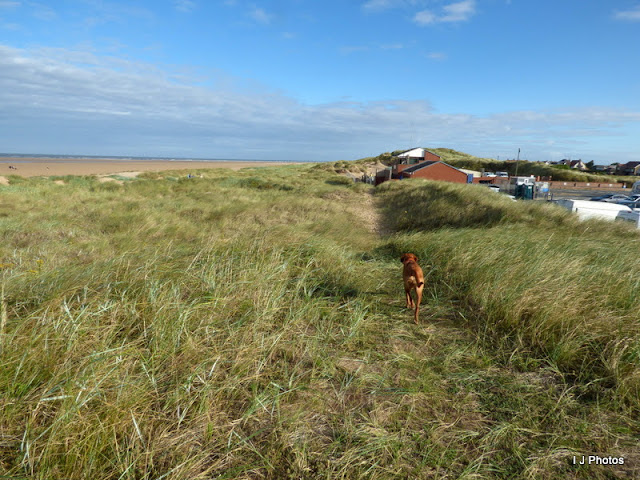 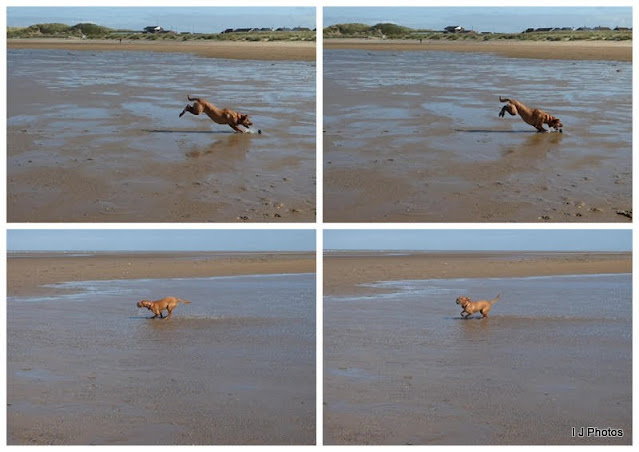 Sat Nav showed a time of 45 minutes to get there. That would have been achievable if it hadn't been for going through Blackpool again. Now that the weather had improved considerably from yesterday, every man and his dog were out enjoying the sights. 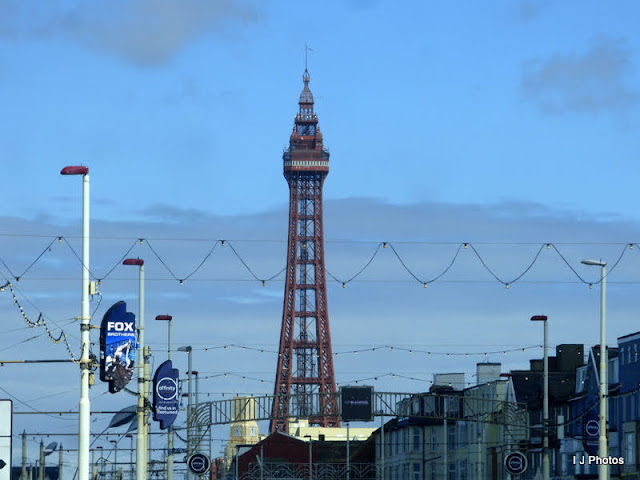 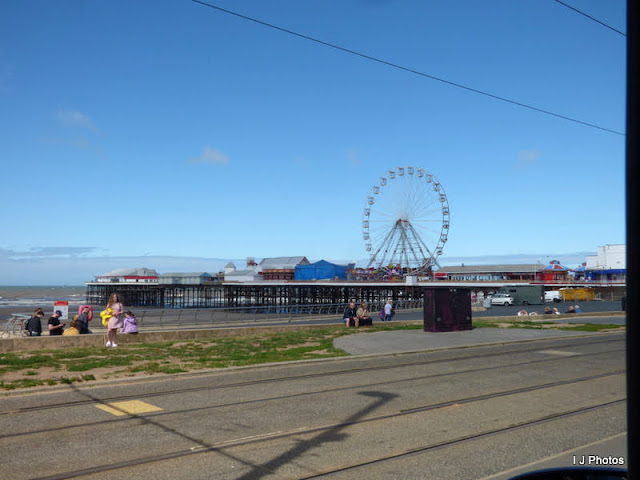 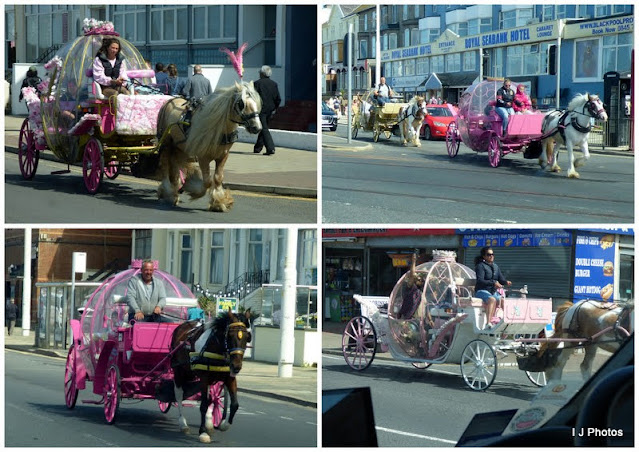 Matters went from bad to worse because of road closures. Sat Nav insistence that we do a U turn when the road she tried to direct us down was closed, only got us flustered. I couldn't even rely on the proper map, no idea where we were! Anyway Ian's sense of direction is second to none, and somehow she approved of his choice 'cos she started talking to us once more and eventually Blackpool was left far behind.

Williamson Park was free. The only thing to be paid for was the Butterfly house, but I forego that because it wasn't fair to leave Ian standing outside with Toffee. Instead, a walk toward the reservoir, disappointing because of the wall surrounding it and the only gate into it was locked. We did find a small bird hide and the circular walk seemed to poop Toffee out. I don't think she was used to this much walking, she may well sleep tonight instead of wanting to play. Fingers crossed! 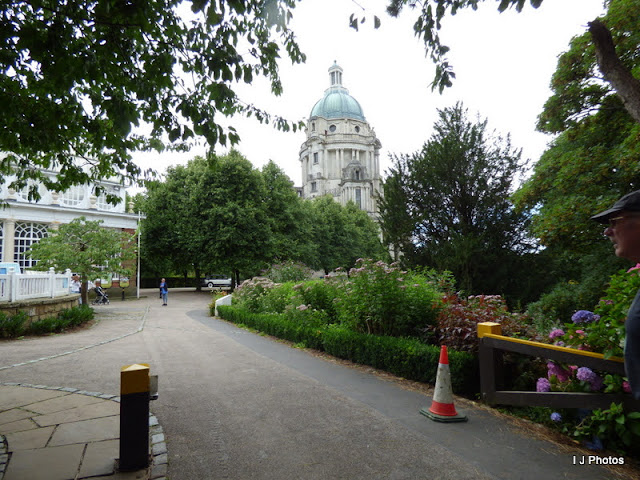 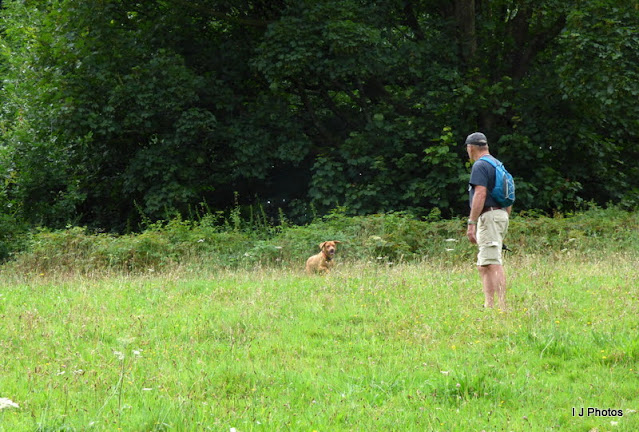 Three miles from the park another CS site was found. Loo emptying and water a must. Electric hook up is always a bonus, batteries can be fully charged and the computors can be left plugged in. Off to the Lake District tomorrow, I can't remember how many years have gone by since we were last there. Really looking forward to that. 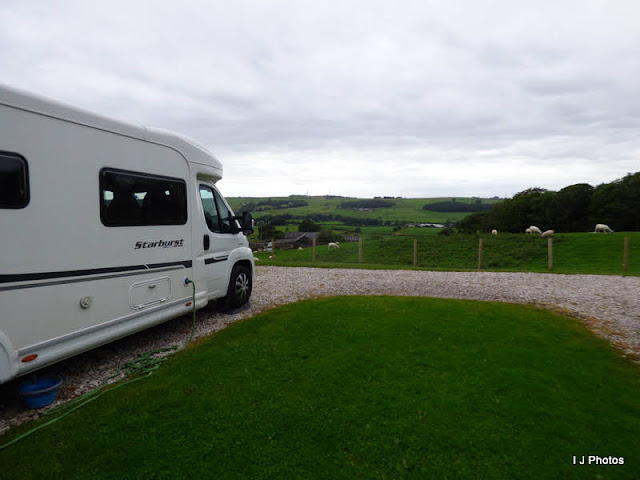 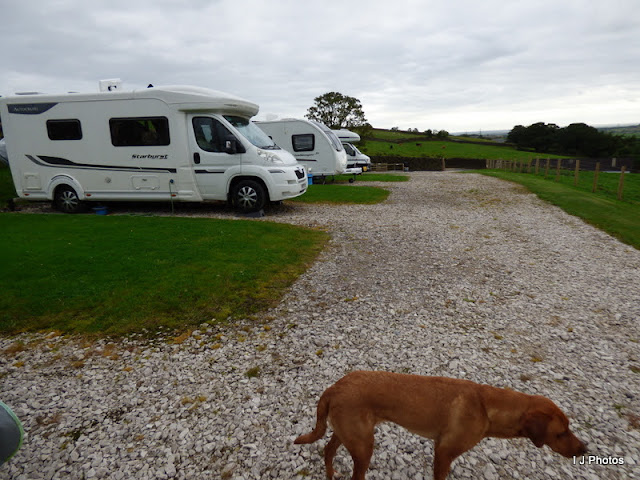 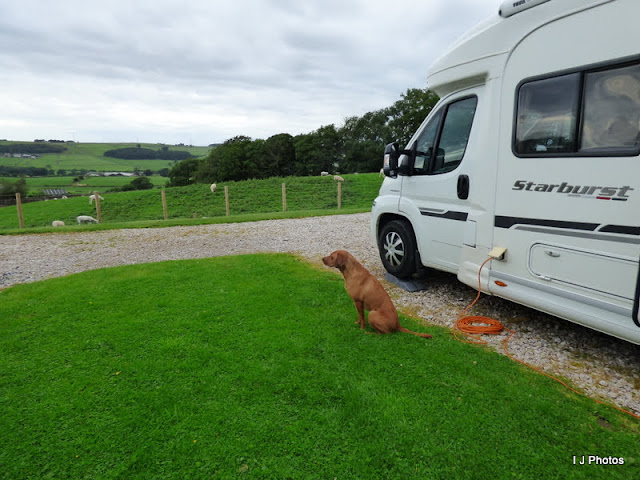 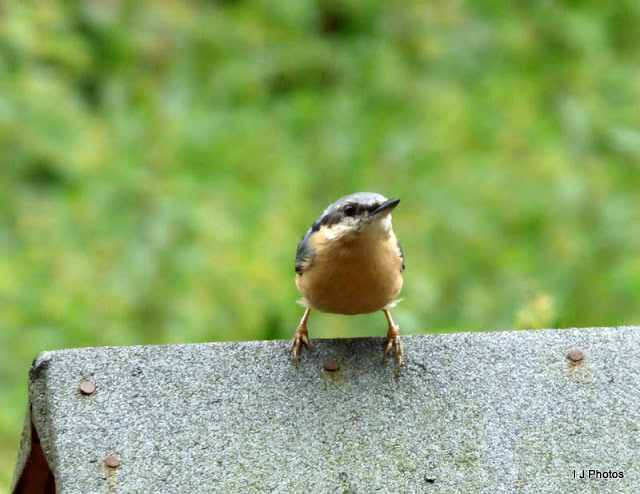 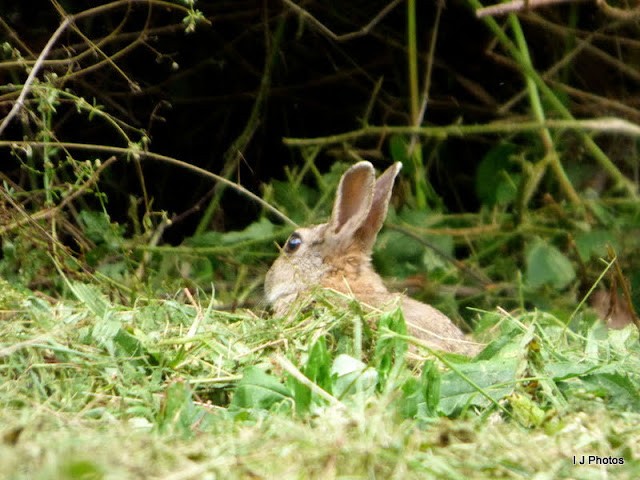 Lovely Irene, you seek out all the best places for your pics.
I liked the horses and carts with the 'pumpkin' style covers in Blackpool, that looked like fun.
Do take care you two and don't wear the dog out tooo much either.
Ann Makemson xx

Thank you, Ann. Toffee will certainly be fit by the time she goes home. Just wish I could say the same for myself! Xx