The meal at the New Inn was everything it was cracked up to be. Good food and good service. Price was very reasonable for 3 main meals and 3 deserts.The total only coming to roughly £48 for the three of us. It wasn't until Ian checked the bill this morning that we realised that all the drinks had been missed off. Thats 2 pints of Bitter, ( Ian ) 2 pints coke, ( Chris cause he was driving ) and 2 large glasses of red wine for guess who! We did feel a bit guilty this morning but then again it wasn't our fault they forgot to add it to the bill. Anyway after washing the roof and side of the boat and taking Jade for her walk, we traveled a few 100yds to the water point. The other side of the boat was washed and within 30 minutes we were once more on our way. As we dont need to be off the River Wey until tomorrow and because I loved the meadow so much below Paper Court Lock, that is where we made for. Ian will check batteries and maybe do a bit of painting. I'm off exploring again and taking my macro lens on the camera to see what else there is to photograph. It's a bit windier today so trying to keep my subjects still might be challenging but I'm going to give it a go. 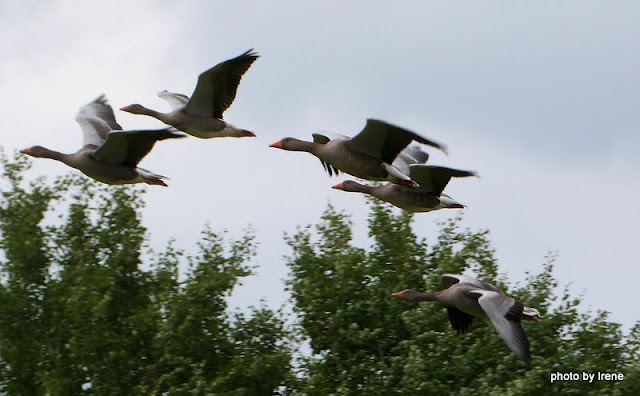 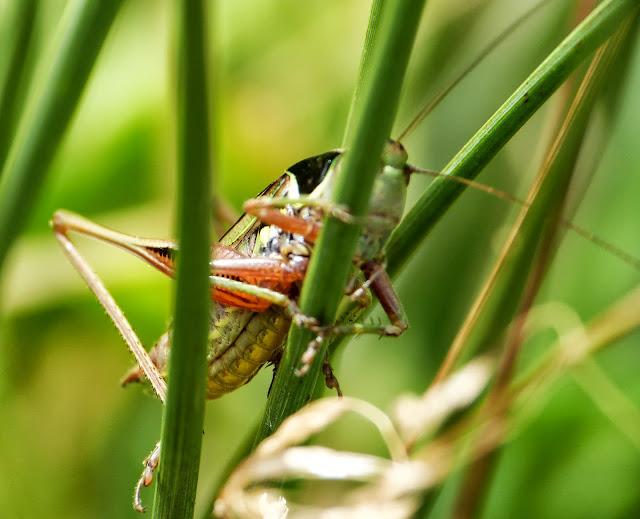 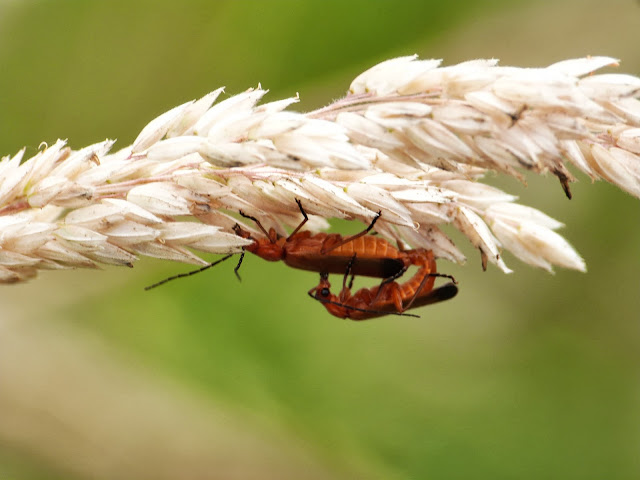 Posted by Ian and Irene Jameison at 6:27 pm No comments:

Today we have traveled all of 3 miles and 2 locks to the New Inn at Send. This is one place that many bloggers have recommended and as we are having a visit from Ian's oldest school friend Chris ( he was also Ian's best man at our wedding ) we decided that would would try the food at the pub tonight. With the rain beating hard down on us we didn't leave the mooring below Stoke lock until after 10.30am.  I also braved the weather earlier because a lovely couple walking their dog last night told me of a lake about 10 minute walk away. So leaving Ian to check our coolant water levels I made my way in light drizzle to the lake. Then the heavens opened. By now Jade was already wet having made her way to a convenient doggie swimming spot, but I only had a T shirt and body warmer on!. I made a hasty retreat back to the boat where Ian offered to rub me down instead of the dog! I chose the dog! So once under way, with it still raining I might add, we shared both locks, one with a private boat and the second with a hire boat. Never having done a lock before on their own, always having had another boat in the lock to do it for them, they really had know idea of what they were doing. Ian talked them through the procedure and let them do it for themselves. They were very grateful of our help and what I should have mentioned earlier was that as we arrived on the landing they were trying to open the top gate after dropping both paddles with the lock only half full!!Thankfully they let us leave the lock first because it was a good 15 minutes after we had moored at New Inn before they showed up. Plan for this afternoon, walk the dog, tidy boat and then go fishing. If the rain stops that is! As not much has happened today some more pictures of our journey on this lovely river. 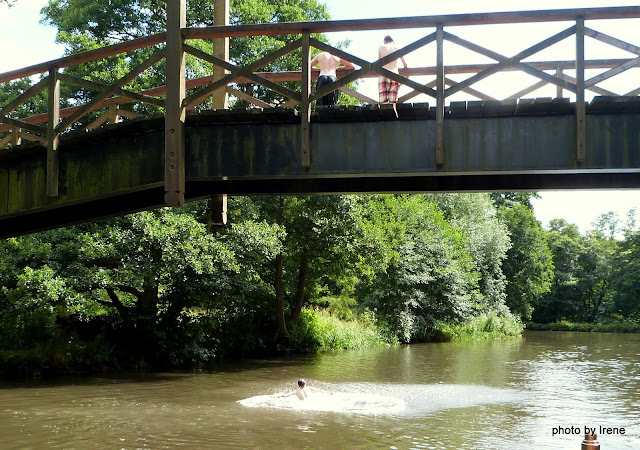 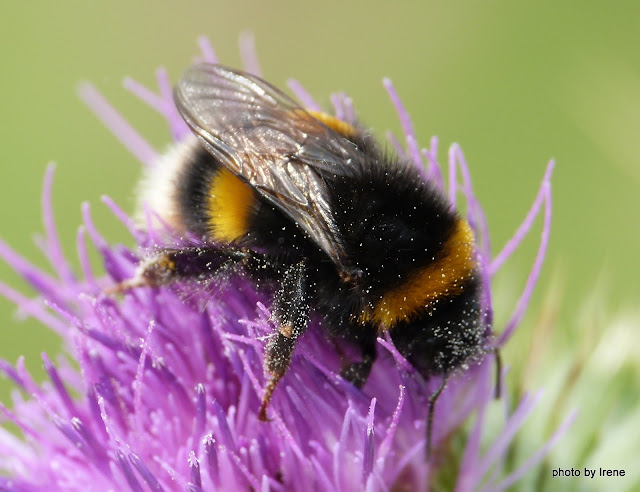 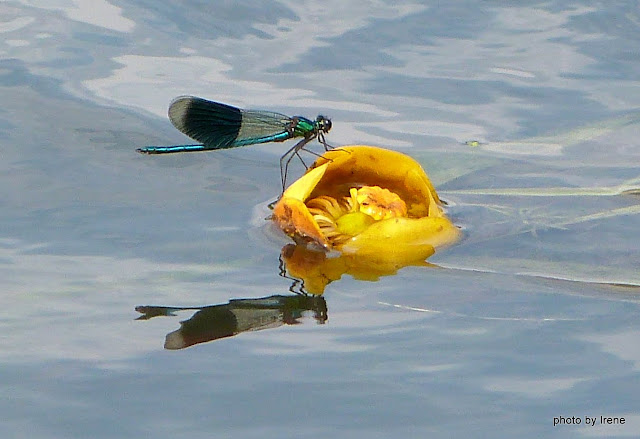 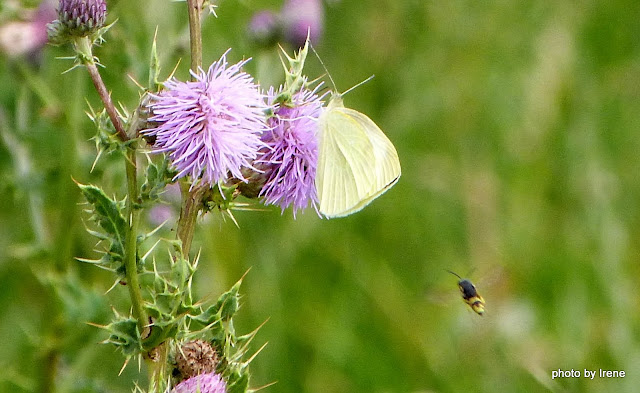 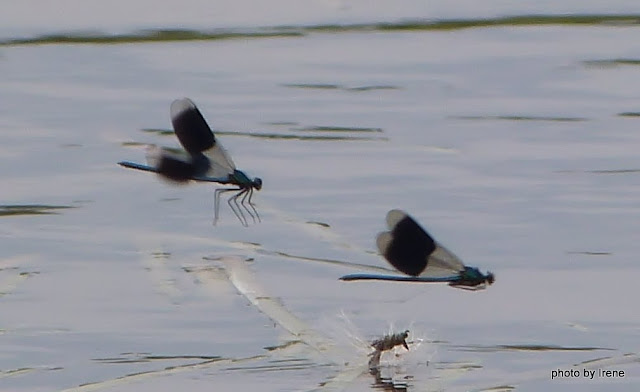 Posted by Ian and Irene Jameison at 6:35 pm 2 comments:

Having slept well in spite of worrying about the bridge, both of us were up fairly early and while I started breakfast, Ian remove my plant boxes, TV aerial, top box solar panel and the top box covers  with the hope of reducing as much height as possible. By 8am we were ready for the off. First though we had to wind! We debated whether the river was wide enough by our mooring on the meadow but having watched a hire boat make a complete arse of himself by getting stuck just a few yards further on, thought better of it. Only place left was the weir stream above the lock. We waited for a boat to pass and go into the lock before attempting the maneuver. The pointy end went in fine but when Ian tried reversing to swing the front end round we found the pull on the bow from the weir a tad strong. In the end poling the front round seemed the only option. Eventually we made it and very pleased was I that the gongoozlers were nowhere to be seen! Next stop St Cathrine's lock and then the dreaded Broadford Bridge! Now I can safely say we had that eureka moment when the highest point of the boat, being the horn, went through with an inch to spare. 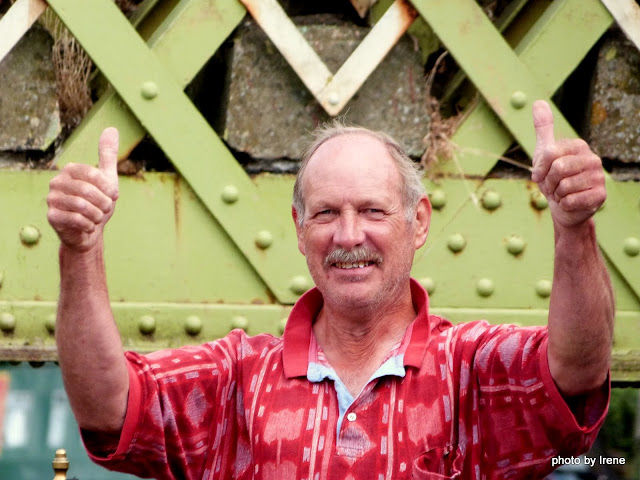 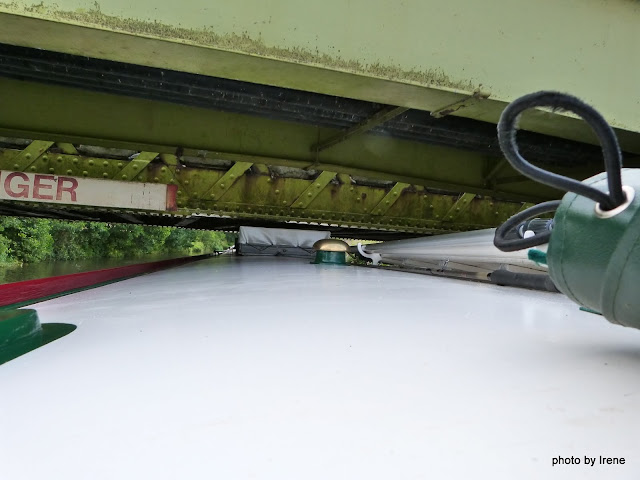 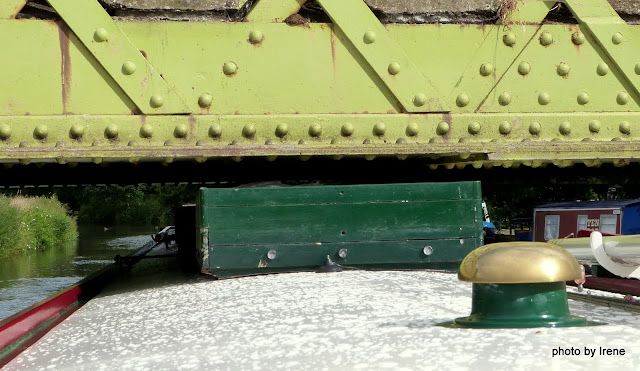 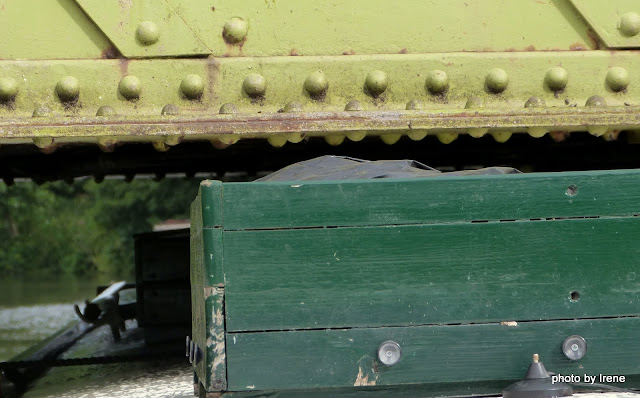 We celebrated with a cup of tea and slice of my banana cake and went merrily onwards to Godalming. The start of the Wey and Arun was soon upon us so photos had to be taken. 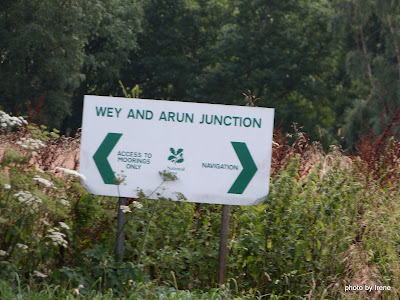 On reaching Godalming not a mooring to be had. To wind was a little difficult as the trip boat was on its moorings and with the wind blowing against us Ian had to jump off at the front and virtually pull the boat round. We stopped on the services and with a very quick shop in Sainsbury while Ian emptied loo and watered up, we set off back to Guildford. This time the bridge held no fear and now that we were going with the flow, made good time. We did stop briefly at Dapdune Wharf visitor center to have a wander round but within an hour we got underway once more to find a more rural spot. Certainly been a day to remember at Broadford Bridge and one I'm so glad we attempted. We so nearly chickened out! 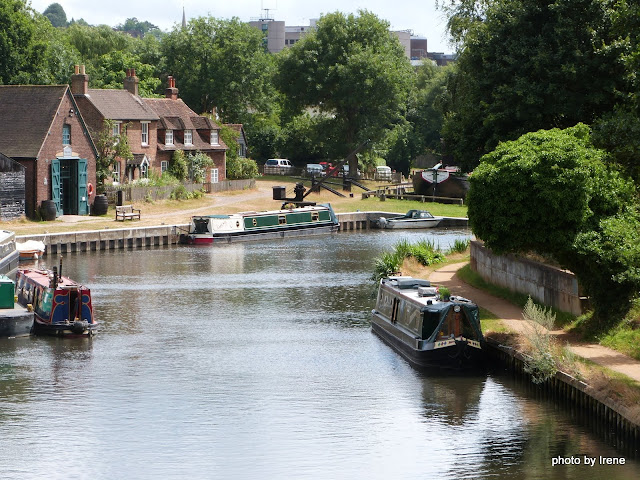 An array of wooden sculptures aligned the towpath at Woodbridge meadow (Near to Dapdune visitor center) plus this fabulous train marking the height gauge of a car park.

This notice was by Cattershall lock on the hire company wall! 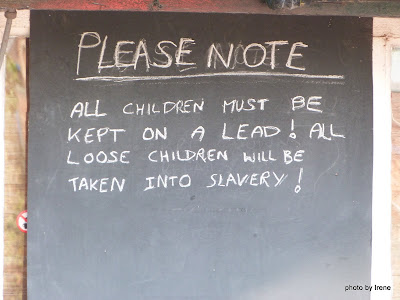 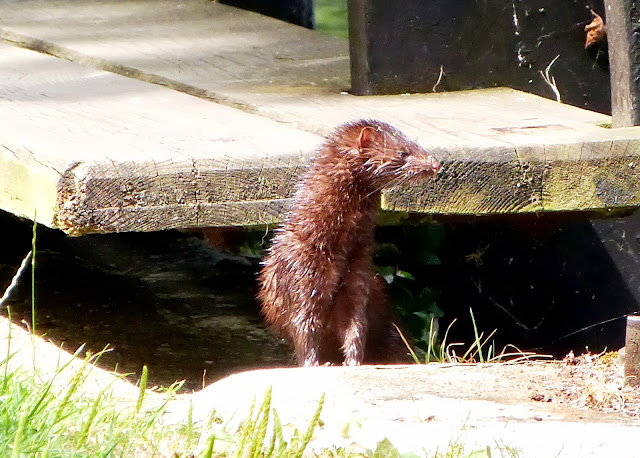 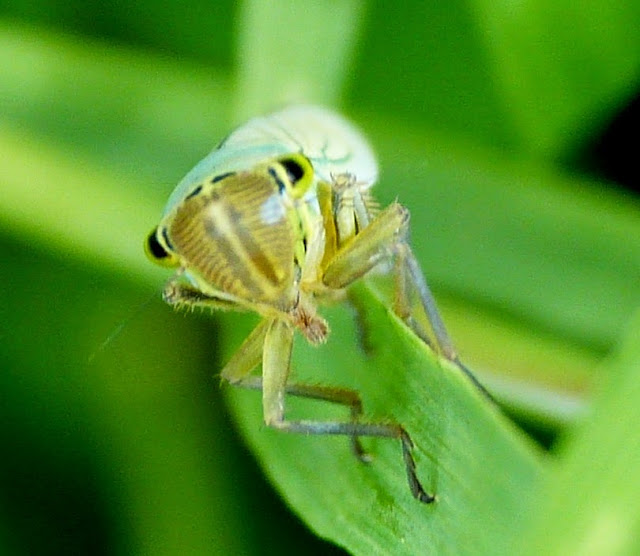 Posted by Ian and Irene Jameison at 5:52 pm 3 comments:

Will we or wont we get under the bridge.

The long awaited storms arrived with vengeance last night. The thunder rumbled for ages and Ian estimated the eye of the storm to be roughly a mile away. ( counting how many seconds between lightening and thunder.)  All I know it was blooming loud! Dog shook at the first sign and continued to shake for ages. She even refused a chewy so must have been stressed. The torrential rain continued well into the evening and as a precaution Ian slackened the ropes in case the river rose. It was with trepidation that I looked out the bedroom window this morning and wondered if we were still tied to the bank. Phew......we were still securely moored although both ropes had gone taught. Today we hoped to get to St Catherine's lock past Guildford, moor up and walk to the lowest bridge on the River to see if we would fit under it. With rain forecast we set off a bit earlier and within 5 minutes got to Papercourt lock. On our guide there is a warning of strong cross currant below the lock but with a bit of power she sailed in. 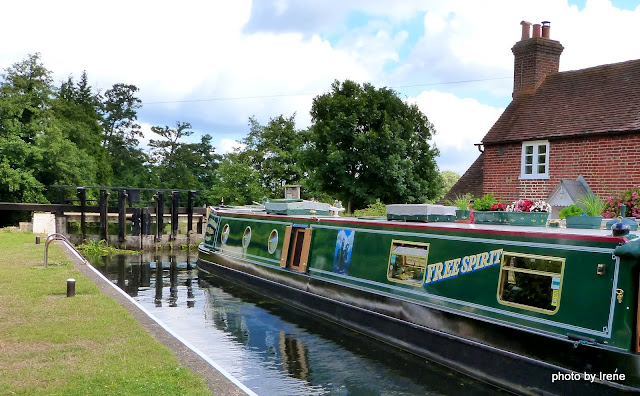 Most of the locks we encountered today had top gates left open so the time it took to close gates, empty lock, rope up and slowly, and I mean slowly cause the force of the water was pretty turbulent and we could only crack one paddle bit by bit, and ascend took at least 20 minutes. What we found unique about Triggs lock pictured above was the amount of lock paddles gear on the bottom gates. They appear as if they could still be used but Ian only lifted the two end paddles.


Traveling along this waterway one can see why it is raved about. It is rural, quiet and most of all very beautiful. Definatly goes onto my all favourite rivers. 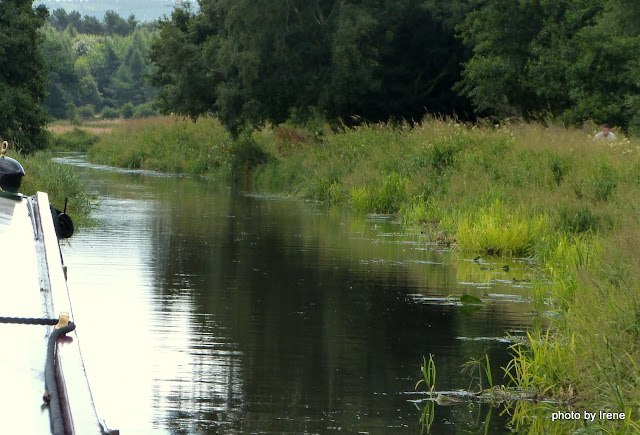 There are certain parts of this river that can catch the unawares. Even with our guide book telling us to keep right or left its sometimes easier to do ones own thing. We knew the bend at Broad Oak bridge was sharp, and we made it round okay but you are almost immediatly confronted with two arches of the bridge to go through. As Ian was on the left side of the river he chose the left arch. Nothing on the bridge to say any different. We made it through okay but on looking back the navication notice was for the right arch. See what I mean about doing your own thing!


Then to catch us out yet again with me at the helm this time, I came round a left hand bend and there right in front of me was the lock. It was almost impossible to get to the landing and having our first bit of luck of the day, found the bottom gates open beckoning us in. How to get Ian off though. The only ladder was on the left wall and so with a lot of maneuvering managed to get Ian to the ladder. 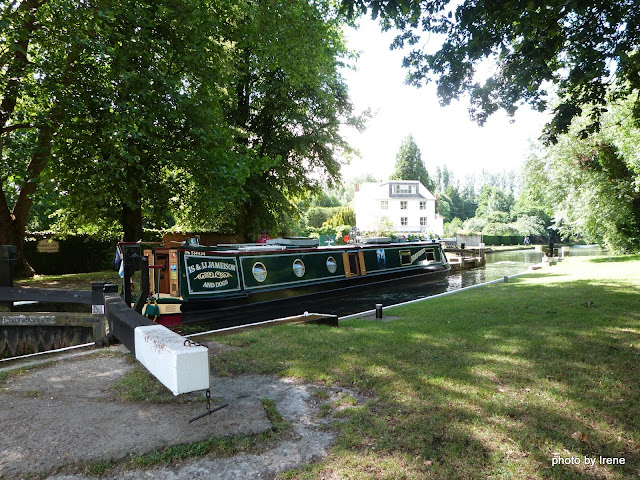 By now time was marching on and another 2 locks to go before Guildford. On the outskirts of Guildford we pulled in to do a very quick Tesco Shop. There are a few moorings opposite the cinema which are 24 hour mooring. Not a single boat on them. Could have something to do with the reputation the local youths have given this town. Anyway we made our way through Milmead lock in the heart of the town where we were closely watched by the usual  onlookers.

Having decided to walk to the bridge we tried to find a mooring near to it. Nothing at all before St Catherine's lock although we did try several times. Nothing for it but wind round and moor on the meadow and walk the half a mile to the bridge.

And the answere to my post title......... We are still not sure but the river gauge stated the levels to be 2 mtr and we need 1mtr 90. It will be close but we are going to try for it. My post tomorrow might be full of woe or full of glee hopefully the latter. 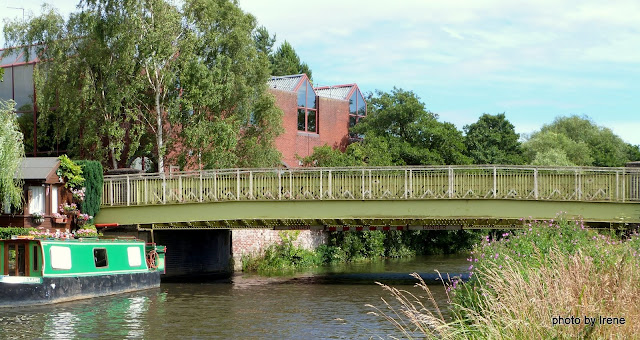 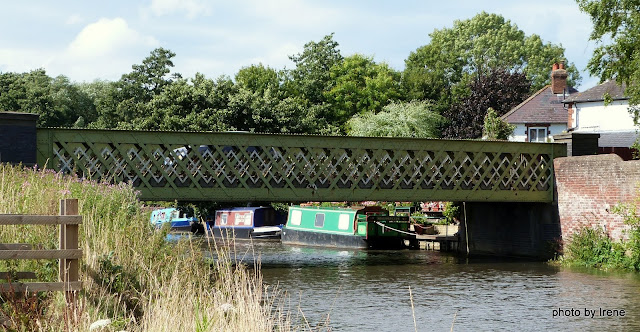 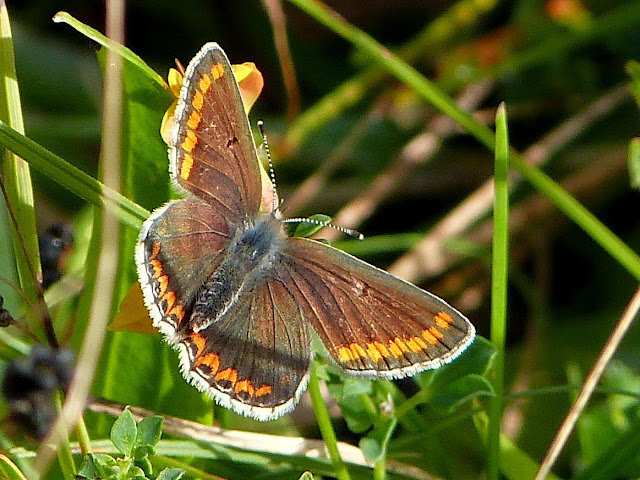 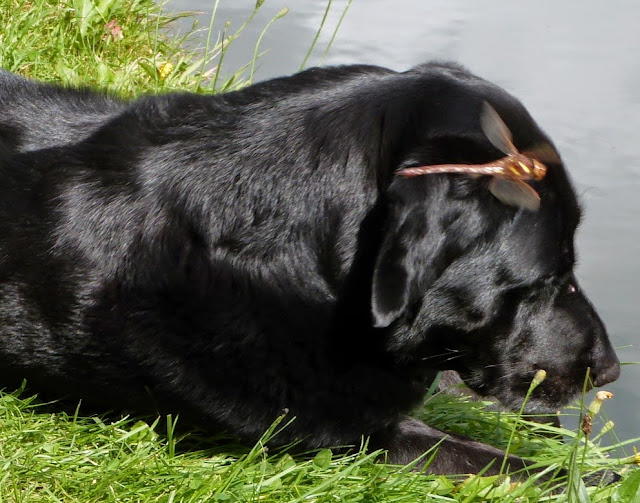 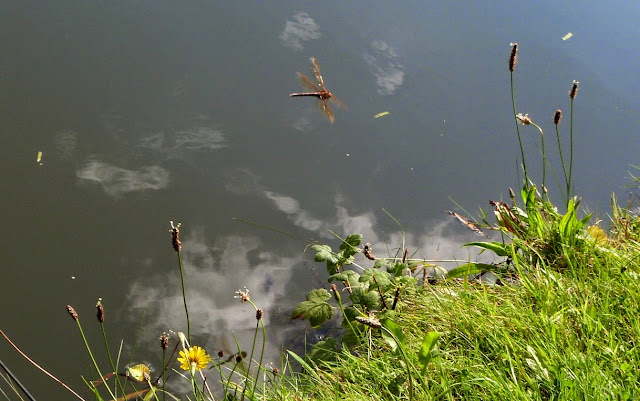 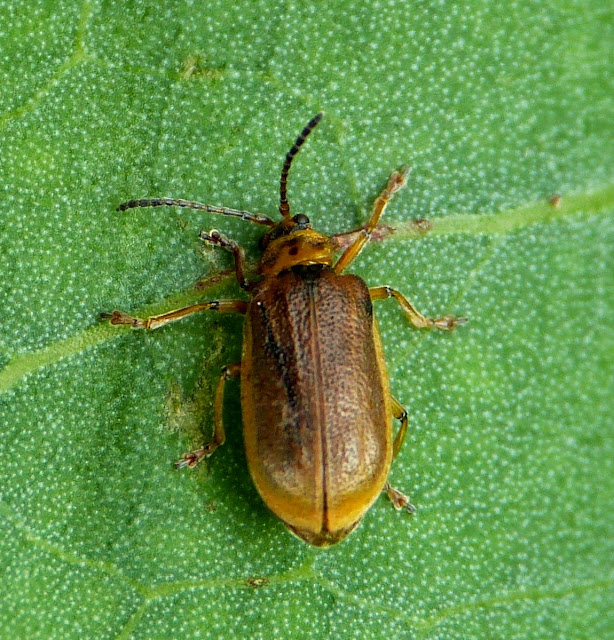 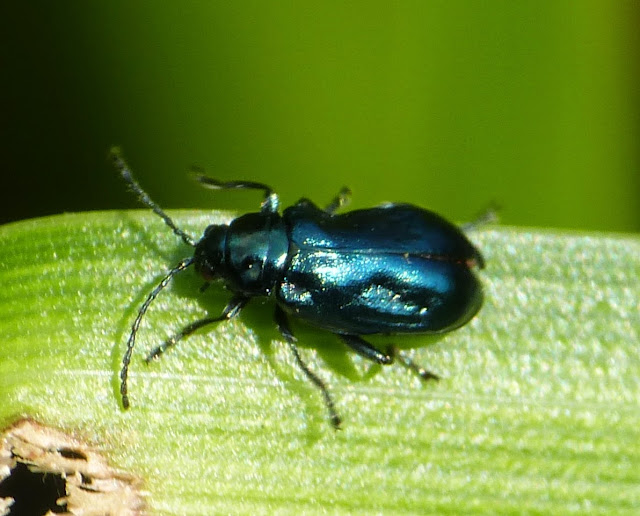 Posted by Ian and Irene Jameison at 7:34 pm 3 comments: