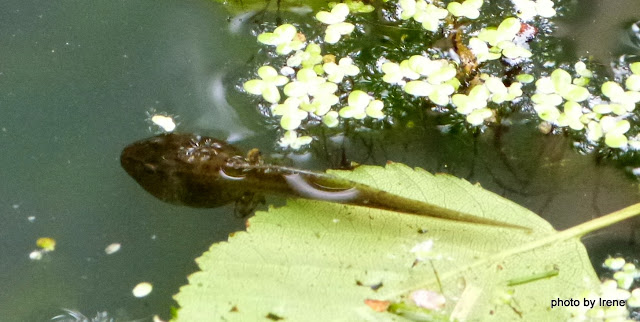 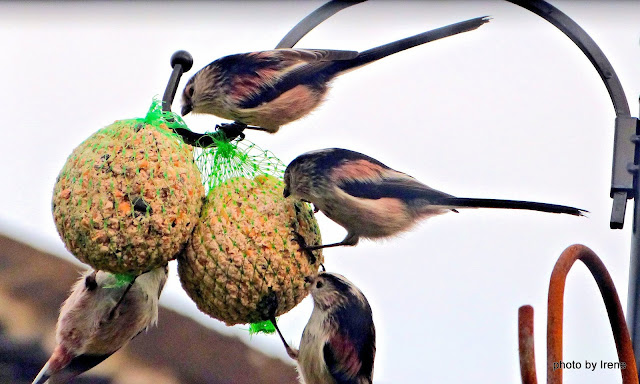 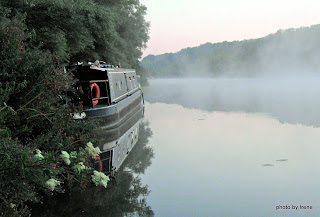 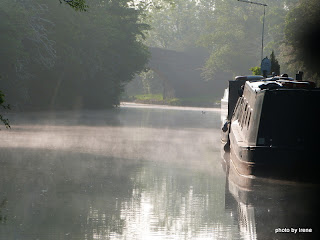 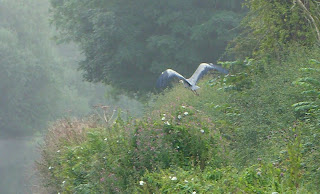 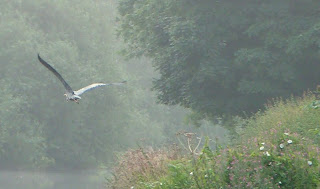 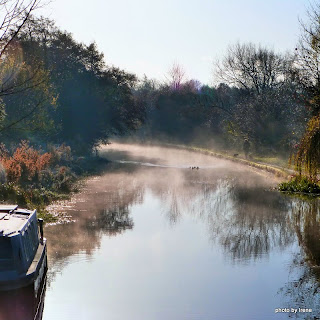 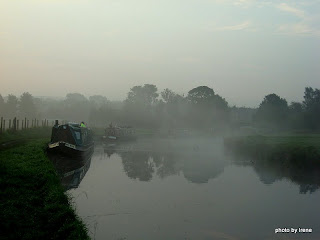 Posted by Ian and Irene Jameison at 5:00 pm No comments: 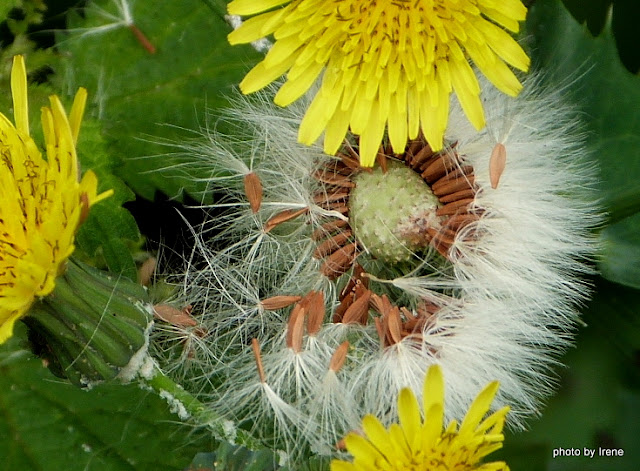 Posted by Ian and Irene Jameison at 1:38 pm No comments:

Posted by Ian and Irene Jameison at 3:11 pm No comments:

Yesterday was an experience we wont forget in a hurry. There we were, queuing at the checkout in Aldi in Ilkeston, when suddenly we heard a huge clap of thunder and the heavens opened. It was as if a tap had been turned on from above producing a fast amount of rain and hail. There were people ready to leave the shop and were standing in the doorway waiting for it to subside, when suddenly a torrent of water poured down from the gutters completely drenching them. It was just like a waterfall cascading down on those unfortunate folks who lust happened to be stood in the way.  They leapt back to get away from the deluge but in doing so the automatic doors stayed open, allowing the water to pour into Aldi and flood the place! The girl at the checkout shouted across to two of her fellow employees, who just happened to be men, to do something about it. They did no more then grab a mop and bucket and start mopping up. As if that was going to be of any use! In the mean time we all stood as far back as possible watching the water rise and hoping that the rain would stop and we could make our escape before the water came over our shoes!! Eventually the entry door was opened allowing the majority of folk to get outside and shelter under the corrugated roof and the exit door was then closed ( by the lady on the checkout), which stopped any more of the water from getting in. Why these men didn't do that in the first place is beyond me. Mind you all those stood at the front should also have had some sense and closed the doors! These next few pictures were taken on my camera phone so there not brilliant but you can get some idea of why 5 minutes of very heavy rain caused complete mayhem.


We did eventually get to the car, ( well Ian went and fetched it wading through several inches of water while I stayed in the dry. My hero :), and high tailed it as fast as we could back to Langley Mill. You see. Jade was alone in the boat and fireworks and thunder makes her hyperventilate and turns her to a quivering wreck. We knew that she would be freaking out, but before we could get into the boat I was flabbergasted by what greeted us. The water in the basin had risen several inches and most of the coping stones by the boat were now underwater. Its a good job Ian had made a step for us otherwise we would have had to paddle our way through. Jade was ecstatic that we had returned and rescued her from the nightmare, racing from Ian to me and 'talking and thanking us' as only a dog can. 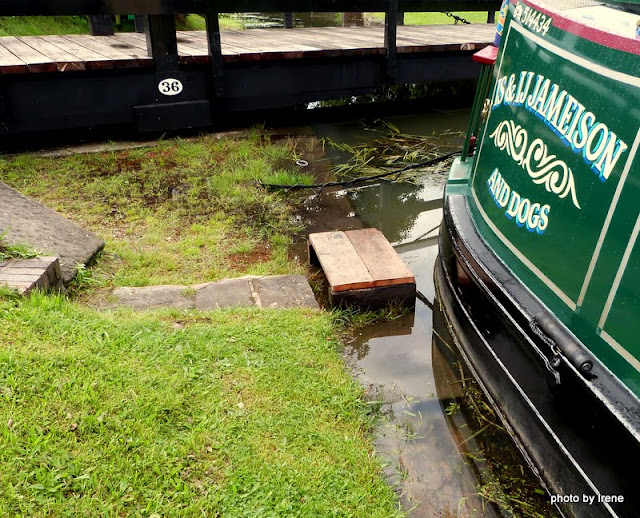 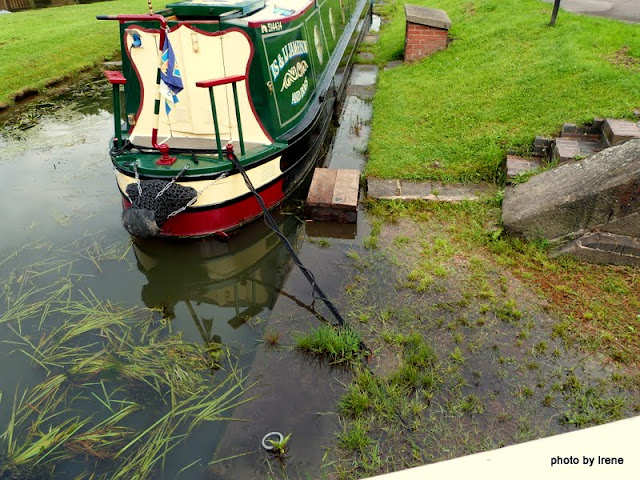 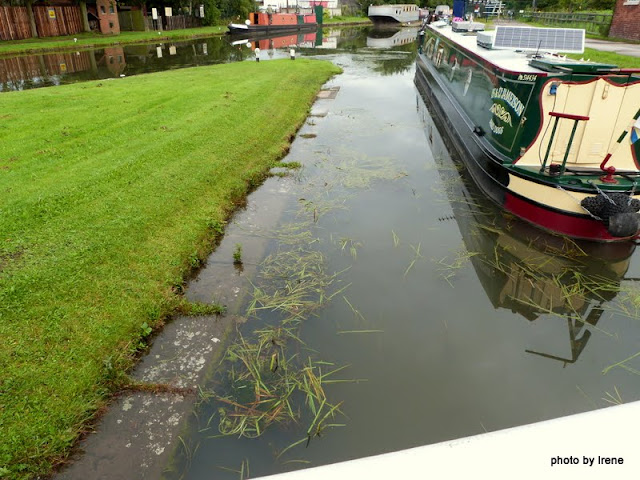 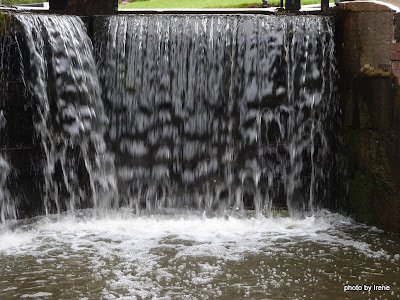 This morning I took Jade to a small stream nearby. No way would I let her swim in it today, though,  as these last couple of photos show. 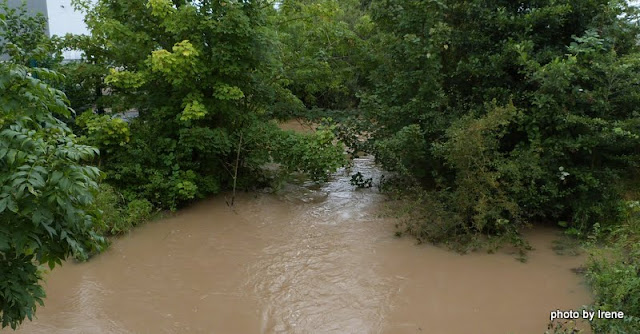 Posted by Ian and Irene Jameison at 3:57 pm 1 comment: 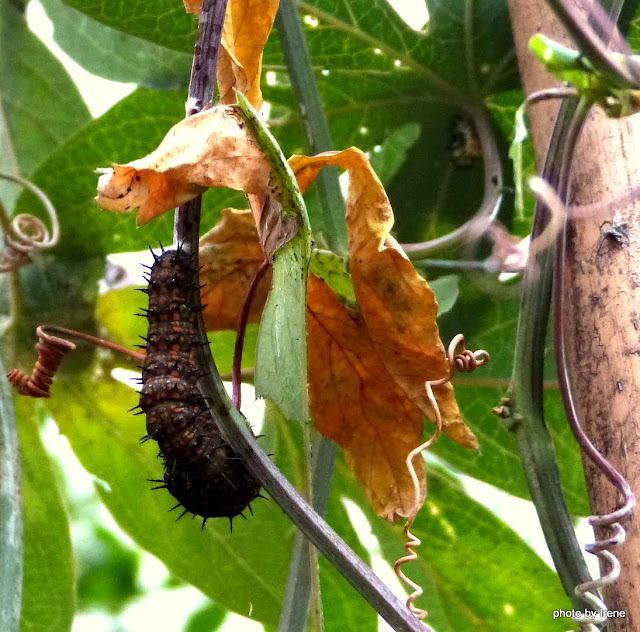 Posted by Ian and Irene Jameison at 4:26 pm No comments: 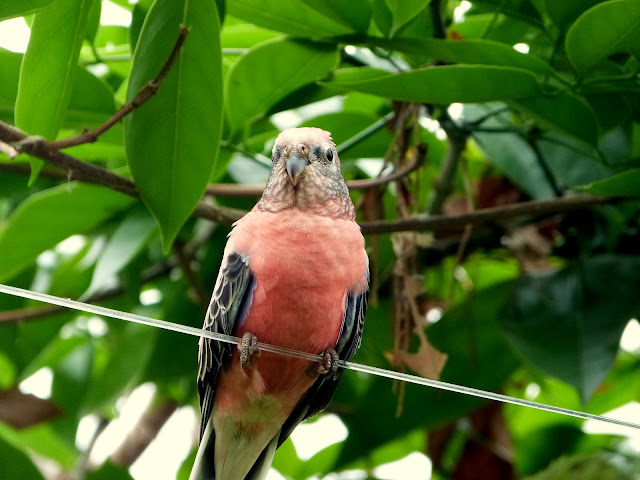 Posted by Ian and Irene Jameison at 3:12 pm No comments:

wasp????? on a thistle flowerhead 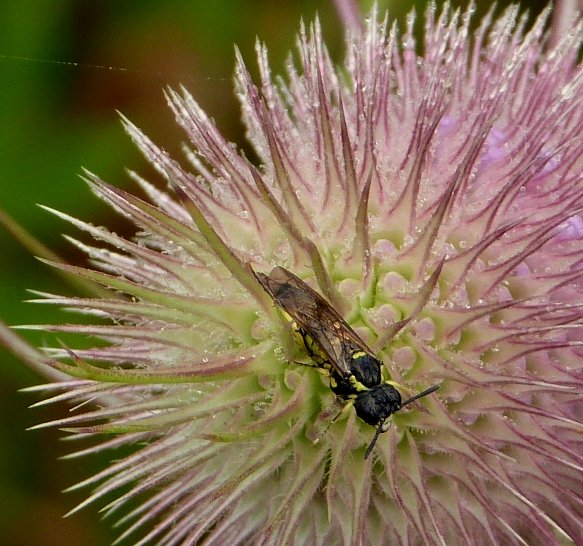 Posted by Ian and Irene Jameison at 5:47 pm No comments: 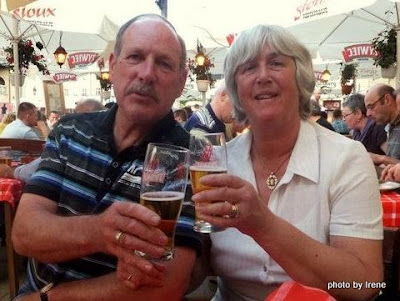 First I must say a massive thank you to all the lovely comments and well wishes we have received. It would be lovely to see you if you ever manage to venture up the Erewash. Just a quick note to Sue Nb No Problem. Our first meeting was actually at a windy Great Haywood. You came out of the Staffs and Worc onto the T&M, the wind took hold of the boat and you had a devil of a job to get to the facilities. Ian managed to grab hold of your rope and with the help of Vic, got you safely to the side.

Ian had his first chemo session yesterday and, apart from some heartburn when they gave the anti sickness drug, he came through very well. So, 1 down and only 51 to go!

Had a bit of  a weird moment yesterday, when returning from the hospital we noticed two men holding a huge pole in the air. Seemed such a strange thing for someone to do. Turned out they were from the Eastwood camera society and was taking unusual photos for a competition. The camera was mounted on top of the pole and with a time delay on before the snap was taken, took a panoramic view of Langley. Ian had a look at the photo and saw our boat from above. He said it was amazing. The competition takes place next Thursday and we have an invite to view the photos. Maybe our boat will be amongst the winning picture! 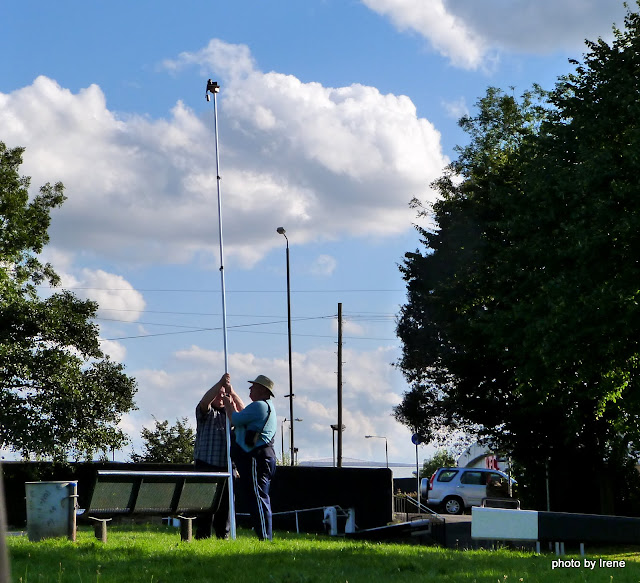 C&RT also put in an appearance. The paddle gear was all treated to a good greasing using a tool I had never seen before. Must save the mess over their hands and could also stop thick grease on the top of the paddle gear ( I always managed to rub against them when crossing the lock, no matter how careful I was. 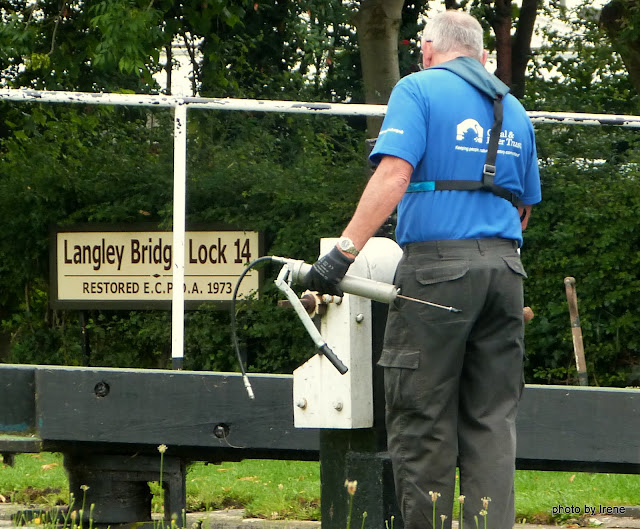 Tomorrow I continue with the piccys. Hope you all like them!
Posted by Ian and Irene Jameison at 1:07 pm 6 comments: 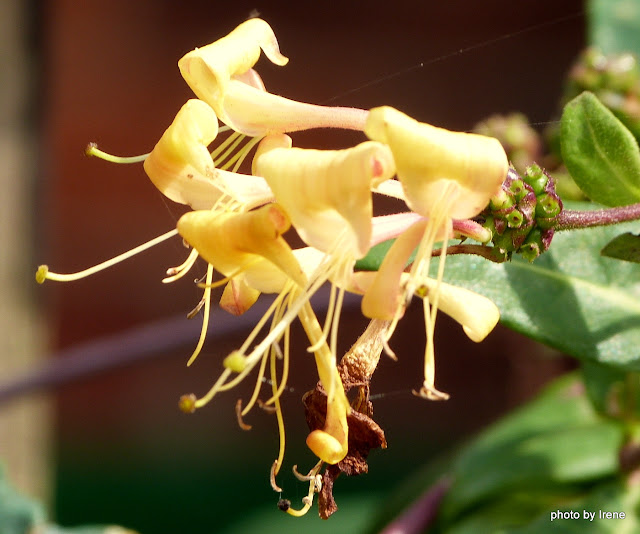 Posted by Ian and Irene Jameison at 5:33 pm No comments: 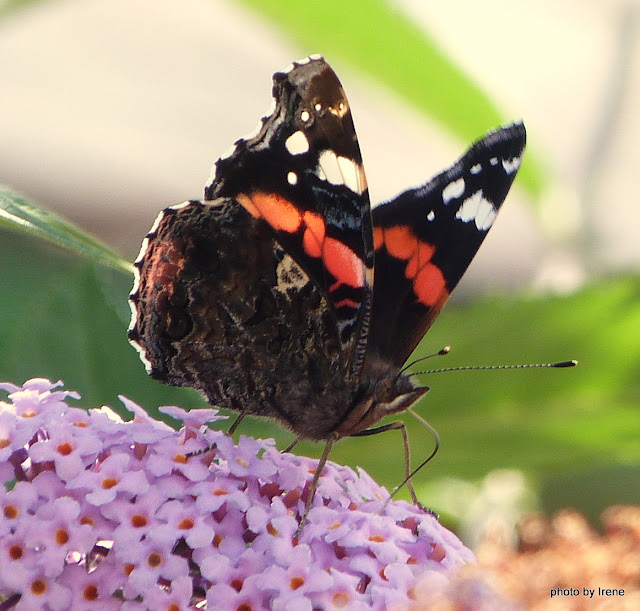 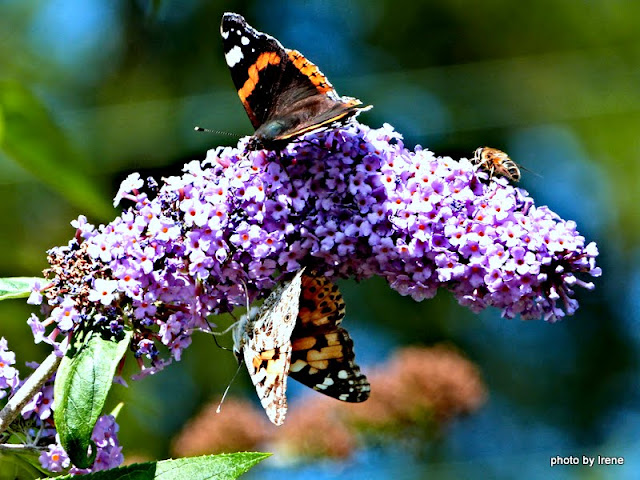 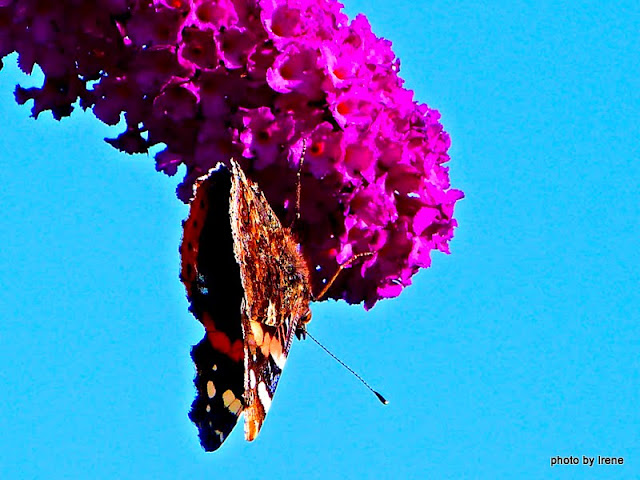 Posted by Ian and Irene Jameison at 1:47 pm 1 comment:

Posted by Ian and Irene Jameison at 5:00 pm 1 comment:

Just as we set off for Langley this morning, the heavens opened and it poured. Typical British summer weather. As if we haven't had enough of the stuff!  Hark at me ranting on about how wet it is and yet, not 2 months ago, I like many others, were praying for rain. Fickle is the word I can only describe for myself.  Having to wear a raincoat at this time of year and getting  horribly hot and sweaty was most unpleasant. Still the majority of our journey was dry so the coats stayed off more then they stayed on.
I had forgotten how pretty the Erewash was. Its only places like Ilkeston that lets the canal down. ( the usual rubbish floating about.) I did notice, though, how incredibly weedy it was. The canal needs more boat traffic otherwise it will become another forgotten and unloved waterway. The good news was I saw no sign of the Azolla weed after Pasture lock. In its place was duck weed, much better to have, in my opinion. Of course the graffiti appeared under bridges, but I felt this lot was rather tastefully done. These kids have a good eye for artwork. If only they would channel it in the right direction.

Mind you, one thing I did notice, was the amount of barbed and razor wire surrounding the factories and even some homes. The wire was particularly prevalent  at the coal merchants near to Barkers lock. We actually met C&RT clearing the bywash and asked why so much wire about. His reply:- To stop a certain boat from continually nicking the coal and other saleable goods from the area. I wonder who he could mean? 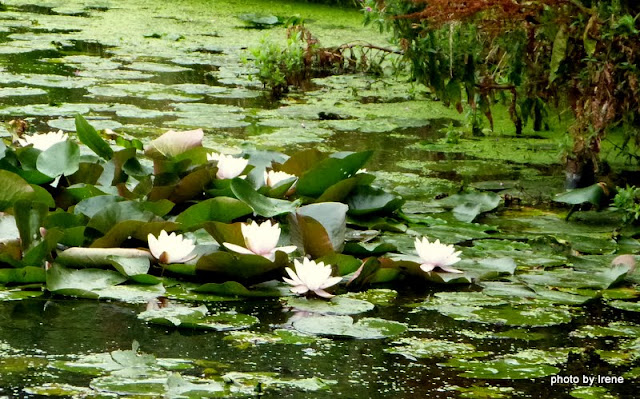 Posted by Ian and Irene Jameison at 6:47 pm 8 comments: