Can you believe it, the stove had to be lit...and it's nearly summer for God's sake. Feeling damp and chilly it was no fun to sit and endure the cold. And the rain....relentless for at least 24 hours. Sleep was disturbed by the incessant drumming on the cabin top and yesterday morning we had a mini flood right where we step off the boat. To drop the water levels in the basin both the top gate and bottom gate paddles had to be raised. The Nutbrook feeder watercourse, fed from the reservoir overflow at Moorgreen, certainly brought the basin levels right up. And to think not 5 days ago the back pump had to be switched on to raise the levels, that low we were on water. 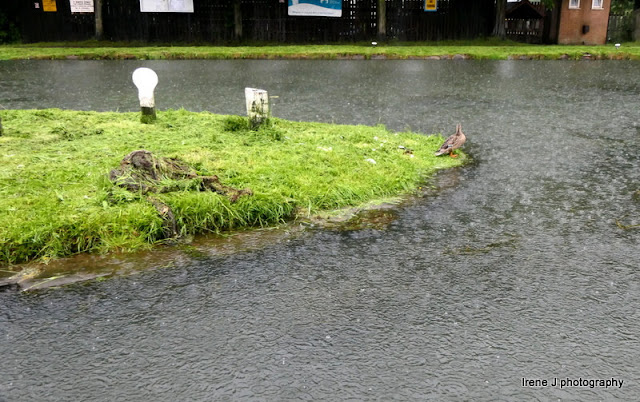 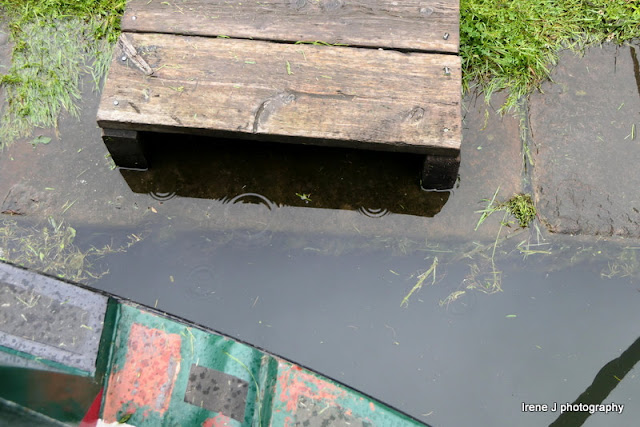 So the reason for the post is just to say all is well on the Jameison front. Plans can now be made for us to take the Beast on a two-week trip once we have seen the Consultant in early July. But that's not all. We are off to Poland for our Daughter-in-Law's parents Golden wedding anniversary towards the end of July as well. And...and....(can you tell I'm excited) my twin brother is arriving from Australia at the end of this month for a very short visit. He has a job to do in Ireland first and will 'pop in' on his way back to Oz.

We have had a bit of drama here with the wildlife. Another duck produced 11 ducklings, lovely to see after the predation of all 19 ducklings earlier in the year. But unfortunately, all those went the same way as the first. I was blaming the Pike until I witnessed a Magpie snatching a baby when it was off the water. 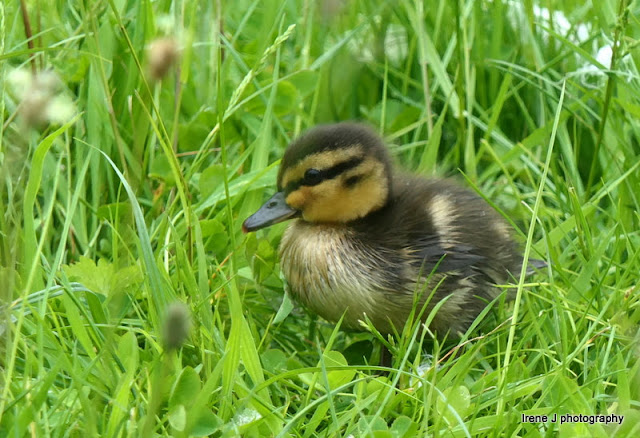 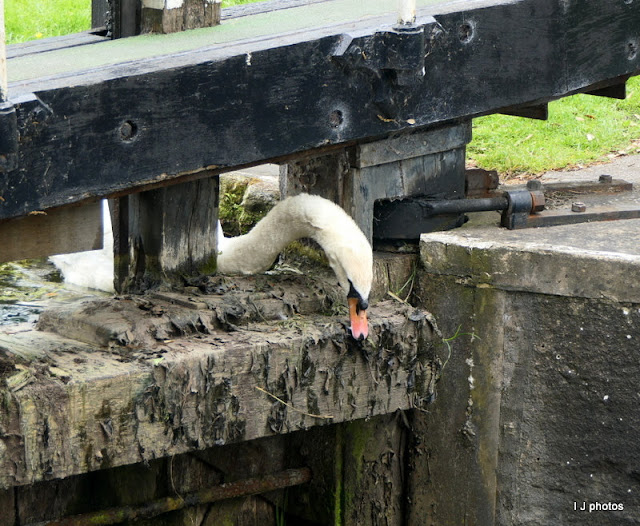 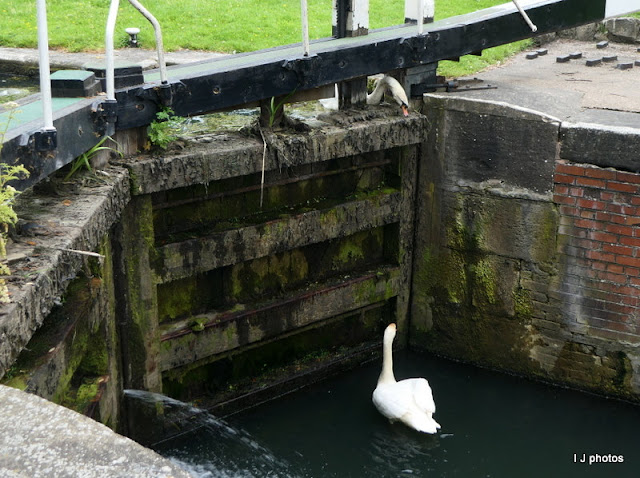 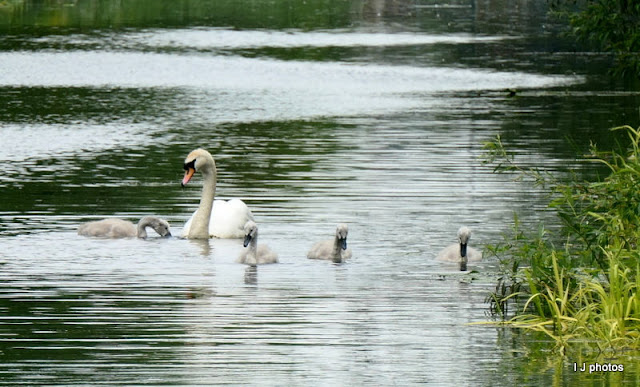 There were calming moments to be had though. This Moorhen showed her tender side and real motherly love to the chick. 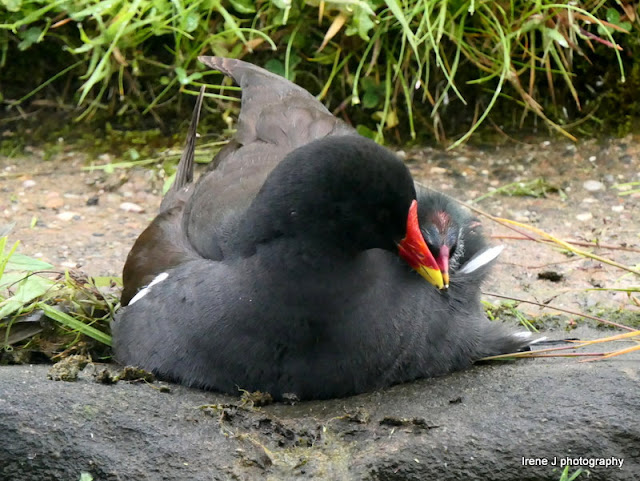 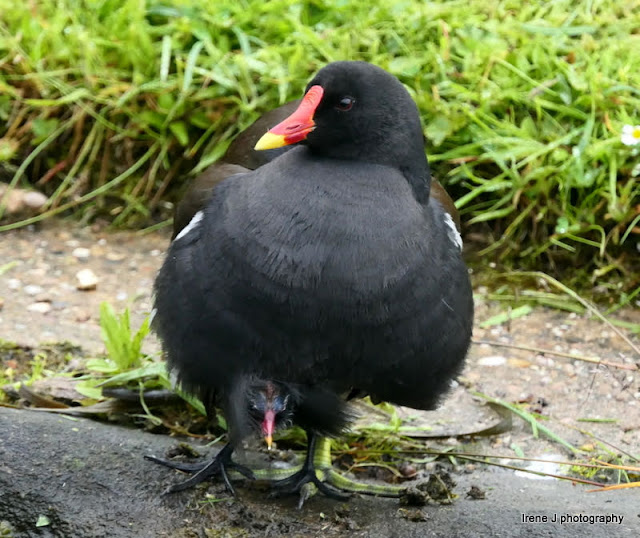 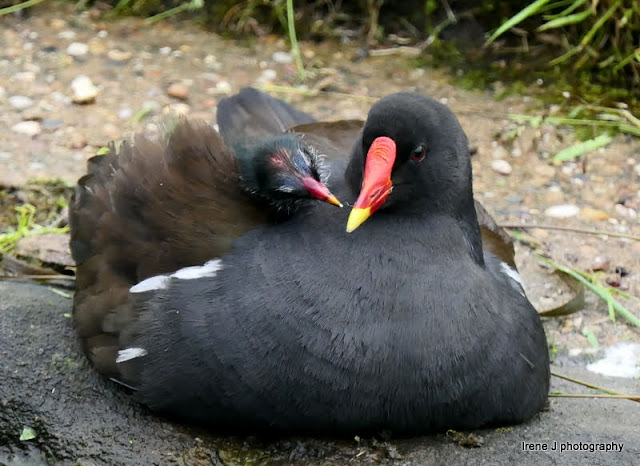 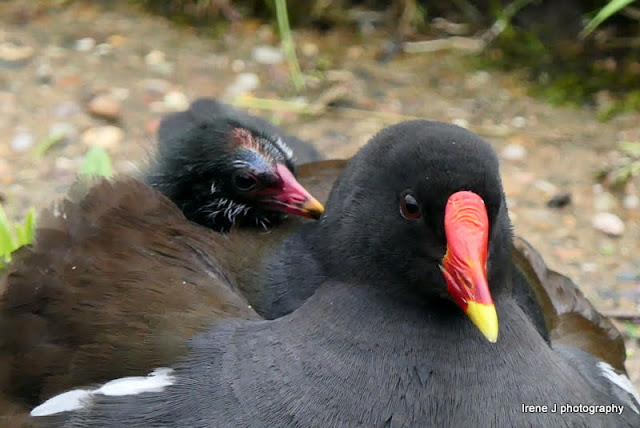 And sheltering under a grass leaf this Cinnabar Moth. 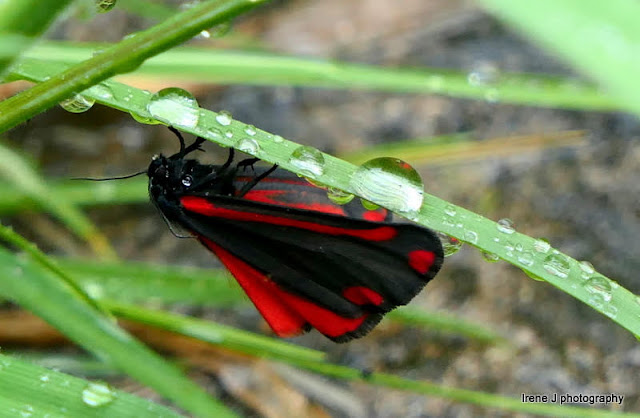 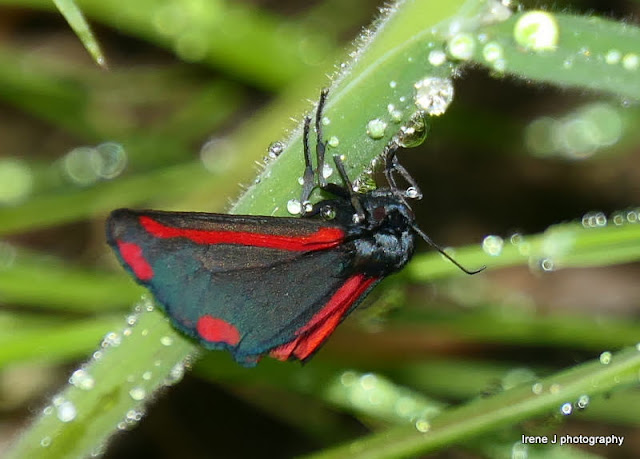 Posted by Ian and Irene Jameison at 8:06 pm 2 comments:

This is what was written on the ECP&DA facebook site,


Formed on 18th January 1968 to save the Erewash canal from closure, the ECP&DA spent two years restoring the original terminus of the Cromford and Nottingham canals which connected with the Erewash at Langley Mill. The Great Northern Basin was officially reopened in May 1973. In December 2017 the Lock Cottages at Sandiacre were purchased by the Association, which has looked after them for 50 years.
Norman Cornwell, Chairman, and his lovely wife Shirley Cornwell, Membership Secretary, attended a Royal Garden Party at Buckingham Palace in May, along with other recipients of this year’s Award.
ECP&DA is one of 281 charities, social enterprises and voluntary groups to receive the prestigious award this year. The number of nominations and awards has increased year on year since the awards were introduced in 2002, showing that the voluntary sector is thriving and full of innovative ideas to make life better for those around them.
The Queen’s Award for Voluntary Service aims to recognise outstanding work by volunteer groups to benefit their local communities. It was created in 2002 to celebrate the Queen’s Golden Jubilee. Winners are announced each year on 2 June – the anniversary of the Queen’s Coronation. Award winners this year are wonderfully diverse. They include volunteers helping people overcome mental health problems through sport, volunteers using caravans as mobile cafe/information centres in geographically remote locations and another group mentoring children who have a parent in prison.
Representatives of ECP&DA will receive the award later this summer, from Mr. William Tucker the Lord Lieutenant of Derbyshire.
ECP&DA Chairman, Norman Cornwell said “The award is known as the “MBE for volunteer groups” and our award recognises all of our members’ efforts over 51 years, initially in preventing the closure of the Erewash canal and the ongoing work to ensure the canal remains available for everybody to enjoy” 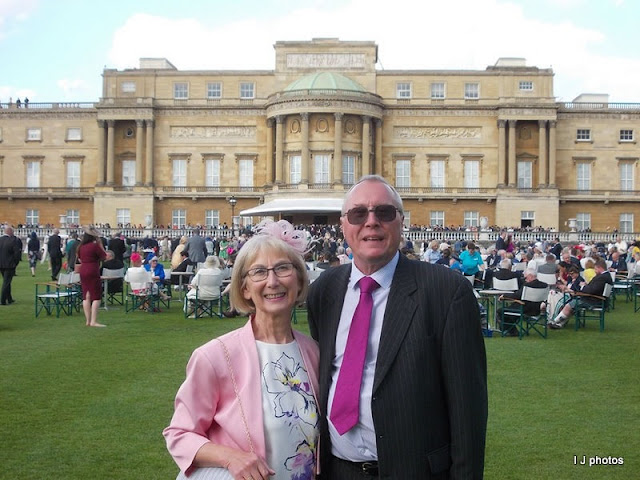 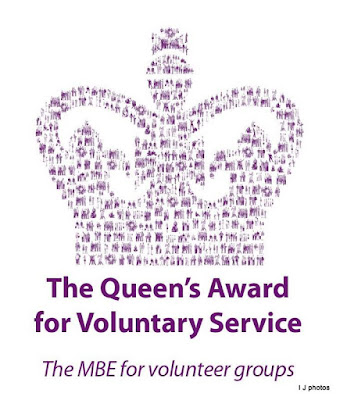 So very proud to be part of this society. All the hard work the volunteers, past and present, have done over the years have deservedly been acknowledged

But that is not all. ECP&DA has also been chosen as finalists in the East Midlands Charity Awards - Small Charity Big Impact! The Awards Ceremony is on 27th June so watch this space!

Keeping up with the good news, everything is going according to plan for Ian and myself and we hope to be back on the move (motorhoming) sometime in early July. Cruising is still out of the question for the foreseeable future but not ruling out a short break sometime in September.

I have a few wildlife photos to show, 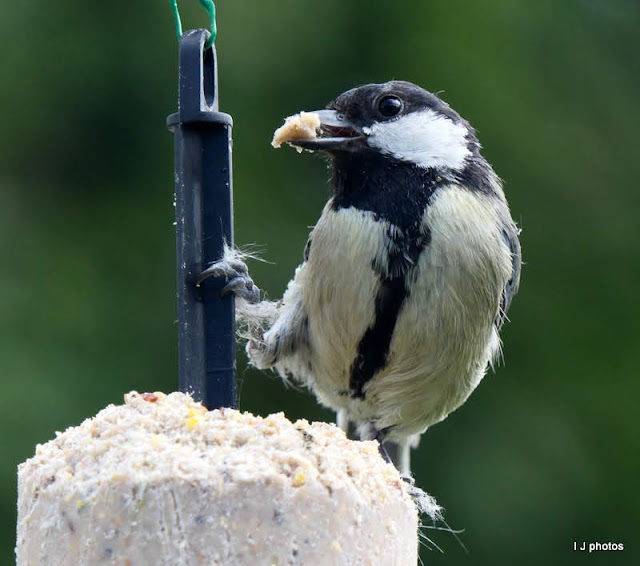 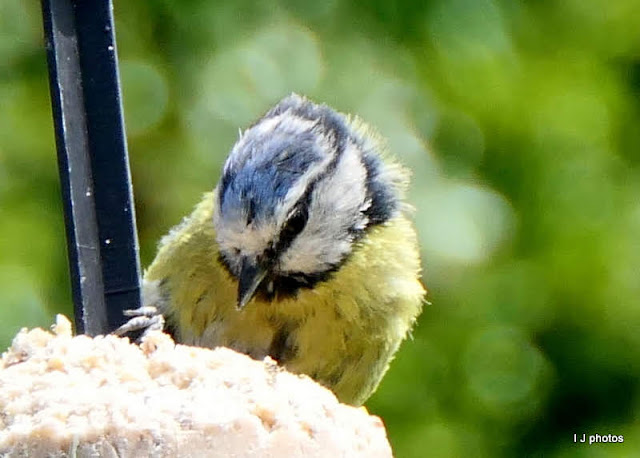 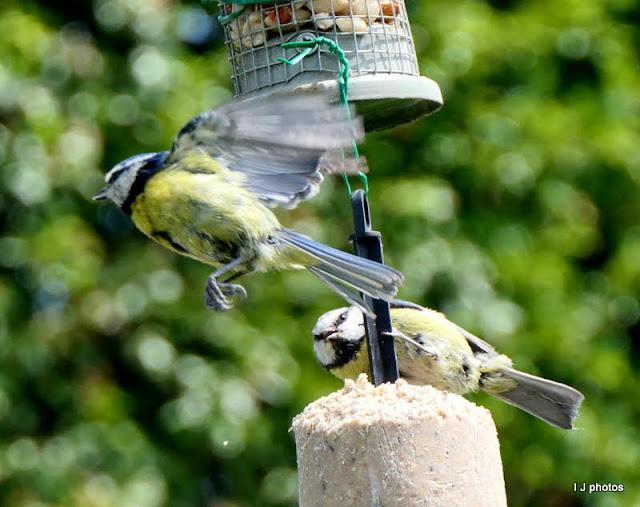 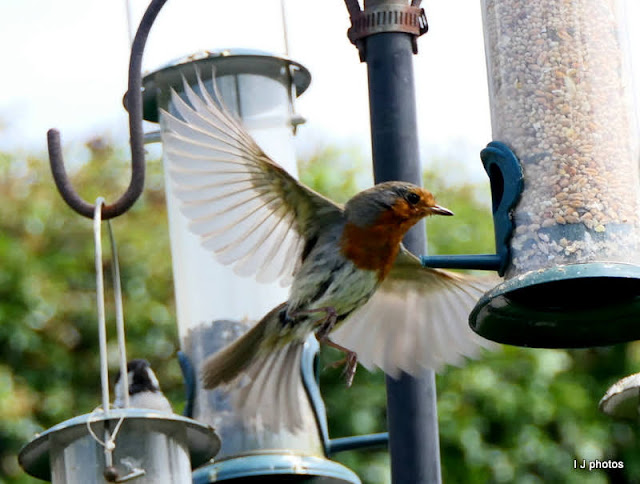 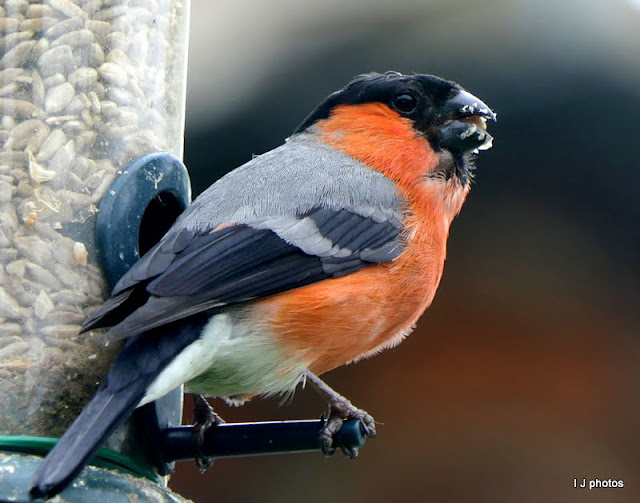 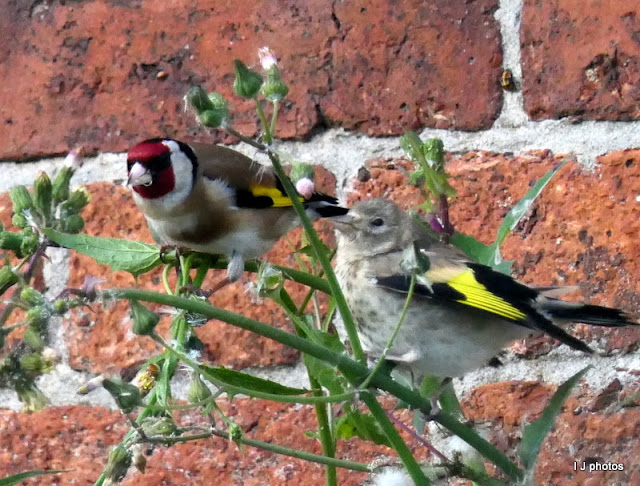 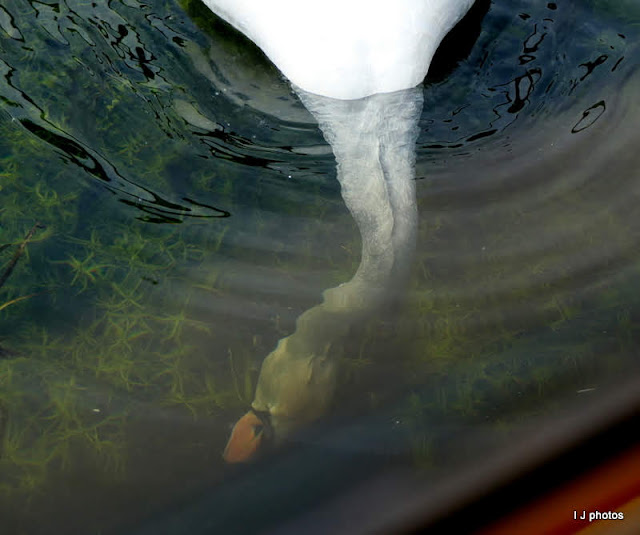 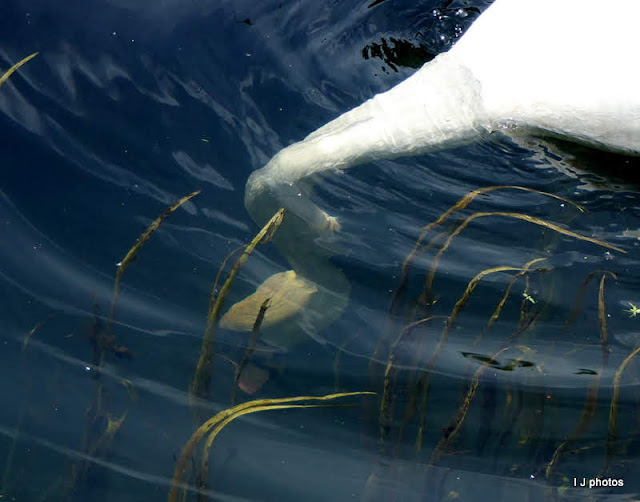 Posted by Ian and Irene Jameison at 8:22 pm 3 comments: