Your supposed to take the bread! 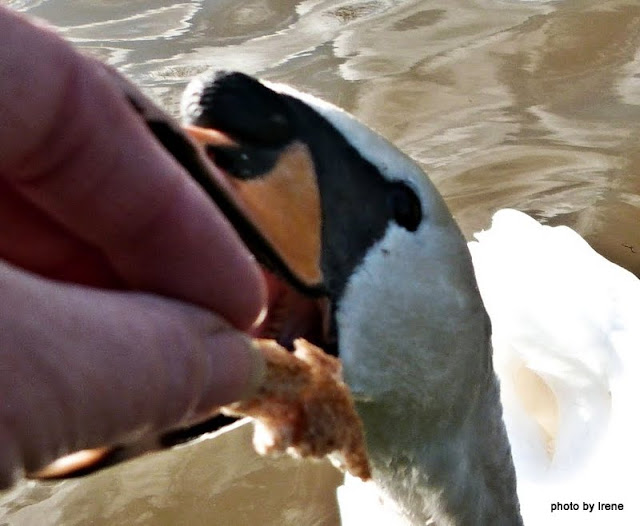 
Posted by Ian and Irene Jameison at 3:48 pm No comments: 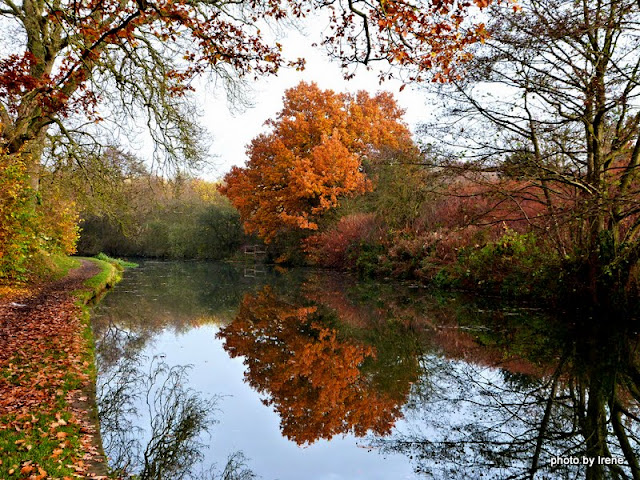 Posted by Ian and Irene Jameison at 4:30 pm 4 comments:


Its amazing what can be achieved by a canal society. The hours and hard work and sheer determination put into the Montgomery restoration work is commendable, especially so when the volunteers have to deal with atrocious working conditions. This can be seen in the Shropshire union work party reports. Without the passion of these people no end of the 'remainder' waterways would be derelict. Thank you to all who have made our canals a joy to cruise. 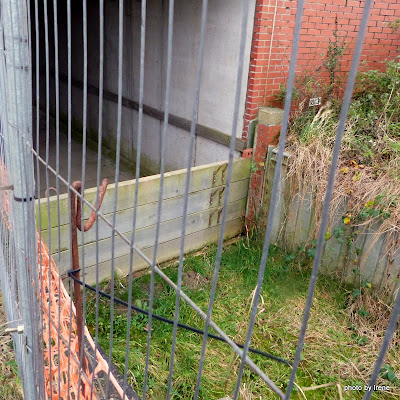 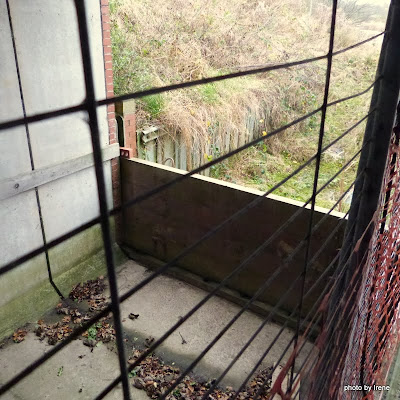 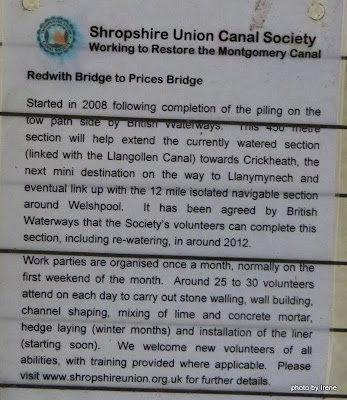 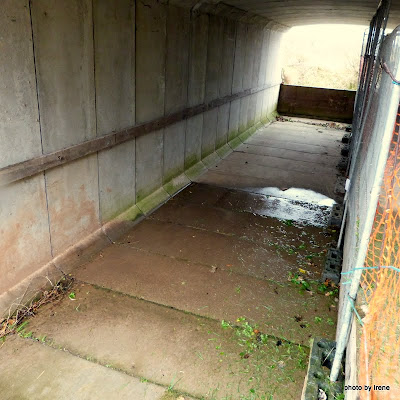 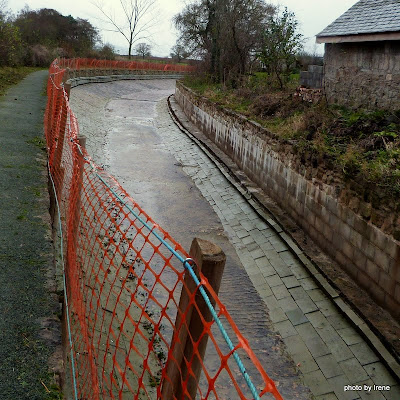 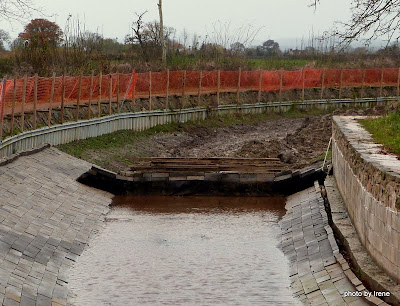 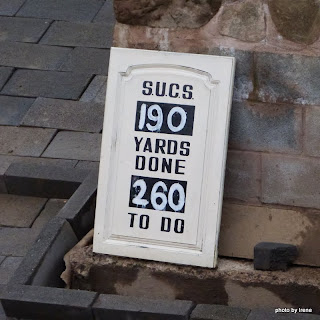 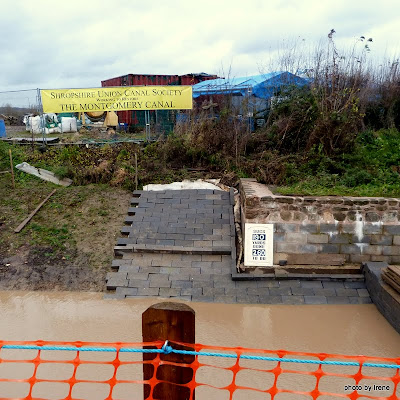 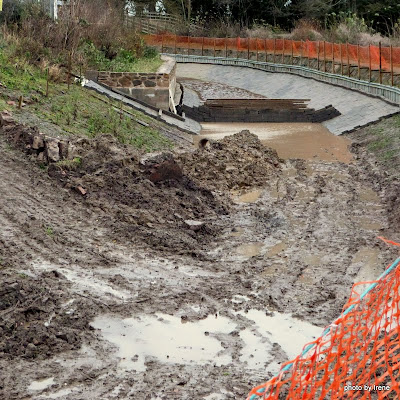 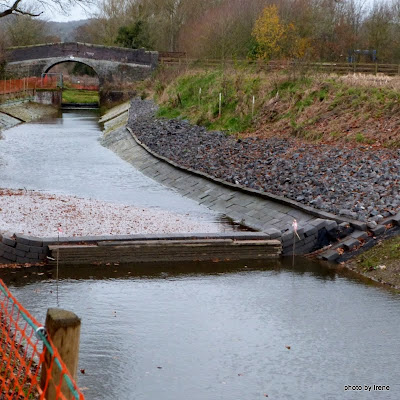 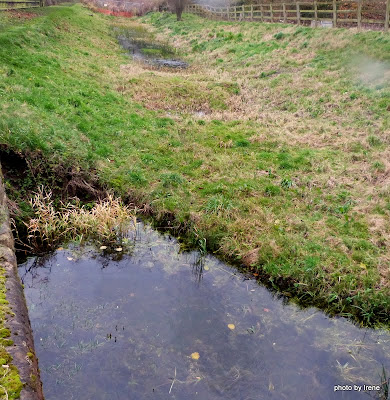 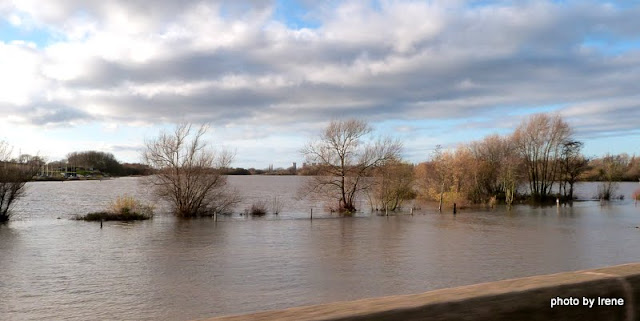 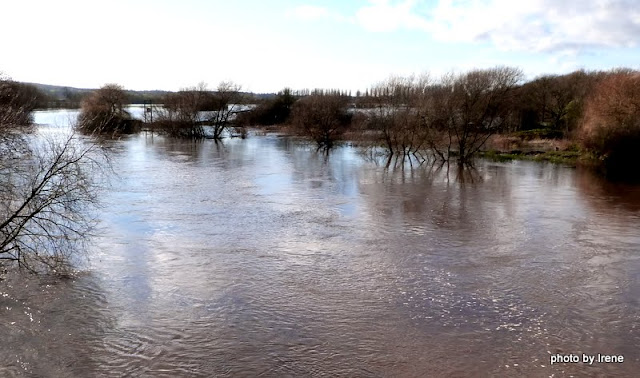 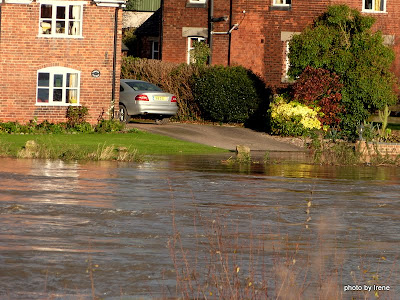 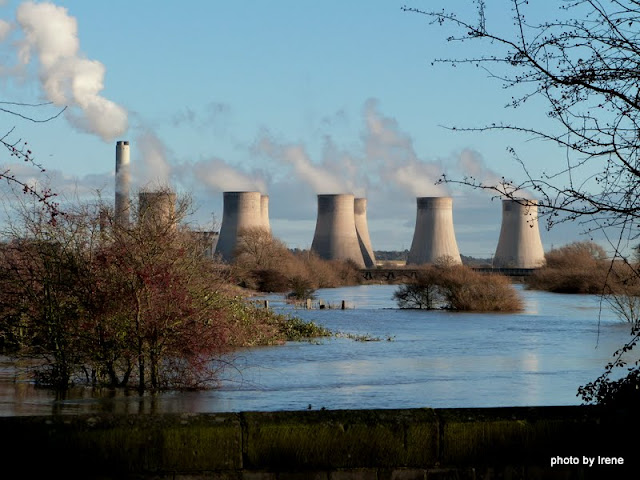 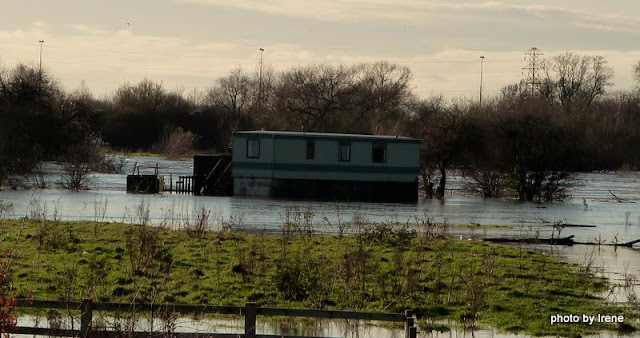 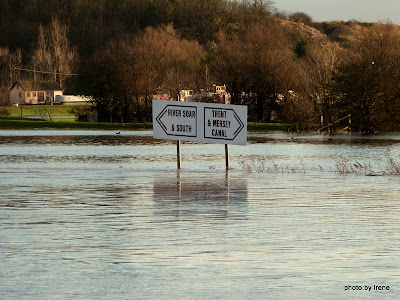 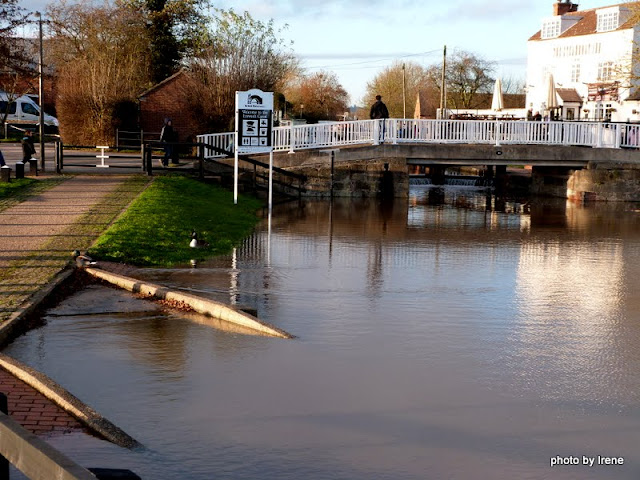 Posted by Ian and Irene Jameison at 4:33 pm 6 comments:

Back on Free Spirit


The meal in The Sun Trevor last night, was delicious. Our table was booked for 17.30, early for us to eat, but we wanted to watch Strictly Come Dancing at 18.40pm. The rain was lashing down so we made a quick dash over the bridge to the Pub.  The rain never let up so we had another quick dash back to the boat.  All night the rain continued and by early morning the wind had also picked up so we knew we were in for an interesting time when we had to reverse the boat back into Anglo Welsh basin. After a quick tidy round we set off for Trevor just after 9am. Although we still had strong winds to contend with the rain had stopped and the sun came out making our final journey a delight.  When we arrived it was every bit as difficult to reverse the boat back as I had predicted but Tony (engineer and maintenance man) managed to grab our centre rope and with a lot of pulling and pushing got Merlin safely moored up. Then all we had to do was to remove our belongings, clean the boat inside and set off for Free Spirit. 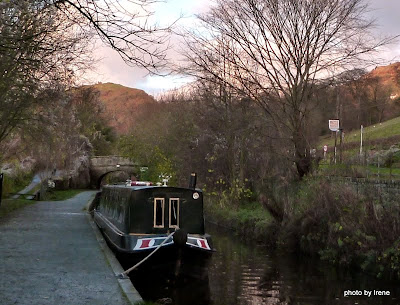 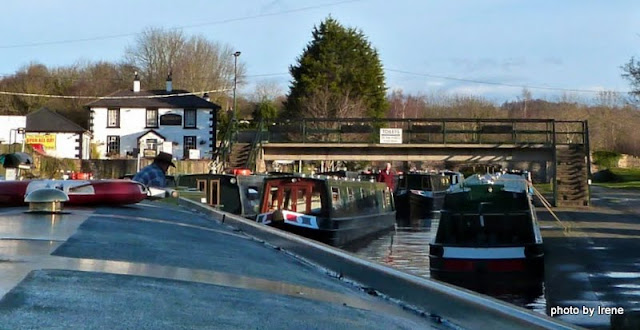 Our journey home was slow going as we hadn’t realised the amount of flooding that had occurred throughout North Wales and the Midlands . We made a detour to Christine’s in Swadlincote, Derby and had to cross the River Trent at Ripton near Willington. I can’t remember the last time we saw the river that high. Then after leaving Christine we made a slight detour to Swarkstone to see what the floods were like there.  Horrendous is the only way I can describe it. I took loads of photos at, not only Swarkstone, but at Sawley and Trent lock on the Erewash as well. These I will post in tomorrow’s blog.

On arriving back at Free Spirit we noticed the water levels were a lot higher than normal. So much so that we couldn’t get back on the boat without Ian having to don his wellies and move the boat forward. Jade looked on in what appeared to be some amusement. I’m sure she thought that we should have jumped for the back deck. After all its easy for a dog with four legs!!!  Still the fire is now lit, unpacking done and Ian is just off to get a meal from our local Chinese. Our 5 day break was fantastic and we are seriously thinking of doing it all over again in early March next year.  All depends on the MRI results early December. 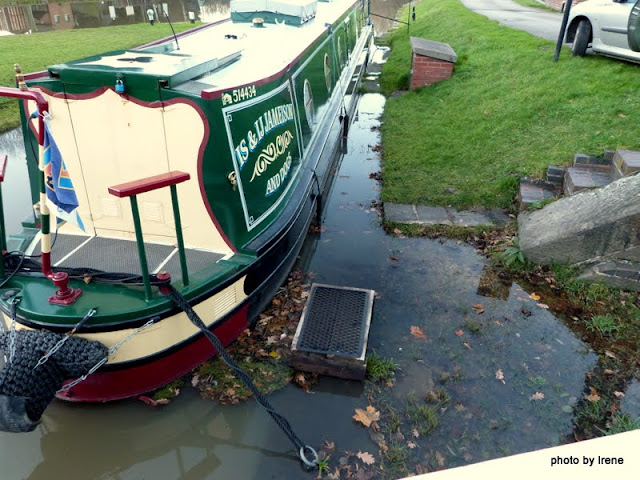 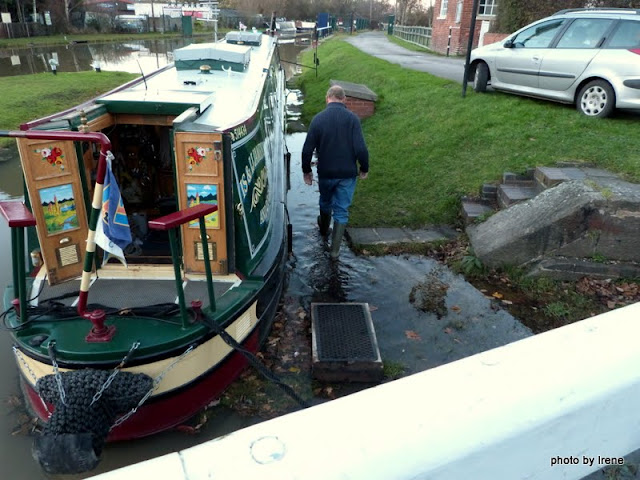 Posted by Ian and Irene Jameison at 6:59 pm No comments:

Our last full day before we return to Trevor


God we were cold last night! The fire had gone out and as we never leave the gas central heating on,  our  first task was for Ian to fire up the boiler and get some warmth in the boat.   Ian then went to take Jade out and nearly fell off the boat!! The deck was covered in black ice and the ropes had frozen solid. To add insult to injury a blanket of fog surrounded us and, as it hadn’t lifted by the time we set off, we had to travel with the headlight on for mile upon mile, praying that no other boater would be as daft as us and be on the move toward us. Eventually it did lift and the morning didn’t turn out to bad after all. Once over Chirk aqueduct ( which again was really slow going ) the tunnel loomed in front of us. There is a slight bend before you get into the tunnel entrance and  Ian had just put the boats nose in when I noticed another boat entering from the other side.  Ian did the gentlemanly thing and reversed out and it must have been a good 10 minute wait before it finally came through. No other boat  was following so in we went and was very surprised that, even against the flow, we made reasonable headway. All to soon we arrived at the Junction at Trevor and headed off toward Llangollen. After a quick stop for lunch ( we had put the TV on for the weather and the map for this region was for torrential rain by 3pm.) we pulled pins and made for Llangollen to do a quick turn around to get us back to The Sun Trevor for a meal tonight. The weather forecaster got it wrong because the heavens opened by 2 pm and the last half hour was dismal, cold and wet. Still, the final day was grand and tomorrow we are back to a Free Spirit having thoroughly enjoyed our 5 days away. 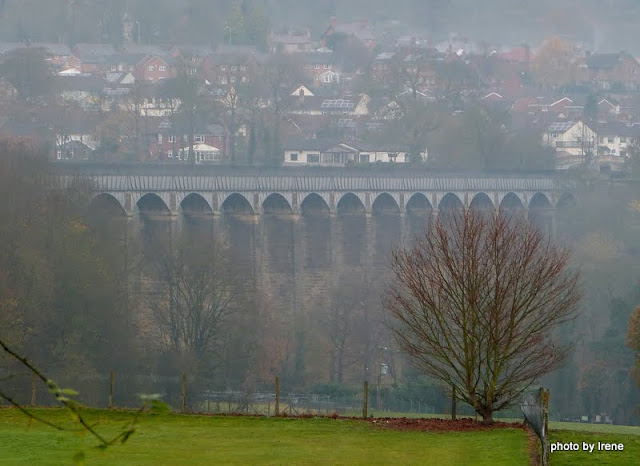 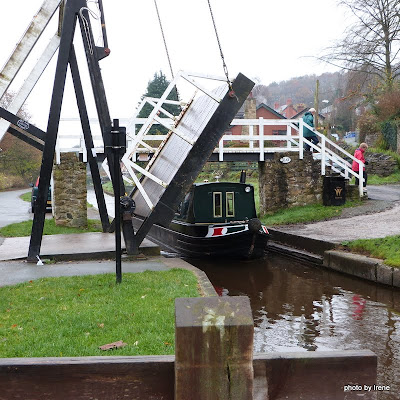 Posted by Ian and Irene Jameison at 5:14 pm 2 comments: