Back up the Montgomery


After the wet and very windy day yesterday, today the sky was blue and not a cloud was to be seen anywhere. We left fairly early so as to get back to Frankton locks by 12pm. First thing first, though, we had to go through the lift bridge and wind at the winding hole. 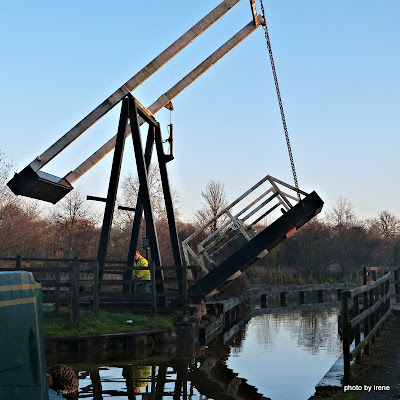 After 40minutes we were back again at the Navigation and on our way back up the Monty. We had a lovely uneventful cruise with only C&RT delaying our way for a brief moment when one of the men had to get into the water to start hammering in some wooden stakes. 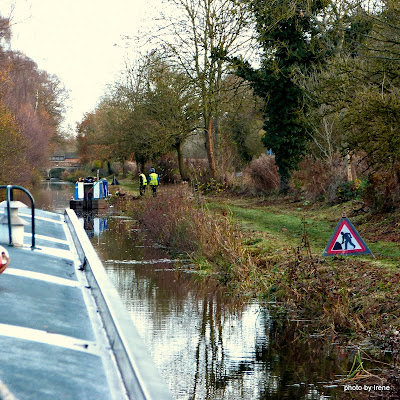 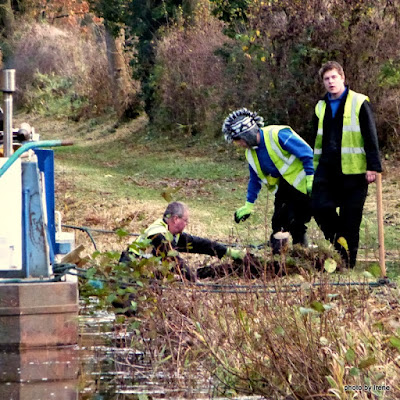 We had time on our hands so we pulled in at the water point below the first of Frankton Lock , to fill our water tank and get rid of the rubbish. Dead on 12pm we made it to the bottom of the flight to find the lock keeper waiting to greet us and he gave us the thumbs up to enter the bottom lock. He then informed us that a boat was just entering the staircase lock at the top and we were to come up the first two locks and then pass each other in the middle pound. As our two boats drew side by side I realised it was nb Epiphany! John had walked on ahead and Fiona was at the helm and mentioned that Ian had spoken to her about our blog Free Spirit. Well I love meeting fellow bloggers and it was such a shame we couldn't have a good natter. Still hopefully we will meet again.

So back on the Llangollen canal we made steady but slow progress. Having to do battle against the flow, as well as forever reversing to clear the prop of leaves, was very frustrating and called it a day once through the top lock at New Martin. We are now moored at St Martins Moor on the 48 hour mooring for the night.

Posted by Ian and Irene Jameison at 5:49 pm