A quiet Thames for a Sunday.

So wonderfully peaceful last night, not a sound to be heard, far cry from the night before! Even so as soon as it was light, we were up. 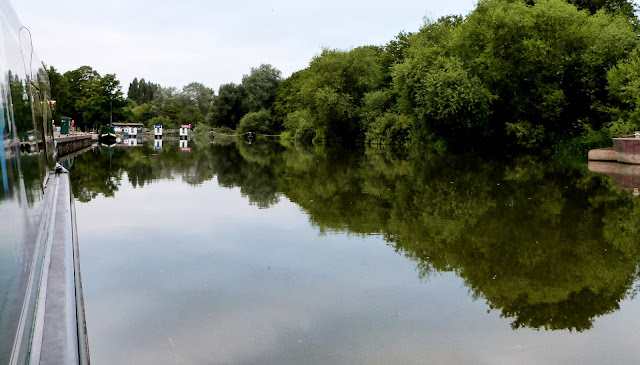 I suppose we could have gone through the lock early before the lock keeper came on duty, but we needed to water up and could see no point in rushing. As it turned out we were the first on the water point and attempting to fill both water tanks on an extremely slow tap took far longer then normal. Consequently the lockie arrived, locked through 3 boats all of whom wanted water! With our tanks only 3/4 full we decided to hand over the hose to those now waiting and entered our first lock of the day, Abingdon lock. We shared this lock with 2 canoeist and although we left first they soon overtook and left us in their wake. We had been made aware by the lock keeper at Culham lock of a hazard at Appleford railway bridge. Scaffolding had been erected and the passage made narrow. One way traffic was to apply but with no other craft in sight we sailed through without a problem. 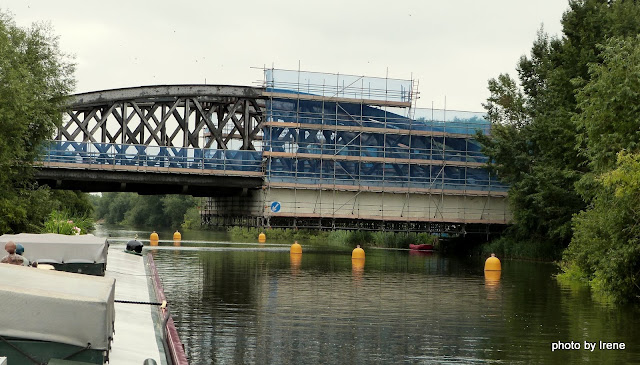 Onwards past the weir at Long Wittenham, onto Clifton Cut and Clifton lock. We were very surprised not to have a queue and within minutes of arriving the gate was opened and in we sailed. 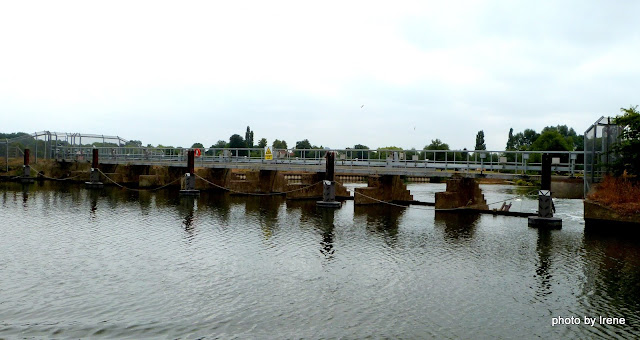 This lock may have been quiet but on reaching Days lock we were greeted by a trip boat waiting to exit. We made a quick dash to the landing to be out of his way and again within minutes we were in the lock and descending. 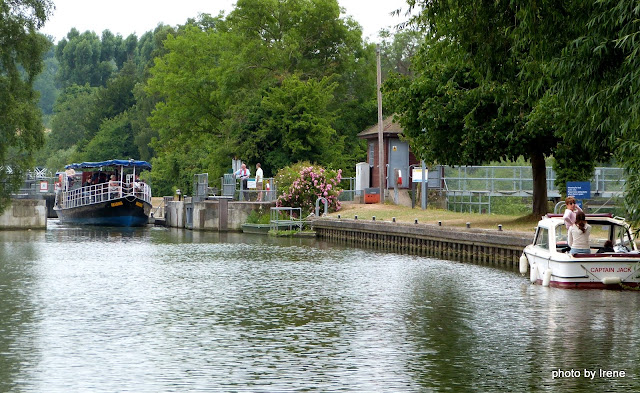 If this carried on we would make up a bit of the time lost yesterday and we were starting to feel a bit complacent until, that is, we reached Benson lock at 13.01pm and the lockie, after letting 5 boats out, waved to us and put the self service sign up. Oh heck!! Never had to do one of these big locks before and hoped I didn't mess it up but luckily for me the chap in cruiser waiting with us was a dab hand at operating these locks and took over the proceedings.  We had another narrow boat join us and as the chap was about to close the gate, a canoeist slipped in between. Another lucky break when the chap spied a cruiser heading toward the lock as we descended and after he had opened the gates and leaving them open for the approaching cruiser got back onto his cruiser and sailed away with us in hot pursuit. 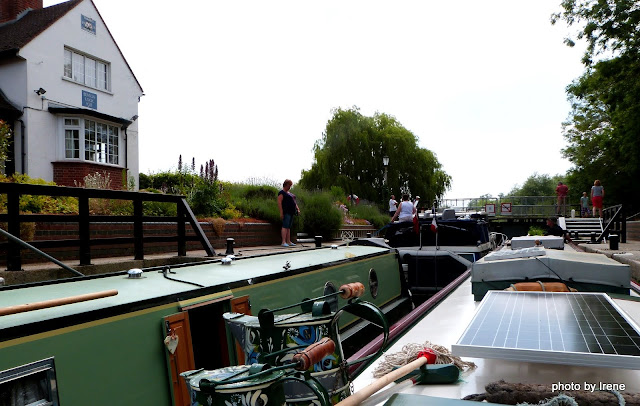 We knew from the last time we were on the Thames that mooring can be hard to find after 2pm so as soon as we left the lock we started looking for moorings. Its a good job both of us were concentrating on where we were going because suddenly two idiots swam out right in front of us. Quick panic, pull back on the throttle and hard left. They saw us almost at the same time and was equally panicked. I don't think I have seen two people swim as fast back to the bank! Might make them realise they should look first! 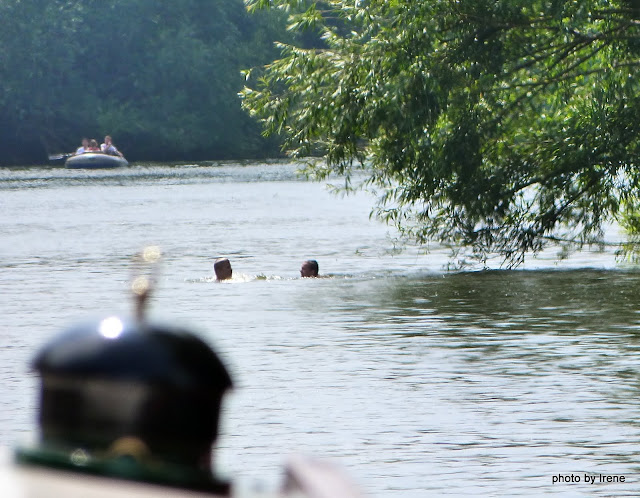 With the old heart starting to slow down after the shock, we went back to looking for a suitable place to stop and noticed bank side moorings amongst the shade of the trees. Other boaters had already stopped and as soon as we spied a convenient spot the right size for us to fit, sidled in. We have had to use pins fore and aft and we are a bit away from the bank but a convenient tree was situated smack bang in the middle and just right to tie up to. The doggie board has had to come out for Jade for the first time as I'm concerned she wont see how far the bank is to jump off when it gets dark. But its a great mooring before the town of Wallingford and the fishing is excellent. I'm even spoilt for choice to see which Kite I want to take pictures of. There are so many flying around. Jade has had another swim so she is very happy although very wet and, with us being predominantly in shade, she insisted on sitting with me while I was fishing because the front deck was the only bit in sun! 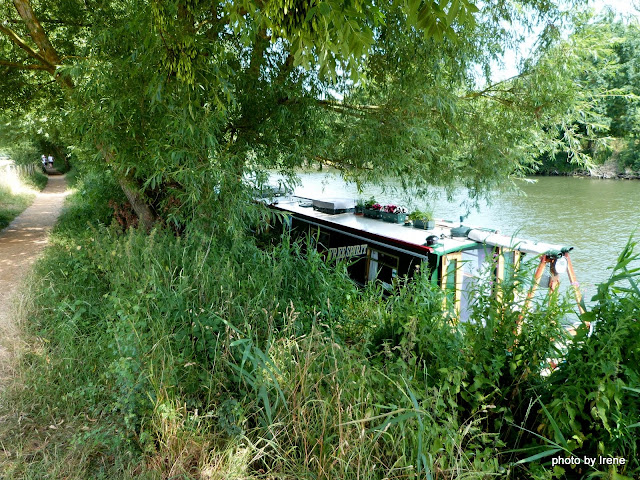 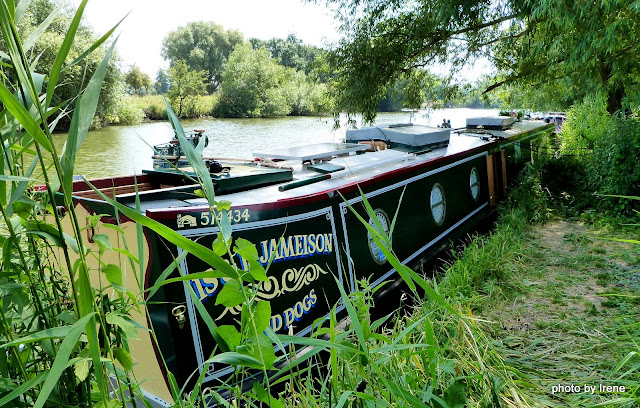 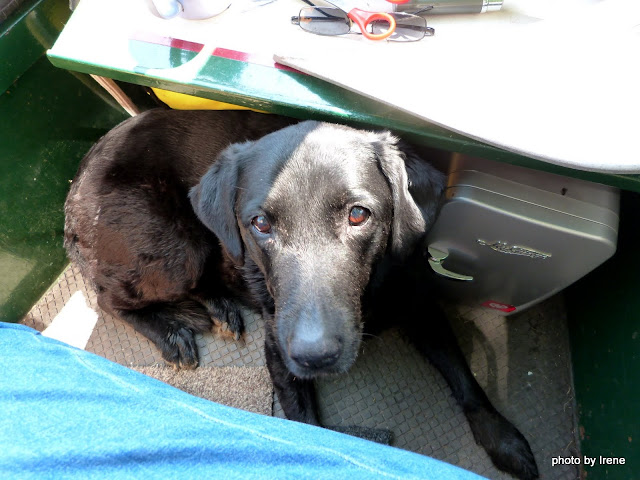 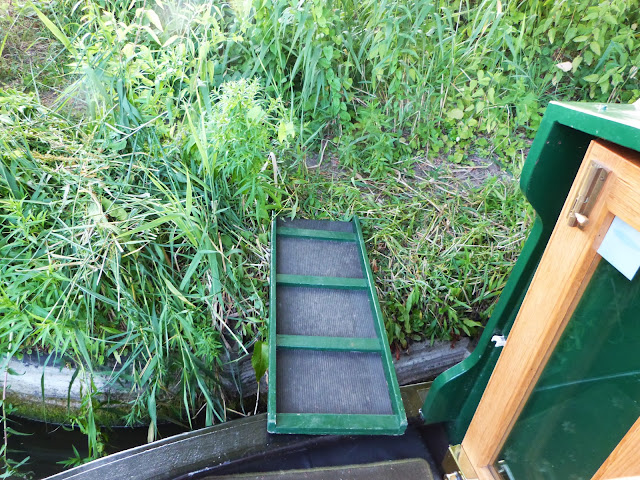 Posted by Ian and Irene Jameison at 8:05 pm

75rercesse 1280Wow Irene, That Kite is a great picture. You must be very pleased with it.

Fabulous photographs as always. I do love the Kite photograph well done. Happy cruising on the Thames and love to you all xxxxxxxxx

The number of Kites flying above our mooring and in the meadow was astonishing. I took loads but this was by far the best. Love your fauna and flora photos especially the black headed gull. Just brilliant.
Love to you both,
Xxxxx

Your tips have certainly paid off and I was amazed at how clear the photo came out. I shall continue to take photos of this majestic creature with the hope of an even better one.