Before leaving this morning both fancied a walk along the beach again. Took Toffees ball this time and discovered just how high she could jump. 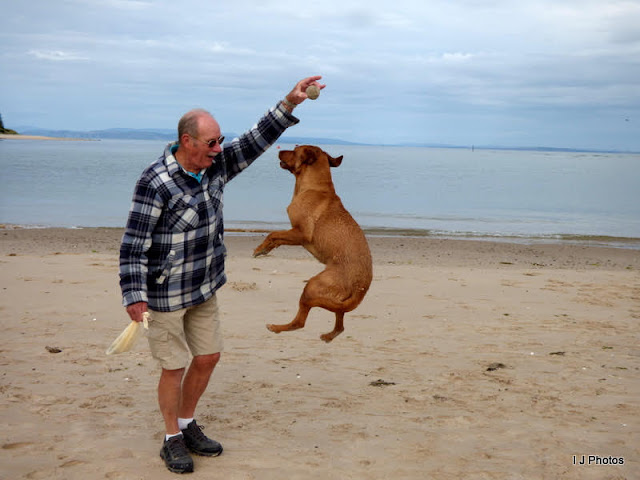 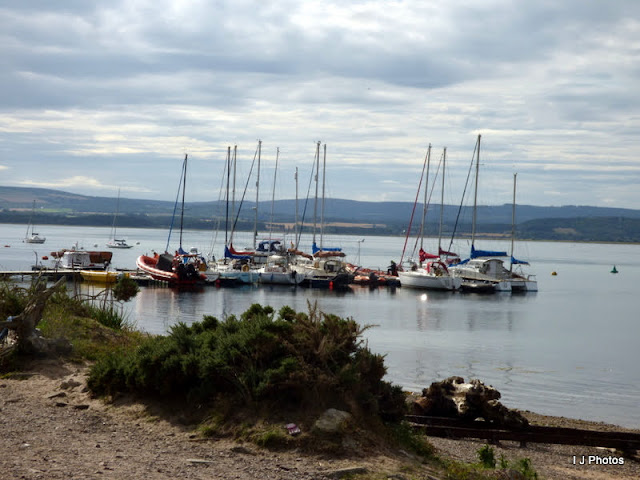 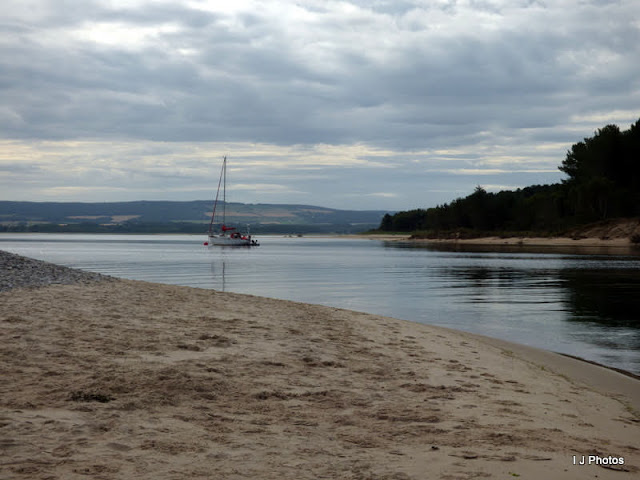 More of a travel day today, although we did have a brief stop at RSPB Spynie near Moray. We were still after those Red Squirrels and the write-up in the RSPB book stated feeding stations were next to the car park. Driving the mile to the centre along a pot holed gravel path with no passing places, was a little disconcerting. Thankfully nothing was met on the way in or on the way out. We stopped by the feeders for well over 30 minutes, hoped to see a sign of red bounding down through the trees before coming to the conclusion that the squirrels wouldn't come down to feed until everyone had gone. A short walk took us to Loch Spynie with a hide already full to capacity with twitchers. I managed to squeeze in between two burly men with ultra long camera lenses, while Ian stayed at the back with the dog. Suddenly the door opened and a chap rushed in to say an Otter had been seen. Great excitement and all cameras pointed toward the reeds where we waited in great anticipation. And that was all that happened! It didn't appear, well with our luck I could have told them all not to even bother to get cameras ready. Oh, how that would have made our day. 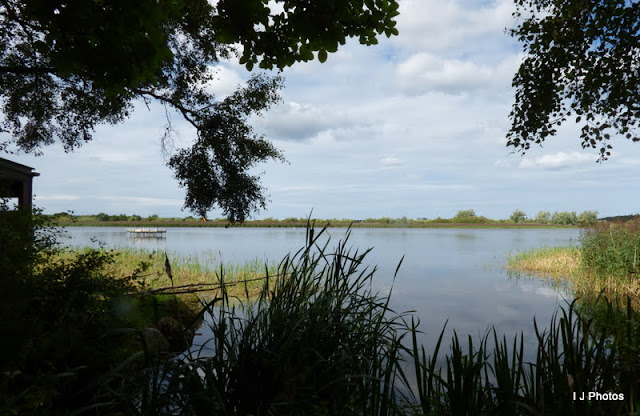 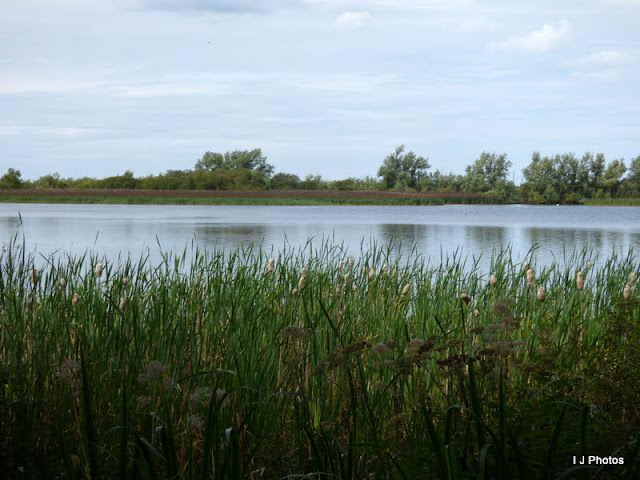 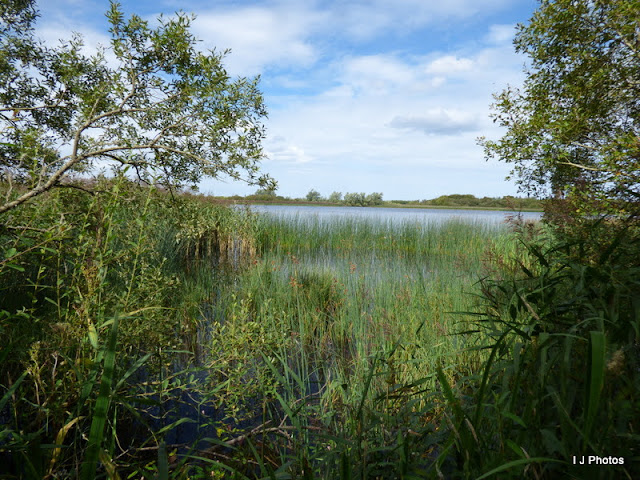 We stayed there until after lunch before heading off toward the Loch of Strathbeg, a good couple of hours drive hugging the coastal road in places, We never made it that far, time was getting on and as this was another RSPB nature reserve, thought it better visited tomorrow. Looking for a place to overnight, driving through Fraserburgh and Ian remembered seeing a spot on the park4night app. It was right by the water front with the lighthouse towering above. The parking area is mainly gravel and the area looks a little unkempt. Two other motorhomes had arrived, stayed a while and then left. Maybe they feel a bit vulnerable here. Cars have come and gone and wacky baccy lingered on the air. We do have a back-up plan if things go pear shaped, go to the lighthouse car park. We had already walked up to it and found nothing to forbid overnight parking. Hopefully we won't need to move. 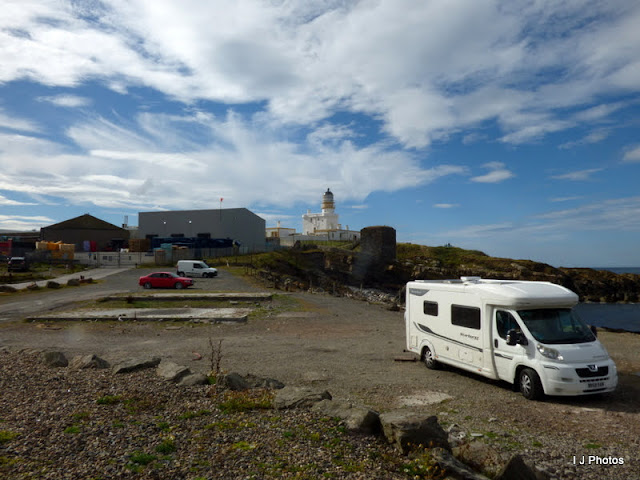 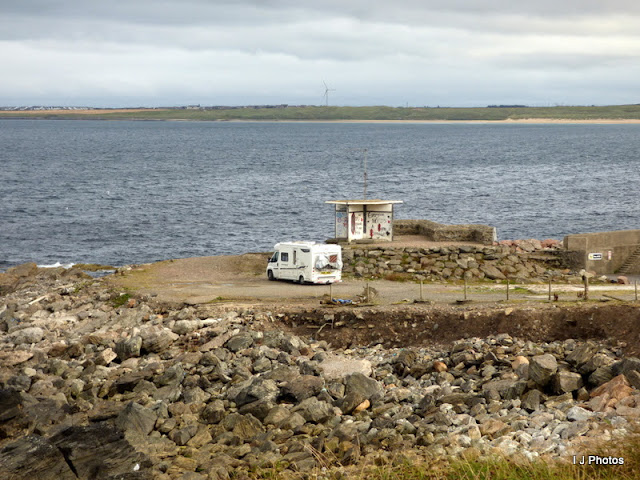 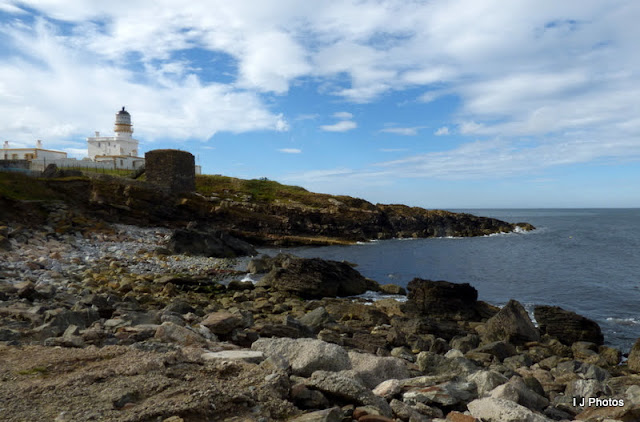 Later on when things had gone quiet, a glance out of the window revealed what we first thought to be a buoy. So glad I decided to take a photo 'cos it turned out to be a seal! 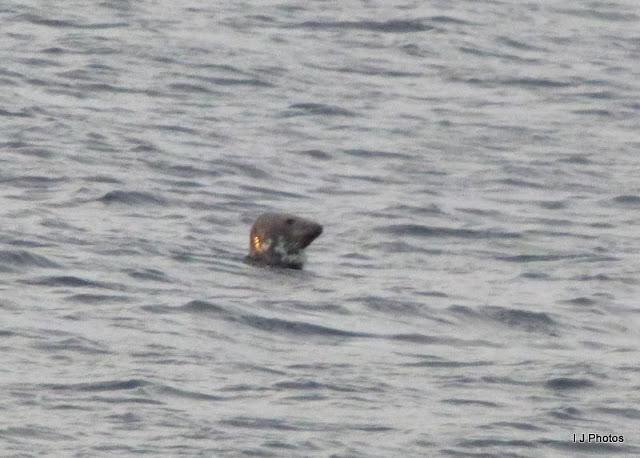 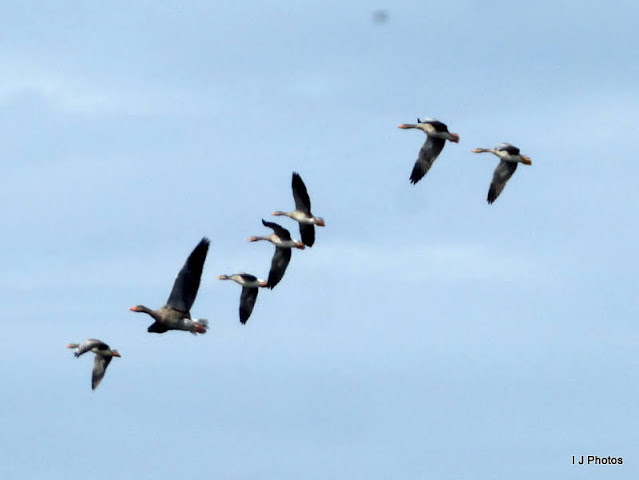 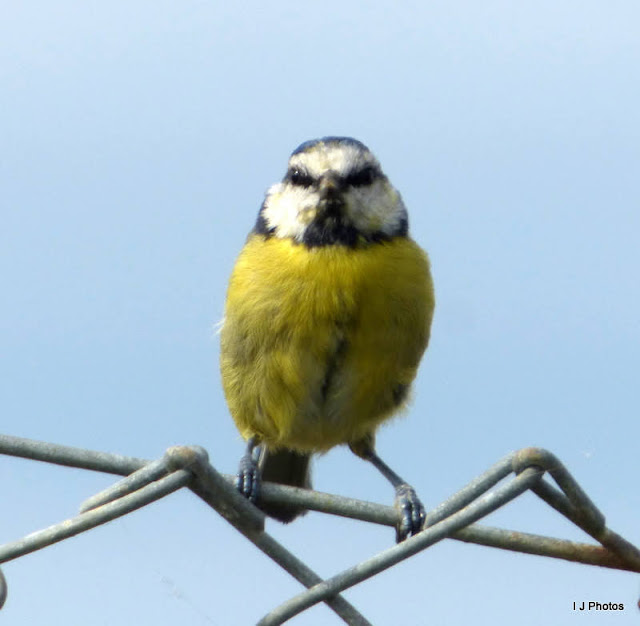 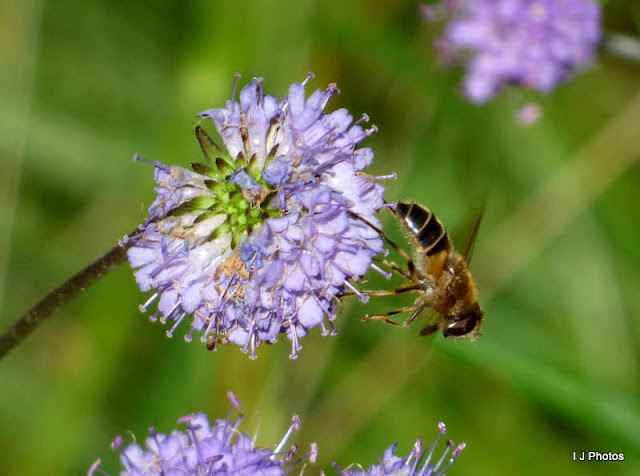