No where to lay our heads.

Gosh, what was on fire? I noticed a flame across the bay this morning. Ian soon put me right. Nothing to worry about, just a flare and all to do with safety features in petroleum refining. 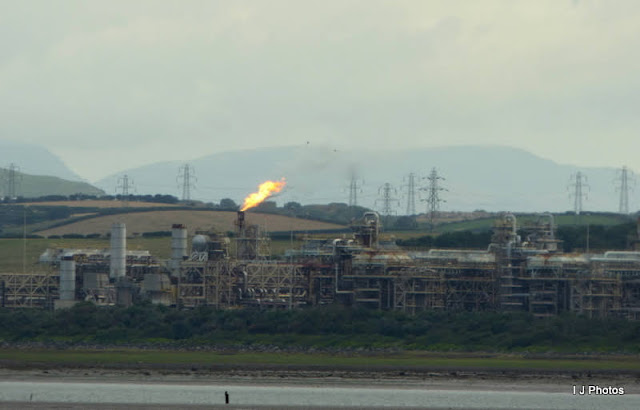 Leaving Snab Point it was a short drive to the Round house in Walney. A stoney beach, not much in the way of sand. Tide was on the way out revealing lots of rock pools and taking advantage of easy pickings from captured fish/crustaceans were Gulls. Toffee was in her element, they were there for the chasing. 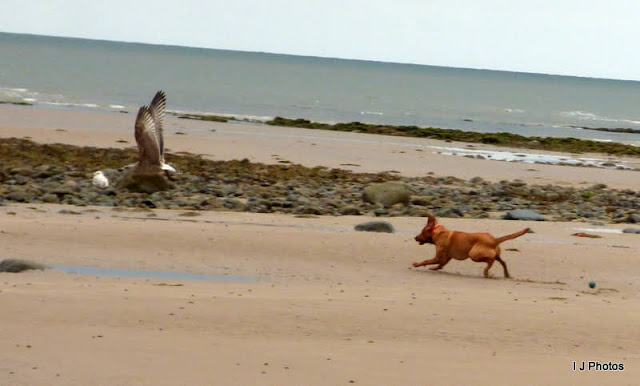 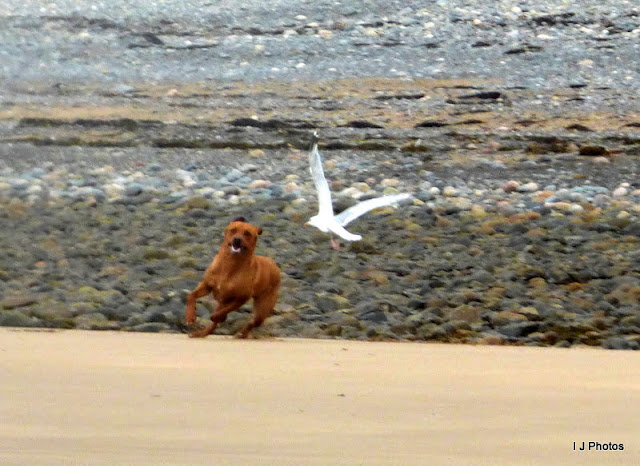 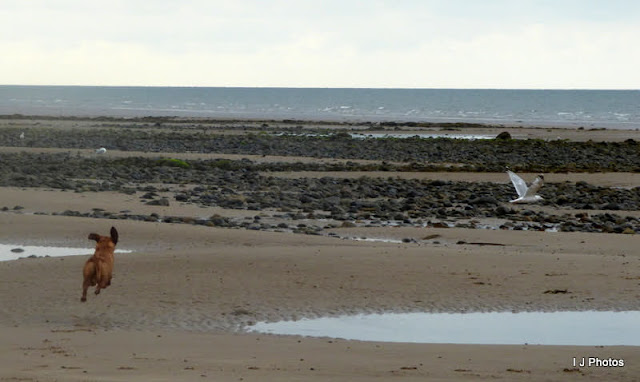 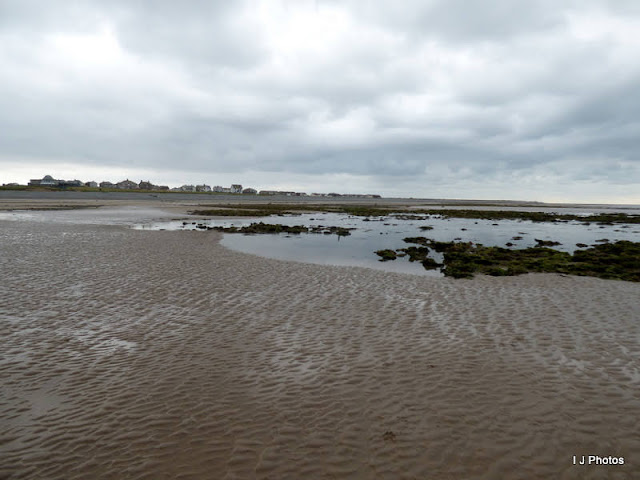 A plan had been formed, go toward Keswick and take a walk alongside Derwent Water. Of course, it was the weekend, and school holidays, realisation hit as we drove through Windermere, every car park looked to be full and hundreds of people milling around. Same again as we drove through Ambleside, oh dear what would Keswick be like? There had to be a plan B, but first we needed to form one. Luckily a small car park at the side of the road was a good place to stop. It also happened to be right by Thirlmere Reservoir. Just the perfect place for lunch and a walk, maybe this would be better than Derwent Mouth. 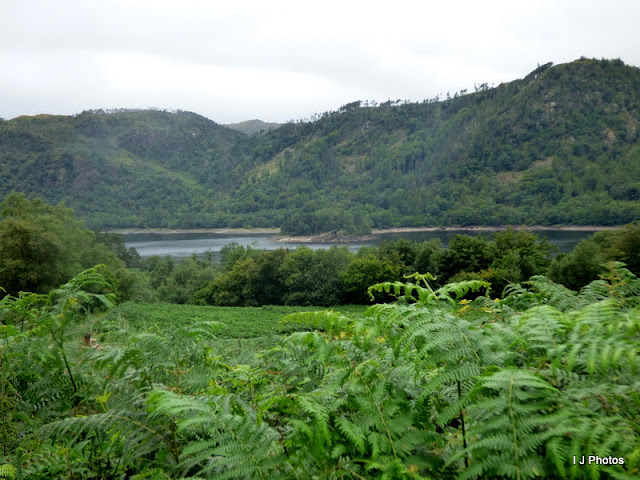 Water levels looked to be low, although there seemed to be plenty of water cascading down over the waterfall. Must be all that rain we have had lately. 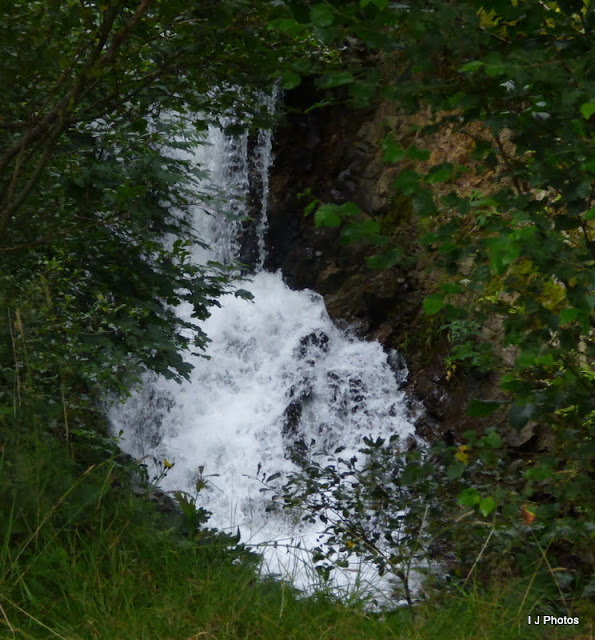 We made our way through ferns, the path had narrowed and in some places disappeared completely. We were going up and should have been going down, so we back tracked to the entrance and found a map. Marvellous things maps...they show the way to go, you know... doh. 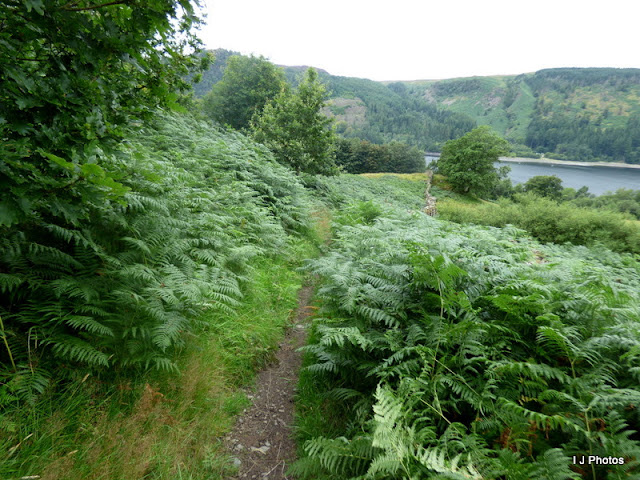 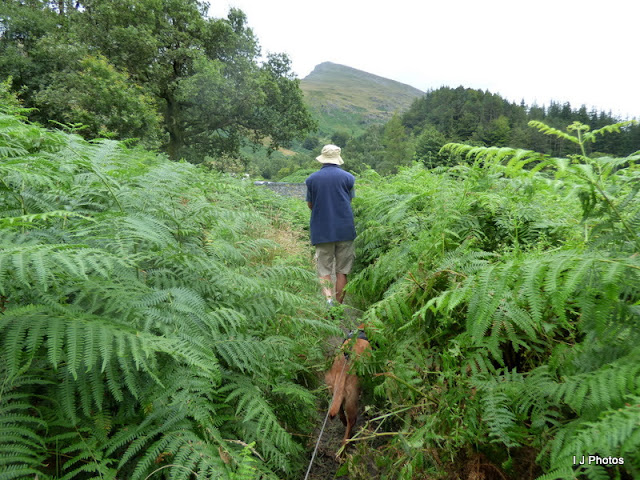 The reservoir was reached, Toffee went paddling, and both of us clambered over stones. We tried for the dam, but I never did master walking on stones that move. Didn't fancy a sprained ankle. It seemed worse going back. Twice I nearly came a cropper. Still it got us out and my fitbit step tally for the day was well over 11000. That's nearly 5 miles so not bad going. 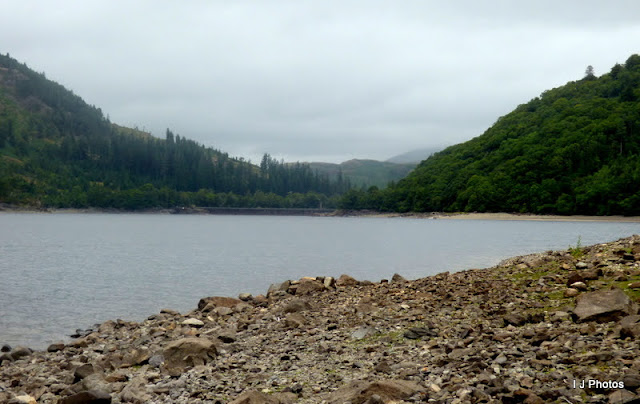 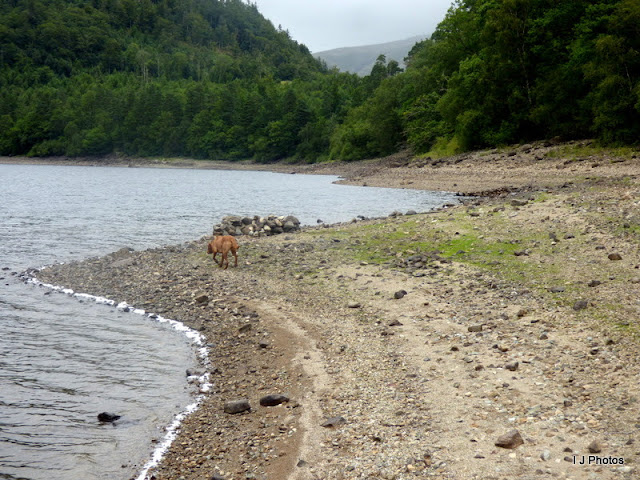 For tonight's stop we tried for the White Horse at Scales. It's a Brit stop and Ian phoned the proprietor to reserve a space. We were informed it was a first come, first served and to come by all means but nothing was guaranteed. Well we did give it a go, pulled into the drive and straight out again. With it being a Saturday afternoon, not a space to be had. We then tried the park4night app. One was found quite near. Pulled into a small narrow lane only to be greeted with a 'Road Closed' sign. Hmm, not having much luck we thought. So a small Hideaway site was found on another app. Kept phoning but all we got was answer phone. By now we both thought any road lay-by would have to do. Ian was not one to give up and a few miles further he found a car park in a wood. Lovely and although we probably wouldn't get TV, at least it was somewhere to sleep. Wrong!!! In very small letters on a very small information board was the words No overnight parking! 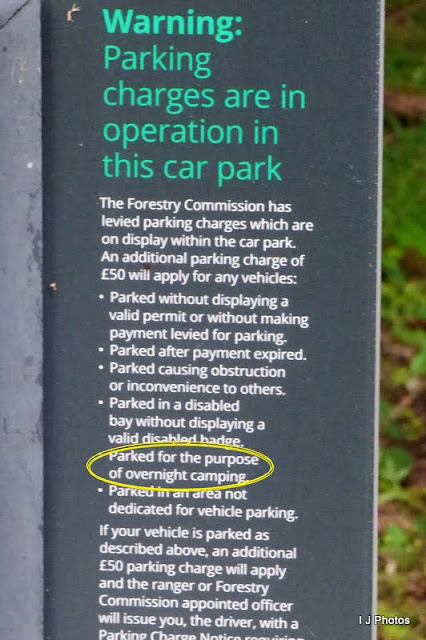 By now time was getting on. Ian tried a wild camping app and found roadside parking on a very quiet lane. It meant a journey of roughly 10 miles to get to it but by now we were desperate. A pub was nearby called The Mill Inn and a drink sounded even more welcome after we got settled. The place was called Mungrisdale (sounds like a a name from Harry Potter!) and then...oh no...as we turned down the lane another Road Closed sign!!! Honestly you couldn't make it up. 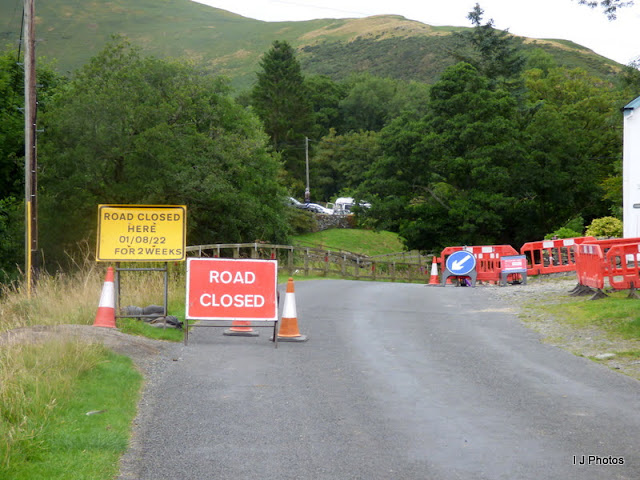 The only saving grace was a small hand written sign saying the pub was still open. We knew the parking spot was before the pub, surely we could get to that. We went for it and this time luck was with us. Yes it's on a road but with that road closed sign I hardly think many cars will be coming past. Once the pub closes, it should be really quiet. 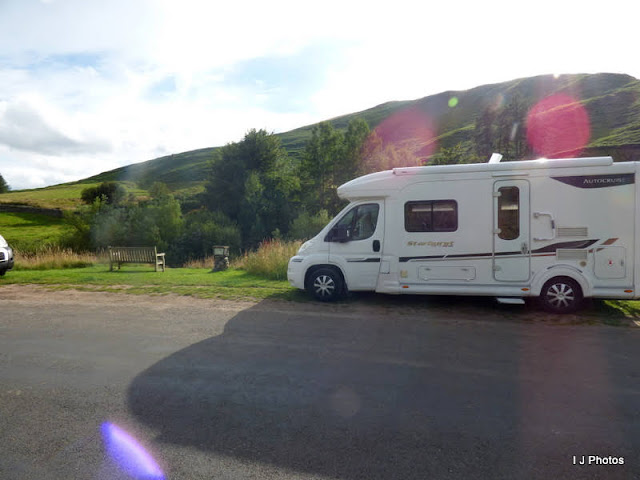 Unsure about tomorrow. We have booked into a site for the usual loo emptying and water tank filling. It also has a washing machine. Pretty desperate for that, both are running out of undies! 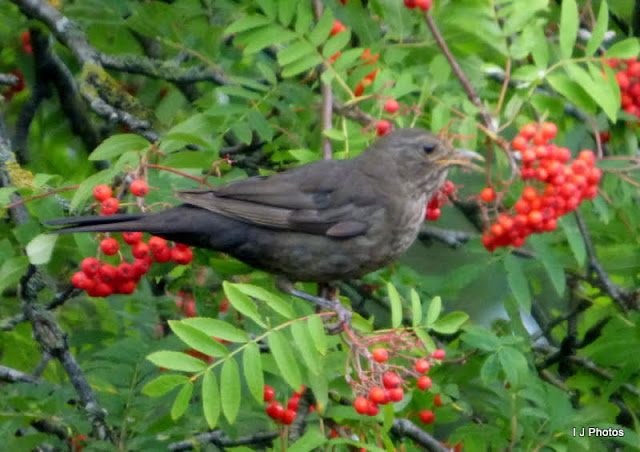 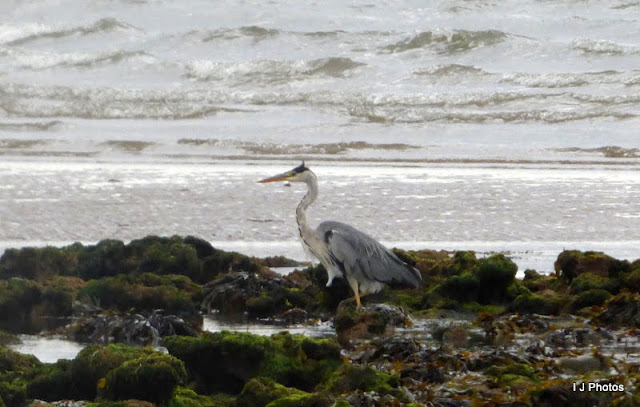 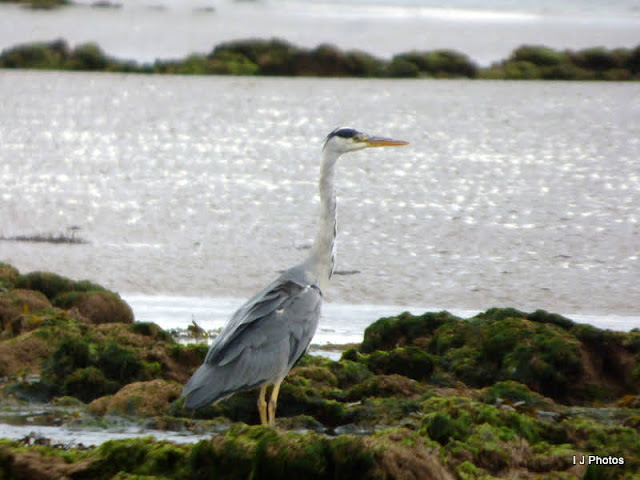 Posted by Ian and Irene Jameison at 4:55 pm