Not too sure footed these days.

Crikey the wind and rain overnight, it disturbed sleep that's for sure. First light and we could see the amount of water coming down from the mountains. The stream behind us had risen from a trickle to a raging torrent! 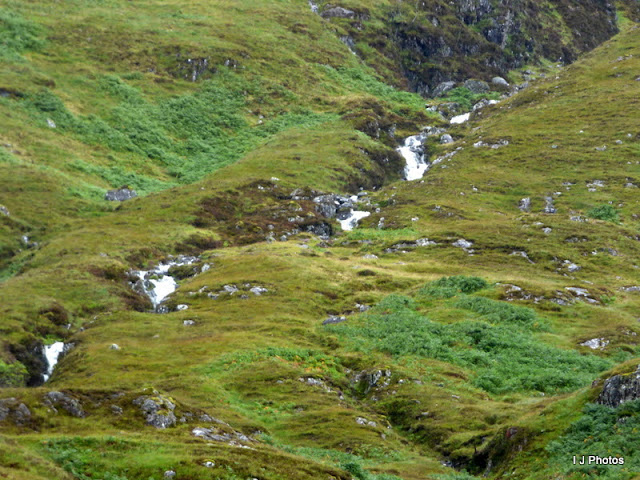 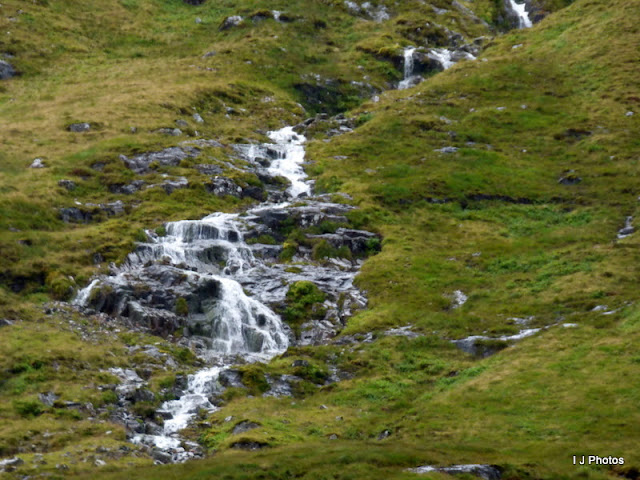 Yesterday was manic with sightseers and I expected today would be the same. About a mile further along from this view point was the Meeting of Three Waters. Yesterday we had no chance of getting anywhere near to see it but today, if we were early enough, we may well get a parking spot. I was correct, we had it to ourselves and most impressive they were too. 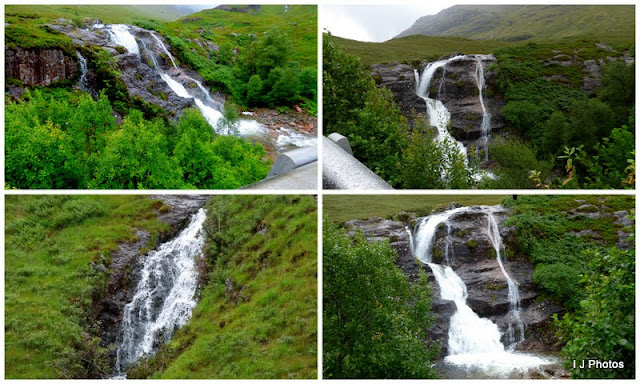 Water cascaded down from the mountains, great to get close up, so a stop for a Toffee walk was planned at the first available place with a path suitable for both us and Toffee.  A descent from the top viewing point was a little tricky, plenty of loose gravel and boulders. Of course the inevitable happened, first Ian who managed to save himself as his foot slipped from under him, then me who didn't manage to save myself and ended up in the wet muddy gravel on my backside! Blast, there goes my last pair of trousers, the other pair already in the wash due to the wet and muddy conditions the other day. Anyway, it was a good walk and Toffee loved it and a change to my jogging bottoms on the return to MB stopped me from having to resort to shorts! 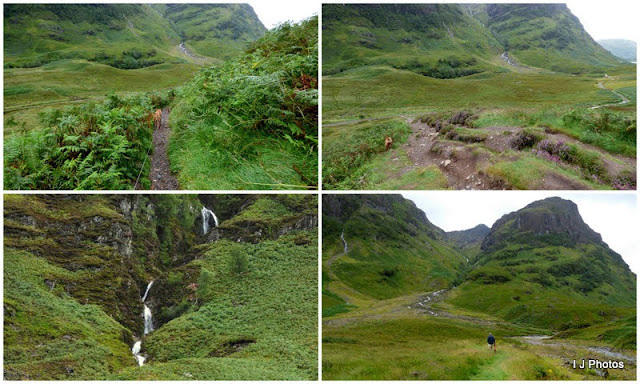 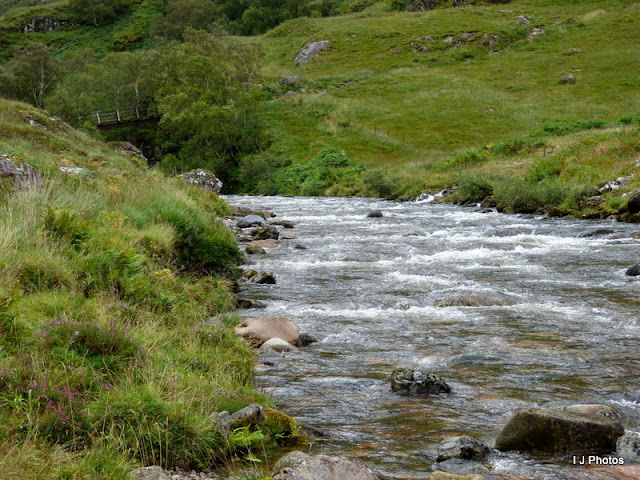 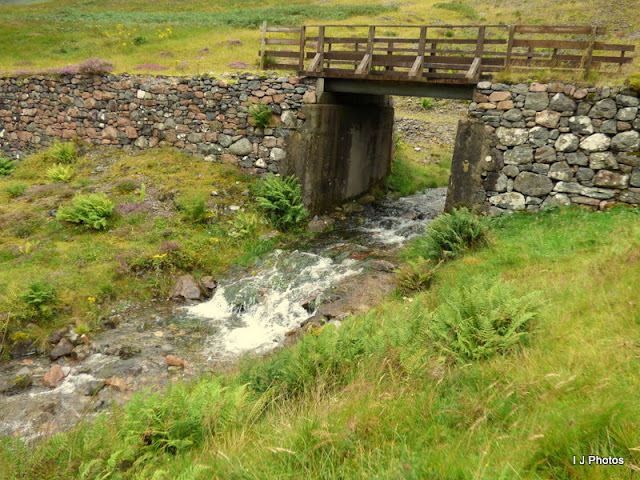 Destination today was to go toward the Grampians. On route, we passed the Laggan Dam. Gosh the water levels were low. If it was bad here with the amount of rain we have had what is it like in England? Judging by the news, terrible! 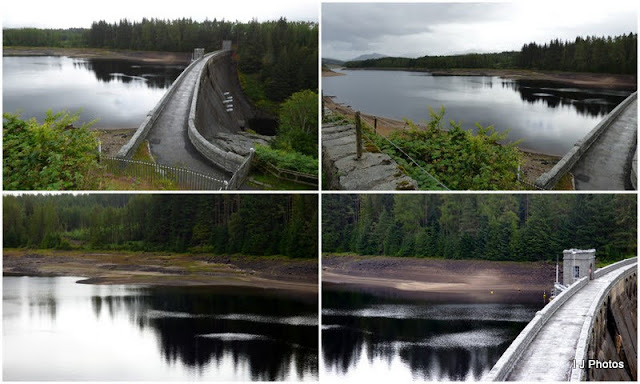 Driving along as you do, I happened to notice a sign saying Pattack Falls. It was almost an emergency stop manoeuvre by Ian as I said "let's go see what the falls are like". No cars behind us so Ian managed an almost hand brake turn to get into the car park. Off we set armed with waterproofs, rucksack, water for the dog, midge spray etc as we had no idea how far it was. Two paths in front of us threw us slightly. One path led up, had to be the right one and anyway, I didn't fancy the lower path. 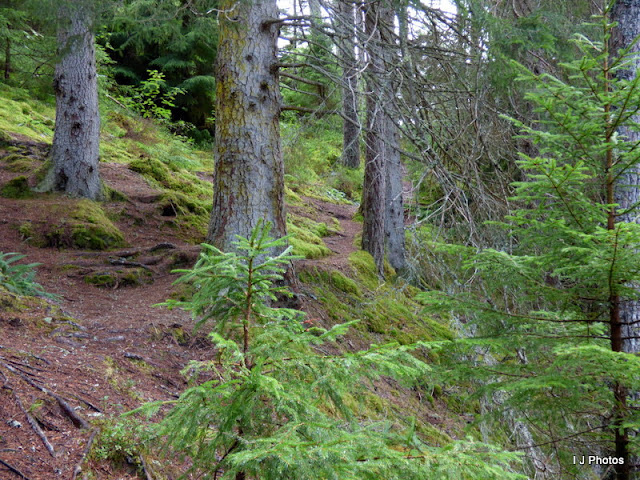 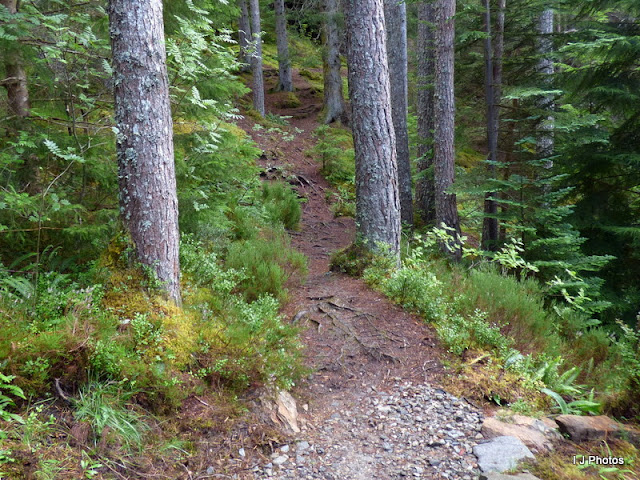 Climbed for quite a way before a finger post at another junction told us which way to go. "Hang on a minute" I said to Ian, Patrick falls is back the way we had just come! It must have been that lower path after all. Back we went to the fork, Ian went down several steps, I stayed at the top and glad I did because nothing much was to be seen other than the river. 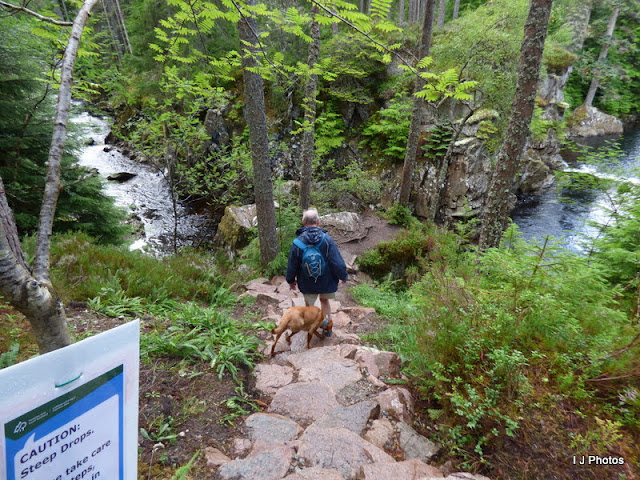 Should we head off along that path? The look of it put me off and decided to be wise for once and say no. Heading back to MB, a small side path leading down to the river with what could almost be a swimming area. Along the gorge we spied a waterfall of sorts. I have no idea if this was Pattack falls, seemed a bit tame really. I took some photos, we then return to MB. 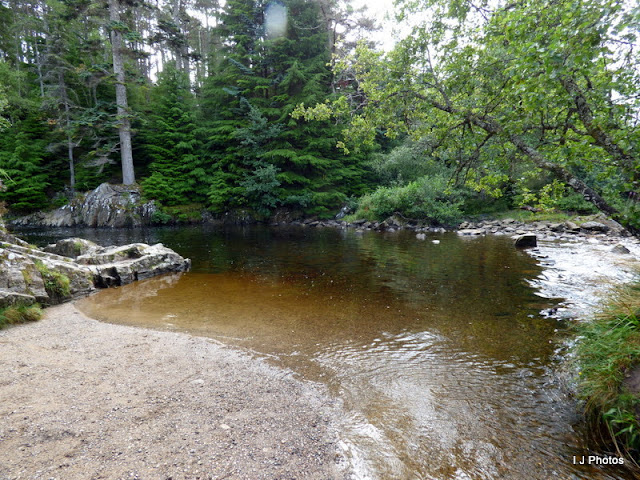 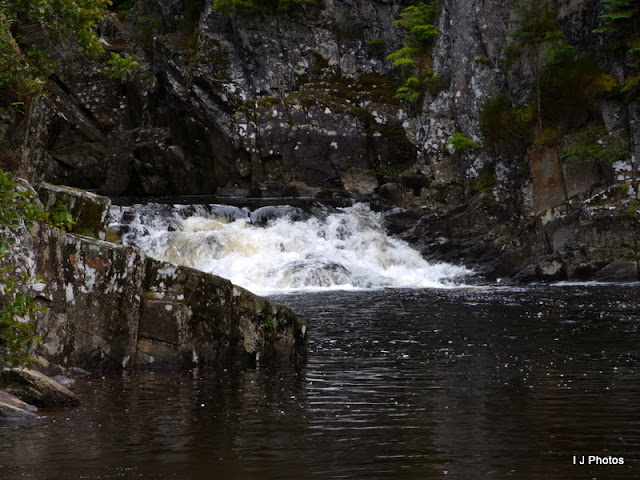 Tonight stop over was by Kingussie station. It was actually in a stable yard at a riding centre. Elsan and water was on hand, there was a fee though, £15 for the night. Now one would think the trains would keep us awake being so close to the line. In actual fact only three trains came past, the last being about 8 pm. Nothing more from then onwards, not even in the morning. Somehow I think the trains here in Scotland were affected by the train strike in England. It meant we had a lovely peaceful night. 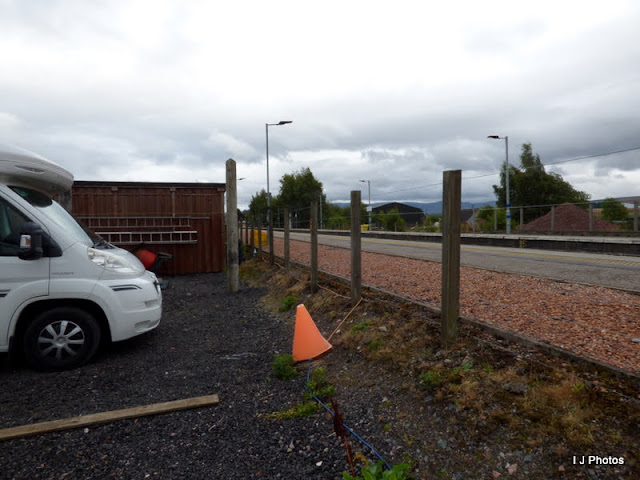 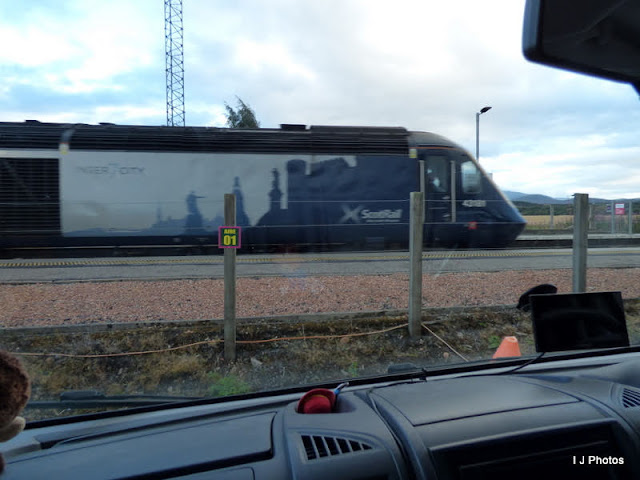 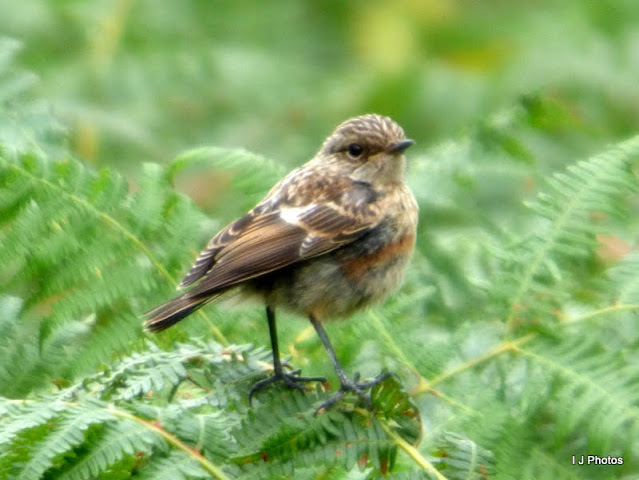 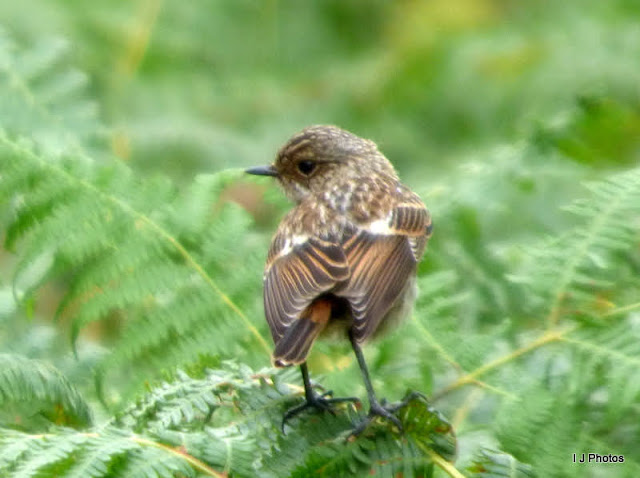 I don't normally post wild flowers but when I found out the name, I had to include it.