A slight mishap occurred last Monday, and we blamed the Sat Nav. All we had to do was go roughly 7 miles to where friends Chris and Sue lived from Sunday night's camp site. The post code was put in, it wasn't a straight forward drive to their place, mostly down lanes but felt sure she who must be obeyed (Sat Nav) would take us to their door. But no...we headed off the wrong way on her instructions, felt sure she was finding a short route but when we started back toward Carlisle, knew she was wrong. A phone call to Sue soon put us on the right road, but first we had to turn around. Now this is where the mishap occurred.
Ian tried to spin it on a fairly wide drive and this was achieved successfully but as he tried to join the main carriageway, a horrible crunching and scrapping noise was heard. Glance in the mirror to see water peeing all over the road. He immediately stopped, looked underneath and discovered the water pipe and tap had parted company. Not only that but the bracket holding the water tank had sheared and the tank was now hanging down. A few choice swear words, a shrug of shoulders because nothing could be done on the side to the road and all we could do was continue to Chris and Sues.

They have the most amazing place set in about 3 acres and a wonderfully large barn/garage/ workplace large enough to get MB in. Both Chris and Ian worked on the repair, it took quite a while, but they managed to rejoin the pipe, bung the hole where the tap would have been and return the tank to its rightful place. Water once more put in, and are convinced the tank will hold until a more permanent repair can take place once we get back to Langley Mill.

2 great days were spent with Chris and Sue and Toffee got to play with their 7 month cockerpoo, Tija. She went loopy wanting nothing more than to be chased and Tija obliged.

We left them this morning to continue our journey into bonnie wee Scotland.  Passing Gretna Ian jokingly sort of proposed again. "Do you fancy another wedding? said he. Hmm, let me think on that one! Anyway Sue had mapped out a route taking the coastal roads up the Western side of the country. One must see place on the way was at Eastriggs called The Devil's Porridge, wonderful name for the museum. It was all to do with the 1st world war and how 1000s of women helped to produced ammunition. To read about it click HERE but a short excerpt from the website.

Almost 12,000 females, predominantly young, women had travelled from across Britain to do their bit for the war effort at Gretna. They were employed to manage the process from mixing the highly volatile ‘devil’s porridge’ paste through to producing the finished cordite propellant, destined for the shell-filling factories. Sherlock Holmes author, Sir Arthur Conan-Doyle coined the phrase ‘the Devil’s Porridge’ after visiting as a War Correspondent and witnessing the Gretna Girls mixing this dangerous mixture. 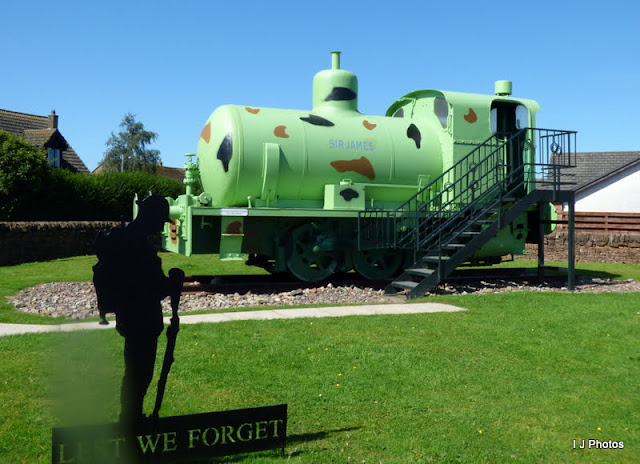 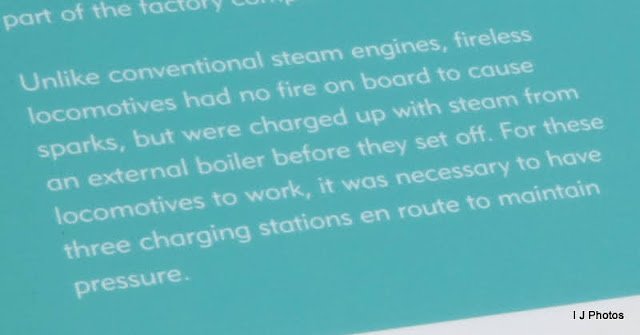 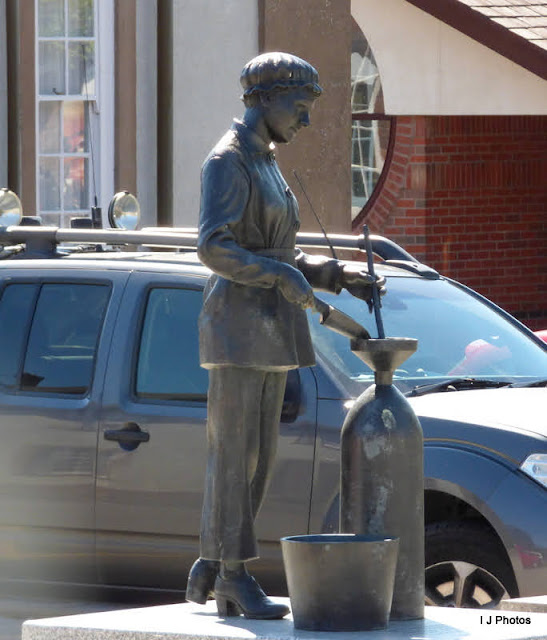 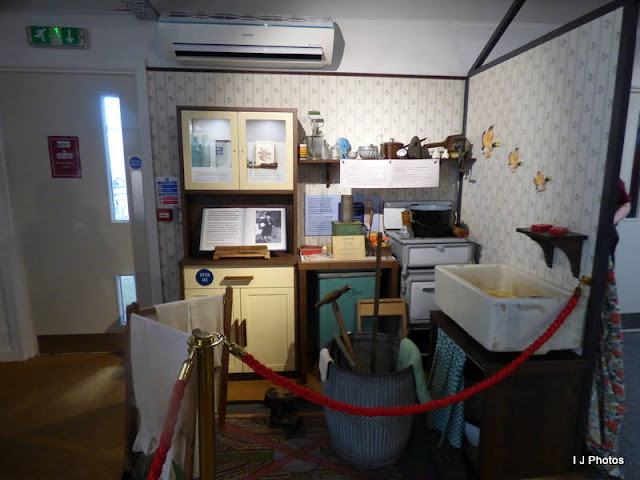 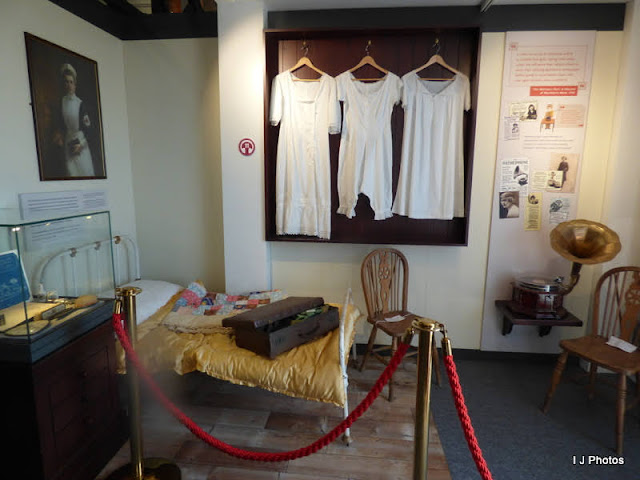 Also, a good place to stop for lunch and didn't head off again until well after 2 pm. Next stop was Caerlaverock Castle, another recommendation by Sue. Nearby was also a park 4 night with full services, something unheard of in England! Anyway got to the castle, squeezed MB through the arch, noted an arrow on a gate pointing to the car park and headed in that direction. 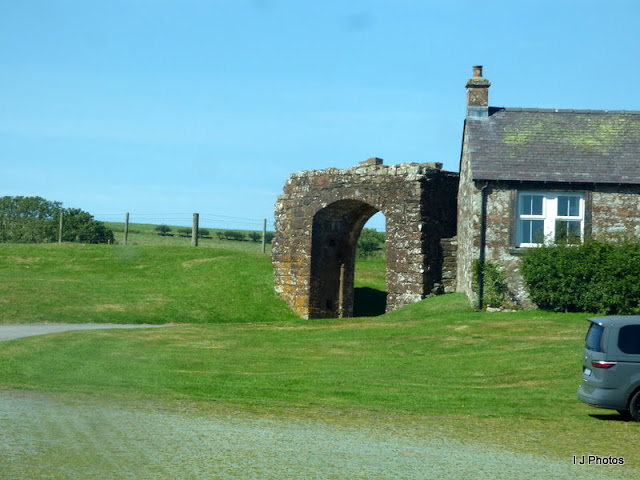 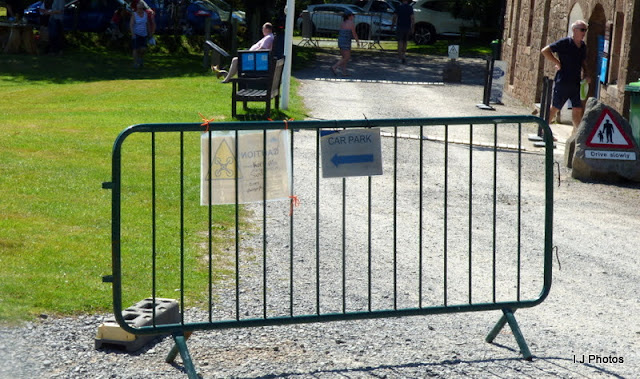 Well the lane got very narrow and the road rough. Surely not we thought. Ian continued with no sign of a car park. Two people were walking toward us and Ian asked how much further he had to go. Well they looked at us gone out! No car park down here they told Ian, and nowhere to turn around. Groan, he had to reverse MB for roughly quarter of a mile before finding a suitable spot.

Now it turns out we should have been met by an attendant who would have shown where we had to go. "We never saw you" she said. Blimey...how could you not I thought. We're big enough! Anyway we did have a walk around, then drove another mile to where the park 4 night was. Chairs came out as well as the beer. That will do nicely. 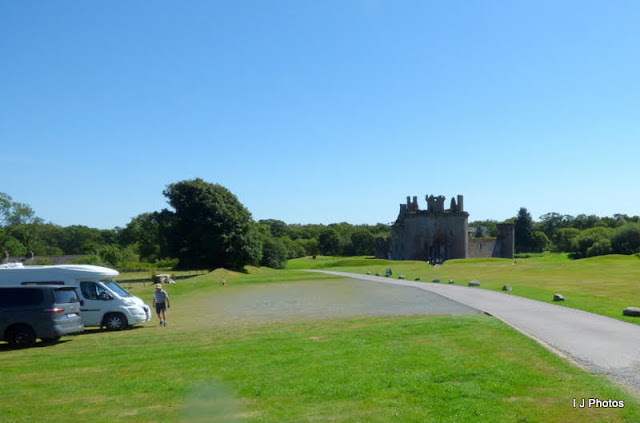 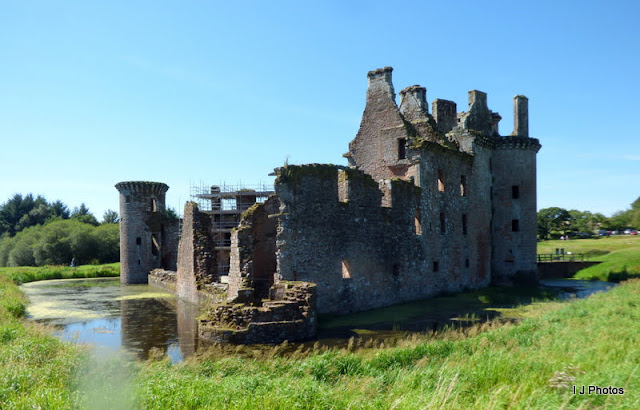 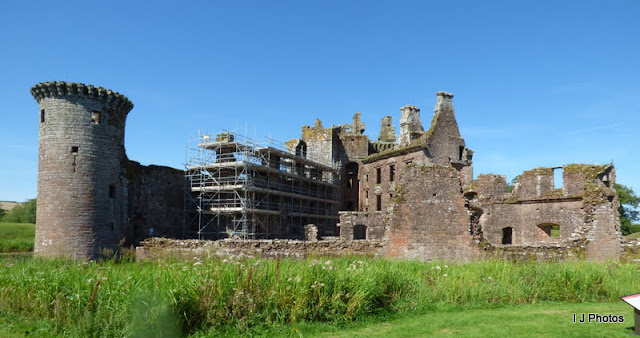 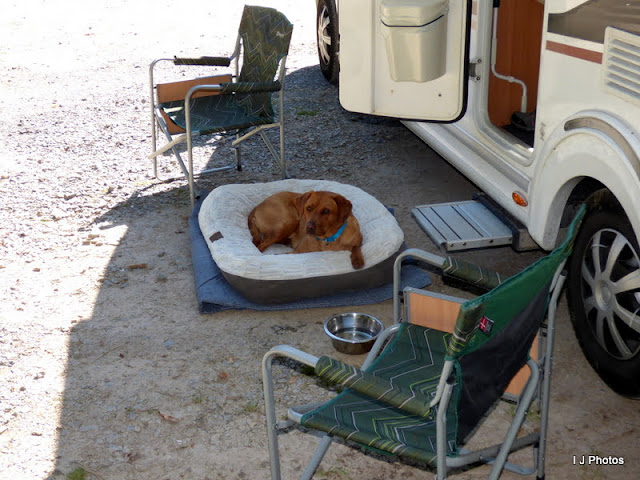 I have just bought a new TomTom and discovered they have moved the postcode where we live by about a mile to the middle of nowhere. It really through the Chinese Takeaway delivery driver who rang up saying I am here but cant see any houses. Looking at Tomtom there are loads of faulty postcodes in there now.