A gem of a walk

It's turned wet again, not what we wanted when a decent round trip walk was found close to this car park. Toffee was taken out at 6.30 am, me in trousers pulled over nighty and waterproof coat. The car park was dark and oppressive with trees surrounding the area. For some reason only known to dogs, she was very nervous about going out. It could be the constant dripping of water from the trees, or maybe she sensed something sinister, it made me a bit uneasy too. Thankfully she had just about had a wee when her ears went right back, tail between the legs, and she shot off back to MB. I couldn't get her to go out after that, well not until we set off for that walk much later.

So that walk, what a gem of a place, and we wouldn't have found it had we not stopped early last night. Several waterfalls, most impressive after all the rain and the whole forest was surrounded by moss and lichen, reminiscent of a rain forest. 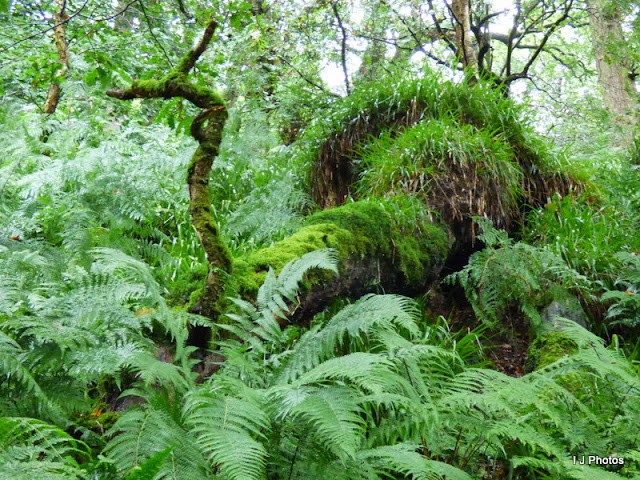 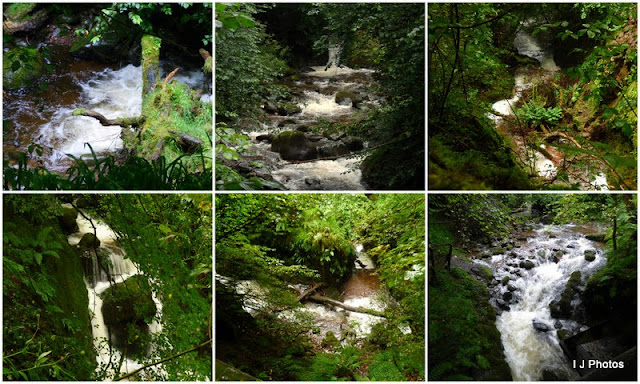 3 miles the round trip, plenty of steep inclines and steps which finished eventually at the Castle. The rain never let up, and I found out very quickly that my so-called waterproof jacket was not! A good quarter of a mile of steep downhill road lay before us to get back to MB. This was by far the worst bit for me. Penguin steps again, I really must remember to take walking poles with me! 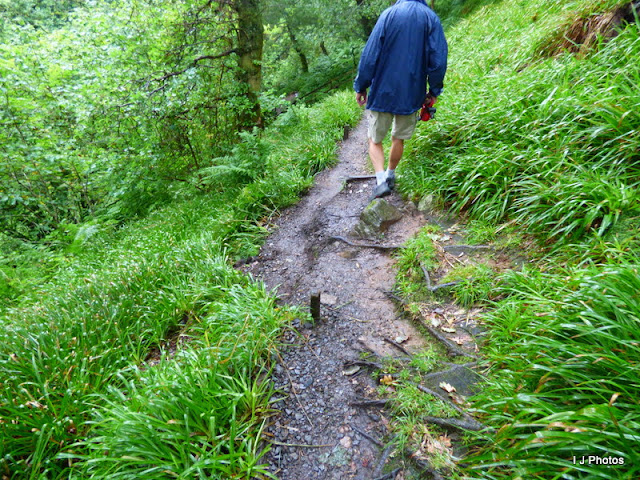 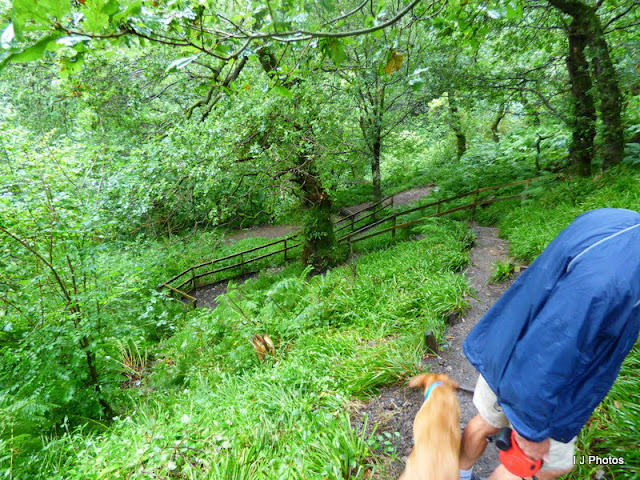 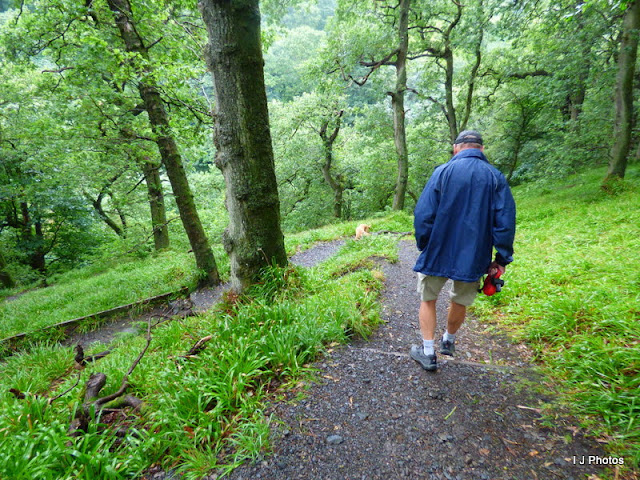 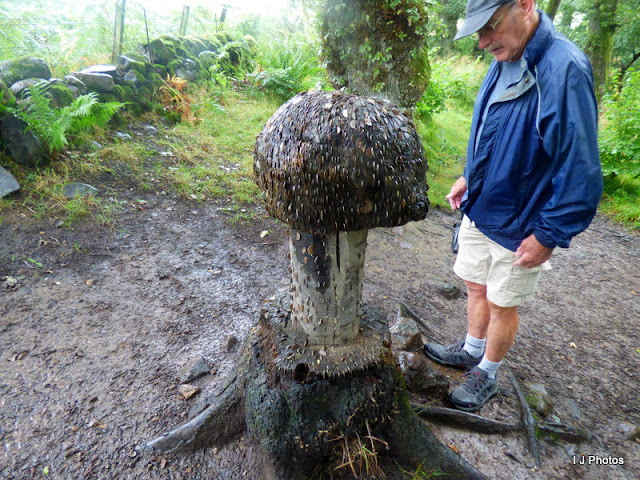 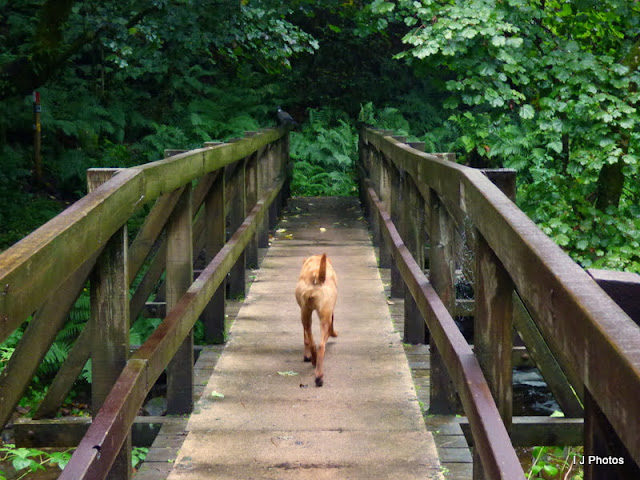 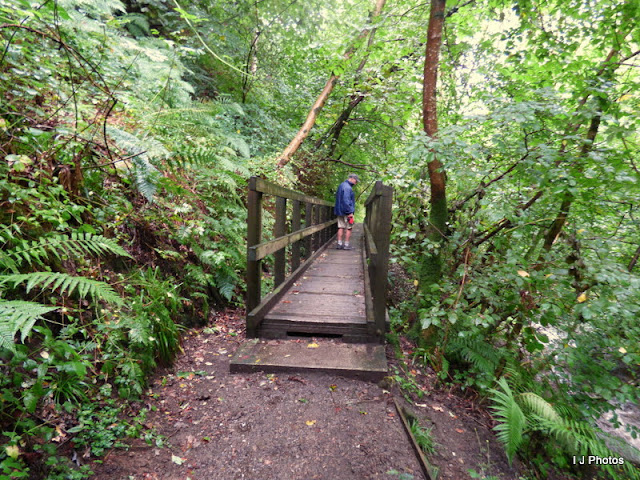 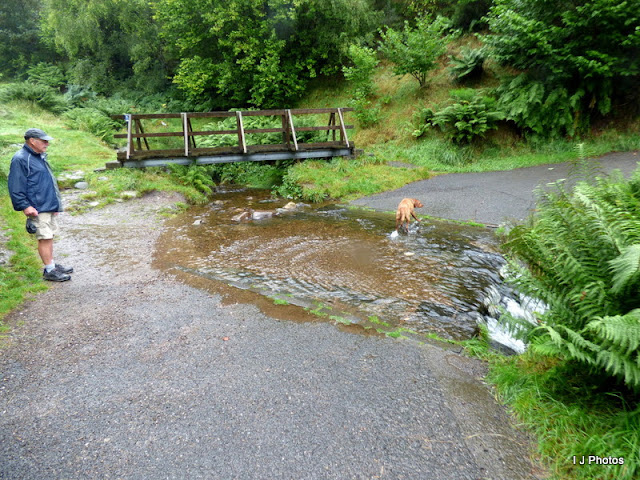 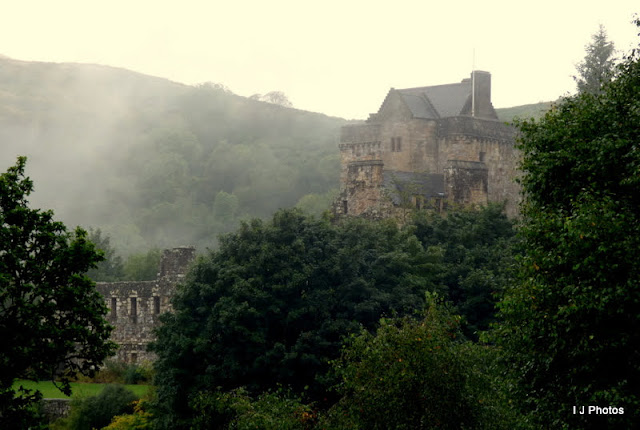 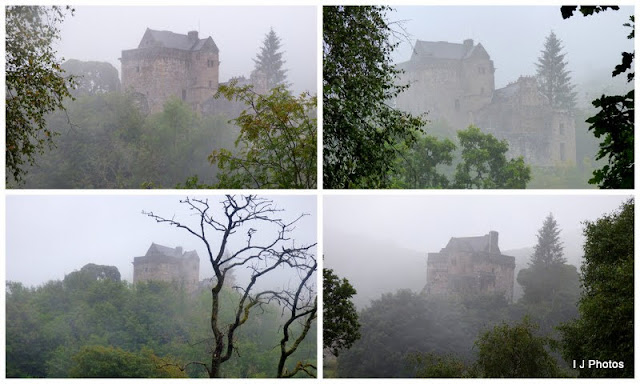 The one thing we didn't want to meet was the bin lorry. Not a minute before it arrived, Ian had mentioned that fact! 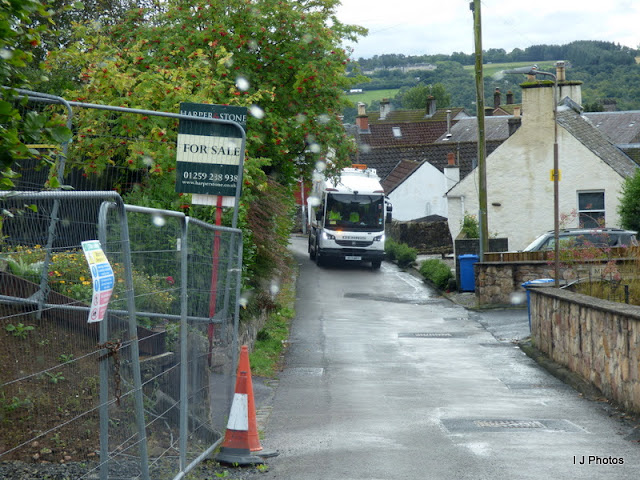 Took us about 40 minutes to get to Falkirk and boy was it busy. All car parks were full so very glad there was a designated coach and motorhome car park at the top and several water taps available for use. Slight problem though, they all required a larger tap connector. Ian rummaged around in the hose bag and pulled out the correct fitting. He always amazes me with the things he can lay his hand on.  Ian had a walk down the hill to the canalside facilities to empty the loo, a bit of a trek but at least with the key it could be done. The cost of all this was just £3.50 and that was actually for an all day ticket for the car park, for the privilege was well worth paying. Much cheaper than going into a proper caravan site. Jobs done it was off to the Northumberland waters Fontburn reservoir. We stayed here in September last year and really liked the quietness of the place. 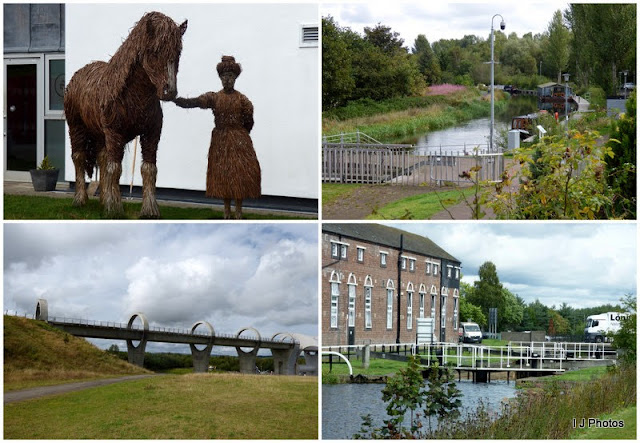 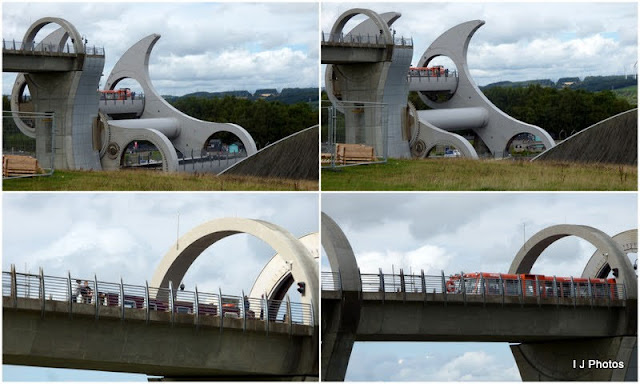 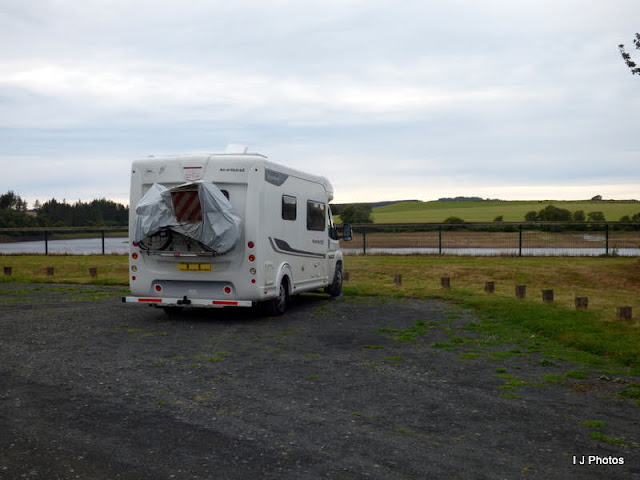 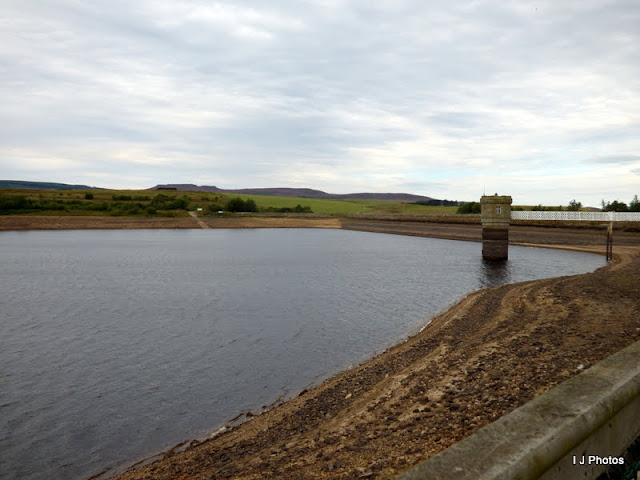 You may have gathered we are heading South, It’s back to Langley for us on Friday and Saturday we return Toffee to our son. Gosh life will be strange without her. I very much doubt we will be walking as much, but then again, with a new adventure waiting for us in New Zealand, we expect to be busy getting everything sorted.