The Sunset last night, a red sky not seen by us for quite a while. As sunsets go this one was pretty pathetic, lasted for only a few minutes before the clouds completely obscured the sun. 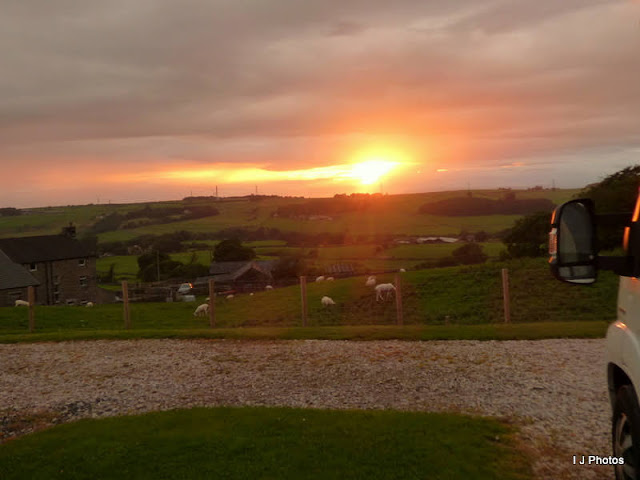 No hurry to leave this morning. Ian wanted to find a Curry's, the memory stick with the Harry Potters audio, Half Blood Prince had become corrupted. Part way through and it was like a stuck record, the same word over and over again. He decided to upgrade to a 16 GB, the last one being only 1 GB. Back to Lancaster we went.

Big place Lancaster, finding Curry's was no problem but Sainsbury was a different matter. We must have driven around the one way system several times and still no sign of it. An Aldi was spied, that would have to do instead and pulling into the car park, there was the canal. Took the opportunity to give Toffee a quick walk 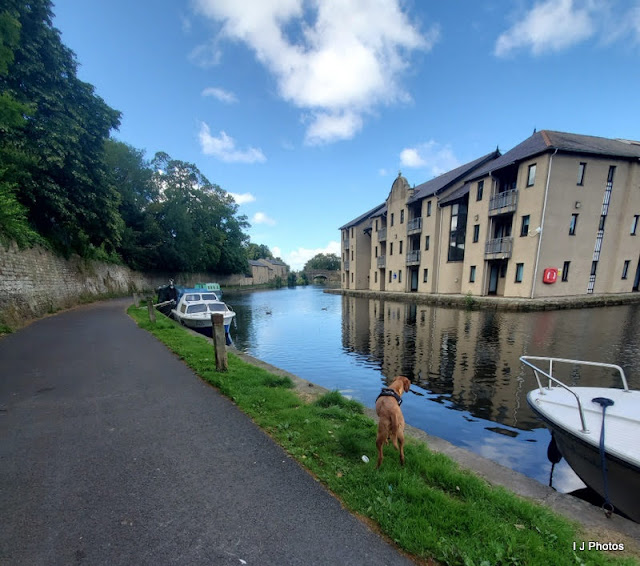 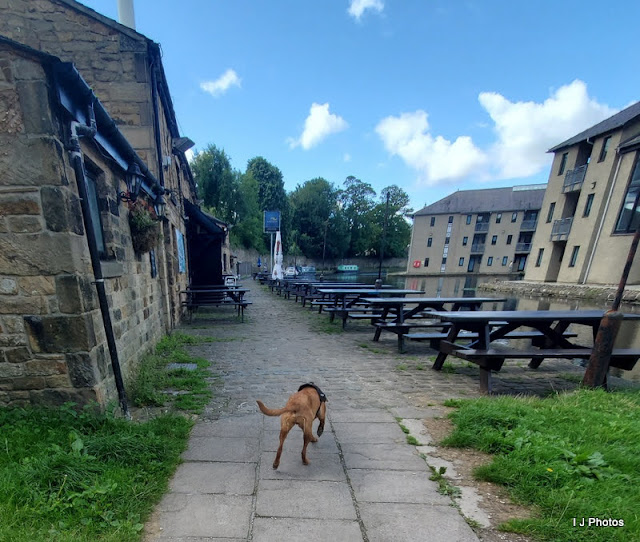 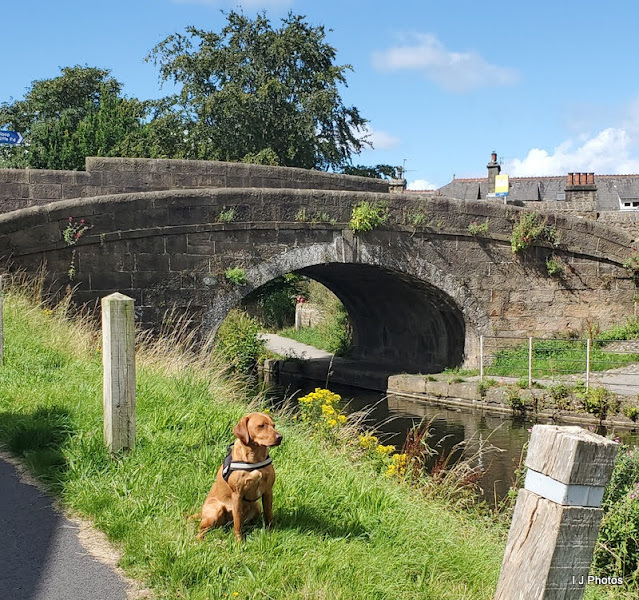 90 minutes after leaving Lancaster we arrived at Lakeside, Lake Windermere. Overnight parking for £4.50, not bad we thought. Plan was to have a stroll along the lakeside but on arrival, not a footpath to be seen. What was there and if we had done some research we would have known, was the Lakeside and Haverthwaite steam railway. What a time to have Toffee. Dogs are welcome on the train but Toffee can be very nervous around a lot of folk. Tail goes down between the legs, she becomes anxious and sticks to us like glue. Nop it would not be fair, instead photos were taken and another loco to put on our todo list for future adventures. 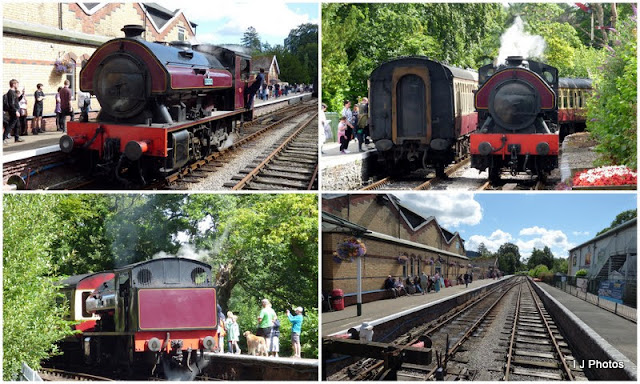 What we did find walking past the station, a sign pointing to Great Knott Wood. It meant a 150 mtr walk along the narrow road to get to it, luckily the road to the entrance had plenty of driveways to rush into if a car came along.

There was this notice pinned to the entrance, 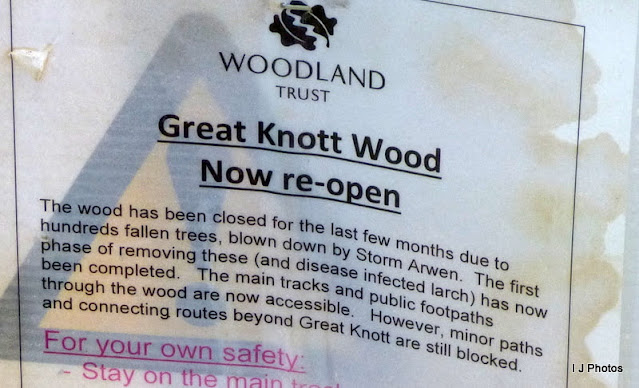 Gosh the devastation was very apparent on the way around. So many trees uprooted and some trees had red splodges painted on the trunk. I believe these were the diseased larch judging by the white streaks running down the bark. 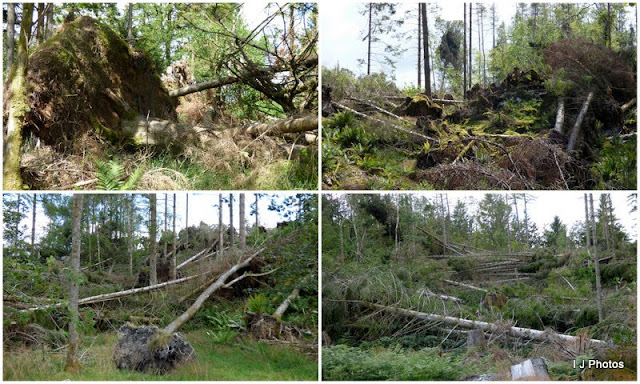 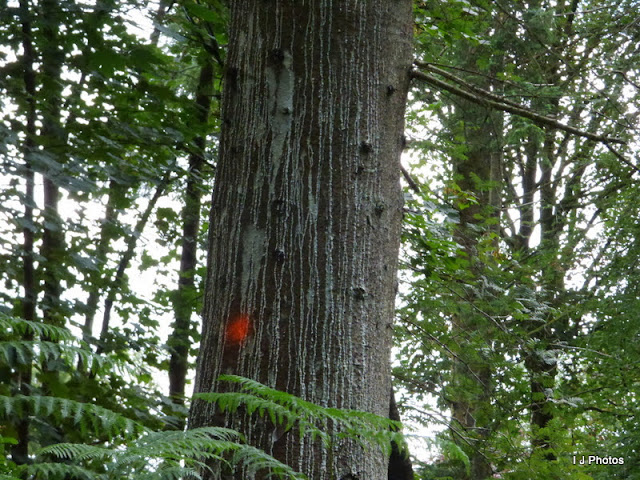 We climbed steadily for about half a mile finally reaching the top with some relief. 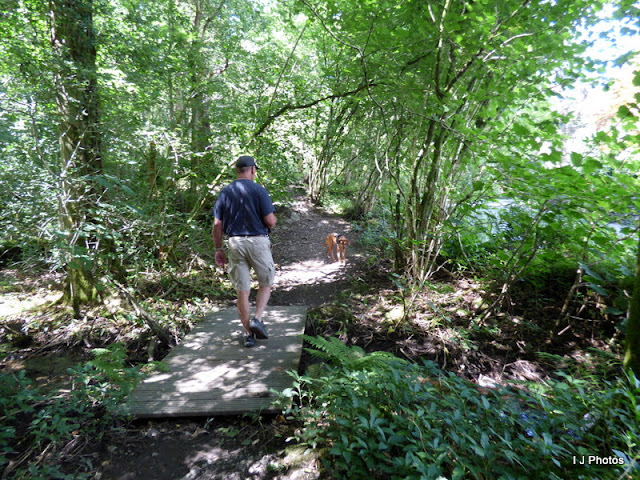 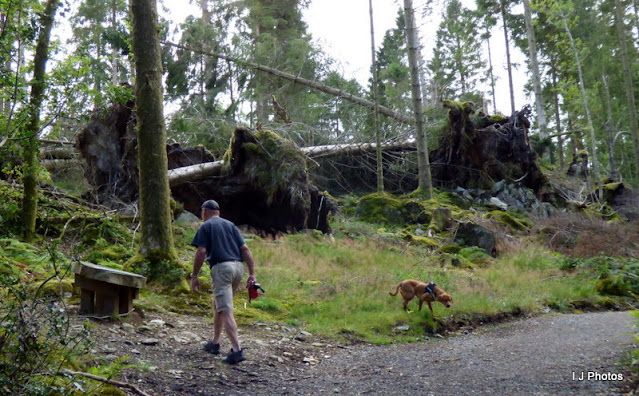 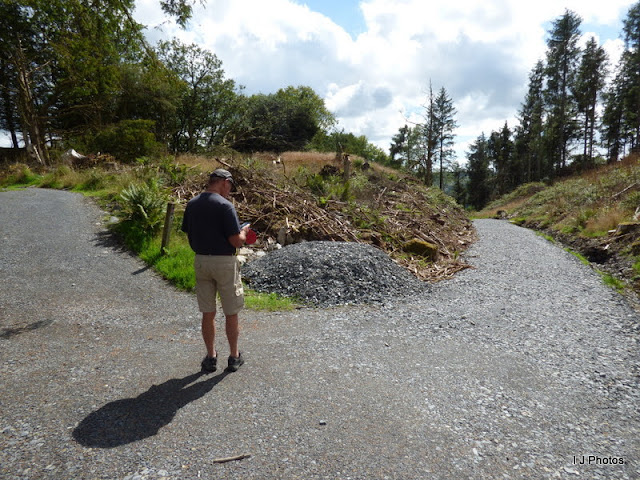 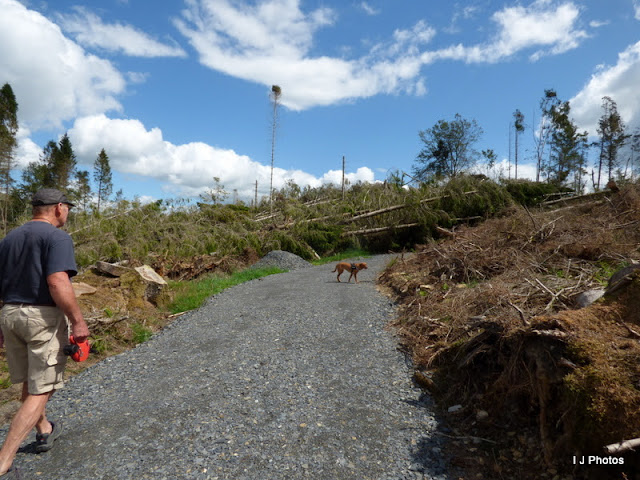 Of course what goes up must come down, I envisaged a bit of discomfort from the knees on the way down but when I saw just how steep the descent would be, I groaned inwardly. I really didn't want to turn back, so with gritted teeth and a gait more like a Penguin, I started on the way down. Took forever to reach flat ground, must have been at least a quarter mile descent, had to have many stops to ease the pain and the relief was massive with the thought the worst was over on reaching the bottom. I hadn't reckoned on the one thing that would scupper our chance of  a round trip. This was not a circular walk through the wood as first thought. In fact the wood walk stopped abruptly at the road! OMG narrow with many bends and cars whizzing along at some silly MPH. No way would we risk Toffees life, or ours for that matter.  Nothing for it but turn tail and clamber up that steep slopea gain. 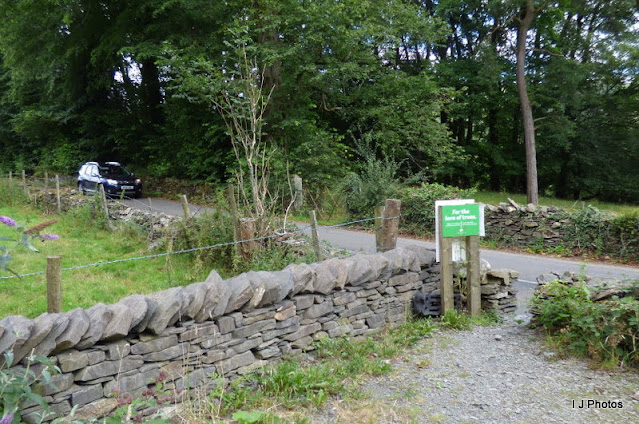 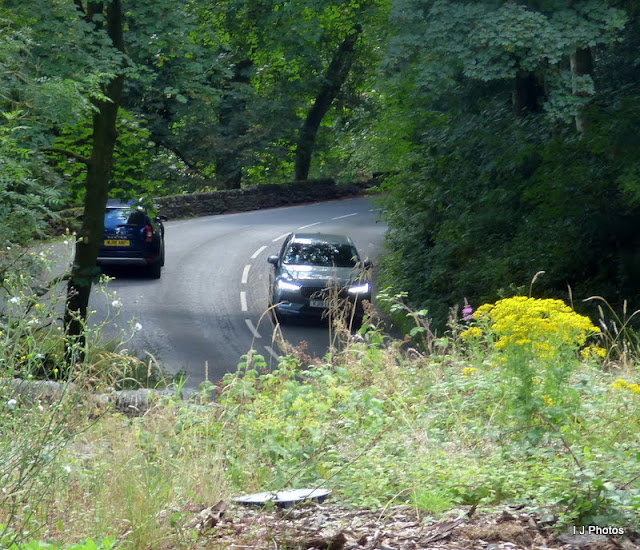 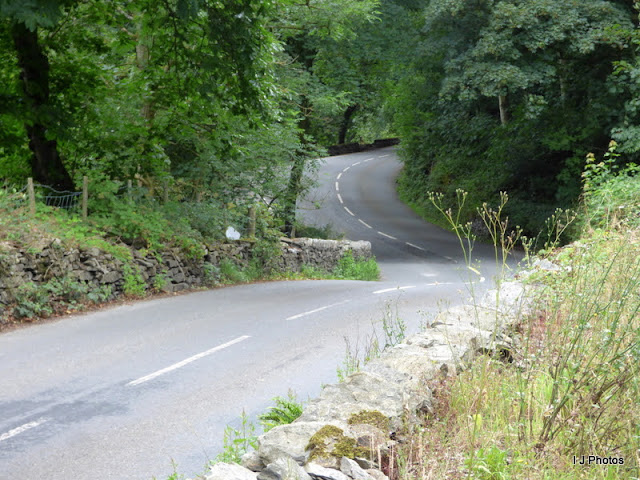 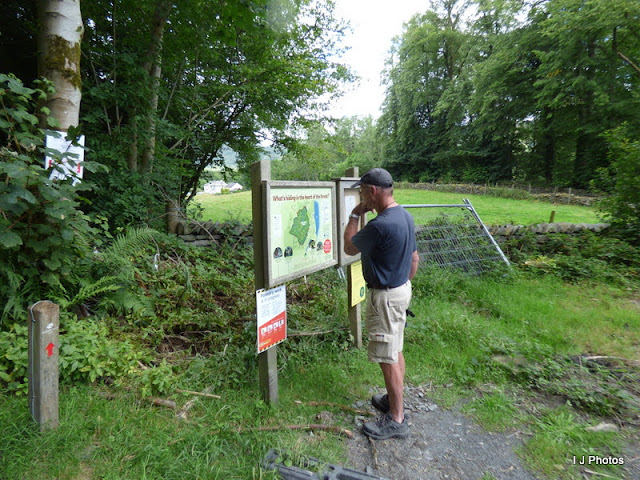 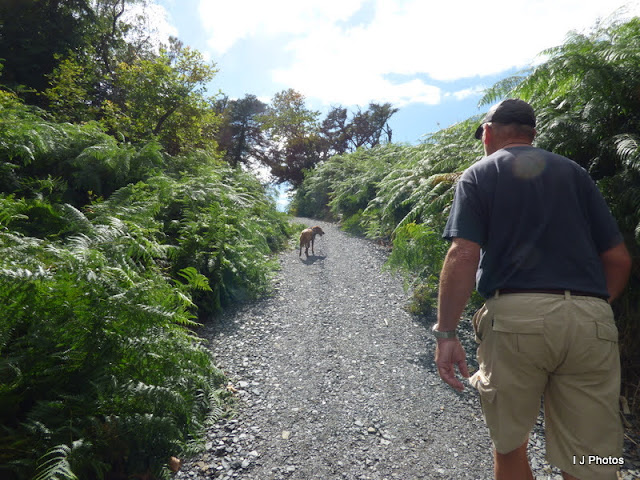 That final descent, a gentler slope much to my relief, all we had was that last walk along the road and back to Lakeside. Stopped at the café, not so much for a well earned drink but more that we could take the weight off. Sitting beside Lake Windermere and watching the boats, well we could have sat there all afternoon. 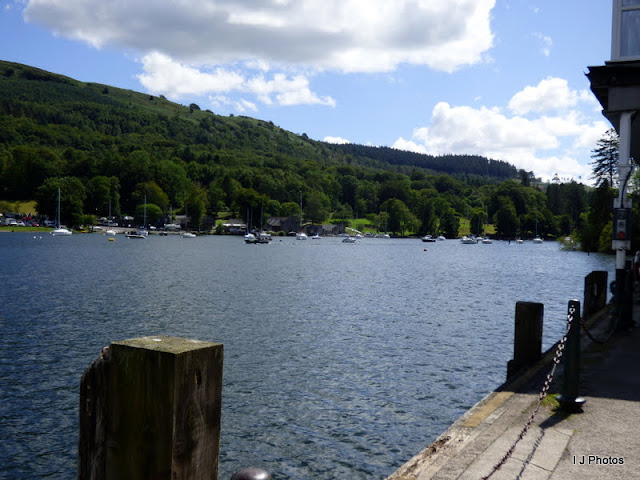 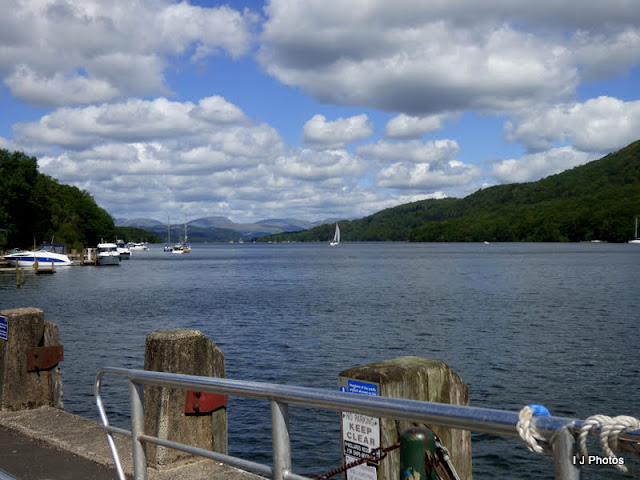 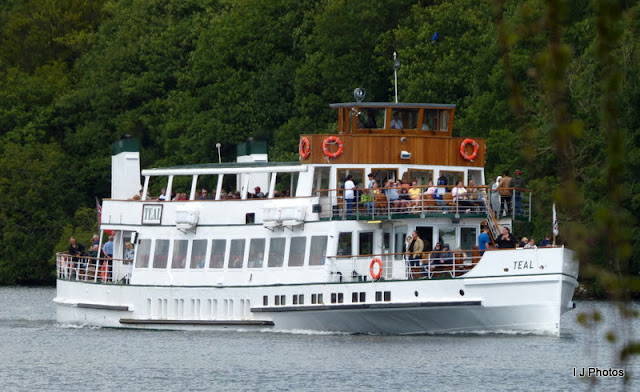 So what to do tomorrow...no idea at the moment. 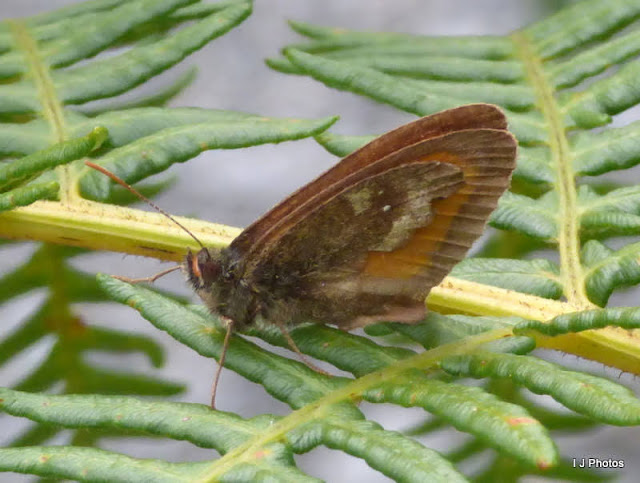 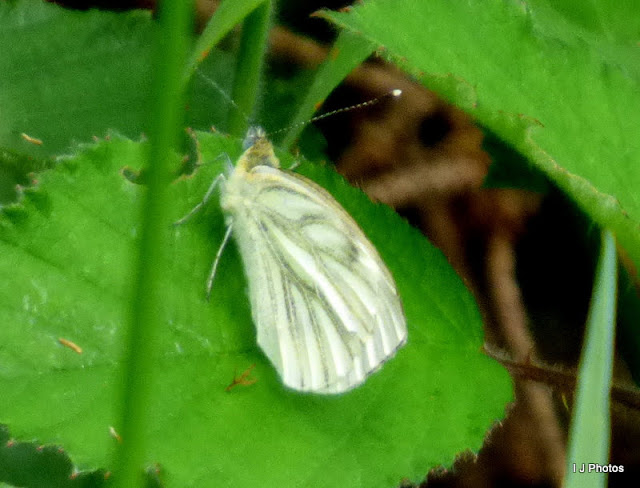 Some great adventures!
Please make sure before you come to NZ that you thoroughly clean and disinfect all footwear, as well as any backpacks or walking sticks that you are planning to bring with you.

And Irene, do you use a hiking stick when you are out adventuring like this? If not, get a Lieke stick - you will find it really helps your knees and hips.

Irene, I have a Brashers walking pole that I never leave home for any walk, even round the estate with Monty. It gives the security of knowing if one of my knees throughs a wobbly that I will stay upright! I marvel at how far you manage with you knees - I really struggle these days and any form of 'lumpy ground' is a complete no no. Jennie x

Thanks, Jennie, I will look into getting one.