A return for old times sake.

I think the dry spell has well and truly broken. It's been raining on and off since early yesterday evening. Last night taking Toffee for an eight o clock walk, a huge puddle had appeared right by the back step. Typical.  Ian had moved MB to where he thought the ground was more level. Somehow I think he was mistaken. 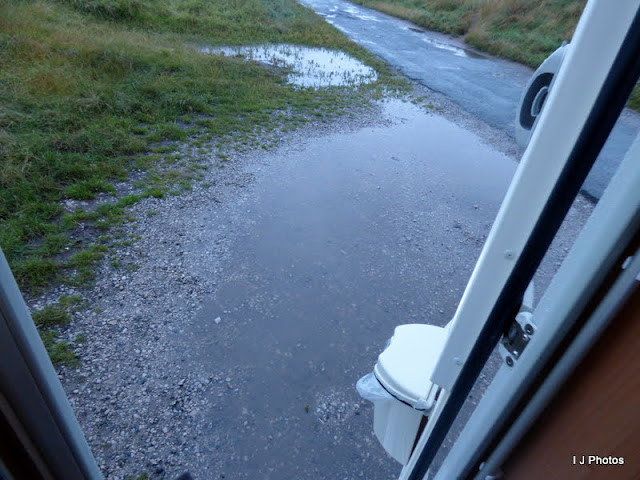 The wind and rain lashed MB all night, and I was glad it was Ian's turn to take Toffee out first thing. The weather was so bad, planning where to go was a bit of a nightmare. Various suggestions all got the thumbs down. I fancied Williamson Park which would have given Toffee a really good walk in their 54 acres grounds but of course that idea was pooh poohed...much to wet. Blackpool was also turned down, not a good place for a slightly nervous dog but then how about going to Glasson Docks just for old time sake. We were there 14 years ago with two other boaters from the Erewash. We had to cross the tidal River Ribble to get to the Lancaster Canal, leaving from the Rufford Branch at Tarleton, out on the River Douglas, around Astland Lamp and onto the Ribble onwards to the mouth of Savic Brook which took us off the river, through the sea lock and onto the Brook itself (We called Savick Brook the 'Ditch'. Narrow and very shallow!) Finally up 8 locks and onto the Lancaster canal.

Quite a way along the canal was the Glasson Branch. A descent of 7 locks took us down to the basin. Here we stayed for several days, good days they were too, so we were keen to see if any changes had occurred. It all looked to be the same and with the rain holding off, we took Toffee for a walk around the basin. Just got back to MB when down came the rain again. 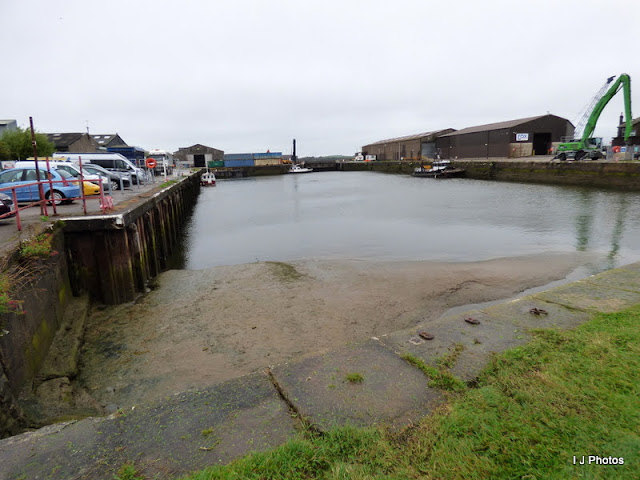 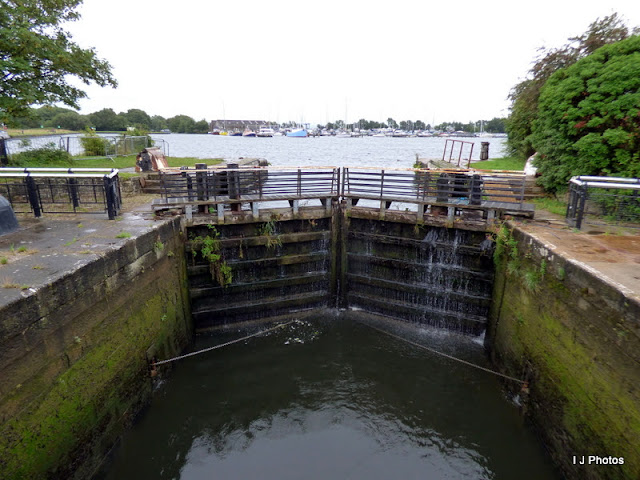 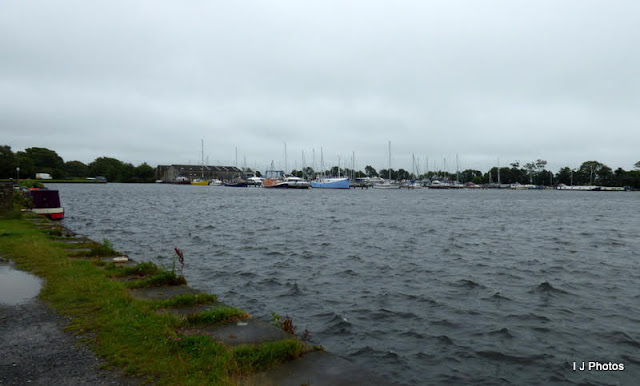 We headed back toward Blackpool. All my fault because looking on the web, I noticed sand dunes at Lytham St Anne's. Light bulb moment...that could be where Toffees stamina was tested.  As an added bonus, it also had a park 4 night right by the dunes. That would do nicely.

First Blackpool had to be driven through. Even with appalling weather loads of people were about. None of the Blackpool illuminations lighting the streets although the larger than life tableaux hung securely from posts in readiness when all the lights would be switched on next month. 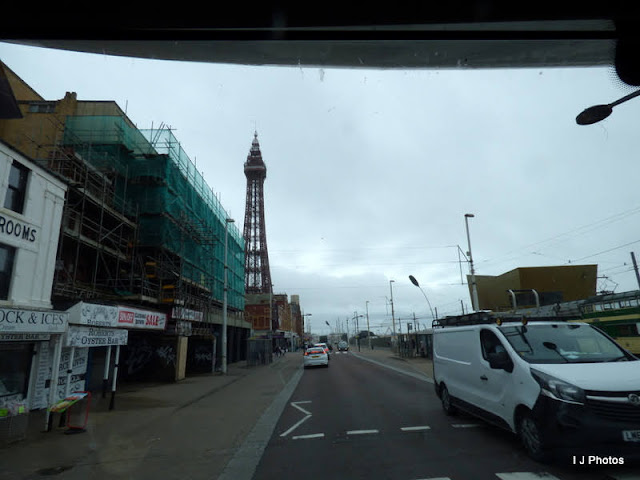 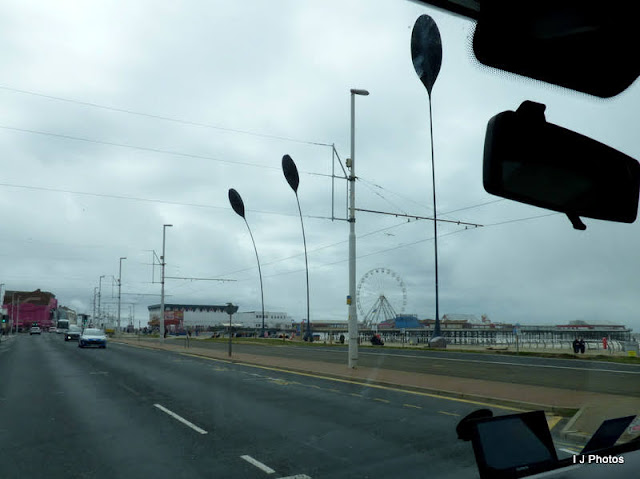 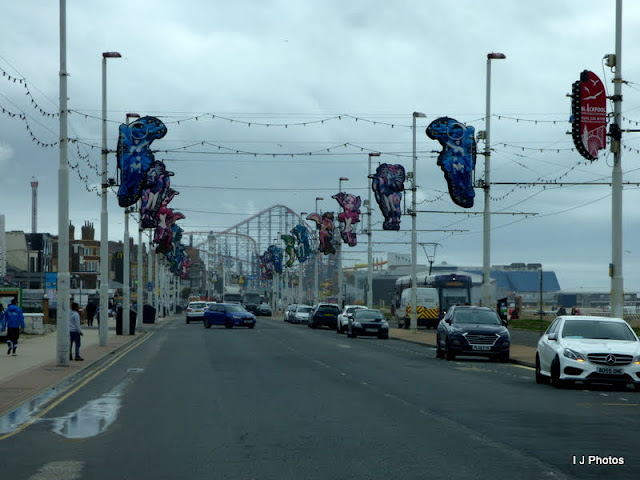 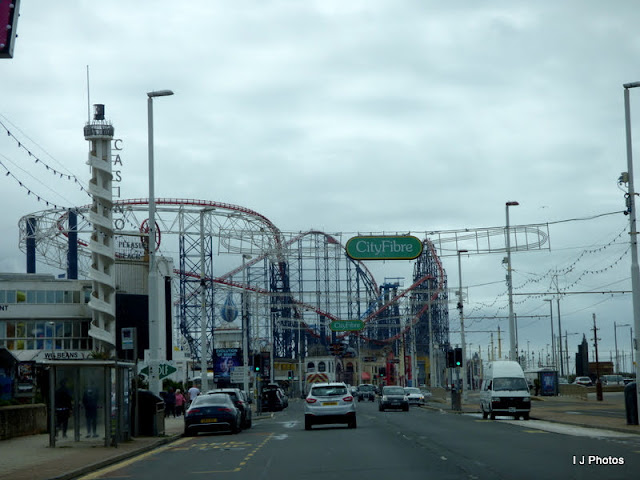 The car park was a good mile from Blackpool, good for us because it meant Toffee was allowed on the beach. Rain was still coming down, but it appeared to be brightening up somewhat so water proofs on to take a very excited dog to the dunes. The sea was far out and a vast expanse of proper sand lay before us. In the distance we noticed kite surfers, making the most of the wind and rough seas. Now that looked like fun. Oh, if only we both were fit and able. This sport has come too late for two geriatrics like us! 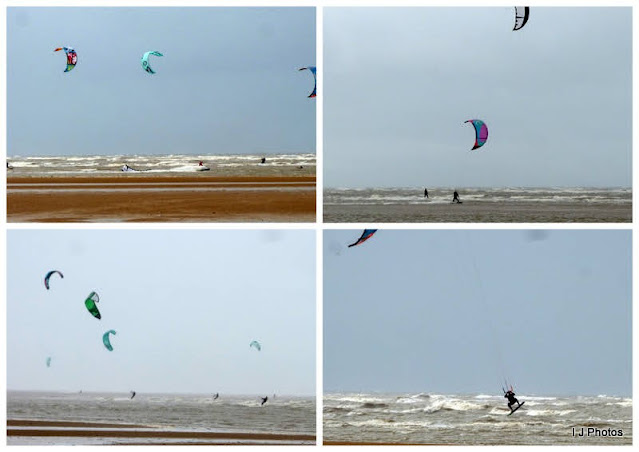 All I could manage was a gentle stroll and paddle and watching one mad excited Toffee tearing all over the place. Now what did I say about her stamina? It's boundless, I don't think we could ever wear this dog out! 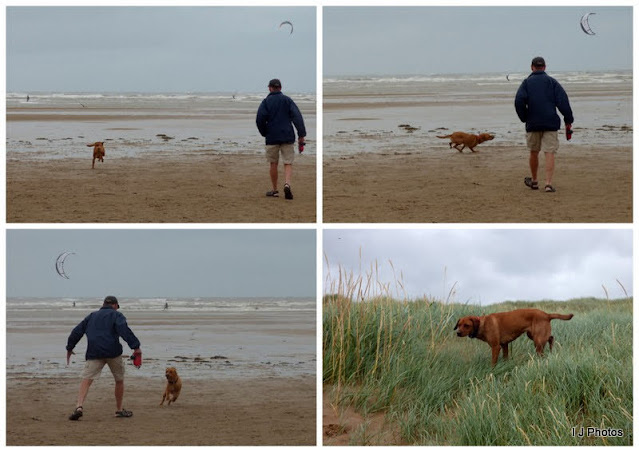 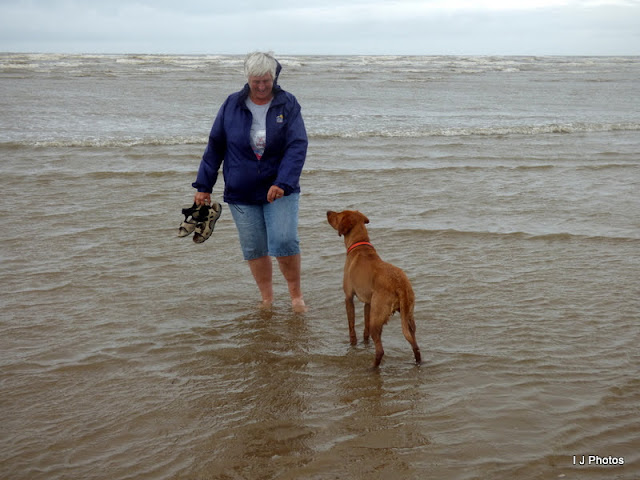 The rain did stop for a while and a glimmer of sun appeared late afternoon. We have ,made another decision. Remember Williamson Park.Well that has been put into the Sat Nav for tomorrow.

Posted by Ian and Irene Jameison at 5:17 pm

"I think the dry spell has well and truly broken"

Not in East Anglia it hasn't! We did get a few mm the same day I spent 2 hours cleaning my motorhome, but since then - nothing...

There is talk of hose pipe bans on the news tonight. That doesn't surprise me even with the rain we have had in the NW. Goodness knows how the farmers are coping down south. I just hope the dry weather breaks soon for their sake.