Sculptures that make you think.

Yesterday we found a car park in the Forestry and Land Scotland and had hoped to overnight there. Some of their Stay the Night initiative ran last year but not all of their site permit overnighting. This one didn't hence the stop at the riding centre yesterday. What we did see on a notice board was a sculpture trail, looked both intriguing and a good place to take Toffee for a walk. With that in mind we l had left for Kingussie.

The plan nearly changed this morning because of the weather again. More torrential rain staying with us until well after 9 am. By the time we had down the unpleasant loo emptying and watered up, the sun had appeared and so the sculpture trail was on again.

Now I found it fascinating, although some of the sculptures were dark and foreboding and many had toppled over and were in a state of decay. The sculptor Frank Bruce decided to depict parts of history that were depressing. This from Frank Bruce the sculptor

This series of works depicts icons of patriotism and the tragedies of world poverty. This may sound like an odd thing to encounter in a forest setting but there is something deeply affecting about these works.

Here are just a few of the sculptures seen on the mile walk. 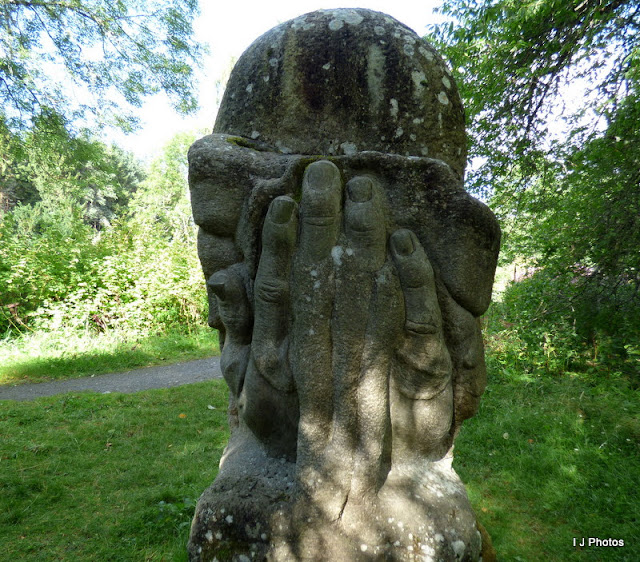 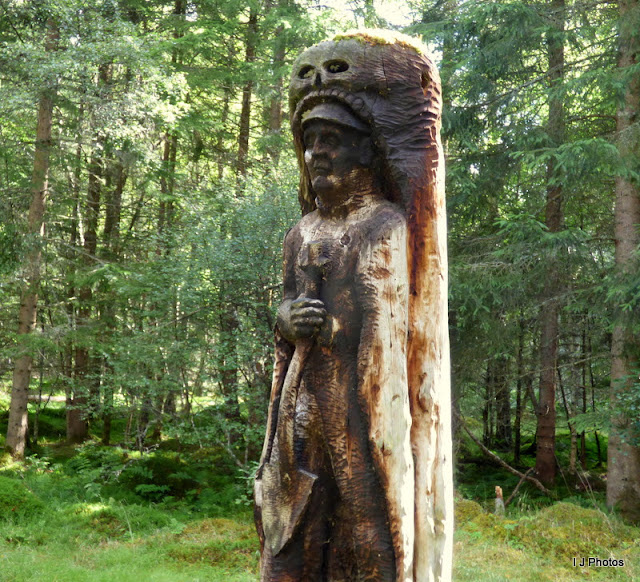 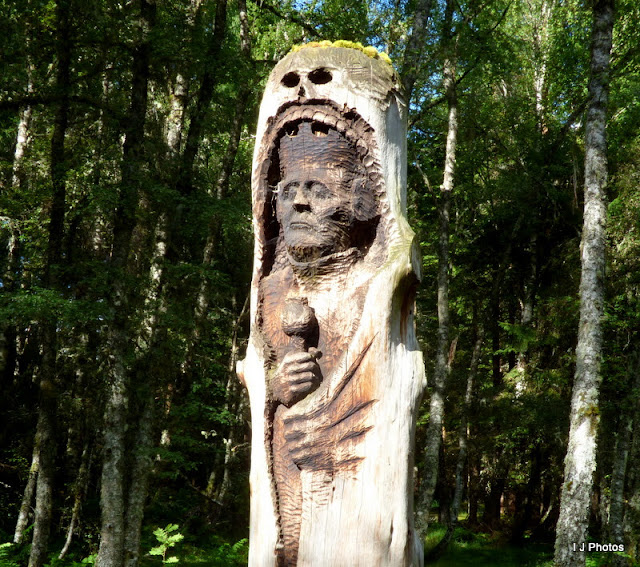 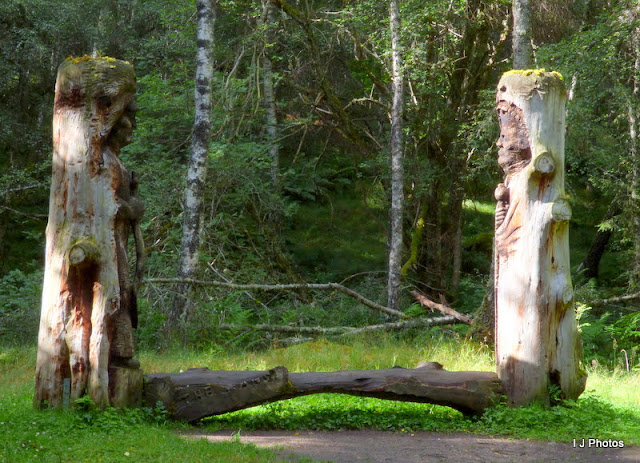 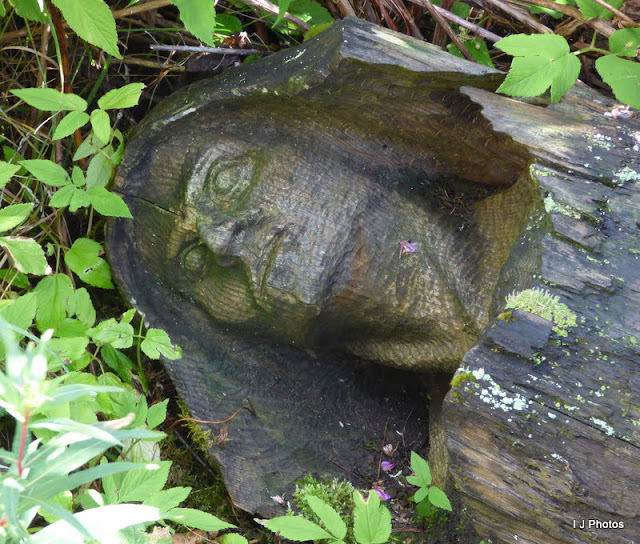 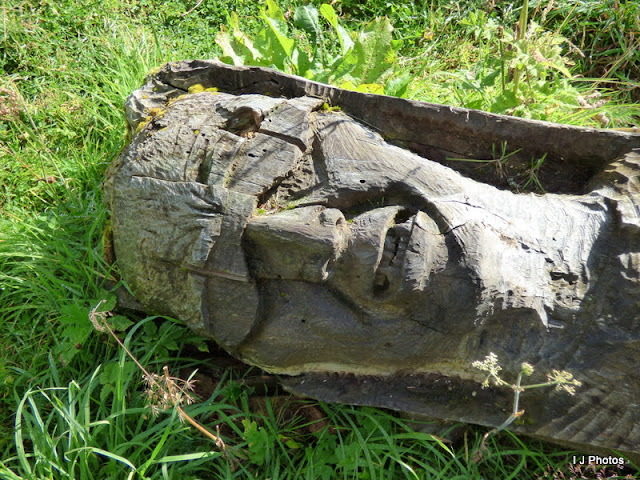 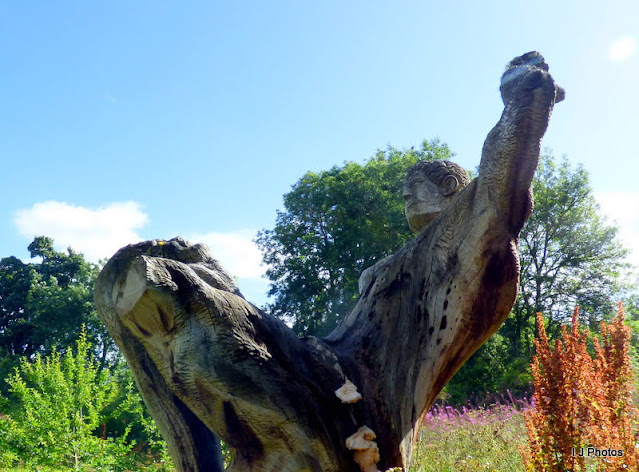 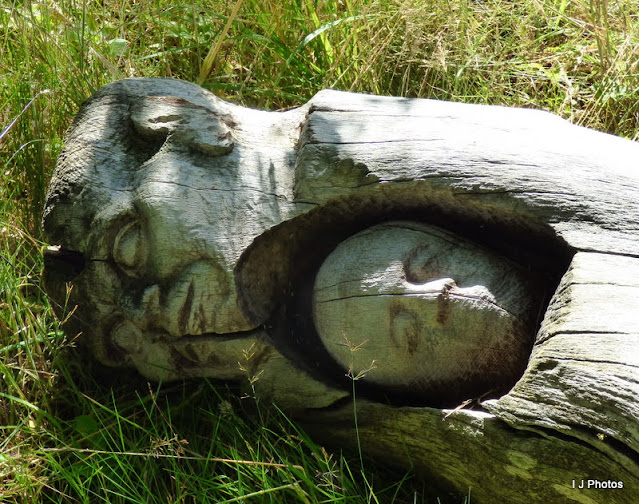 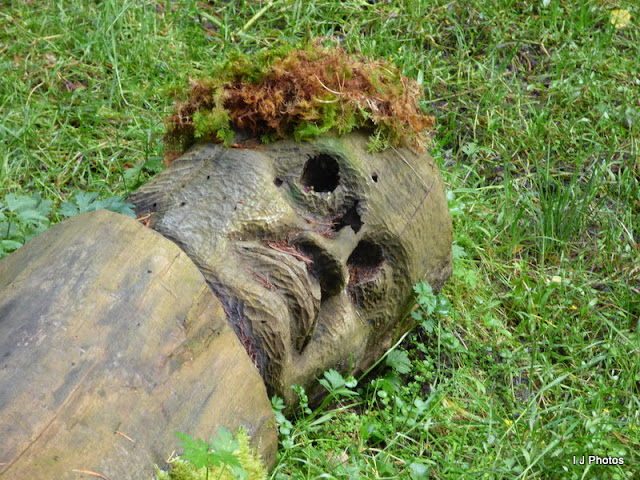 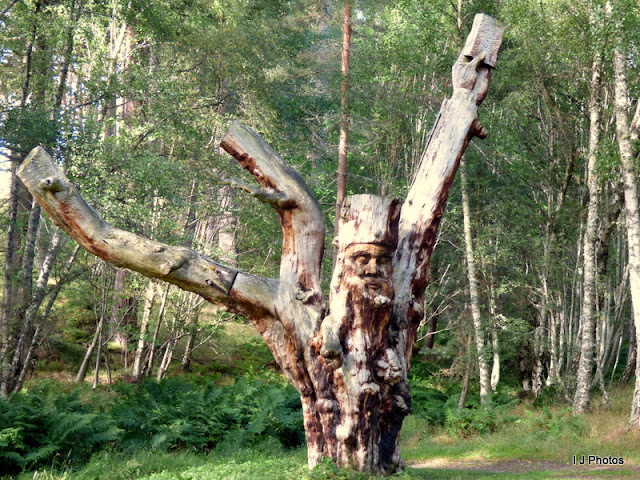 The next plan was to visit the nearby RSPB centre at Insh Marshes, thought we may as well go and have a look. Hmm, the write-up about it on the web made it sound brilliant and had we come in Spring and early summer, it probably would have been, today though was a real disappointment. Two hides, neither had any wildlife to see at all and the hide that overlooked the marshes with spectacular views of the mountains was closed due to a fire earlier in the year. 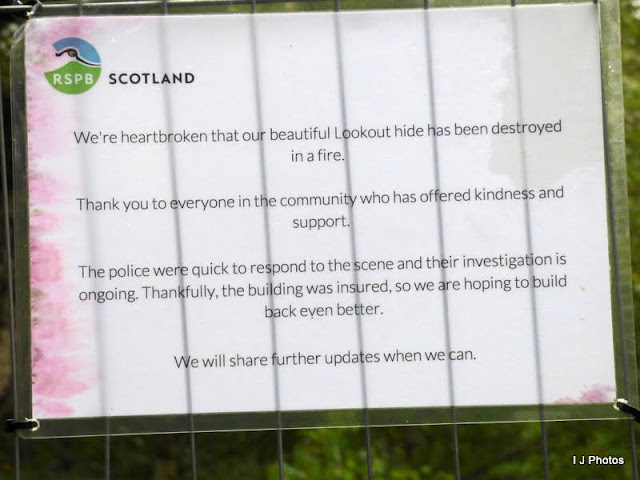 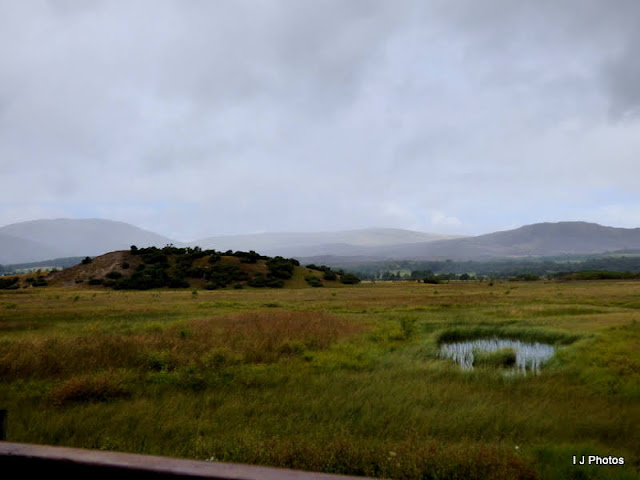 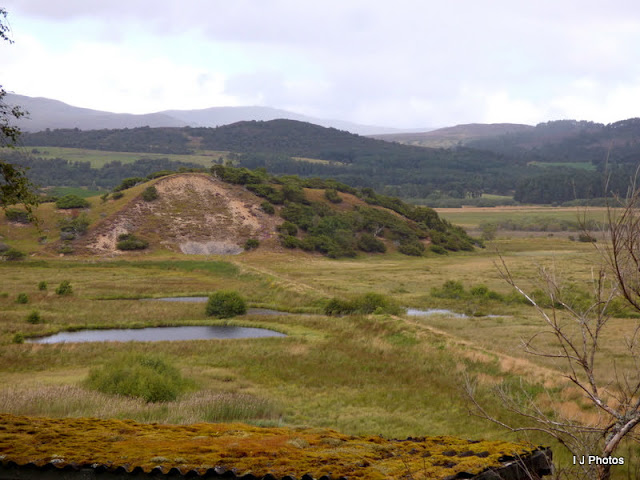 One place we were sure to see birds and possibly a red squirrel was another RSPB site at Loch Garten. We arrived mid afternoon, spent a good hour in the visitor centre, saw plenty of birds but not the one I was after, the Crested Tit, and no sign of a squirrel. Heard the news that the Ospreys had left the nest only three days previously, shades of when we were here in 2019. Then we missed seeing the Ospreys by a day!

Spent plenty of money there though. Bought two midge nets to wear over hats, an anti midge spray because mine was all but used up and the most expensive thing, a monocular! 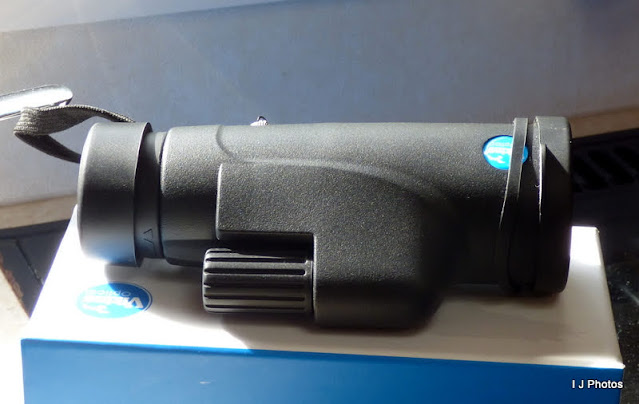 As members an overnight stay was permissible and the suggestion that we turn up as soon as it opens at 10 am, it might be a good time to see the squirrels to the feeders. That's the plan then and fingers crossed for the morning. 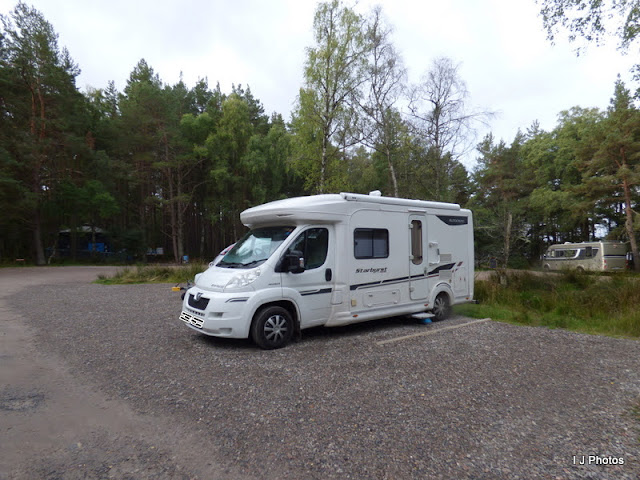 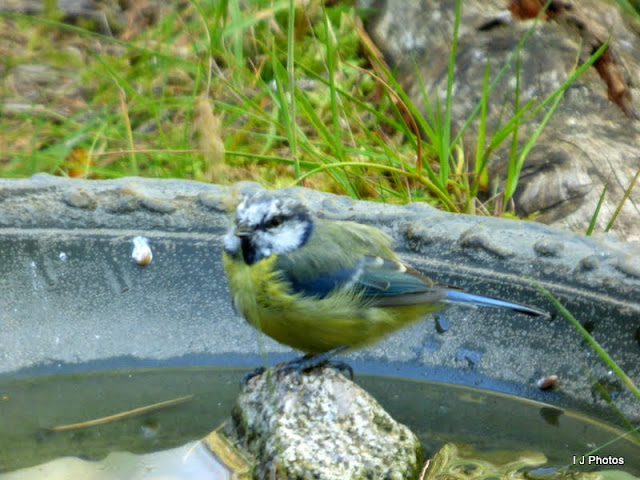 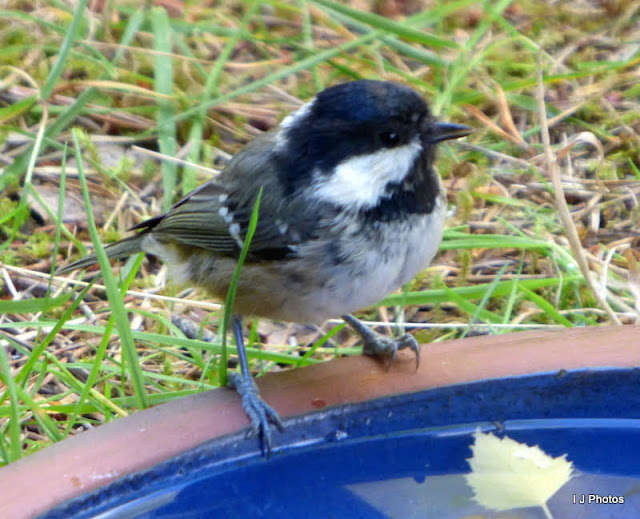 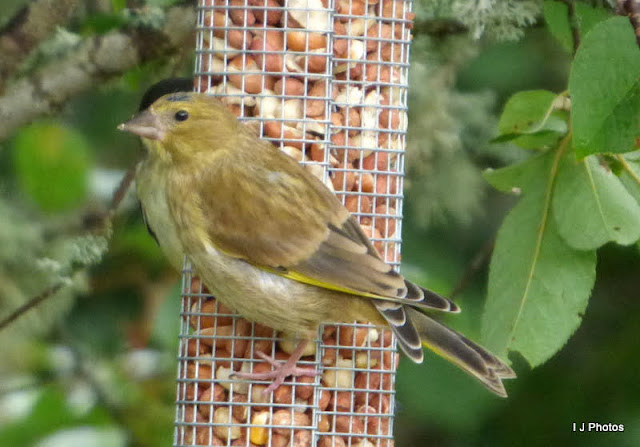 What amazing, unusual sculptures and good use for the old tree trunks too.
Agree, wouldn't want to encounter that huge red beast comming at you, however the views from the cab must be spectacular for it's occupants.
Ann Makemson xx