Confronted by a barrier

Marvellous walks around Loch Garten, plenty of pine trees, great foraging place for the red squirrel. Leaving MB before 9 am, had high hopes of creeping up on these illusive gritters. No-one about to frighten them off, well other than Toffee of course, and she was too interested in sniffing every blade of grass on the walk! Anyway, not a sign of a squirrel or for that matter, any birds at all! 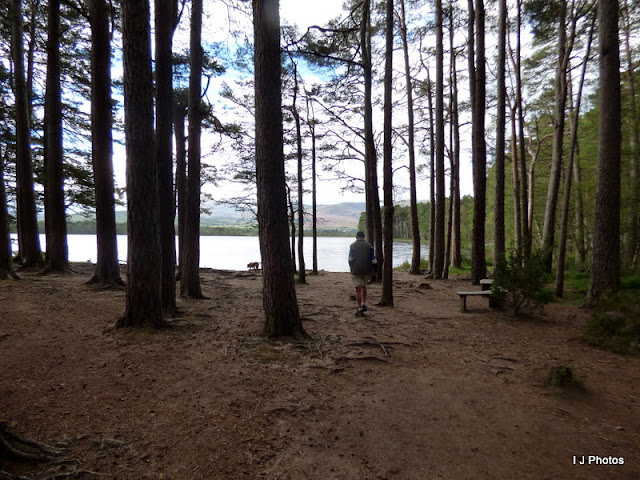 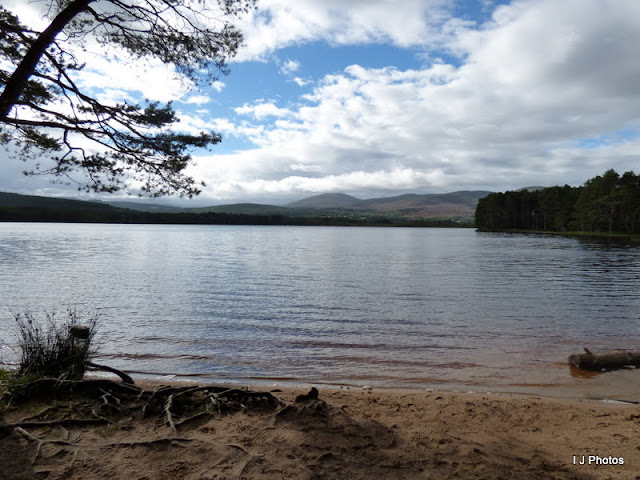 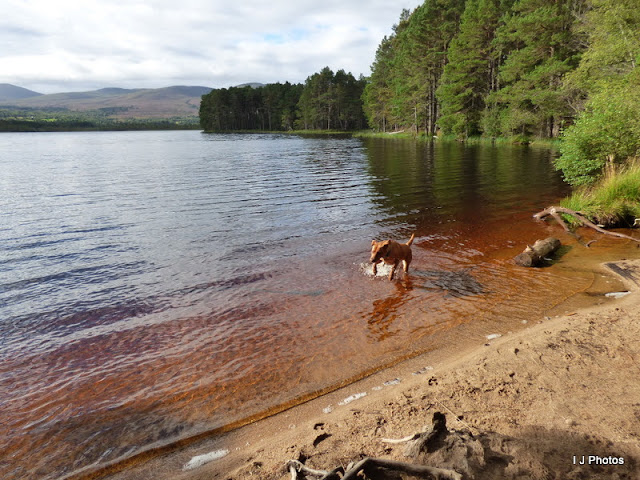 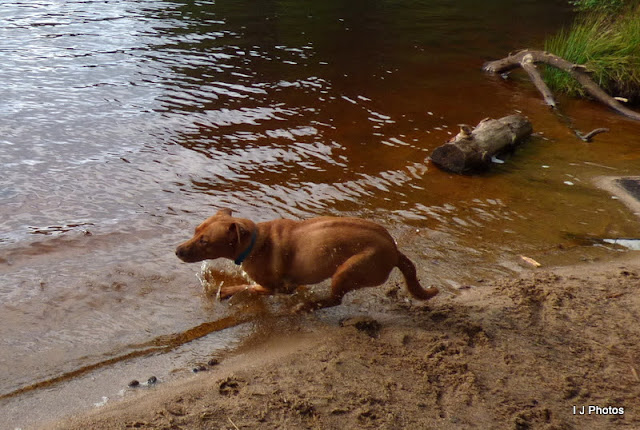 10 am on the dot we were outside the kiosk waiting to go in. Members cards shown and as the first ones in we took our time on the short walk to the main centre. Bird feeders are everywhere and loads of birds flying about. Mostly Chaffinch, a few Coal tits and Blue tits but once again, not a sign of the Crested tit. Exciting news greeted us though, the male Osprey had returned to the nest at 8.30 am, didn't stay long and took off 10 minutes later. Hmm, exciting for the staff but frustrating for us!

Having left Toffee on her own, (no dogs allowed at the centre) I worried after an hour that we may well come back to a wrecked motorhome so abandoned all hope of seeing the tit or squirrel and headed back. Crept up to MB, looked in the window only to find her up on the seat looking out of the window. All furnishing intact, nothing destroyed. If it wasn't for her being nervous when people approached suddenly, she would be the perfect dog.

It was on the way to Findhorn that we came across Castle Roy. (Red Castle) It's a 12th century fortress built by the Clan Comyn on a small glacial mound to the north of the village of Nethy Bridge. In 1420 the whole area came under the stewardship of the Clan Grant who are still the clan of this area today. It was thought the name of 'Red' came from Red Comyn who was killed by Robert the Bruce 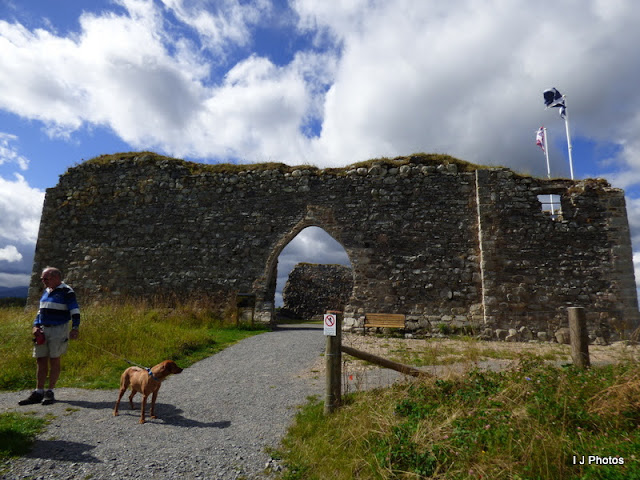 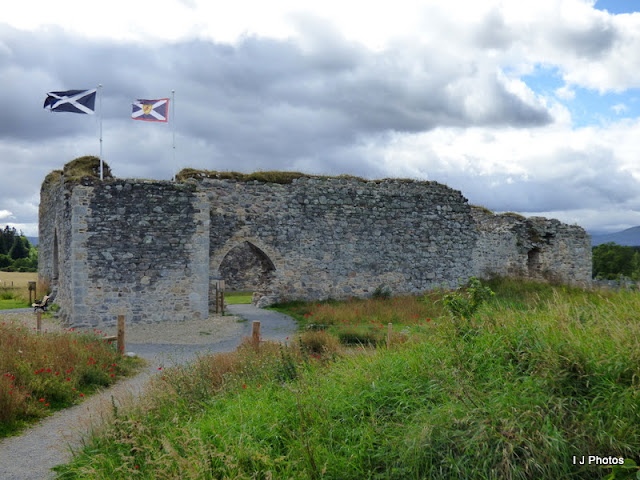 Right next to the ruins was a very fat Highland cow. 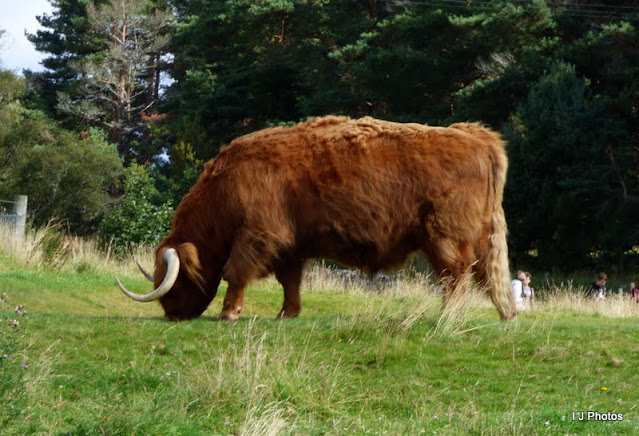 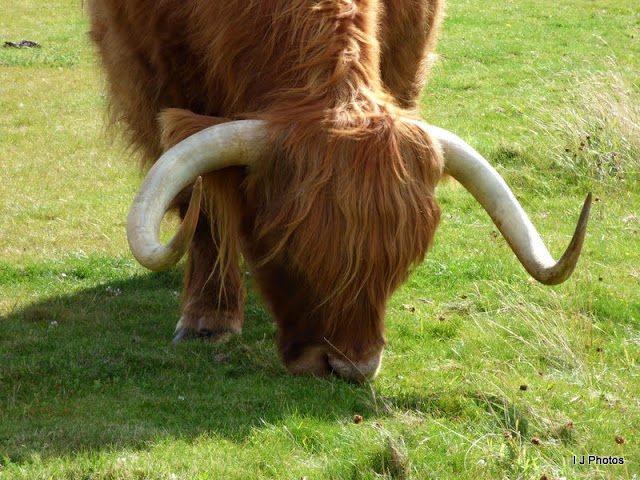 Lunch was had before setting off for Findhorn. Not having done this part of Scotland before the plan was to follow the East coast eventually ending up going inland to at Falkirk. Another park4night had been found by the coast, we pulled up expecting to just find a space and park but instead was confronted by a barrier across the car park. Motorhomes were permitted at a cost of £15 but pre booking was essential. It was getting late, there was no other overnight spot in the near vicinity and a debate started as to what to do. A phone number on the board stating if there was a problem with the barrier to contact them, hmm a way to get in. As spaces were still available, and with Ian making a payment online, the lady on the end of the phone raised the barrier and allowed entry. This site also has all facilities something we hadn't expected. 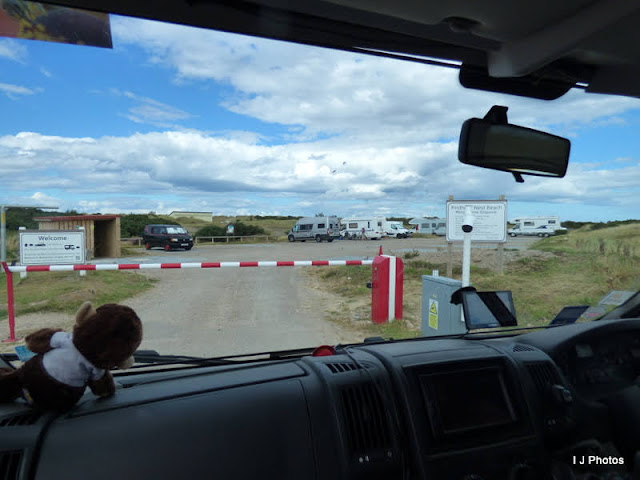 First thing was suss out the area. What a fabulous beach and Toffee was in her element. 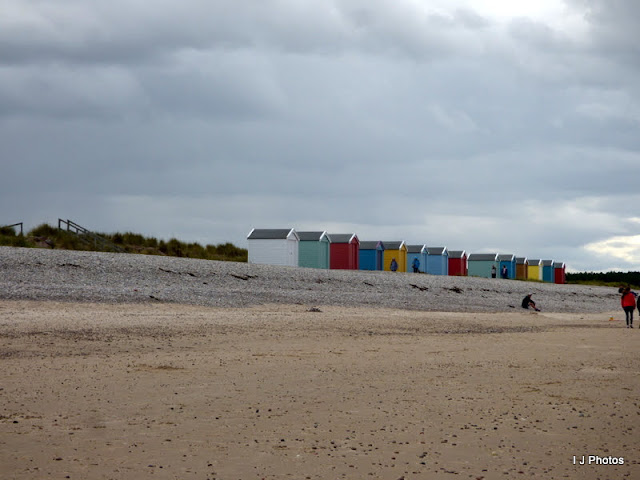 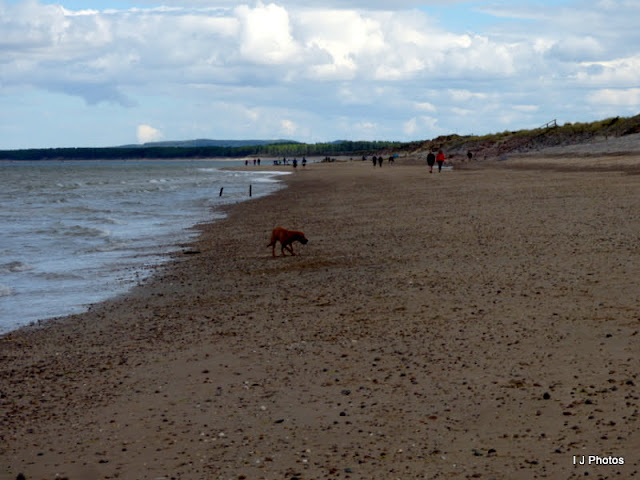 Rain was never far away though, so the walk was shorter than we wanted. Never mind, we will rectify that tomorrow if the weather conditions are favourable. 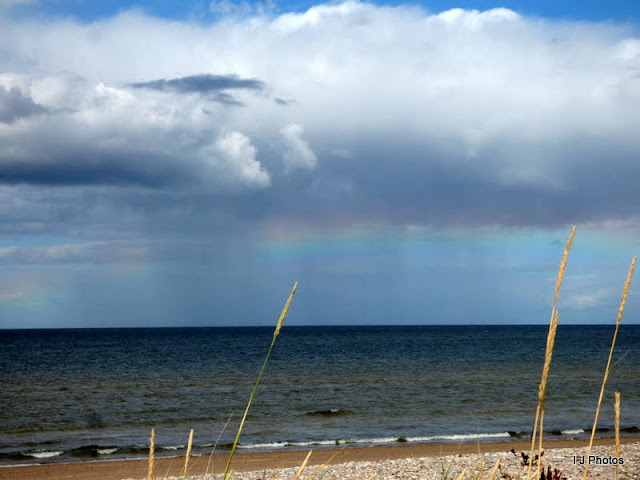 MB is behind the hedge. 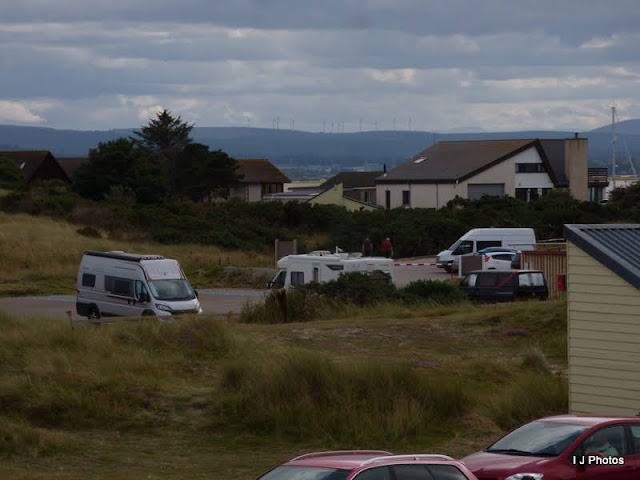 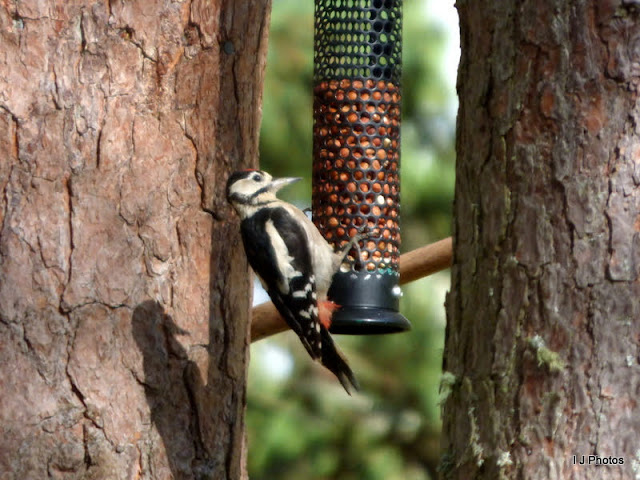 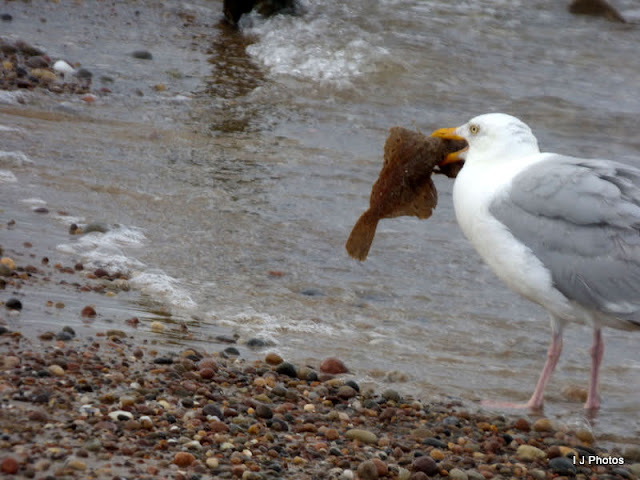 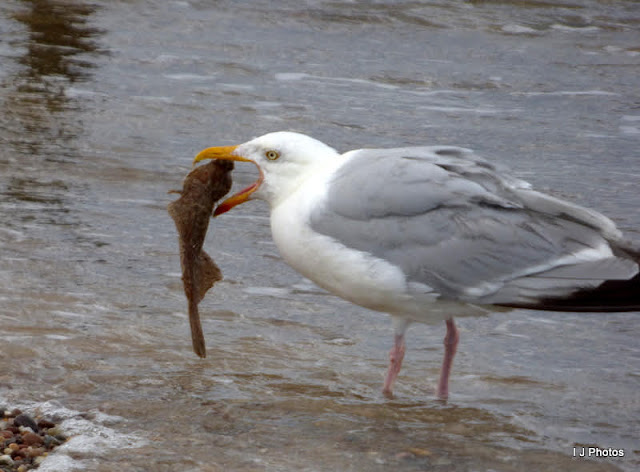 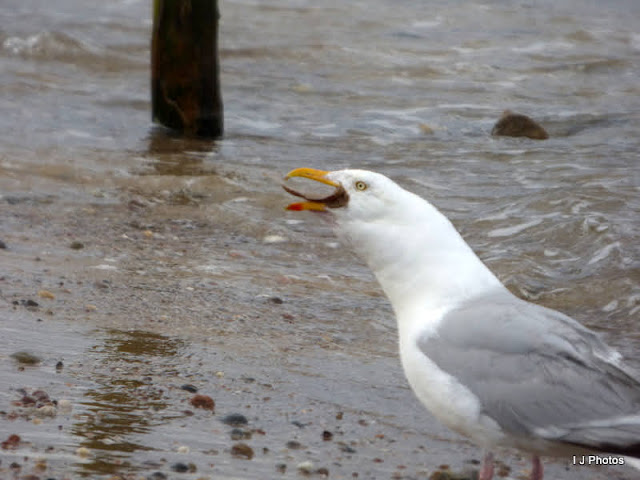 What is that gull eating? It looks like a leaf!

Your posts are making me want to follow in your footsteps next year, Irene. Our travels to Scotland have been focused on grandsons, and we need to explore more, I think.

I like your 1st pic of Ian and Toffee walking trough the tall trees, a profesional shot there!
Thanx for explaining all about the Falkirk Wheel, site it looks aazing there, maybe one to note for later.
Looking at your Seagull eating a fish that looks too big to sallow reminded me of the Heron who ate what was posibly a big trout and the bulge as it travelled down it's throat.
Ann Makemson xx