Horses on the beach

Toffee we love you dearly but not at 5 am! The insistent nudging of my arm, trying to ignore her was not an option. Nop she wanted to go out so with jumper over the PJ's and almost 100 per cent sure no one would see me, I ventured out. Good job too because no sooner had her paws hit the grass you could almost see the sigh of relief as she squatted. So glad I didn't ignore the signs.

Looking at the map Ian found a place called Pilling and Preesall Sands. Car parking was along the side of the road but wide enough even for MB. Toffee needed a good run to wear her out and noticed on arrival that the tide was out. A vast expanse of what I thought to be sand stretched before us. Then as we took the ramp down to the sea marshes, a notice caught our eye. Ah, maybe venturing out wouldn't be such a good idea. What looked like sand was more like compacted mud and the warnings of "if the quick sand doesn't get you, the fast flowing water coming in as the tide turns might" put me off somewhat. Warning headed we made sure to stay well off the sand banks. 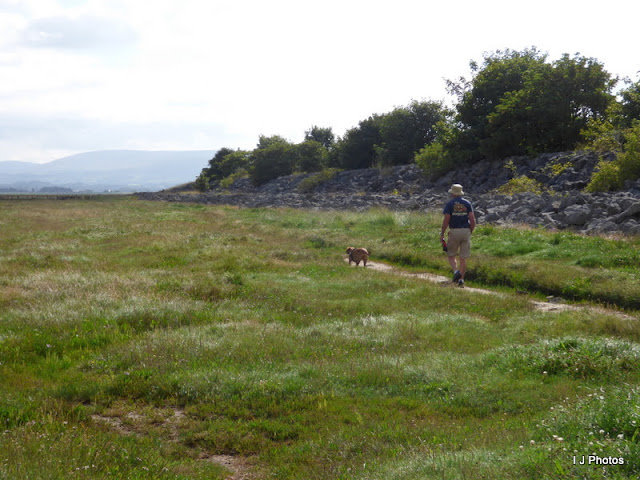 Back at MB it was decided that this place would be a great place to chill out and stay overnight. Chairs came out we settled down to watch the world go by. 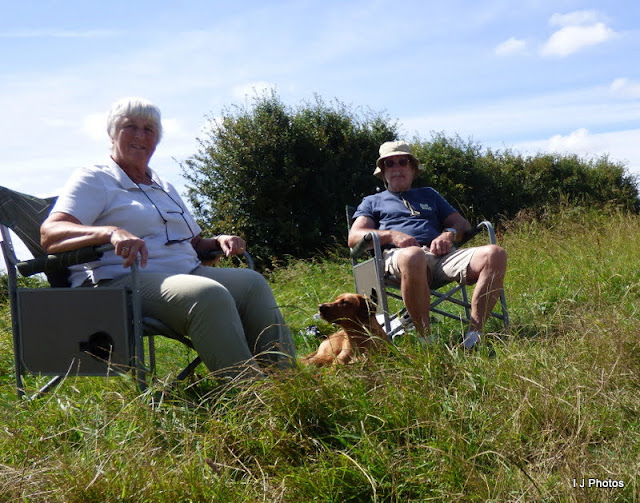 Suddenly the peace was shattered by a lorry arriving. Turns out it was a horse box! Surely no riders would take risks on those dangerous sands, I thought. I had to go over and ask if those signs were wrong. 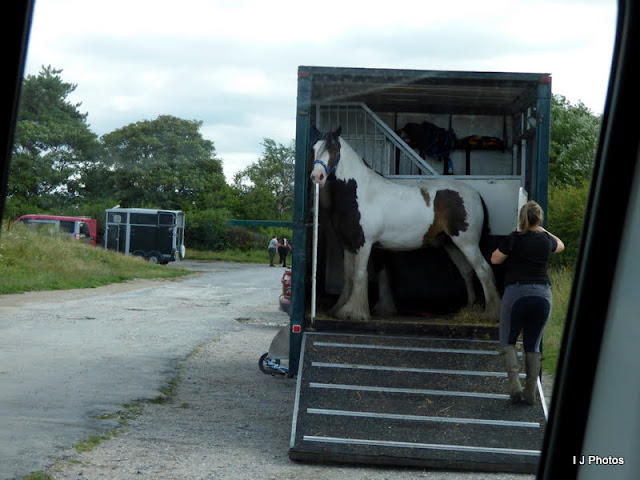 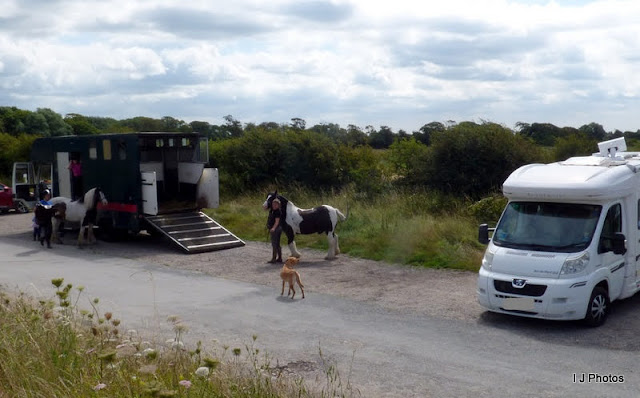 Turns out that keeping to the left was perfectly safe, so with no further ado, Toffees lead went on, and we took the same route as those riders. 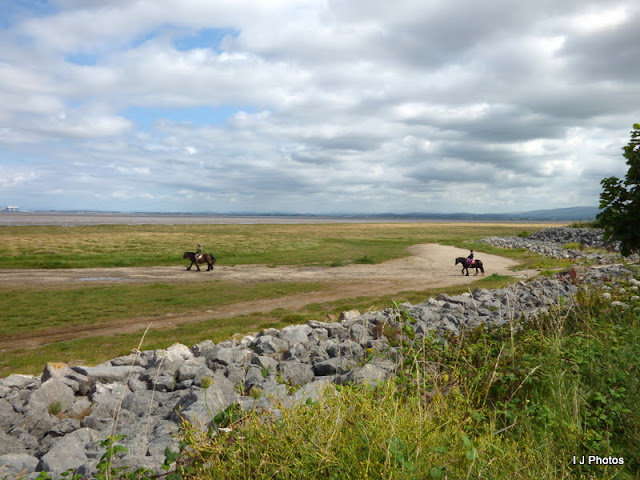 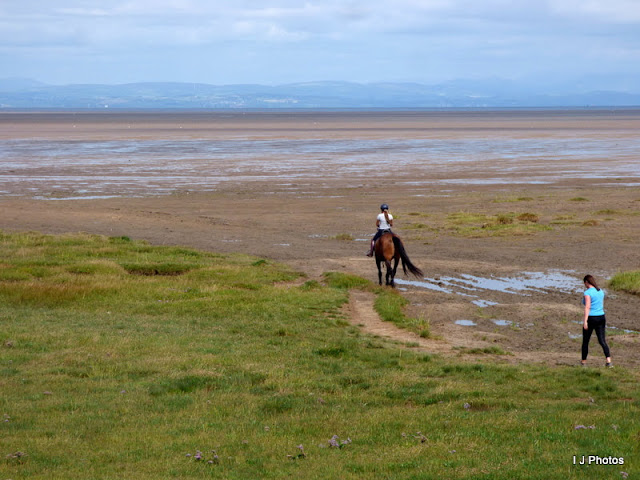 Ah...the sand was more like gluttonous mud than sand. Toffee loved it, got nice and dirty. I sent a video of her going wappy to our son and daughter in law. Oh dear, Iwona then informed me she had bathed her the day before we picked her up...oops! 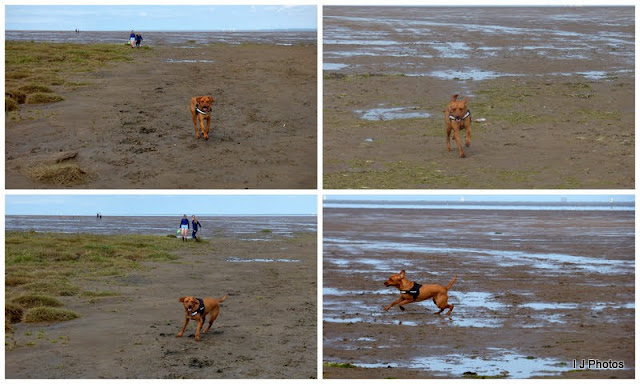 We never did get to the sea, decided it was silly idea when the soft mud/sand clung to the soles and made it very slippery. We did spend some time watching the horses galloping through the surf before heading back. 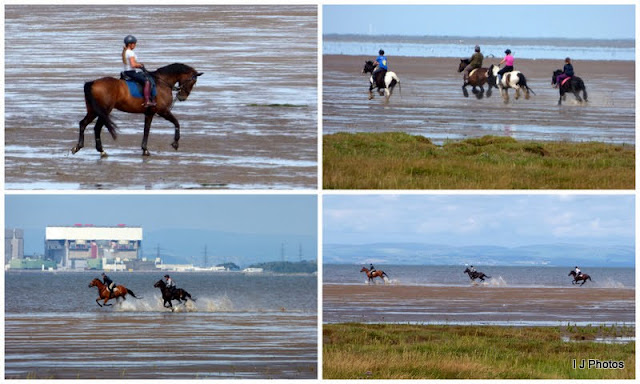 To walk off our lunch we took a stroll along part of the sea wall. Steps leading down to the salt marshes  looked more inviting than continuing on a concrete path, Toffee would prefer it we were sure.  In the distance was Fleetwood, a good walk away but an ice cream at our destination would make it worthwhile. But then Ian's bombshell went down like a dose of salt when he mentioned leaving his wallet on MB. As for me, I never take any cash with me, no point when I have a man that pays for everything. Going on then seemed pointless so back to MB it was! 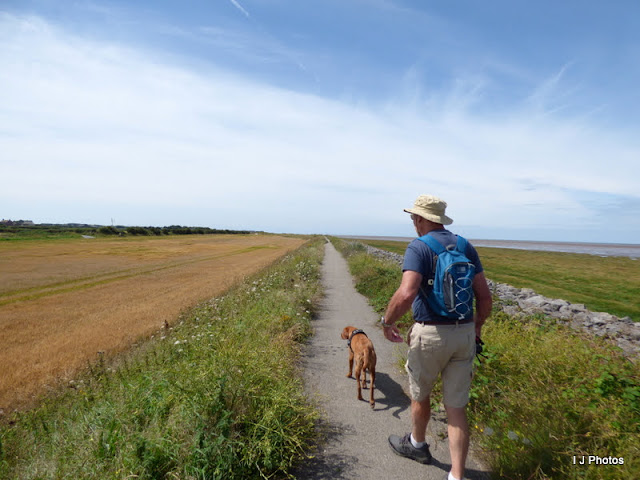 Got to chill out and enjoy the rest of the afternoon. Made a change from all the house/castle visiting we have been doing lately. Tomorrow we may go into Garstang for a walk along the Lancaster Canal. 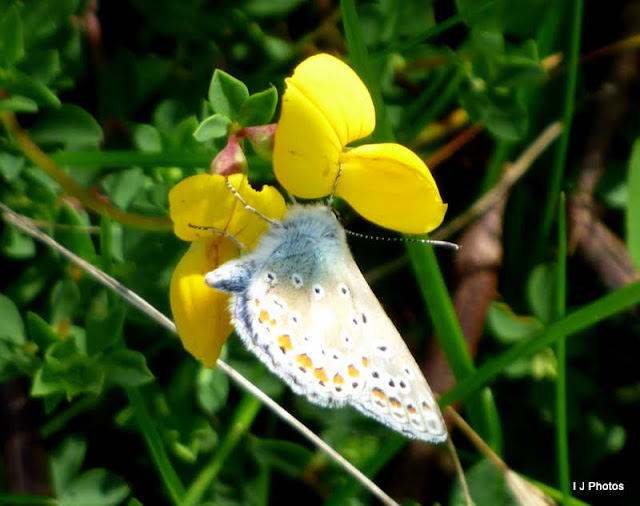 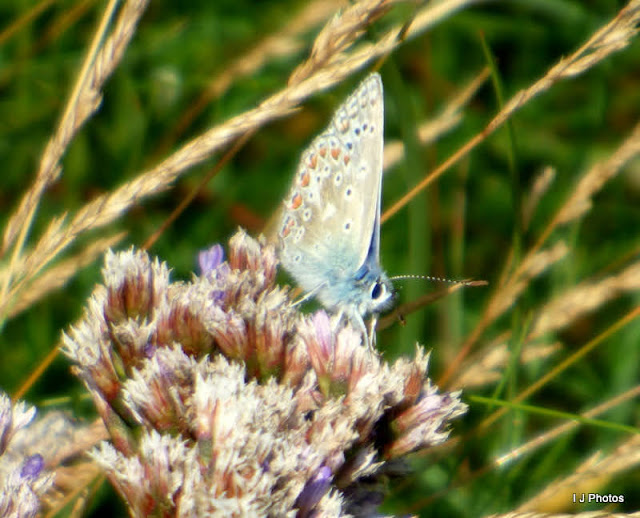 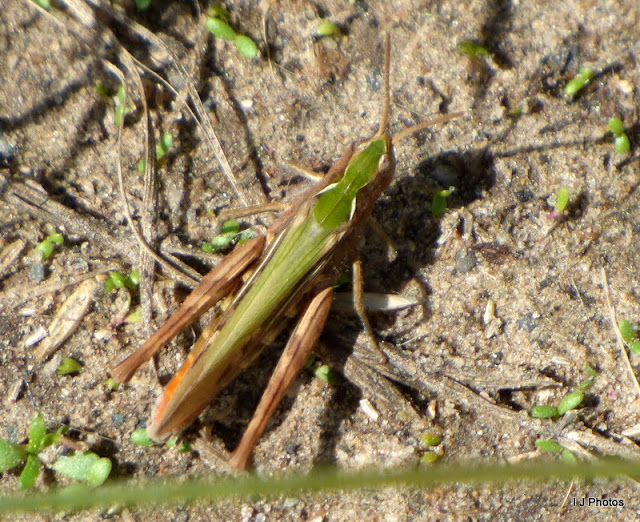 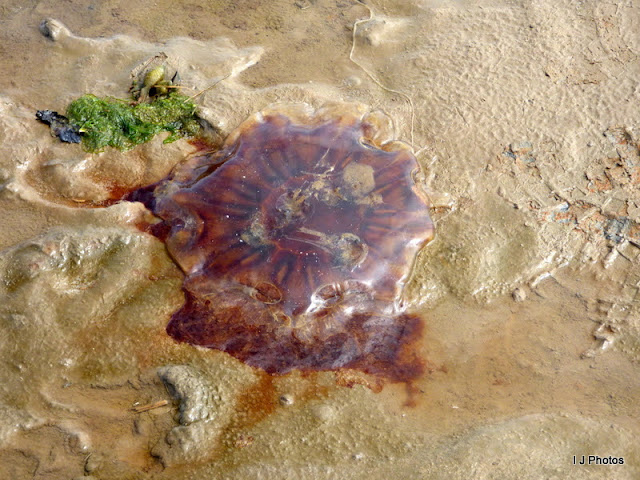 Posted by Ian and Irene Jameison at 4:45 pm

You’ve just done one of my favourite walks! Love watching the horses on the beach.

Hello Irene,
You do get around and I love seeing where to as well as the wildlife. I don't know it but I googled 'brown hairy caterpillar' and came up with the possibility of White Ermine moth. Jo ex. n/b Sarah Kate

Thanks, Jo, so glad that you can help with the identifications. I looked it up and it appears you are right. Xx