Oh dear, decisions made hasn't always been the best, and it did look a nice place to stay. Admittedly it was a car par but overlooking the shore made up for that. But Girvan harbour car park was not just used by cars and motorhomes, no, lorries arrived to overnight as well. Why did they have to leave the engines running for ages after parking up? Appreciate they may need power for a brew or even make a small meal but do they not think that it may upset other people especially when they turn up after 10 pm? 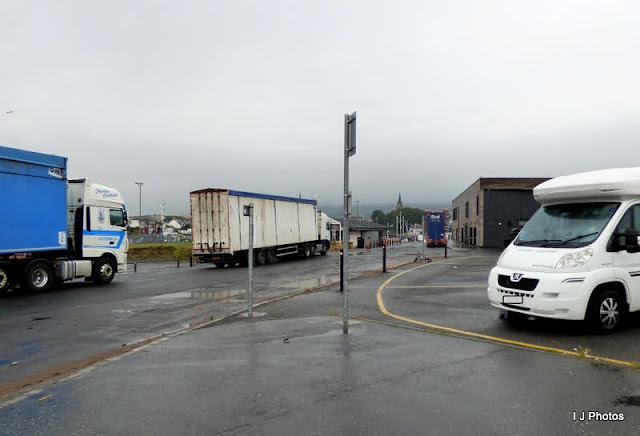 As the light faded a strange sight was seen across the water. Now it could be just the glimpse of a red sunset, I'm unsure, but see what you make of it. 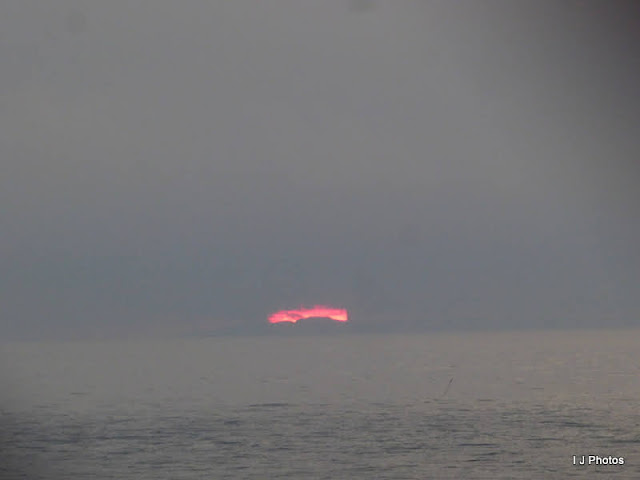 I had an inkling we would be woken early, and I was not wrong. Two of those lorries left before 5 am, the bin men arrived before 6 and 10 minutes later a tractor with large scoop turned up to repair the damage done by those lorries turning.  Having smoothed out the deep ruts, went below onto the beach to start on that, and all within yards of MB. What with the gulls screaming their heads off...well sleep was but a distant memory. 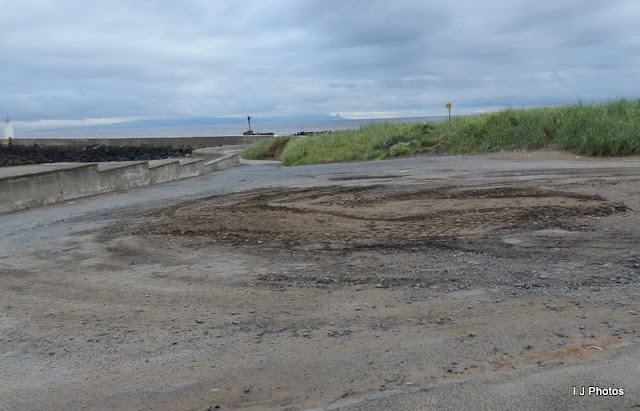 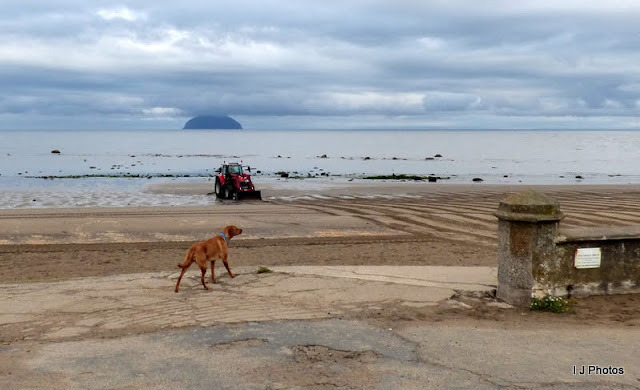 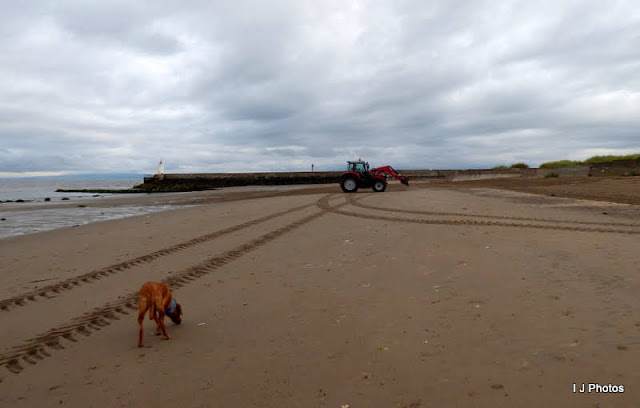 We had to vacate this car park by 9 am, so I suppose getting up early mattered not. Ian went to empty the loo and came back unable to complete the task. A big blue plastic container had been placed near to the toilets for just this job. Grey water also had to be emptied in this but when he lifted the lid, it was full to the brim. I couldn't believe it. Not only was the showers out of action, the washing machine broken we now had no way of emptying the toilet! I went and saw the harbour master and told him about the elsan. He had no idea it was full! Anyway we were told of a launderette in the town centre, goodie, I could at least get the washing done!

It goes from bad to worse. Got to the launderette, it wasn't a self service place, the washing was done for you. I asked how long it would take only to be told that she very much doubted I would get the laundry back that morning. "There are people before you and they come first" she said haughtily! I turned to Ian and said we should leave and walked away in despair. Was hand washing the answer? Only trouble with that was trying to get the clothes dry. Ian got out the phone, looked on the web and found another place in Ayr. We were heading North so that would have to do.

In fact, it was much better, we could park outside, the large machine could take all the clothes and cost a fiver for a 25-minute wash, The driers were £1 for 10 minutes, so I put enough in for a 20-minute dry. Fully expecting to have to put in more at the end of the time, I was amazed that everything, even towels were dry.

Poor old Toffee had to put up with a driving day today. We eventually arrived at a place Castle Semple Loch. The rain had started again, a real dismal afternoon. We did get a short walk along the loch side, turned back rather rapidly when the rain became torrential. We will stay tonight, a camp site has been found at Loch Earn just to empty the loo. At £22 a night that's one very expensive dump! 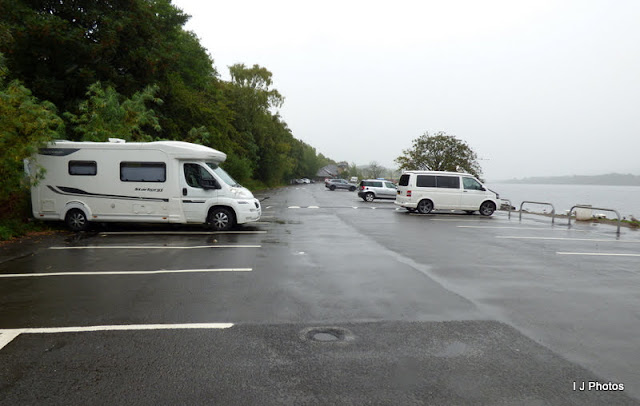 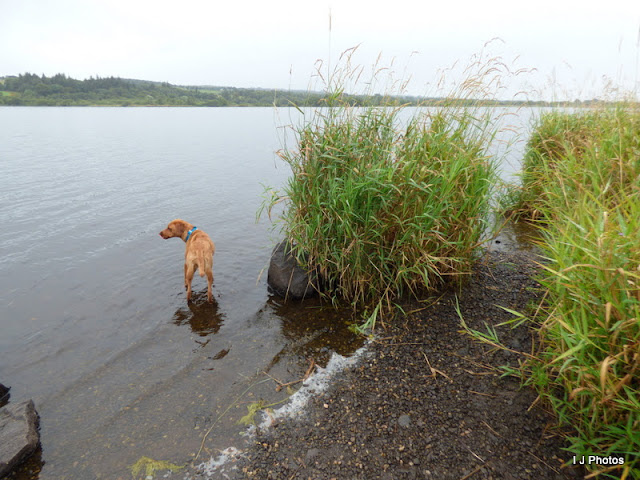 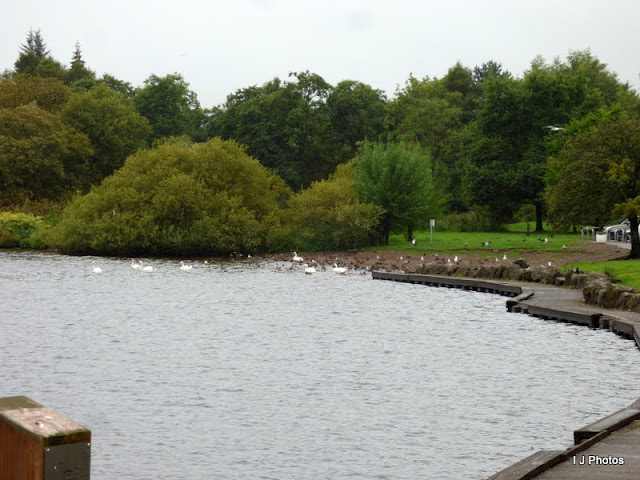 These seen on Girvan Beach 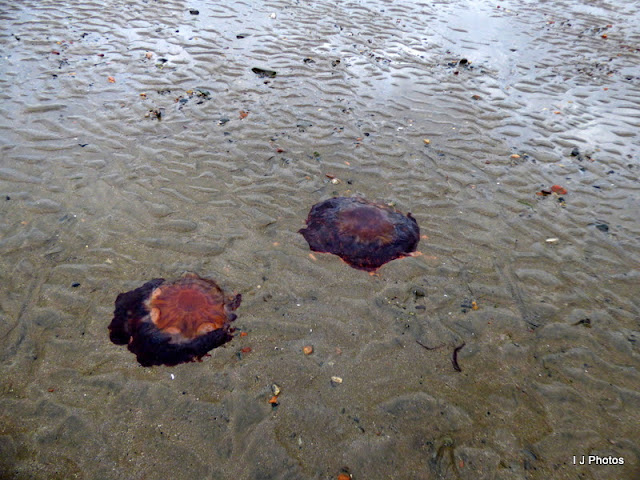 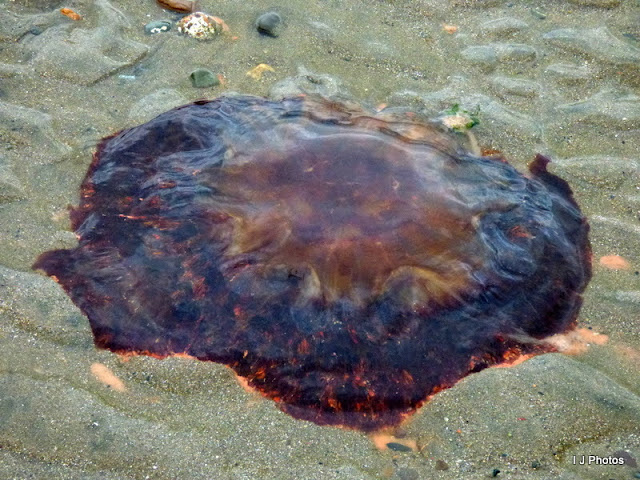 A strange sunset over the sea obscured by cloud I think.
Some of the lorries may have been refridgeration ones maybe.
We also saw the red tractor scoring the beach and wondered why they do this?
Shame about the free fascilites, staying on sites ocasionally is the only solution for ablutions etc.
Ann Makemson xx

Hi Ann, None of the lorries were refrigeration, I just don't think they realise what a nuisance they could be, and I think you are right about the sunset. That was our first thought. xx