Toffee our son's gorgeous fox red Labrador has joined us for the next three weeks. Last night she slept in-between our beds, which in itself was not a problem... well not at first anyway. Having had a very late night playing poker, drinking far too much of the alcoholic stuff, when I awoke with a raging thirst around 5.30 am, I almost trod on her out stretched leg. I dont know who was more shocked, her or me!

Today we set off for Garstang. At first Toffee tried to lie down in the foot well, couldn't have that 'cos nowhere for me to put my feet. We insisted she went back into her basket. Took a while but eventually she did settle down.

Three hours later and two comfort stops (Toffee) we made it to where we had planned to spend the night. A very small car park which according to the information board, had several walks to go on. One took us across a field of sheep and the other looked more inviting because Toffee could be let off the lead. This was the one we took but soon found out it didn't actually lead anywhere. 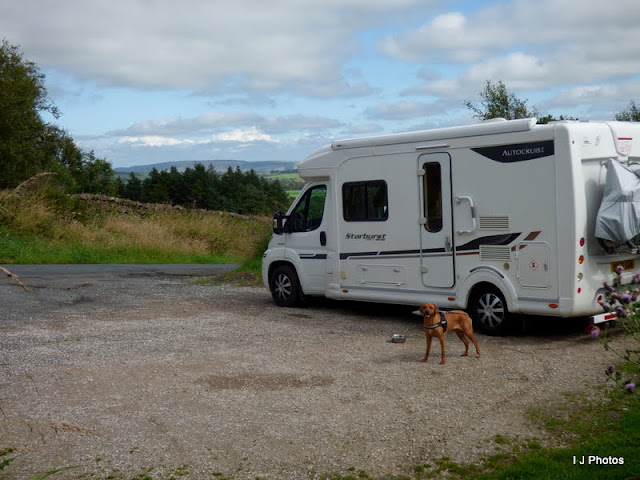 About turn, lead clipped on to Toffee's harness, and we headed for the other footpath. A style was in the way, no problem for us but nowhere for Toffee to get through. Good job Ian has strong arms because to pick up a wriggling Labrador weighing about 25 kilos was not easy. Anyway we got her over, walked across the field with sheep scattering in all directions, got to the gate at the other end, and it was locked! Two more gates had been tied together with baling twine so nothing for it but untie that and squeeze through. 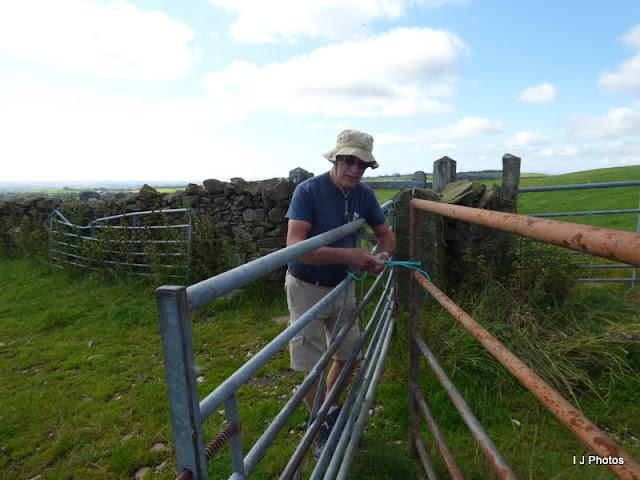 This led us back onto the road and a public footpath sign pointed across yet another field. This time no live stock, so I debated whether to let Toffee run free. What was in there were hares. Thought it best to keep toffees lead on after all. I had visions of trying to run after her .....trying being the operative word! 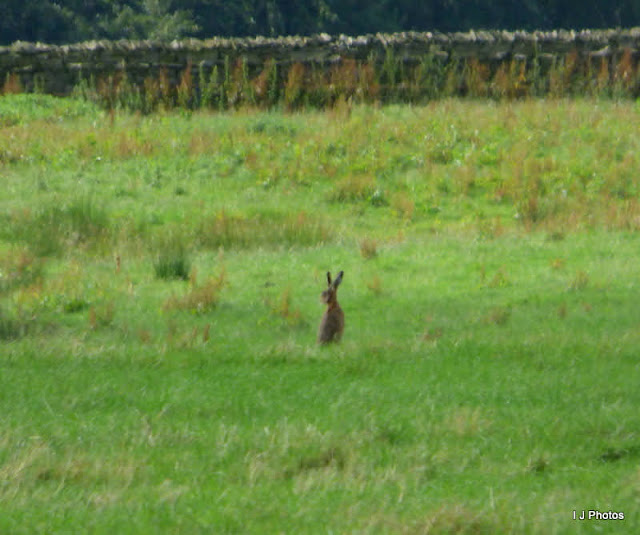 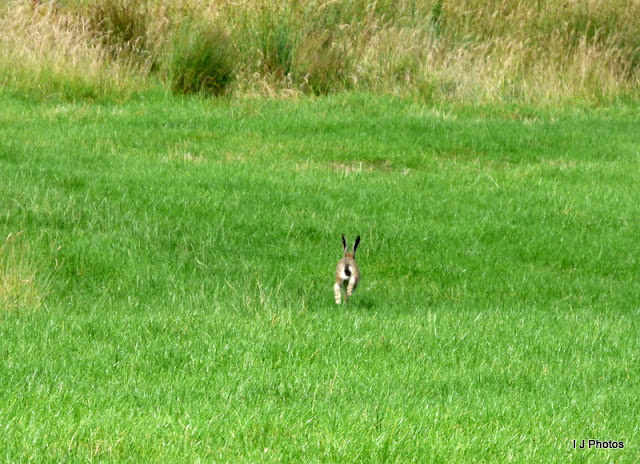 Anyway got all the way to the bottom of the field to where another gate had to be opened. 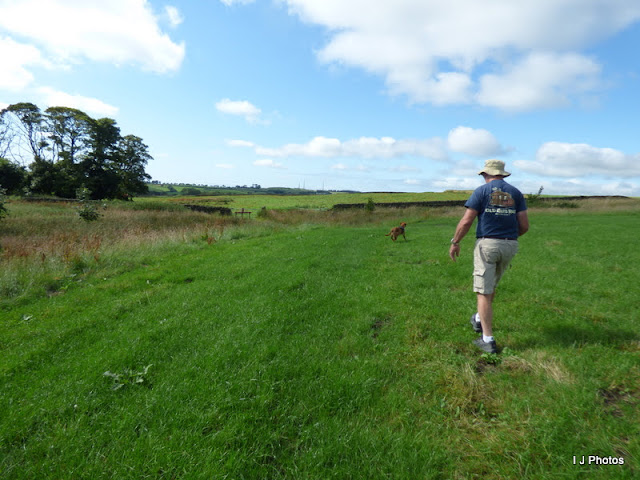 This time though, we were well and truly stuffed as not only a huge chain and padlock stopped it from opening but the claws from one of the farm's machinery plant had been placed causing an impossible barrier. Huh...So much for the public right of way! 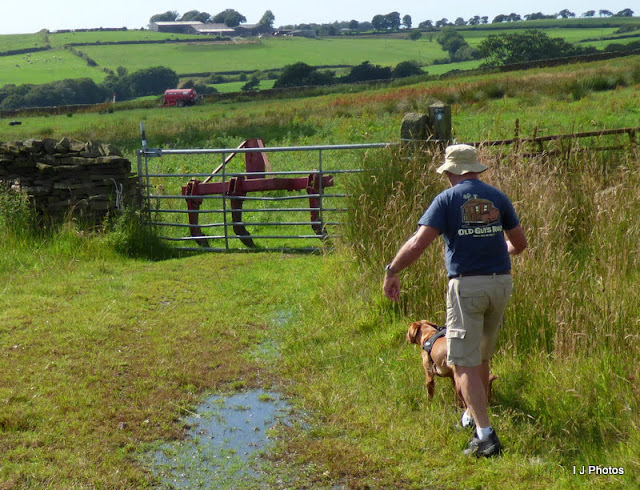 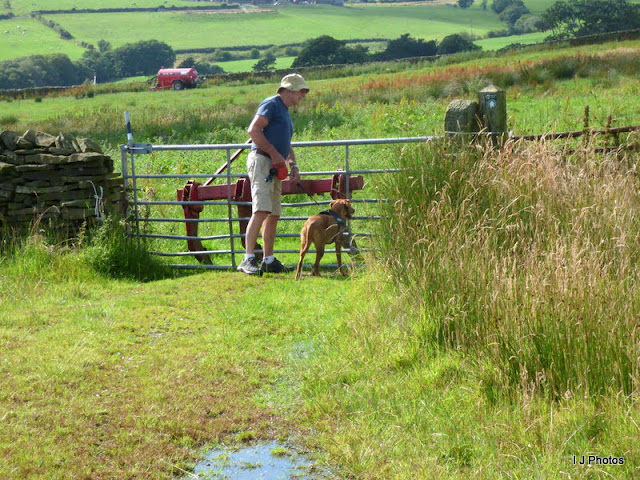 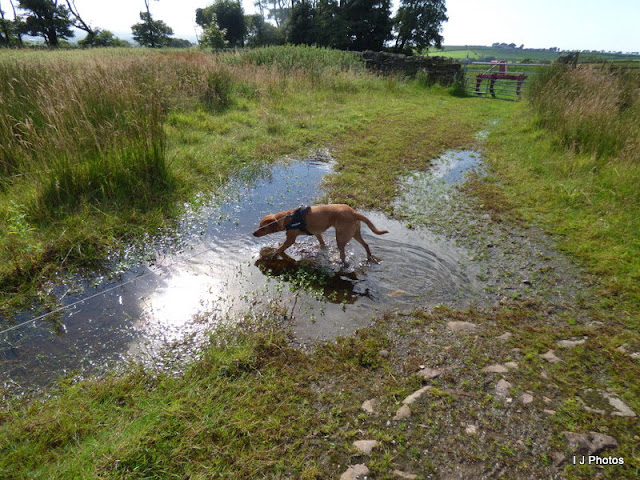 Shame we couldn't go for a decent walk, she needs wearing out! Only 18 months old, she wants to play all the time. Very difficult in a small confined space!

Not sure where we will be heading tomorrow. Internet not brilliant so looking for things to do in the area with a dog is a tad difficult. Maybe head for the canal or even the beach. A lot depends on the weather.

Posted by Ian and Irene Jameison at 5:52 pm

If those obstructions are really on a public right of way you should report them to the Highway Authority, which is usually the County council for the area. It can be done one.

I agree it should be reported but by the locals, I would have thought. We are so far away from that area now and as visitors to the area unsure why the right of way was blocked. The farmer may have a justifiable reason and the last thing we would want to do is to rock the boat.