A ship moving through sand?

I dont wish to gloat, after all the south of England is having a hard time of it with lack of rain but up north we seem to be having more then we want! The downpour woke us up, it was the noise as the deluge  hit MB's roof. Toffee was worried, kept nudging first my arm than Ian's until we got up. It was only 5 am for goodness’ sake!

I hoped the rain would stop before taking Toffee out, it didn't, we got wet!

Off to Walney Island, a NT nature reserve was there as well as good beaches for Toffee to play on. On route got a bit side tracked. Made a slight detour when another NT place was spied as we came around a roundabout. On the spur decision, let's try there first so round we went again to take the second exit.

The place was called Fell Foot, and right on the shore of Lake Windermere. It's a water world playground for adult and kids alike, safe for swimming, canoeing, paddle boarding etc. We managed to get into their very small top car park (there was one lower but a quite steep incline to get back to the entrance, and I was still suffering from yesterday) slightly worried that we may not get out if cars either side would park too near. Anyway that worry was for later.

The sun had appeared as we left MB, hoped for a good dry day for our walk and the early stages looked promising. In fact, we nearly didn't bother taking waterproofs. We would have paid for that mistake because not 30 minutes into the walk, thick black clouds appeared and down down came the rain. Toffee didn't care, she was already wet from a swim earlier. 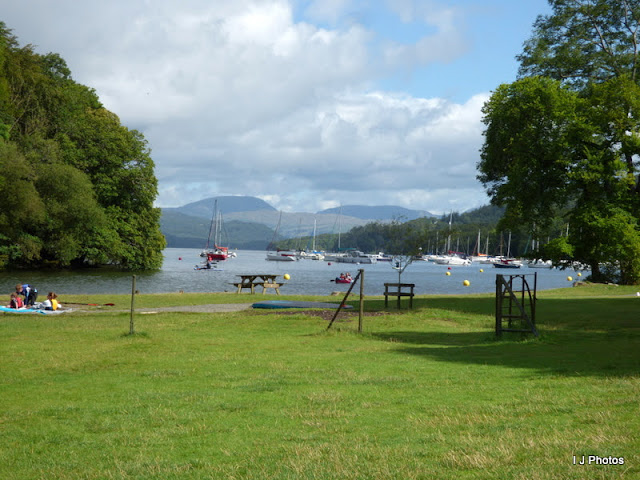 And the steam locomotive appeared on the opposite shore. Ah, now we knew where we were. On the opposite bank was Lakeside station. 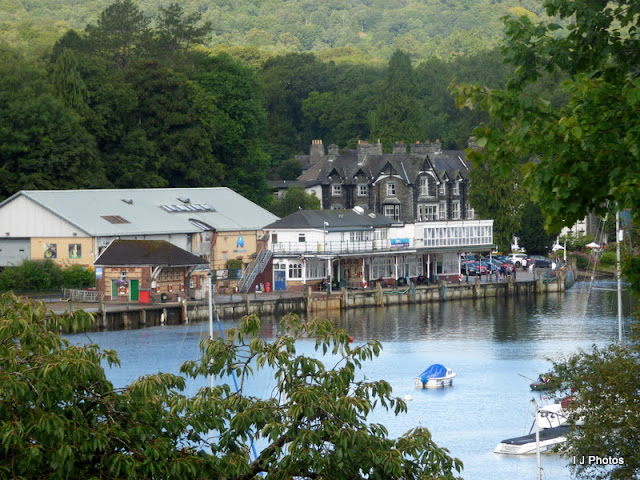 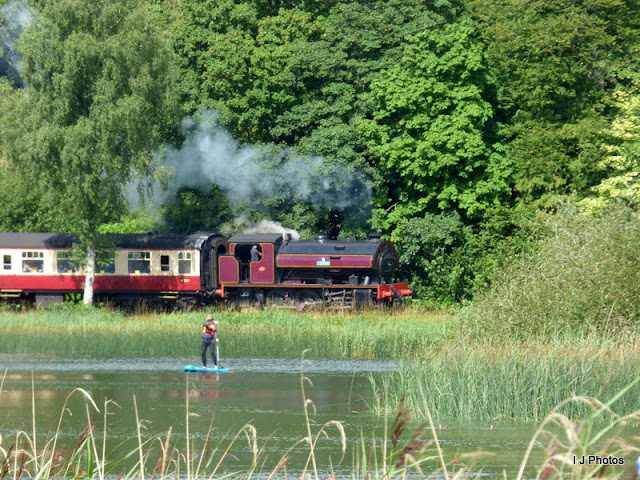 A dash then back to the café, not achieved because of near monsoon conditions that made us decide the only sensible thing was to shelter under a tree. 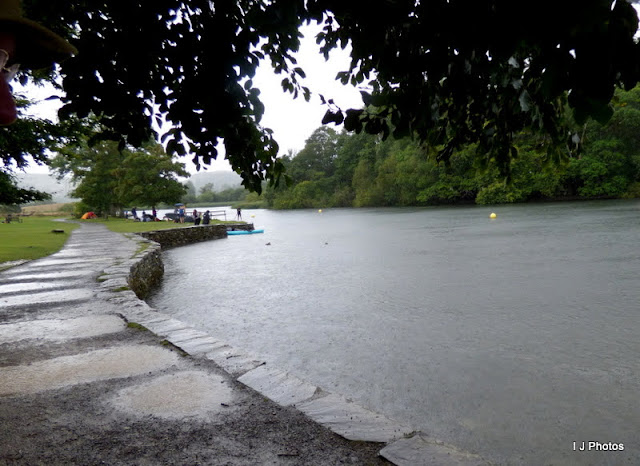 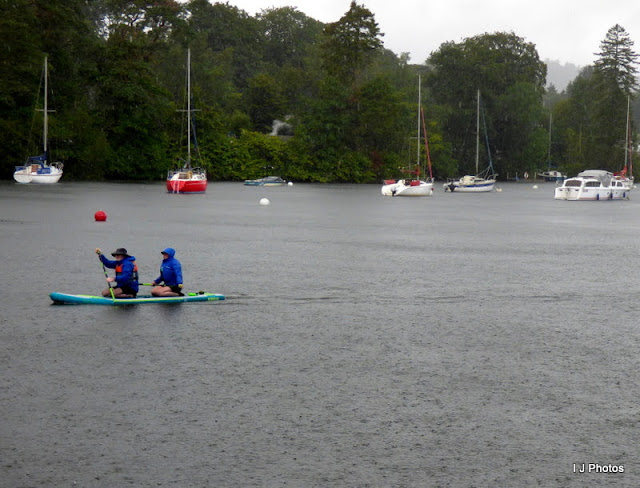 We called it a day after that. Made it to the café during a slight lull, had a bacon buttie and a cup of tea before making our way back to MB. Thankfully me fear of not getting out was unfounded, and we departed for our original destination of Walney Island.

Dismay when we arrived at the nature reserve. Not an easy place to get too having had to negotiate a single lane with the occasional passing place, met a fuel lorry and several cars, negotiate speed bumps that scrapped the underside of MB and scared Toffee as we rumbled over a cattle grid, to eventually pull into the car park to find no dogs allowed was very disappointing. Blast, now where. We had seen a decent place off the lane where we may be able to stop the night, even if we couldn't at least we could stop to find somewhere else to go. In fact where we pulled in was Snab Point and looked to be the ideal place to stay. Peil Island could be seen across the bay, and at low tide a walk there and back was possible. 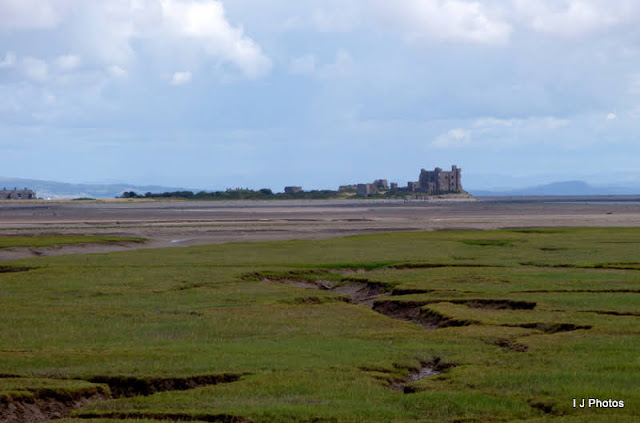 So should we do the walk? Tide times hadn't been looked at, and we are still very wary of quick sand. Seeing two chaps walking back toward us from the Island when they finally turned up I asked the question. His answer wasn't good. He was a local and knew where to walk. His advice if we wanted to go was get a proper guide. Also, the tide had turned and was now flowing in. Hmm, maybe not such a good idea then! 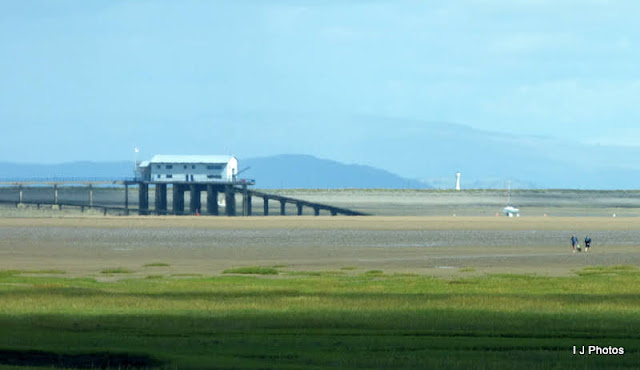 Quite bizarrely a ship appeared. It looked for all the world to be making good headway on sand! 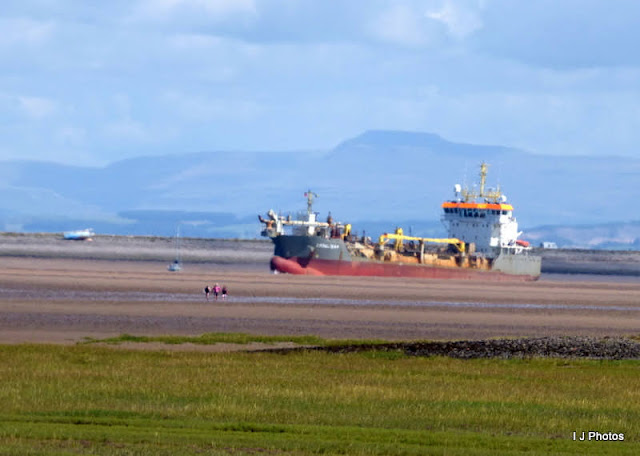 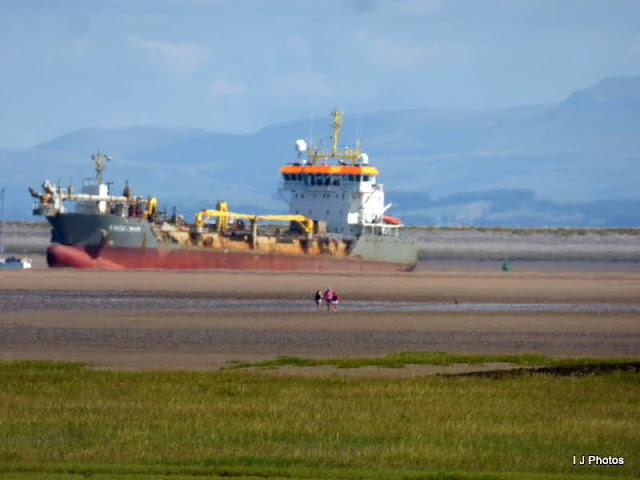 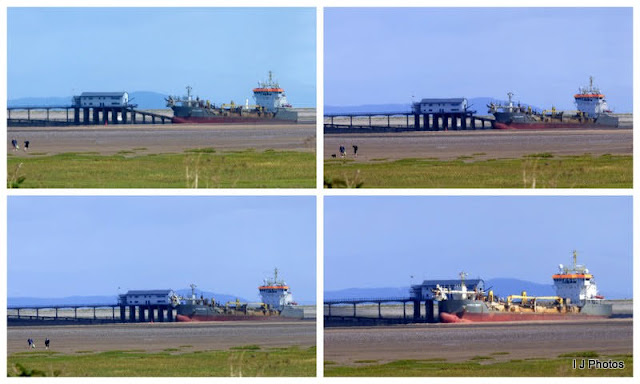 High tide was at 17.25, and you can see why people get caught out, the sea flowed in at a steady rate. Something caught our eye. In the sand lay, what looked like, a motorbike. This camera is not a patch on the one gone for a service, so I couldn't even focus on it properly. Whatever it is, it soon got submerged with the incoming tide. 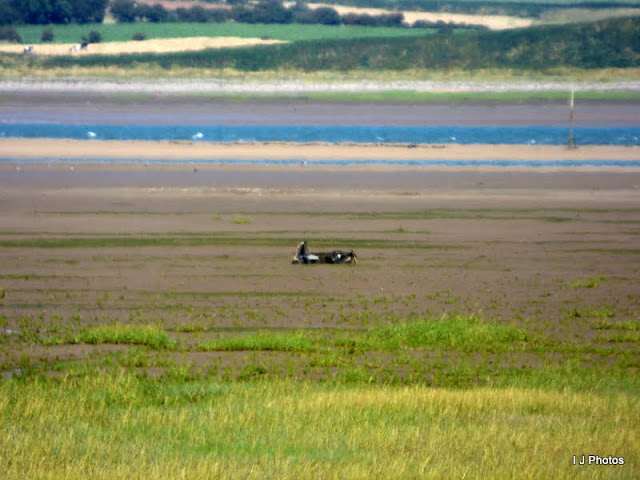 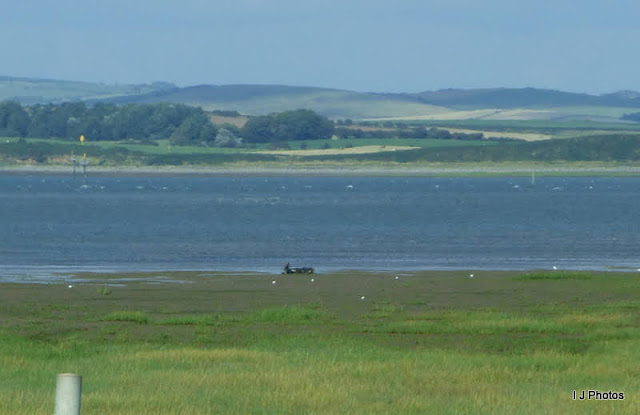 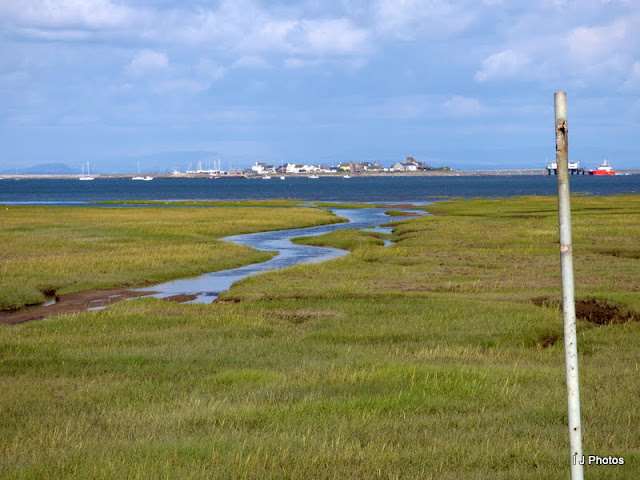 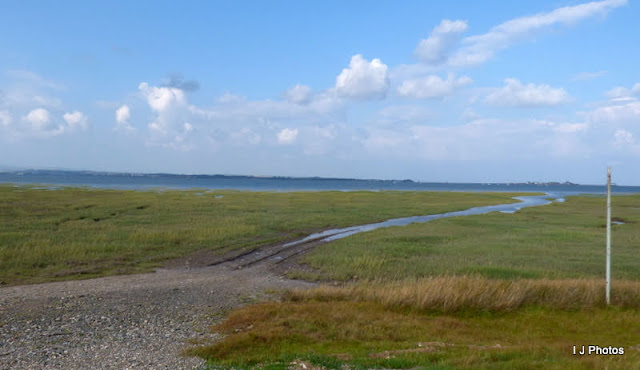 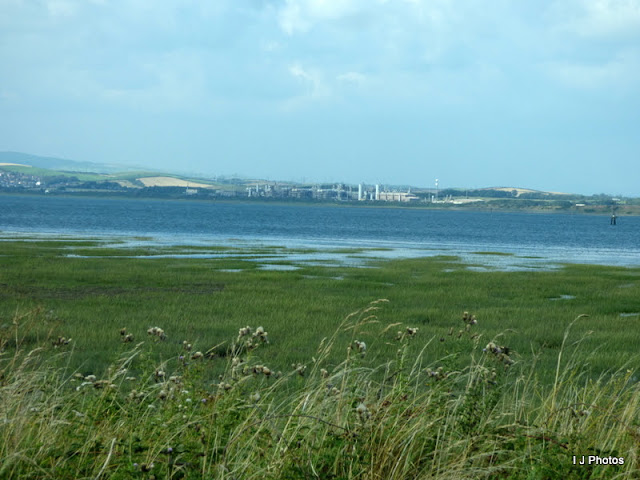 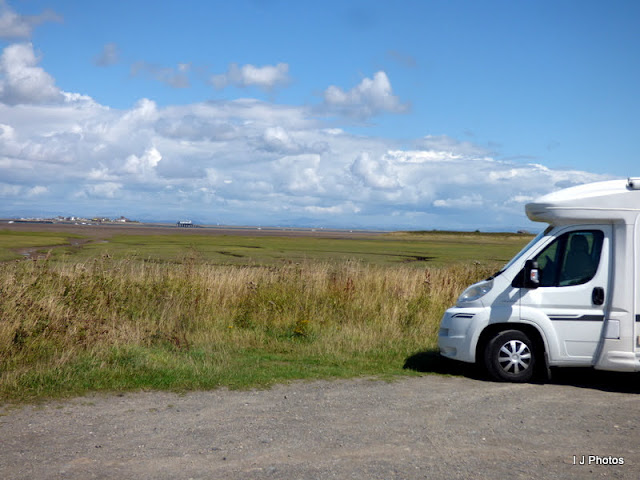 This place is great for birdwatching., Curlews, Egrets, small shore wading birds all could be seen but such  a poor attempt to photograph them. Oh to have had my other camera! 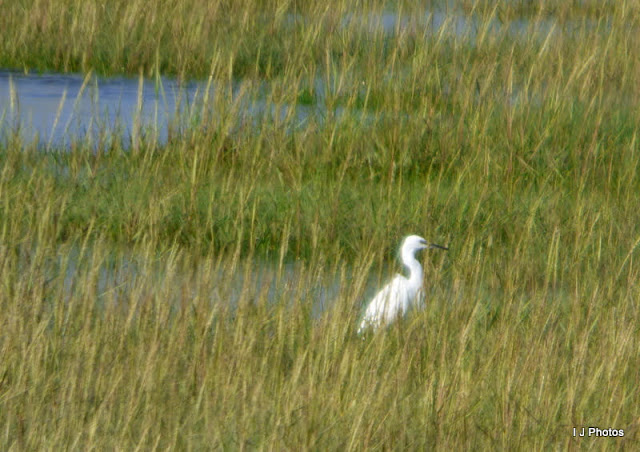