This freaked me out!

I wasn't going to post today, couldn't see any reason to seeing as all we would be doing was reversing the journey back to Great Hayward. But I had a freaky experience this morning when I threw back the covers to get up. And no it wasn't Ian lying there in the altogether, that was a very nice sight to see😍 It was the wriggling maggot-like creature crawling on the inside of the duvet!!! Never have I leapt out of bed so fast and my shriek alerted Ian to my plight. Having calmed down and on closer inspection, it turned out to be a caterpillar but what species I had no idea. Could have been a vampire caterpiller for all I knew ready to devour me during the night!! Anyway, I had to get a photo so maybe someone out there can identify it for me. 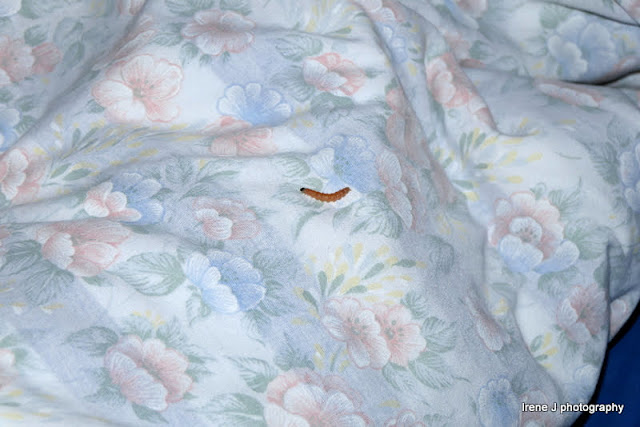 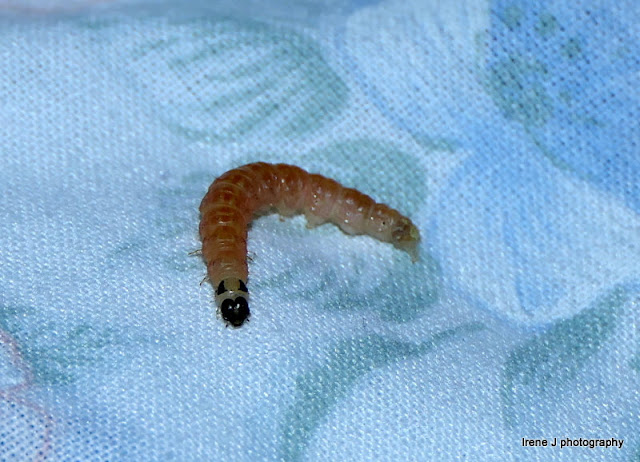 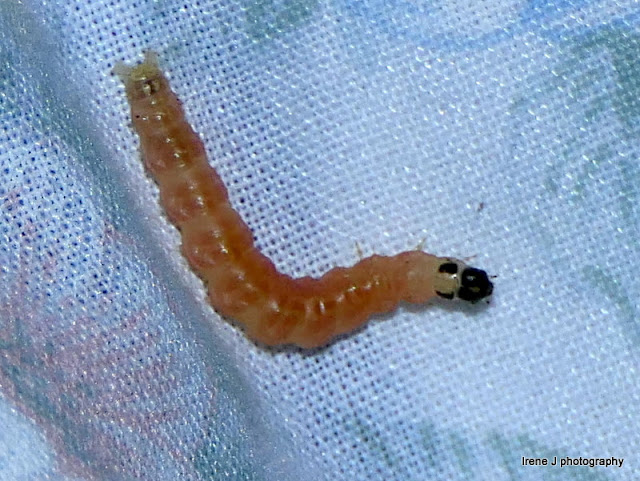 As I have put a post out a quick update on the batteries. Last night the engine ran until dead on 8 pm and we still only had a voltage reading of 60 per cent. This morning we fired FS into life at 8 am exactly. Voltage had already dropped to below 50 per cent due to having one LED light on and the TV just so we could watch Strictly. It was decided to stay on the mooring opposite Oxley boatyard until the voltage had recovered, just in case something happened. It did mean Ian could watch the France v Wales match. At one point Ian worried that the volts seemed to be taking a long time to recover so he checked the batteries in case they were getting hot. But all seemed okay so we set off to Aldersley junction to wind. 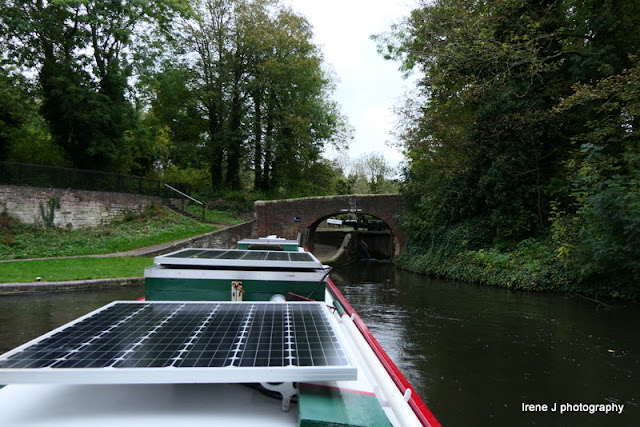 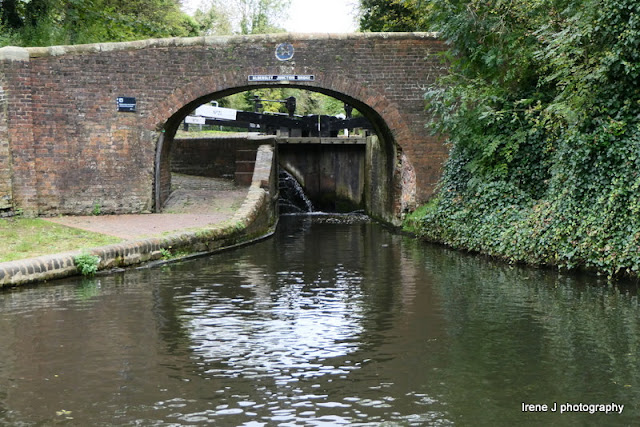 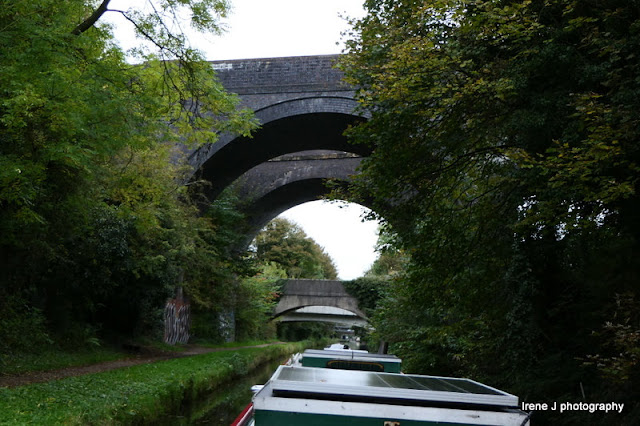 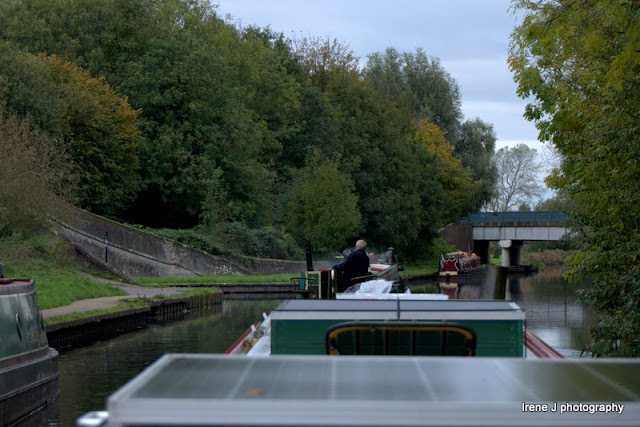 Somehow we made it to Gailey. Halfway through the journey, Ian noticed the alternator had stopped working again. Thankfully the voltage was up to 90 per cent. Plan for the moment (and that could change again) is to take the train from Penkridge to Long Eaton, get the bus to Sandiacre and collect our car. We have a generator in the garage and although I hate generators on boats, this may well be our only option! So until we have the power to charge batteries this will no doubt be my last post for a while.

And more wildlife taken on a walk before setting off. 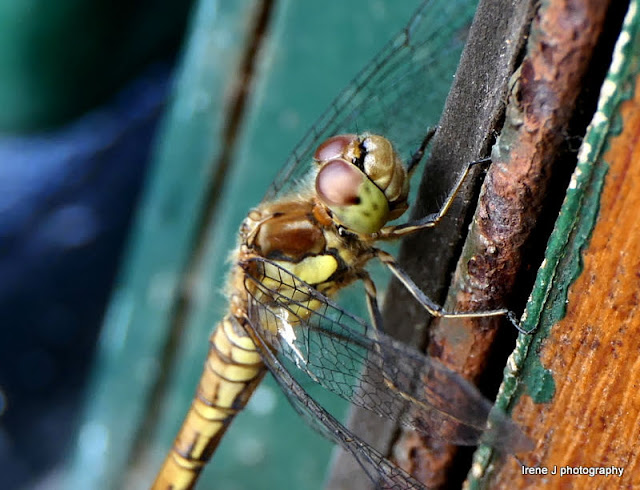 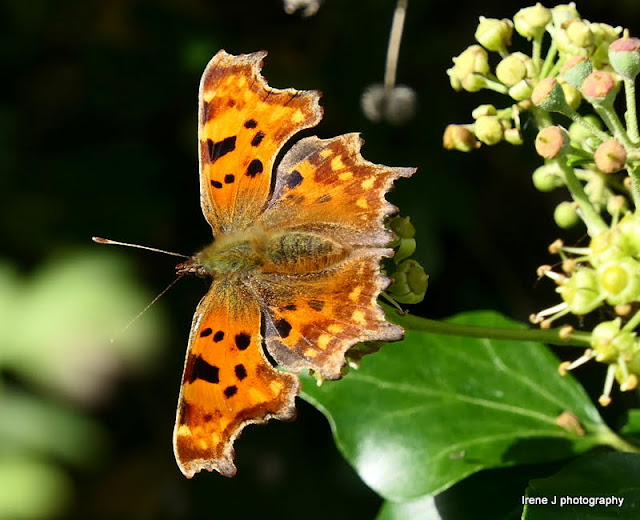 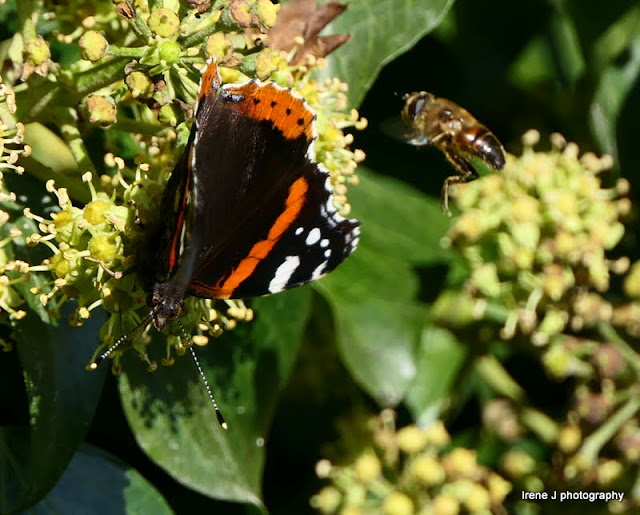 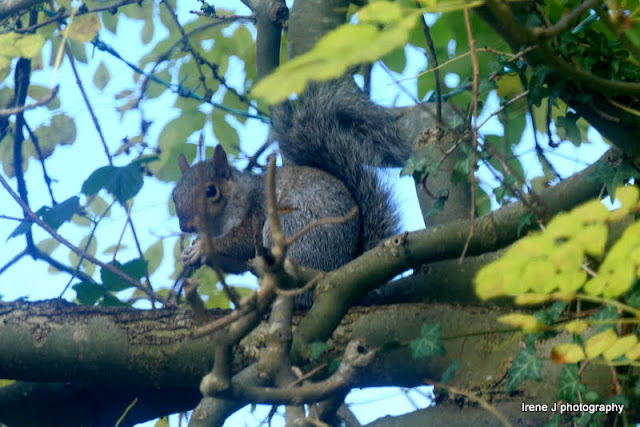 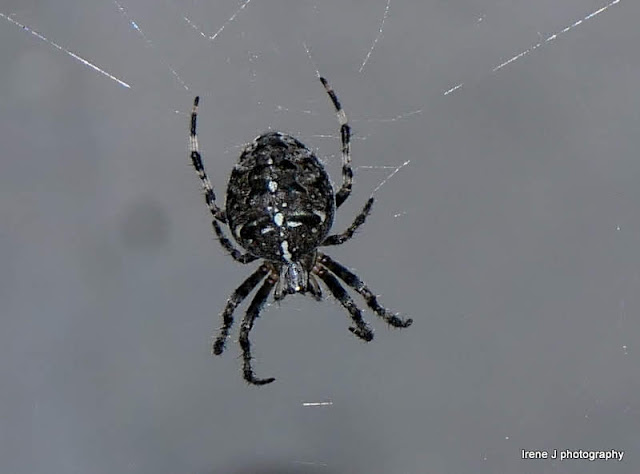 Posted by Ian and Irene Jameison at 5:10 pm

I've read ahead, and am so pleased that you've managed to get back home and collect the gennie, so at least you should be able to get FS back to the marina safely. What a catalogue of problems you've faced in the last couple of weeks.

But I'm replying here because I couldn't duck the challenge of trying to identify your bed mate. It's not a moth or butterfly caterpillar I recognise, but as there are over 2000 species in the UK that in itself isn't conclusive of anything! I then started wondering if it wasn't lepidopterous, and began looking further afield. I can feel you getting bored now, so to cut a long story short, I think it might be a sawfly larva - possibly one called the Social Pear Sawfly, which despite its name is apparently normally found on Hawthorn!!

The dragonfly is a female Common Darter.

Have a safe journey home

Best wishes to you both

Thanks, Paul, I too looked online for British Caterpillars and not one matched so your Sawfly larva sound very possible. All I can think is it came in on my coat and crawled into the bed.