Cyclists, keep to the centre of the canal!

The blooming stove went out during the night. Plenty of coal left in it when we checked so maybe we closed it off too much before we departed for bed. First thing then, Ian was on his knees riddling and emptying the ashpan before firelighters, wood and more coal went on. Fire relit which was all well and good but once we set off the smoke billowing from the chimney about choked us both to death! And it was proper foggy which made the mingling with the smoke hard to see ahead. In fact, for most of the morning, we cruised with the headlight on. (More genny time needed when we moor because of it.) 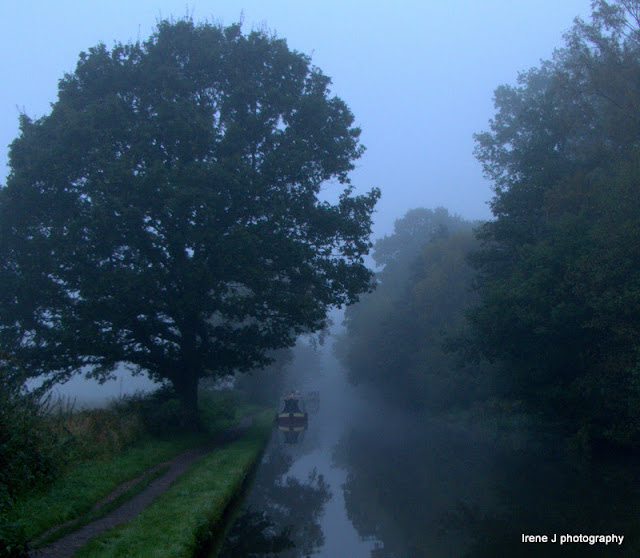 Nearly at Colwich lock but first we had to get under the railway bridge. Work was going on here, loads of scaffolding and signs along the towpath warning boaters and cyclists alike. What I want to know is, cyclists reading the first board would then read the second and would they do as they were asked? Keep to the centre of the canal 😉😂 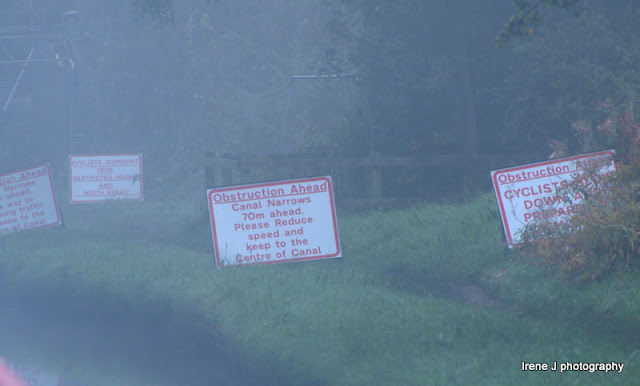 As we got nearer to the bridge, it was obvious that sandblasting was going on. The noise when we went under was deafening. You would have thought the chap standing on the scaffold would warn that sandblaster to stop when a boat was approaching. They wore ear protectors but where were ours? 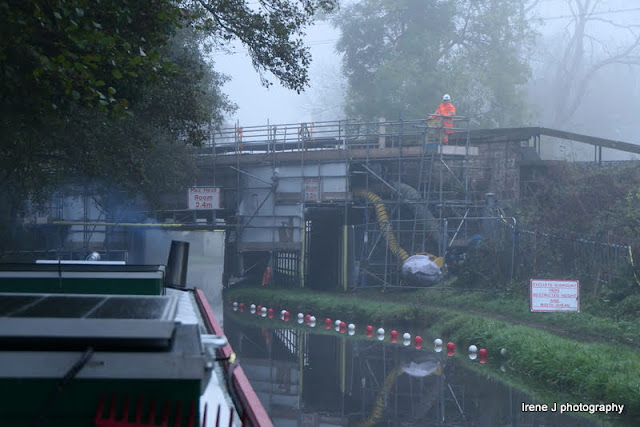 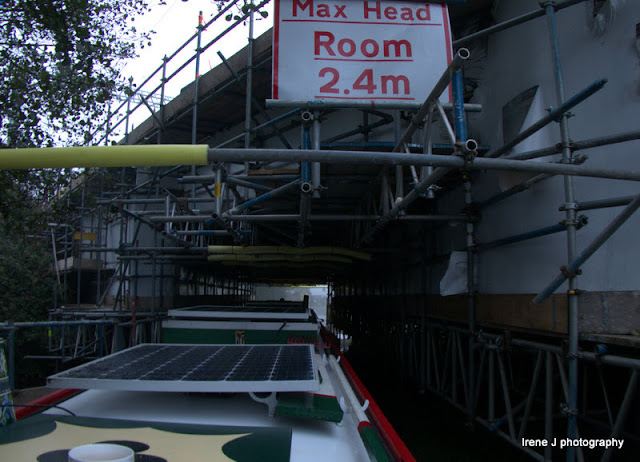 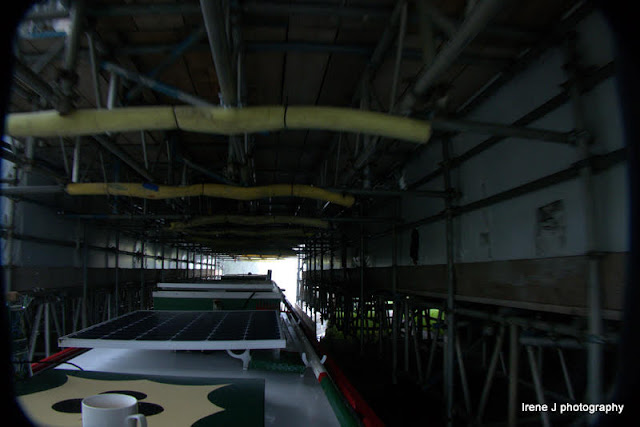 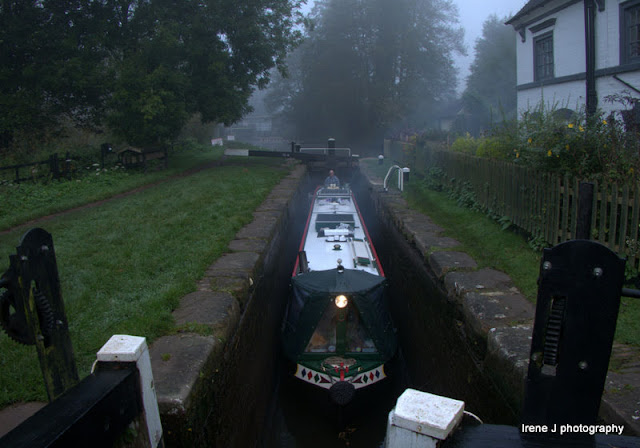 Fish and chips supper tonight. There is a lovely chippery a stone's throw from the canal, which, so I have been told, is very very good. 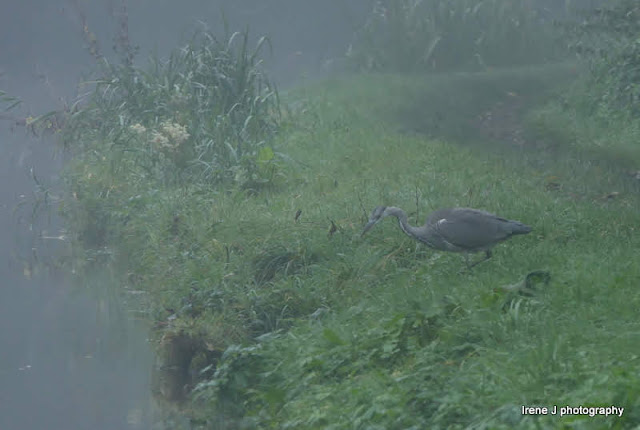 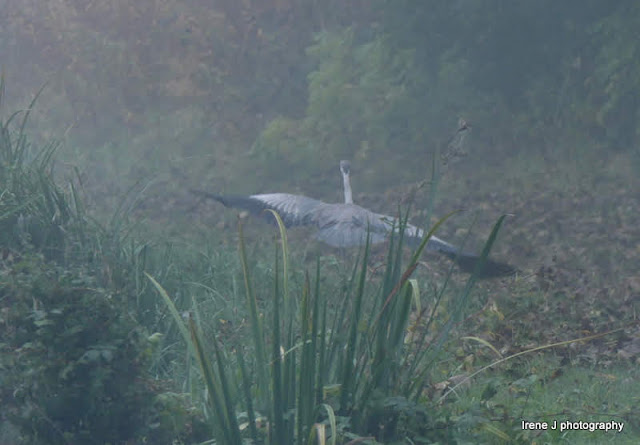 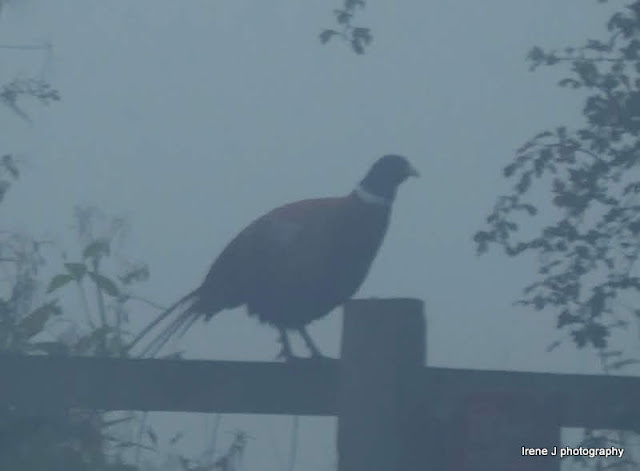 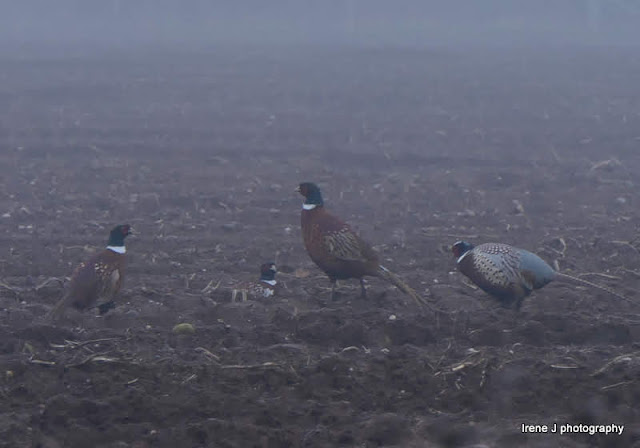 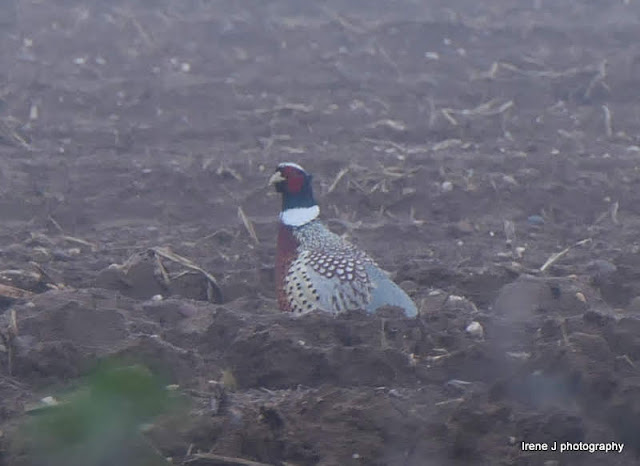 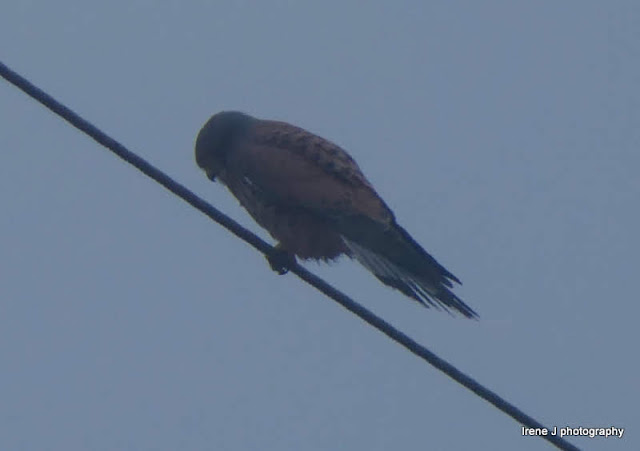 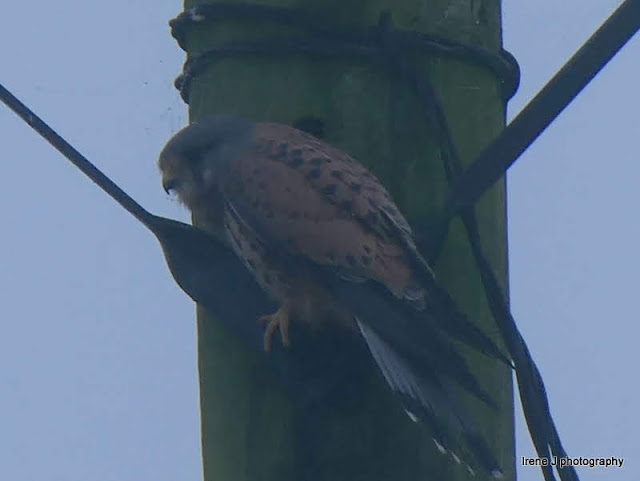 Both these raptors in a back garden of neighbouring houses. 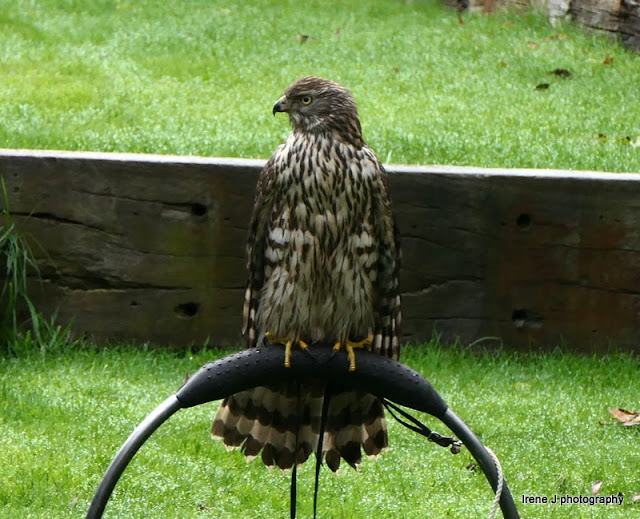 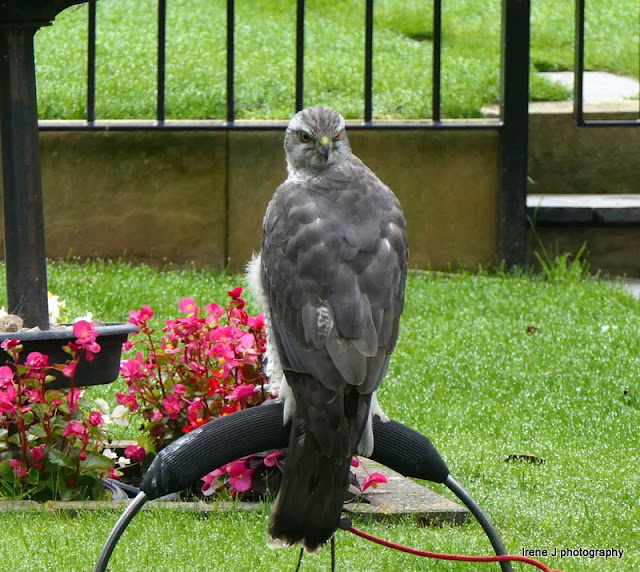 And these spiders made a home by the side hatch. As soon as we opened the doors they were everywhere! 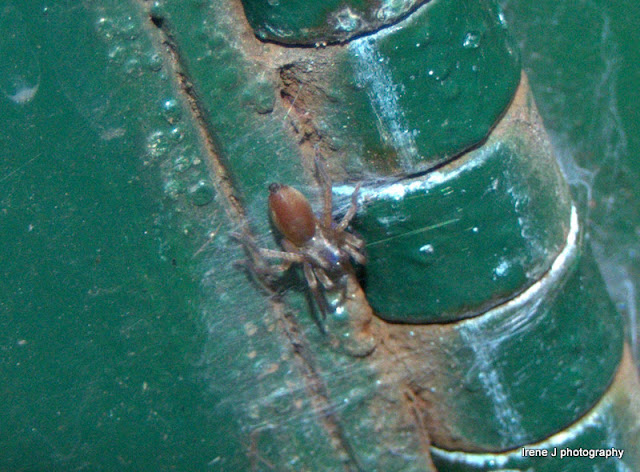 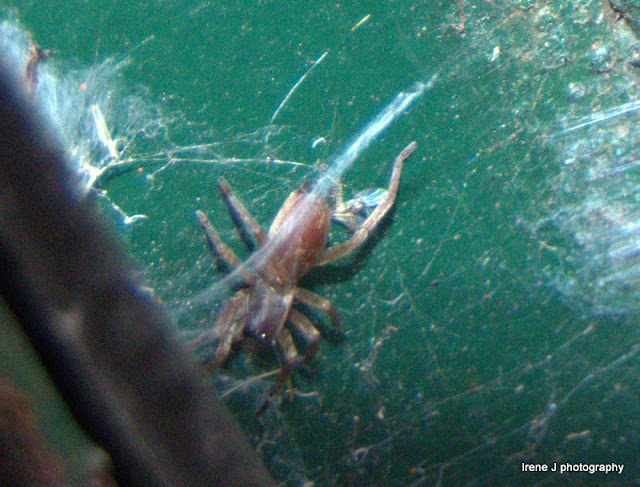 Posted by Ian and Irene Jameison at 6:47 pm