Is there ever the right time to give up cruising? And a 'must read' comment


At the bottom of this post I have included a comment from Paul (Waterways Routes) about the post  How to do the shuffle pass in a staircase lock Please read as it gives a new insight to the dangers of doing a lock shuffle,

Gosh, Tony and Lynda were up early. "Good grief", I thought... "Merlin didn't need to be back to base until 9 am" But no, they were eager to get down the locks and winded before any other Anglo-Welsh hire boat returned. I happened to glimpse Tony from our bedroom window, we were still in bed and never have Ian or I thrown on clothes so quickly.  We had suggested that we would leave FS moored and travel the three-quarter of a mile to Bunbury top lock on board Merlin.

Within an hour Merlin had dropped down the staircase, winded, had the car packed with belongings and farewells said. Took about 15 mins to walk back to FS, fire up the engine, untie and head for the nearest winding hole. Then back we went to Barbridge junction to do the Middlewich Branch yet again. Somehow I don't think we will be travelling this way for quite a while. 4 times in one week? That's enough of cruising this canal, methinks. I did notice a strong smell of diesel approaching Barbridge Junction. The water was covered with the stuff but as to where it had come from? Absolutely no idea! 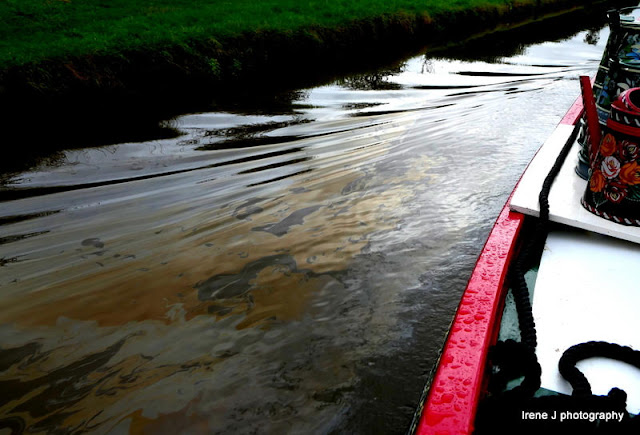 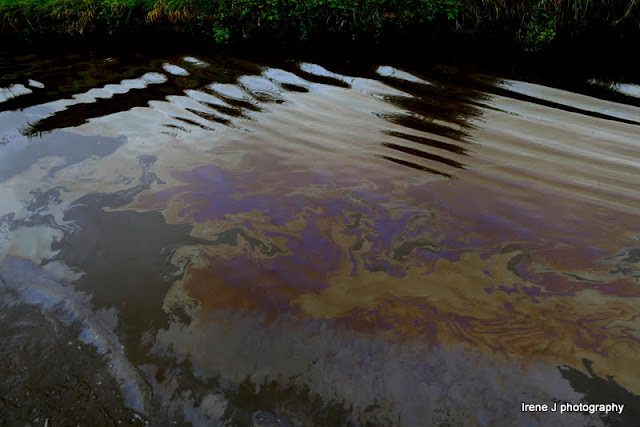 So very busy were the locks today. From arriving at Cholmondeston with the volunteer Lockie on to when we finally gave up trying to get to Middlewich, having done just three locks, it was queue after queue. Now here is a conundrum for you to think over.

Volunteer Lockie by himself and initially doing a good job. One boat had descended, no boats waiting to come up so the lock was filled. The second boat (cruiser) goes in and we are now the next boat to descend. The cruiser was almost down when through the far bridge we could see a boat coming toward the lock. The gates open and the cruiser exits. Now, this is where I think the volunteer was not following canal etiquette. Instead of waiting for the boat to take the lock, no, he was persuaded by a boater waiting behind us to close the gates and turn the lock around. I'm ashamed to say I kept my mouth shut and should have told the Lockie to wait. Okay, that oncoming boat was still about 200 yards away and maybe the Lockie felt he had time to get another boat down but in my book water should not be wasted by filling an empty lock. So was he wrong to do that? Or would you have done the same thing in the circumstances?

Minshull lock and the cruiser is first in the line and another narrowboat is second. We arrive in time to see the narrowboat leapfrog the cruiser to enter the lock. Well....how rude was that!  But all was not what it seemed. The cruiser had thought the narrowboat moored on the landing, centre rope on a bollard but back doors closed and padlocked. So the cruiser pulls in front only for the chap setting the lock to run up and say he was next and he always padlocks his doors if he leaves the boat. So there you have it. Best not to judge before all the facts are known.

Now you may wonder about the blog heading. Well, at Stanthorpe lock another boat had got in between us and that cruiser. The cruiser had winded and moored but on the lock, an elderly gentleman was trying to get the lock set. On his boat was another elderly lady and gentleman and holding the centre rope was an equally elderly man. To say not one of those on the boat (or off) were able bodied was an understatement. Hardly able to walk let alone get back onto the boat I felt very sorry for them all. Ian offered to do the lock for them which they thankfully excepted. They obviously didn't want to give up boating and were trying vainly to carry on. I do hope that when I get to that stage I would say enough was enough, but like them, I would probably resist kicking and screaming until I was six foot under! 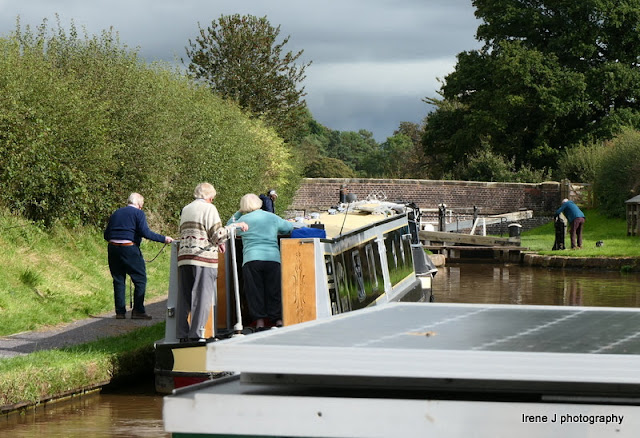 We decided to take the first available mooring after Stanthorpe lock which just happened to be where the breach had been back in 2018. To read about it click here

Somehow I think we are perfectly safe from it happening again. 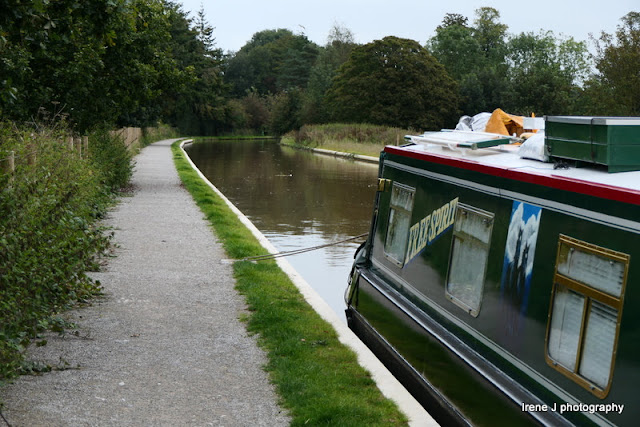 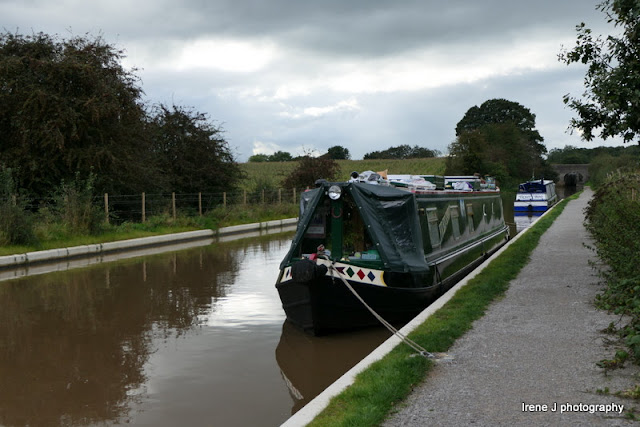 Paul (from Waterway Routes) said...
My understanding of events is as follows:-

1. Two boats were going down with one going up

2. The left-hand boat going down moved forward into the space when the locks were at the halfway level

3. The right hand boat going down needed to move across to the left at the bottom of the upper lock

4. The steerer (at the rear) and a crew member (at the bows) both pushed against the right hand side of the lock with their hands

5. The crew member at the bows slipped as they pushed hard on the green slimy wall with their hands and fell in from the right hand side of their boat.

6. The steerer returned to the normal steering position at the left hand side of the boat and assumed their crew member had sat down at the bows as they couldn’t see them in the water down the right hand side of their boat.

6. They had both given enough of a push that the boat drifted across to the left of the lock as planned.

7. The steerer of the boat going up hadn't seen the person fall into the water and started to move into the new gap in the bottom of upper lock.

9. It was spectators that did the shouting as none of the three boat crews had seen the person slip into the water.

11. Even grabbing the bow fender they could have been squashed against the far end of the lock if there weren’t any spectators to shout warnings.

It’s easy to think that wouldn’t happen to you - but there’s nothing in there that’s so unusual it couldn’t.

• Would you know your crew member had fallen into the water if you weren’t looking that way as they fell?

• Would you hear them shouting above your engine noise at the bottom of a lock?

• Would you see a person in the water ahead of your boat as you moved into the gap?

It only needed a small change in events for this to have been a fatal accident.

I understand there were no lasting injuries but three boat crews were left very frightened.

British Waterways, as they were then, investigated and realised it could easily happen again and immediately banned their staff from engaging in such a practice.

Even just falling in can be dangerous if you bang your head on the wall or the boat, or break a limb as you do so.

I hope that helps everyone understand what happened and why it is dangerous. It's only a matter of time before it happens again if boaters continue to practice the shuffle. 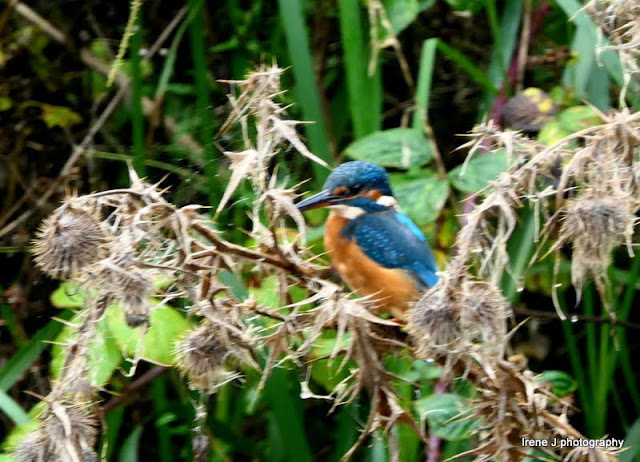 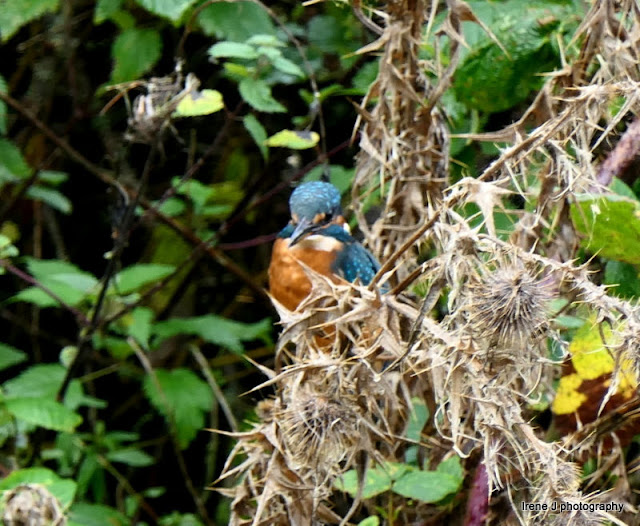 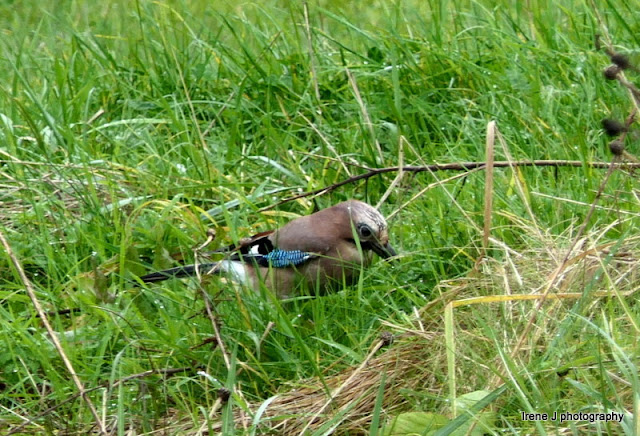 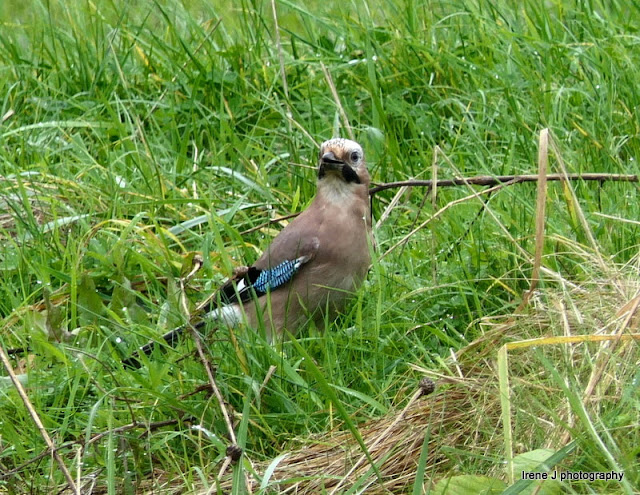 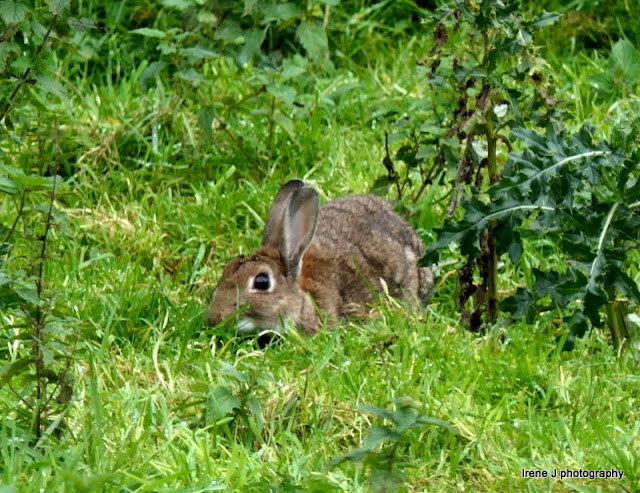 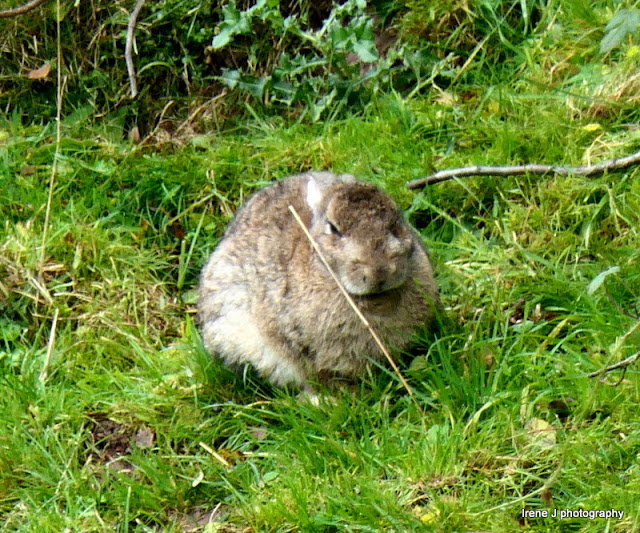 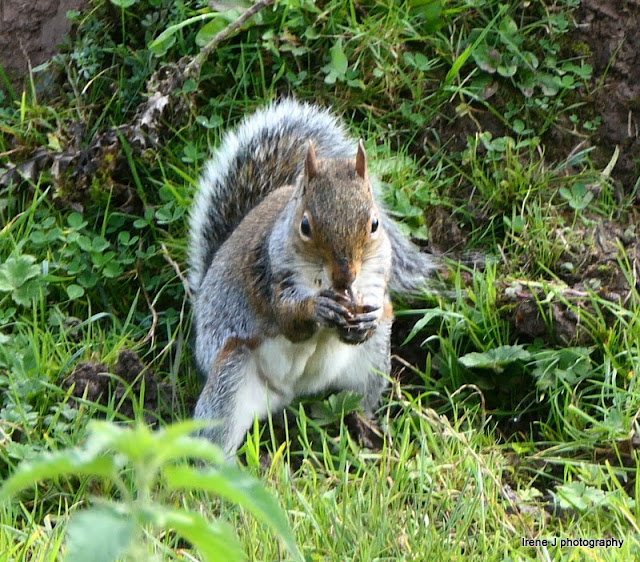 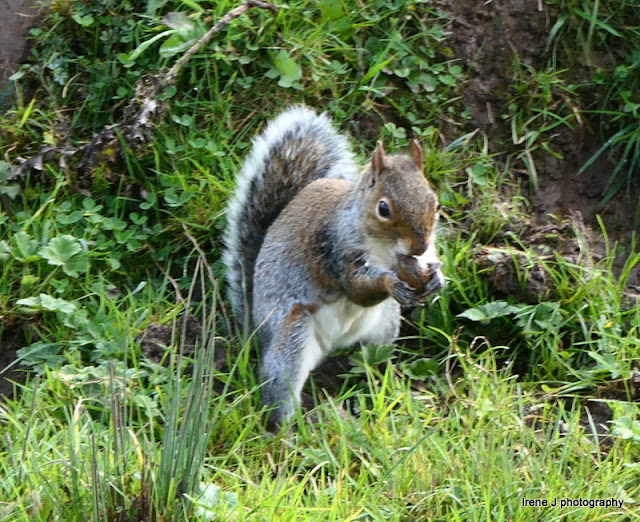 You said "...in my book water should not be wasted by filling an empty lock...".

If water is thundering over the weir, as it is in most places this week after the frequent heavy rain and yellow rain warnings, then it isn't wasting water.

I always look at the weir, if there's a reasonable flow over the weir then you aren't wasting water and it's quite acceptable to fil (or empty) a lock without waiting. You may, however, be wasting time and being rude - but that's a separate question.

I take on board what you say Paul but I am still not comfortable on closing a gate and filling or emptying a lock in front of an oncoming boat. It is after all good practice to wait and not encourage boaters to adopt bad behaviour.

Hi both
The problem with the shuffle decribed was the crew should never have pushed the boat over to the other side. The centre line should have been thrown to the lockie and he pull it over. This is far safer way.

Hi Stev, I agree but Northwich lock is very deep and a centre rope would have to be very long to reach anyone lock side. But at Bunbury staircase, this would have been no problem.

I can certainly see the danger in the method described by Paul (thank you for the explanation), but we did it at Bunbury with just a helmsman on board, so no one to fall in at the bow.

The turning the lock issue is a slightly tricky one, Irene. If there was plenty of water and a queue above the lock I would not have a problem with the lock being turned if I was a couple of hundred yards away.

Hi Jennie, it seems I'm outnumbered on the issue of turning a lock around. Even if there is plenty of water (and how many of us ever think of that) I still feel very strongly about leaving the lock 'as is' with a boat coming. A queue or no queue, patience is a virtue and after all, aren't the canals supposed to be for relaxation and a slower pace of life? I do understand that we all have a different way of looking at things. When I started boating in the '70s not closing a gate on an oncoming boat was drummed into us by the hire companies and I have followed this ever since.

I’m glad you posted the explanation about staircase locks, I’m glad that no one was injured on this occasion. We do see some very careless practises at locks and it’s always really difficult to judge when to speak up and when to go inside till they’ve finished. It’s surprising how many people wind paddles up without engaging the safety catch. We would never knowingly turn a lock against an oncoming boat but maybe the VL at Cholmondeston can judge the distance in order to manage the queues. Very occasionally we wait for ages then the blooming boat pulls over and moors up. I would still always prefer to be boating and, like those old codgers, I’m not going to hang up my windlass while I can still fling my leg over the gunwales ��

I totally agree with you Linda, so many times we have to put the safety catch back on, it's always something we check before winding the paddles. And thank you for your input on the 'turning of a lock around'. You could well be right about that volunteer being able to judge the distances but in our case, he was persuaded to close the gate and refill the lock. I'm not sure he would have done that had it not been for that boater.