Trees, rain and wind do not make for a restful night. Moisture dropping off the leaves even at the slightest of breezes and right on the cabin top above where we sleep. Still, I suppose with nothing to get up for it didn't matter if I stayed in bed and dozed until after 9 am. Ian, of course, was up early. Another of those Rugby matches on and starting at a silly time of 5.45am.

When I did finally venture out of bed  I thought I may as well go for a walk. Left Ian to the Rugby and set off to see if a mooring space had become available nearer to the bridge.

Not 2 minutes into the walk and the heavens opened.  I legged it to the bridge, well no, I don't do running and it was a miracle I managed to get any speed up even with a fast walk. Consequently, I was soaked by the time I ducked underneath the bridge arch. 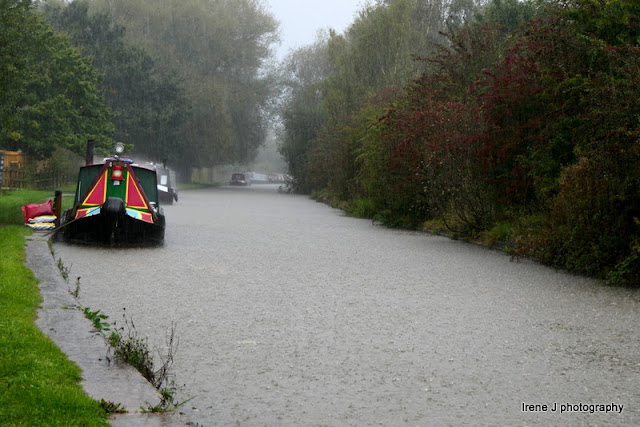 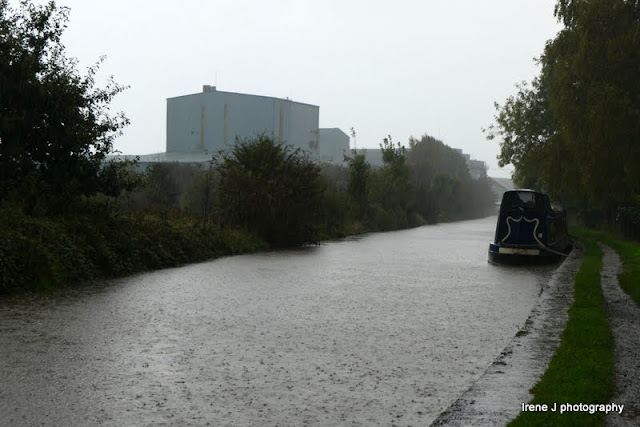 5 minutes I stayed sheltering before I could once more seek a mooring spot. This time on the other side of the bridge. Well, would you Adam and Eve it. As I walked past a moored boat  (the one in the top photo), tied by bow and centre rope was a Black Prince hire boat. Nowt unusual I hear you say but how could anyone be so stupid?  Look at the next photo and you will see why! 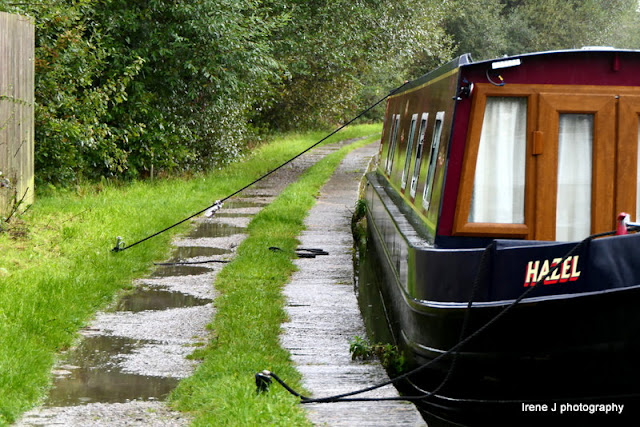 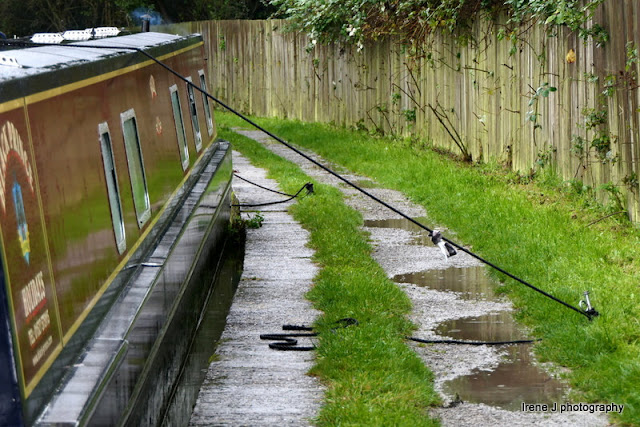 A stupid small piece of a plastic bag had been tied to the rope. As if anyone would see that in the dark! I was contemplating what to do when a group of runners turned up. Most saw the danger and shot to one side but the last runner, (an elderly gentleman) was heading straight for it. Head down I think he was concentrating on where he was placing his feet especially considering the state of the towpath ( wet and muddy) and it was only my shout of 'look out' that made him stop and sidestep the rope. That did it for me I knocked hard on the side of the boat. Curtains were drawn and I wondered if they had gone to the museum. But the museum didn't open until 10.30am and it was only a smidgen after 10. So I knocked harder this time but to no avail. What should I do? I couldn't remove the rope, the boat would have drifted out. My only choice was to walk away. 10 minutes after I had  returned to FS and that boat came past. They must have heard me knocking and chose to ignore it. Anyway at least the danger is now past and no longer a trip hazard.

The rest of the day was spent watching films. We never did move from this spot, nothing became available so it looks like a long walk now to Northwich tomorrow. We did light the fire later in the afternoon. I do love a good fire to keep one warm.😳 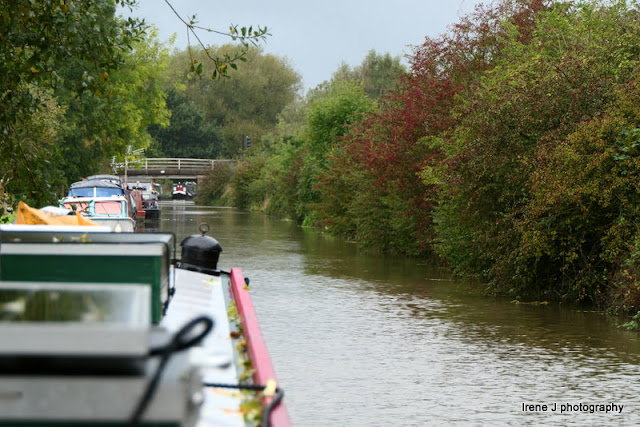