How to do the shuffle pass in a staircase lock.

Hey...the rain held off today and we managed another walk around the wall in Chester. 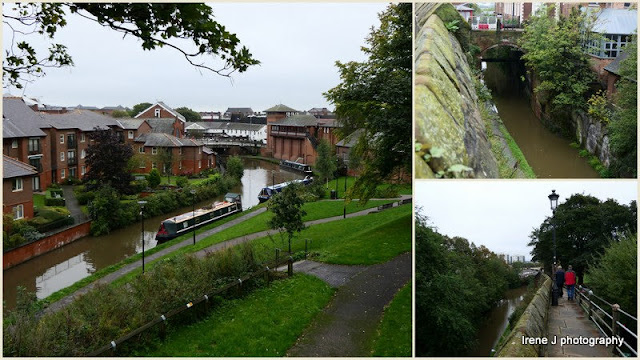 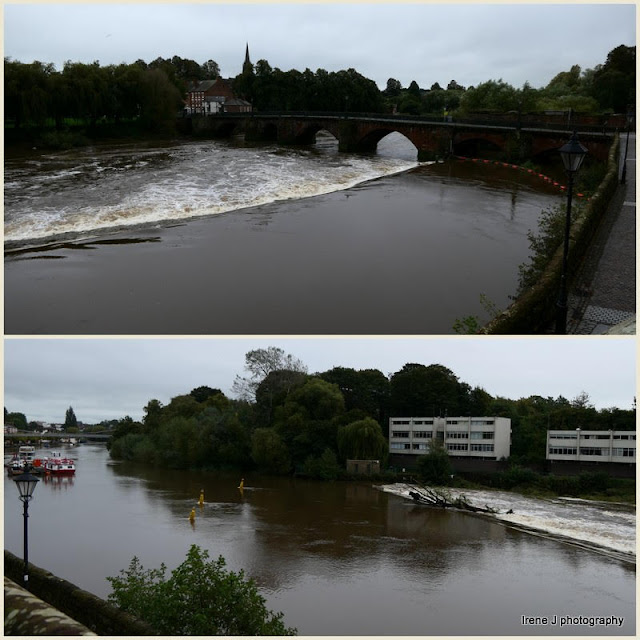 This time the castle was where we fancied going. Walked quite along the way to get to it only to find that you had to book a guided tour in advance. Bu**er! Across the car park was the military museum, hardly Lynda's or my cup of tea but one must humour one's hubbies so we were persuaded to go inside. £2 was the entrance fee so we didn't feel quite so bad at rushing through.

For a donation (about £4) the Cathedral was open to view. A wonderful place to visit. 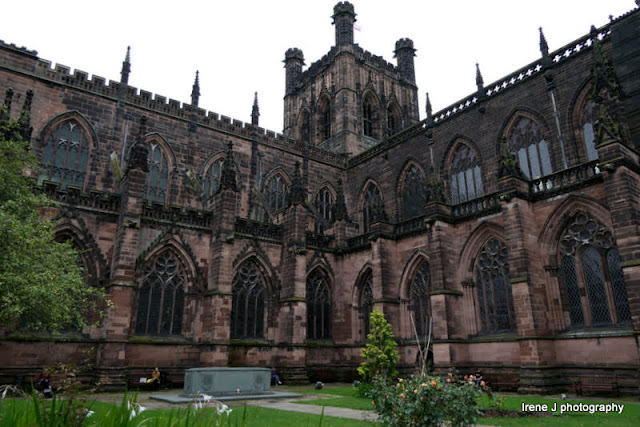 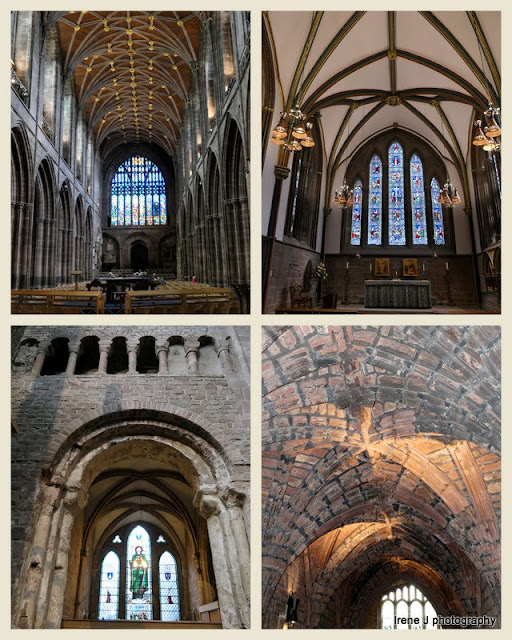 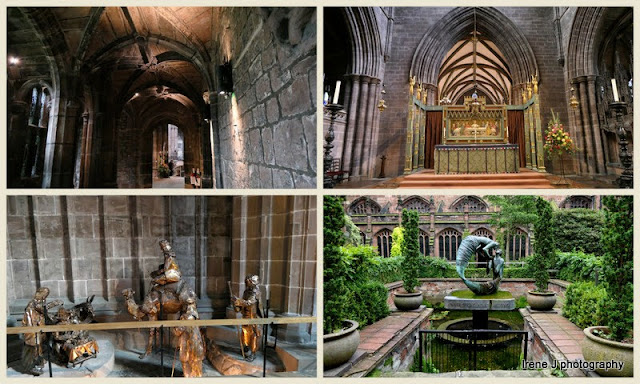 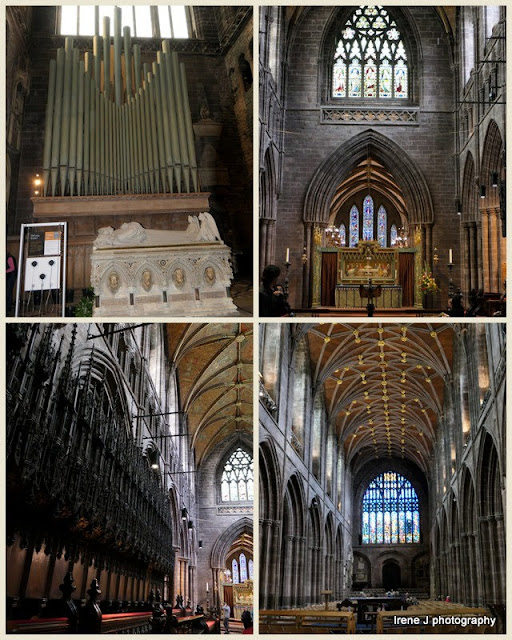 The one place I did want to go was the Dewa experience. But this was thwarted by hoards of primary school kids all going in at the same time. Don't get me wrong children need to learn the Roman history of our country but to be told by a jumped-up pratt in a roman costume the we couldn't go in until AFTER the children had had their talk, about a 10 to 15 minute wait and no we could NOT ask the teachers to hold the kids to one side whilst we walked through the reception area, was frankly very rude! Is this any way to teach children? Showing that it is alright to belittle adults? Anyway, we walked out with a strong message that trip adviser would be informed of their terrible attitude.

Back at the boats and we headed for Northgate staircase lock. Ian and Lynda walked on to get the bottom lock ready and as I turned up with FS, the gates opened. In came Tony with Merlin, gates shut and then we waited. What on earth was the hold-up? Eventually, we are told of a boat entering at the top. Ooh, err......now we would have to do the boat shuffle.  For non-boaters, this can be quite exciting to watch and trust me we had plenty of Gongoozlers. How it works on a staircase is the two boats would meet the one boat coming in the opposite direction usually in the middle lock. The empty space next to the single boat is then taken by one of the pair. So now there are two boats facing one another and the third boat stern to bow to the one in the lock. Then the second boat of the pair pushes across to take the empty space of the first pair and the single boat comes in next to that. Then....the second of the pair pushes across again to finally allow the first of the pair to enter next to him. Confused???? Phew so am I so let me show you with photos. 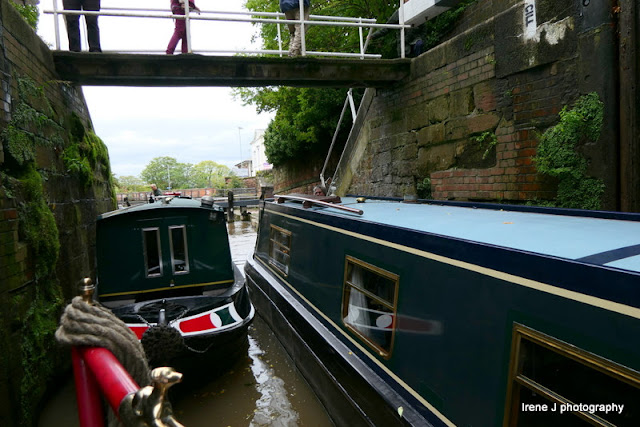 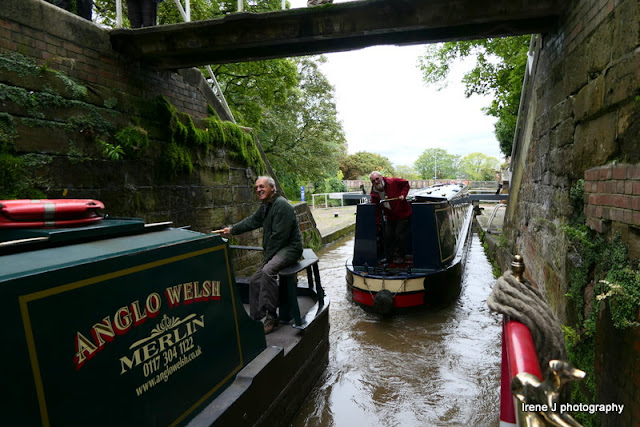 Heading through Chester and what should I spy in the distance, that blooming great wide beam trip boat again. And then came an argument. I was convinced it was travelling toward FS but Ian said it was the stern that could be seen. "But that's a pointy end," said I. "Hmmm", thought Ian "Yes your right but I think it is actually reversing toward FS,"  He was right, it was reversing and I was also right, it did have a pointy end on the stern. With no winding hole nearby I suppose it had to be designed in that way, but what a short boat trip. Up to the lock and back.... maybe half a mile?


We planned to shop at Aldi but time was getting on. So instead of stopping below Tarvin lock for the shop, we choose to ascend and moor above. It was then only a short walk back to Aldi. Supplies for a BBQ was needed. The Beeb forecast reckons tomorrow will be the best day of the week. I do hope this time they have got it right! 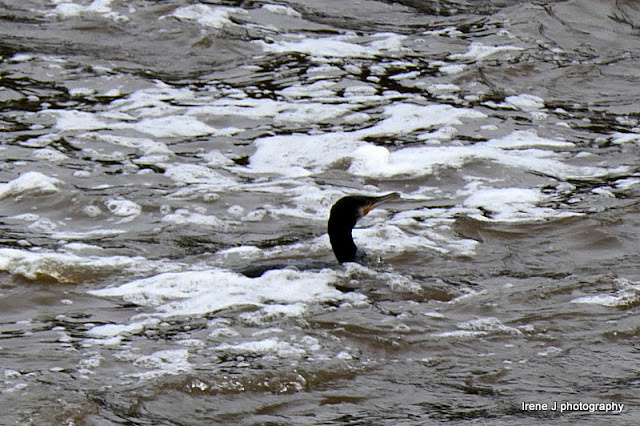 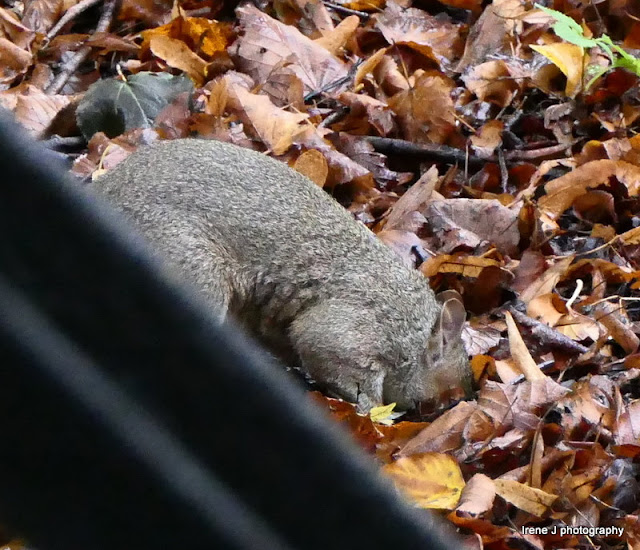 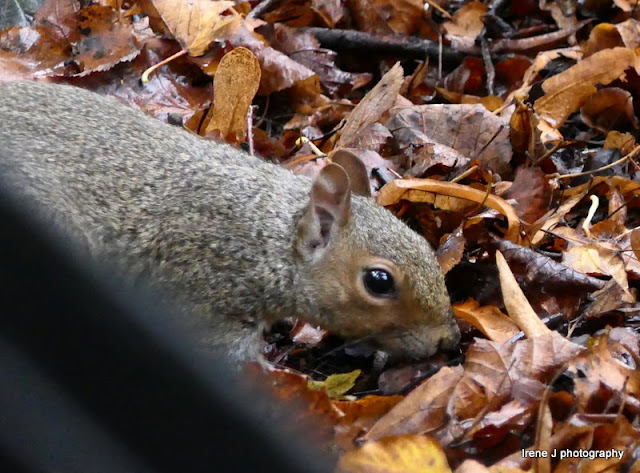 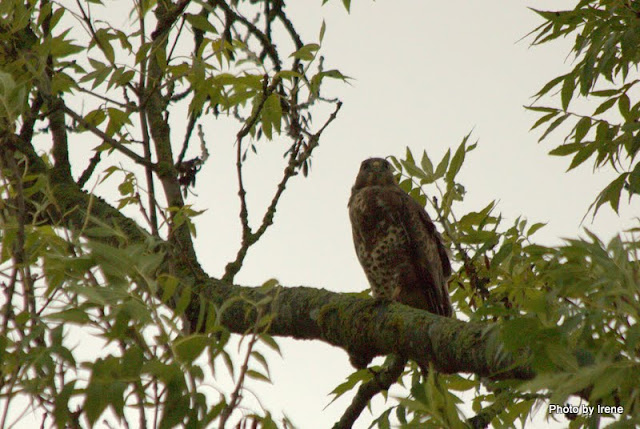 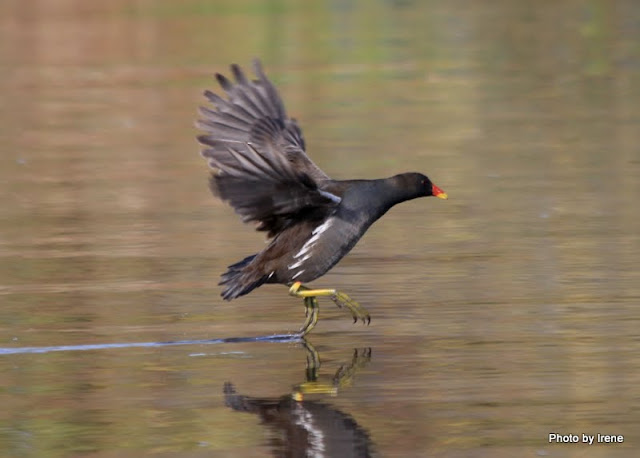 After a serious accident involving such a shuffle at another staircase, when only luck stopped it being a fatality, all CRT staff and volunteers are banned from allowing such a shuffle. Other boaters are asked not to do so, although there is no practical way to stop others doing it. I must admit I haven't seen much recent publicity asking them not to do it.

The flower is a peacock orchid, I planted some a few years ago, never seen them since the first year! Caroline

Hi Paul, I hadn't heard anything about such an accident but it might make us stop and think if this same scenario happens again in the future. I'm not sure though, that CRT volunteers can stop private boaters from doing the shuffle if they so wish. I suppose the only time we would find that out is if CRT is at the lock if/when it happens again.

Thank you, Caroline. The Orchids were growing all around the cathedral grounds and made such a lovely spectacle. Xx

Hi Irene and Ian,
Such a suffle is common pratise at Bunbury as you know, C&RT do not stop it there. We're at Waverton at the mo, have we missed you or are you still in chester area?
br
Stev
AmyJo

I too have not heard of such an accident and were not aware that such a shuffle is not recommended. We executed a 'shuffle' at Bunbury this year (with advice from an Anglo Welsh employee) and once a few years ago, but I cannot remember where and have failed to find it in my blog. It might make us stop and think again, even though it seemed quite okay when we did it. It would be interesting to know what went wrong, Paul, as we cannot envisage how it can be hazardous.

My understanding of events is as follows:-

1. Two boats were going down with one going up

2. The left hand boat going down moved forward into the space when the locks were at the halfway level

3. The right hand boat going down needed to move across to the left at the bottom of the upper lock

4. The steerer (at the rear) and a crew member (at the bows) both pushed against the right hand side of the lock with their hands

5. The crew member at the bows slipped as they pushed hard on the green slimy wall with their hands and fell in from the right hand side of their boat.

6. The steerer returned to the normal steering position at the left hand side of the boat and assumed their crew member had sat down at the bows as they couldn’t see them in the water down the right hand side of their boat.

6. They had both given enough of a push that the boat drifted across to the left of the lock as planned.

7. The steerer of the boat going up hadn't seen the person fall into the water and started to move into the new gap in the bottom of upper lock.

9. It was spectators that did the shouting as none of the three boat crews had seen the person slip into the water.

11. Even grabbing the bow fender they could have been squashed against the far end of the lock if there weren’t any spectators to shout warnings.

It’s easy to think that wouldn’t happen to you - but there’s nothing in there that’s so unusual it couldn’t.

• Would you know your crew member had fallen into the water if you weren’t looking that way as they fell?

• Would you hear them shouting above your engine noise at the bottom of a lock?

• Would you see a person in the water ahead of your boat as you moved into the gap?

It only needed a small change in events for this to have been a fatal accident.

I understand there were no lasting injuries but three boat crews were left very frightened.

British Waterways, as they were then, investigated and realised it could easily happen again and immediately banned their staff from engaging in such a practice.

Even just falling in can be dangerous if you bang your head on the wall or the boat, or break a limb as you do so.

I hope that helps everyone understand what happened and why it is dangerous. It's only a matter of time before it happens again if boaters continue to practice the shuffle.

Thank you, Paul. I can see now why this practice had been banned by BW. I don't think CRT volunteers are aware of this as it happened such a long time ago. I will certainly be on my toes if we are faced with the same situation again.