The lock reveals a gift.

It's typical. One plans for Autumn/ Winter cruising because one believes that all the staycationers would be back home after enjoying the Summer on the waterways. How wrong can one be! In fact those returning boaters at Langley Mill all said the same, Summer was so quiet and only the occasional queue at locks. Well maybe we should have gone Summer cruising instead because the amount of boat traffic on the T&M today was phenomenal!.

All the locks today were full and had to be emptied. More time added to our expected travel time. We did power up a wee bit on the river section until signs began to appear on the river moorings about bank erosion. Time to throttle back again then. 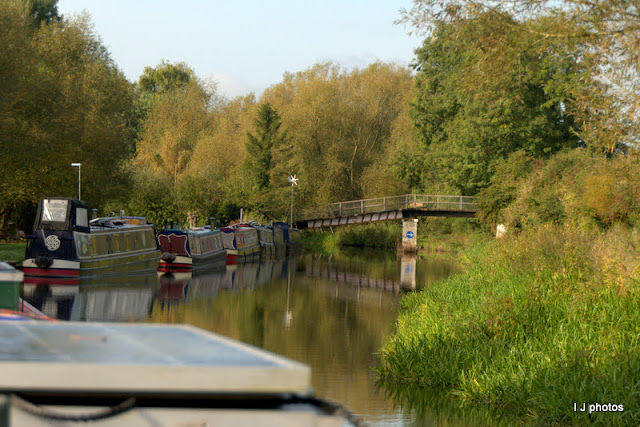 At Alrewas the number of boats waiting to go down onto the river stretched nearly along the whole length of the moorings. And still more were coming. I remarked to Ian how thankful that our destination was to the North but I hadn't planned on Fradley! 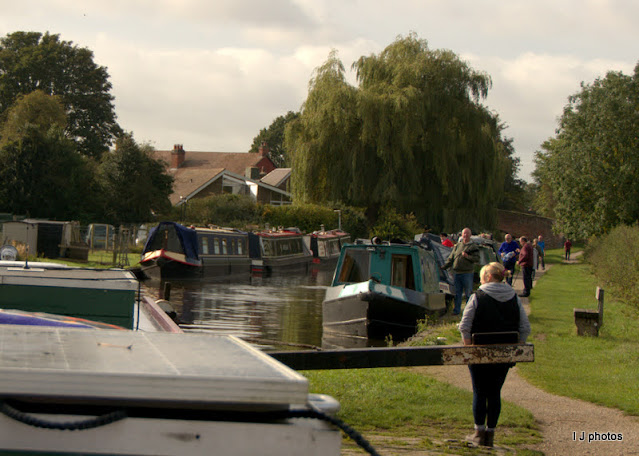 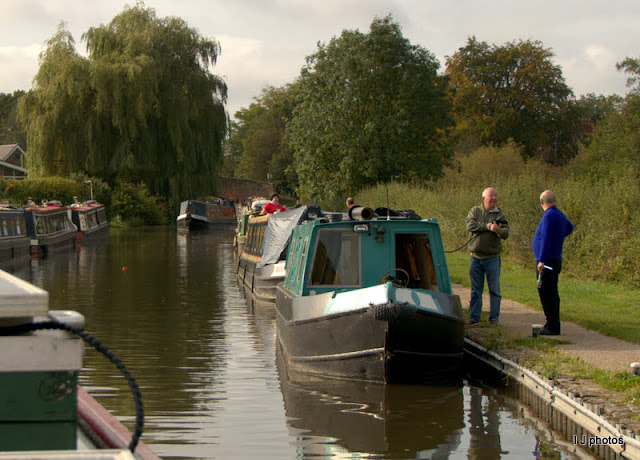 An unexpected gift was fished out of Bagnall Lock. A boat had descended and as he began to cruise out of the lock, one of his fenders caught the bottom gate and tore the holding clip from the handrail. Ian saw it happen, told the chap on the boat but he was totally unconcerned. Ian thought it lost, but the white clip could just be seen floating under the surface. The boat hook came in very handy to grab hold. Attached to that clip was this. Thank you very much to the previous owner; replaces the one we lost at Langley Bridge lock.

Early starts do pay off as creeping past those at Branston water park, as well as Barton Turns, meant we were ahead of the pack. Three boats caught us up at Fradley Common lock, a bit of a blow, we thought, because we had to stop at the facilities after Keeper's lock for cassette emptying and no doubt one would pass us and take Junction Lock. But that boat behind us took such a long time ascending that the deed was done and we got away first again.

It was still too early to stop although Fradley had been planned for tonight's mooring (it was only 12:40) so we continued up the rest of the flight to Wood End. Now this lock has a few problems. Very noticeable was the yellow cover over the top ground paddle meaning only the gate paddle could be used, and this blue rope hung down from the lock and disappeared beneath the service. What was going on? Well I looked on CRT website stoppages and this notice appeared

Woodend Lock will be closed on 18th and 19th October. Our reactive team will carry out repairs to the broken paddles on the bottom end offside gate and at the top end ground paddle. The lock will be dewatered for works to be undertaken

So the rope must be holding the paddle together! 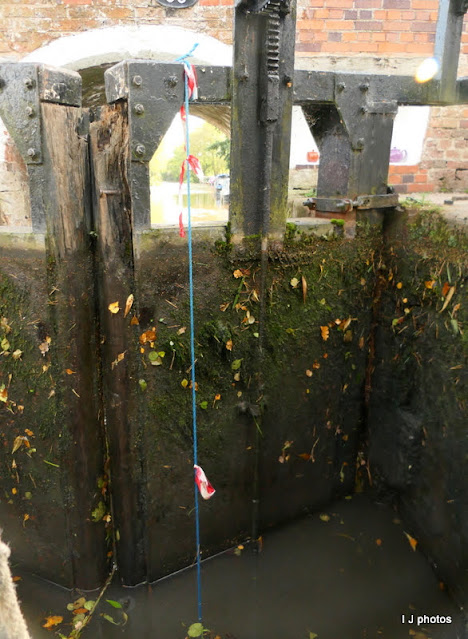 Once moored I resumed my fishing leaving Ian to dive down the weed hatch. Good job he did as this was removed from the prop. No wonder the tiller was bouncing well! 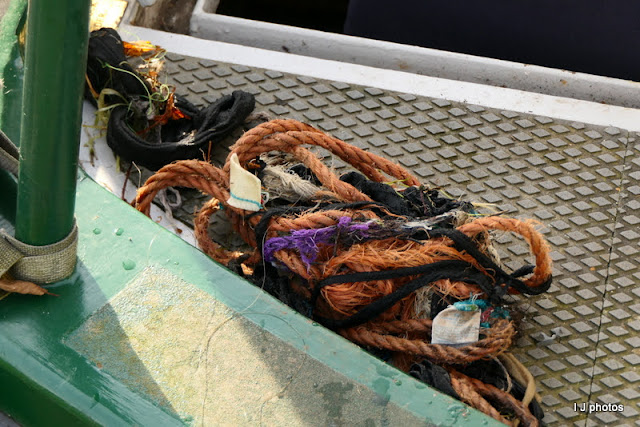 Another long procession of boats passing FS going toward the lock and also away. Very difficult to fish in those conditions, but one boat was very welcome. It was Halfie (John) and Jan on Nb Jubilee. Lovely to see them again and hope you enjoy the rest of your cruise.

As we are ahead of schedule Ian phoned Anglo Welsh at Great Hayward to see if someone could have a look at FS's engine. He still thinks it's only running on three cylinders. With a positive answer we should get to Hayward for Tuesday evening when a mechanic will be available Wednesday morning.

And some 'on route' photos, 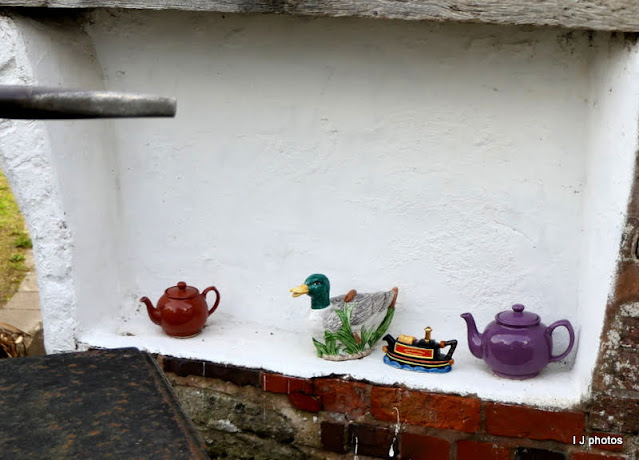 And an amazing escape by a a bee even though the spider did come down to it. And yes it flew off. 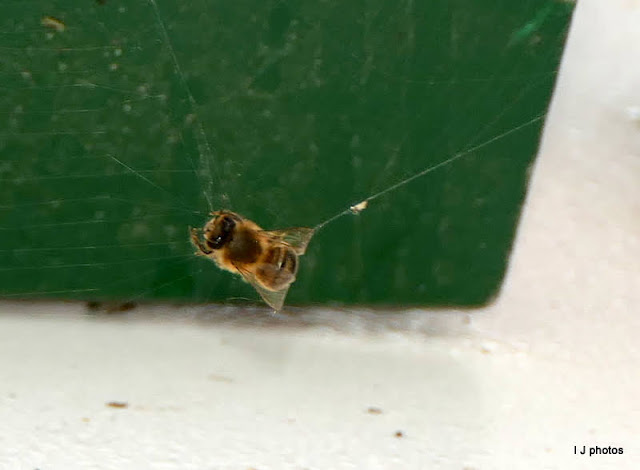 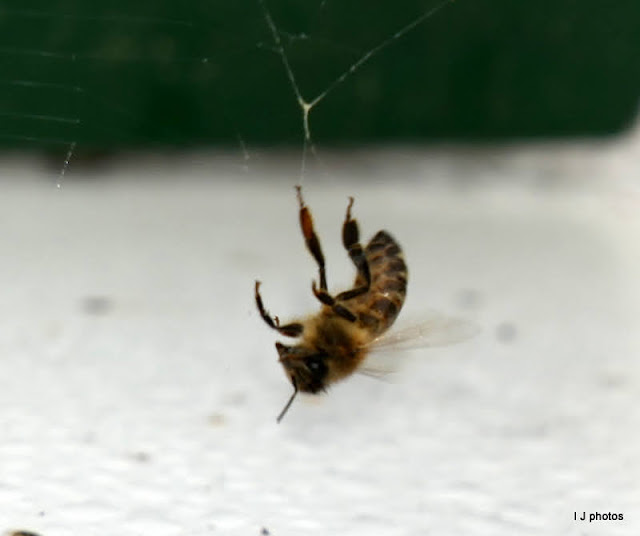 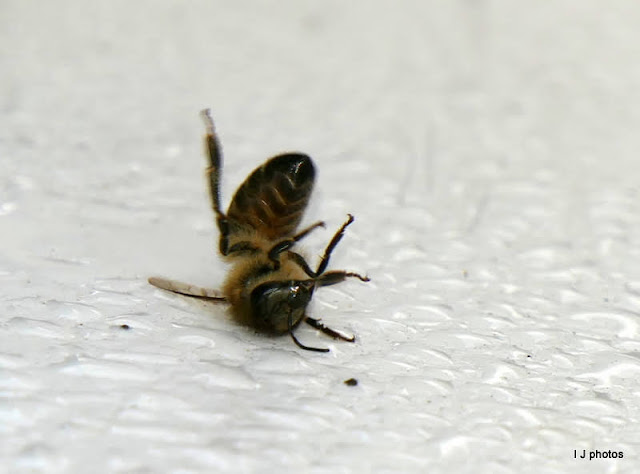 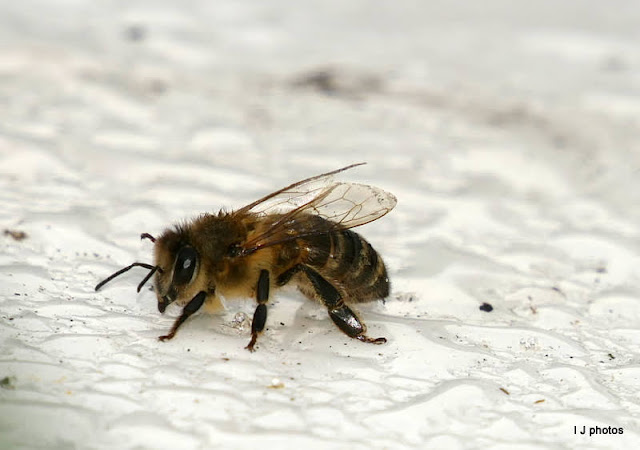 Posted by Ian and Irene Jameison at 7:13 pm

Good job you saw the fender go in, with the rope and clip like that it was just waiting for someone's prop to pick it up

That's just what Ian said and it would probably have been us!