Two weeks of cruising and hardly a drop of rain. That was all to change today when we woke to the sound of  water dripping off the cabin top and running down the porthole windows. Sometimes on days like these all you want to do is pull the cover back over your head and go back to sleep. Not this morning though, as we wanted to be at Harecastle tunnel when it opened at 8 am. So no breakfast for us this morning, just a quick cup of tea and after kitting up in wet weather gear we set off to do the mile and a bit to the south portal. One thing I did notice was that the cruiser with all the white paint on the top was now covered in what looked like whitewash. Yep the rain had washed a lot of it away. Even the water surrounding it was a milky white! 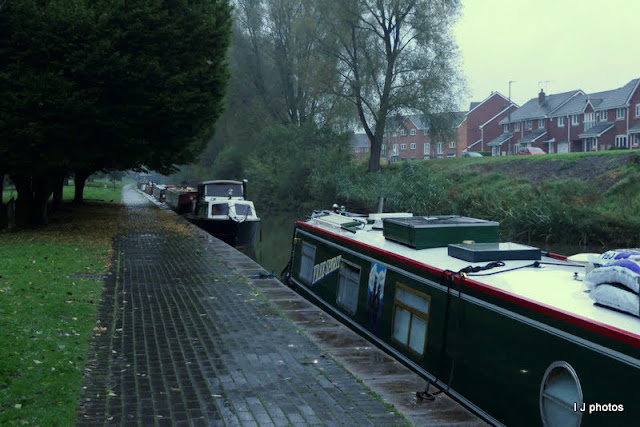 I was steering and the journey to the tunnel was short, but with it being dull, grey, dismal and wet, I  wanted the brolly up, but Ian has this thing of not cruising with any sort of covering to obscure the vision, including pram tops. (mores the pity) So water dripped from my nose and face, freezing hands cos they were wet and worse... my so-called waterproof.... wasn't! My plight didn't faze Ian in the slightest, made of hardy stuff  he is, but it was a welcome sight for me when we reached the tunnel and I could go inside FS 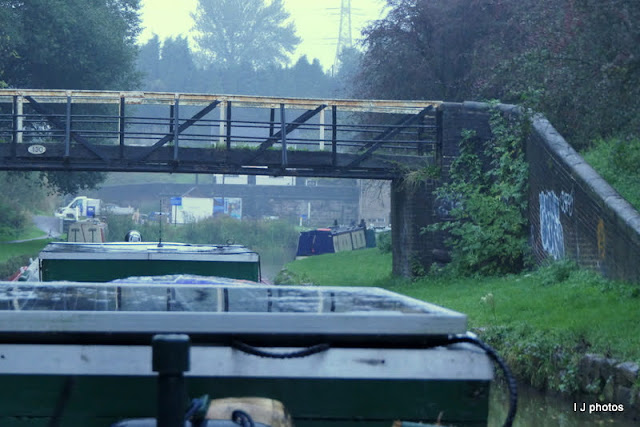 We were fifth in line, the other 4 boats had overnighted on the tunnel moorings. We had the usual instructions from the tunnel keeper and she told us we would be the last boat in. Didn't really fancy that because as the doors bang shut behind you the fans are turned on and boy are they deafening. Then all the fumes and smoke inside the tunnel is sucked toward those fans. For several minutes one can hardly see a thing, more like a thick fog to contend with but we got lucky when another two boats appeared from behind. 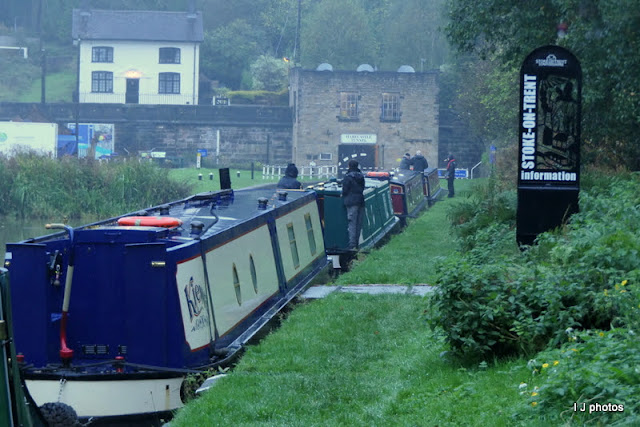 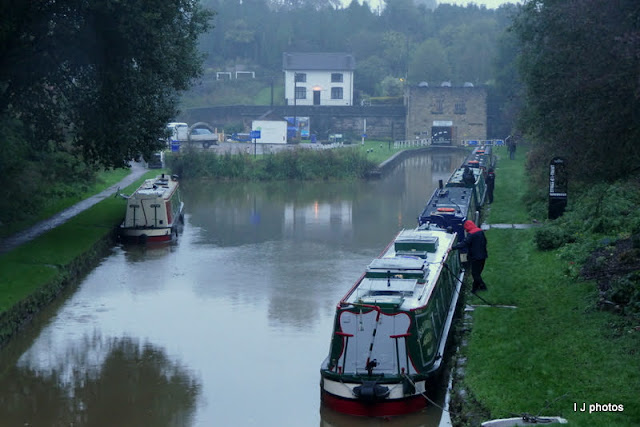 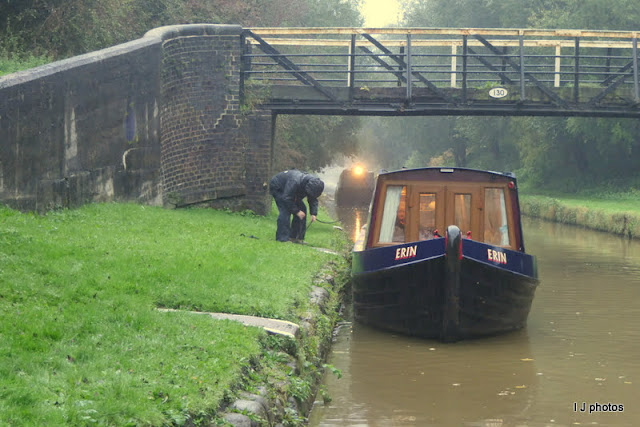 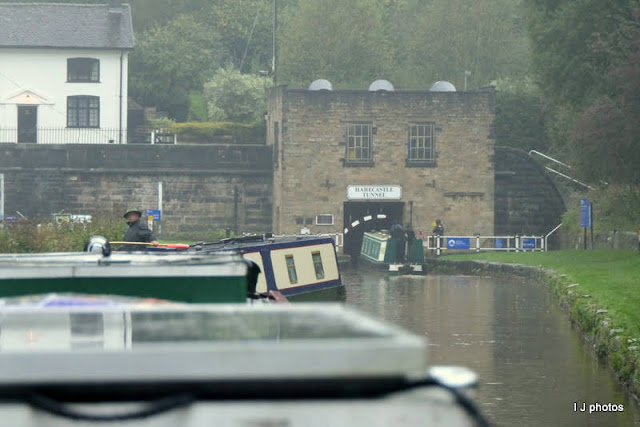 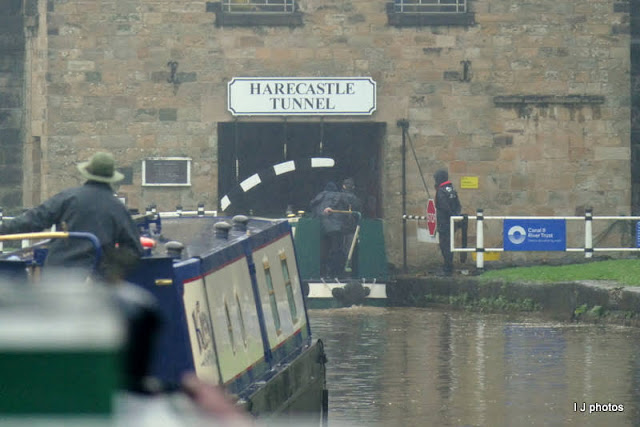 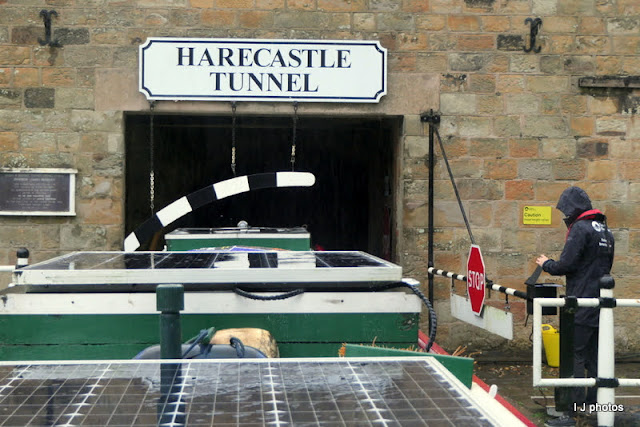 Inside Harecastle it was wet, well with all that rain having fallen overnight it was to be expected. With Ian at the helm I offered to bring him a coffee. Needn't have bothered 'cos no sooner had I put the cup down on the hatch slide, he goes and knocks it over! In a huff I left him too it with me muttering about making another once we were back in daylight! 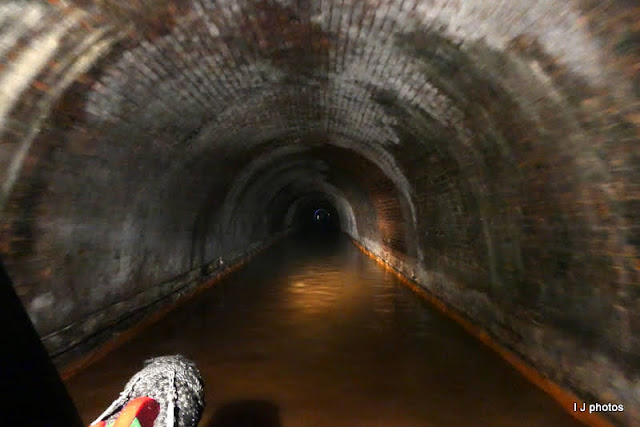 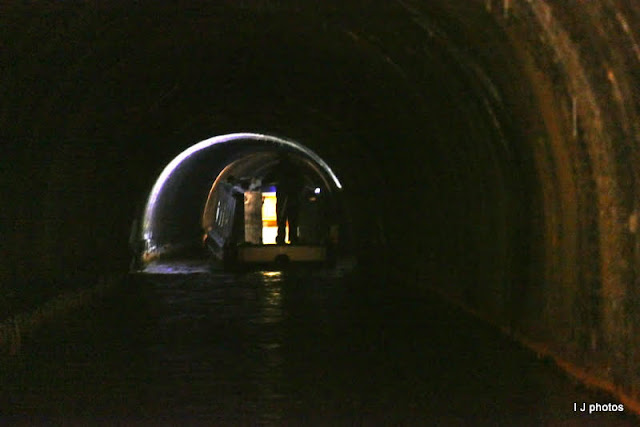 Roughly 400mtrs from the north portal was an alcove set in the right-hand wall. During a university rag week many years ago, several students took it upon themselves to paint a skeleton. No one realised for quite a while until it was mentioned to the then tunnel keepers. They also knew nothing about it until they went to find it for themselves. It's now quite a talking point and do look out for it when you next go through Harecastle. 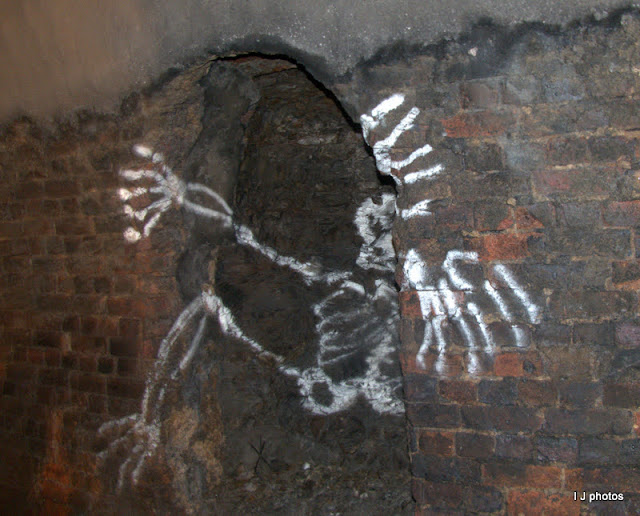 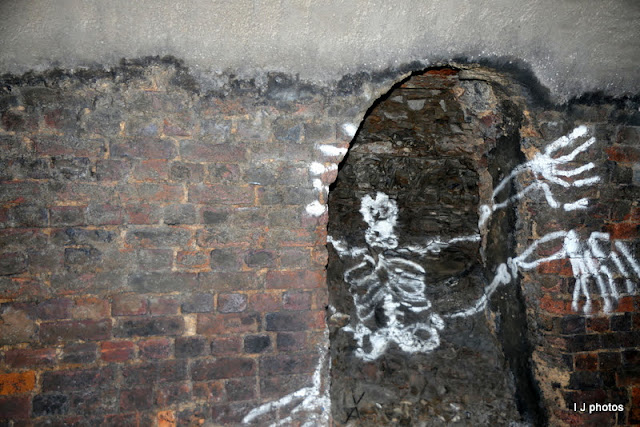 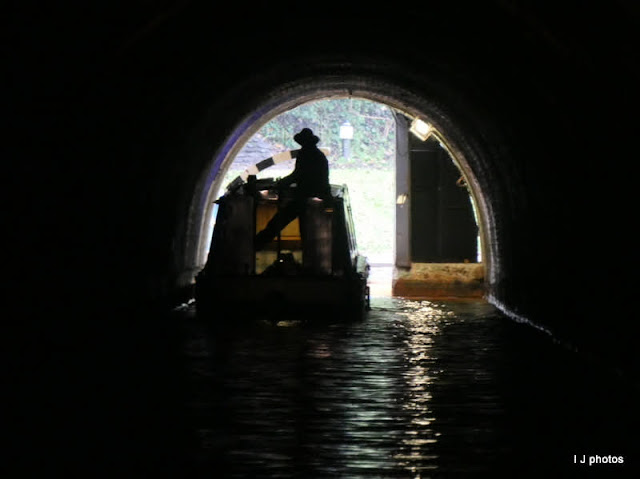 Out of the tunnel and in front was those four boats, Through the bridge and on the left is the entrance to the Macclesfield canal and the first two Black Prince boats wanted to do the turn. We had quite a log boat jam whilst waiting for them to manoeuvre. 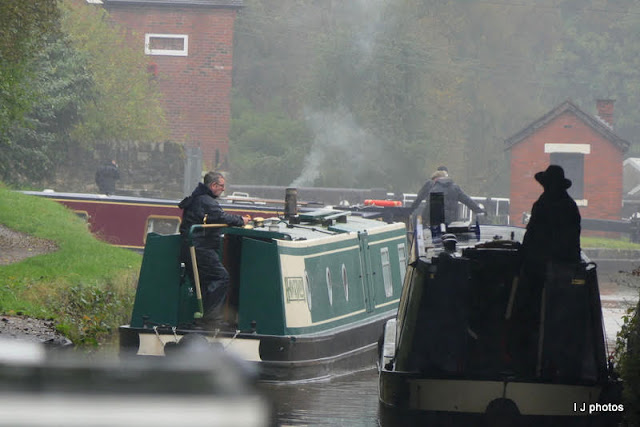 The water on the north side is orange. It's all to do with iron oxide seeping from the Brindley tunnel. Quite striking when you first see it. 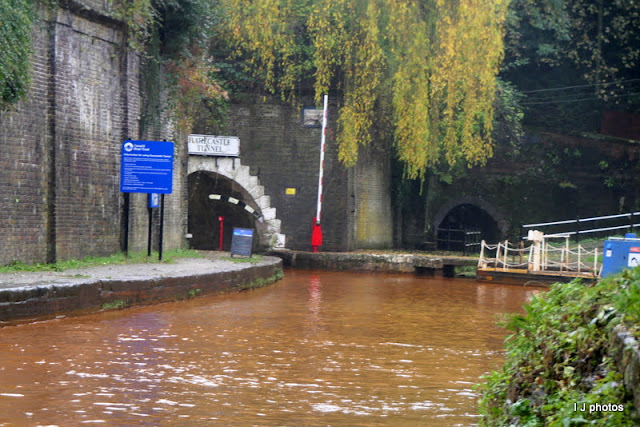 After the boats had sorted themselves, it was our turn to approach the first of the paired locks in the flight of 25. 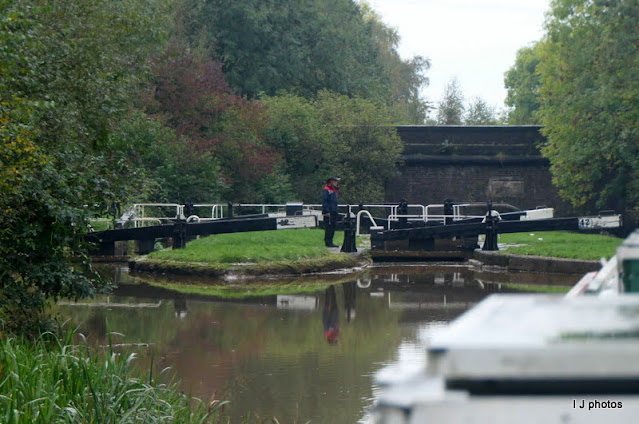 Known by the old boaters as Cheshire Locks it has become known as Heartbreak Hill because of the 1936 Boston Marathon, when defending champion Johnny Kelley passed leader Tarzan Brown at the Newton hills and gave him a pat on the back. ... Boston Globe reporter Jerry Nason wrote that Tarzan “broke Kelley's heart” at the hill, thus coining the name “Heartbreak Hill (I took this from nesn.com)

Having locks side by side is a blessing to stop queues and make for faster locking but choosing which lock to use is important. The right on the descent is the preferred lock as it's easy to get into and out of. The left on the other hand is a right pain. I had real problems at lock 45 as only the left side was operational. Bendy boats would be useful here as trying to get out to the right is nie on impossible. One hits the left bank and on this lock I was confronted by a blooming great tree with overhanging branches. I wasn't prepared to plough straight through that so the only solution was for Ian to push the bow away.

Just 6 locks done today, that would do after the early start. We stopped between lock 46 and 47 never great in a pound cos no sooner had we secured FS and a lock full of water was drawn. When we listed it was time to bring out the big balloon fenders and push her away from the bank. 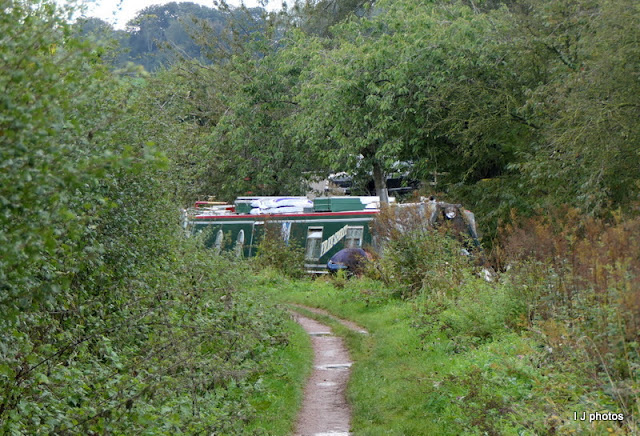 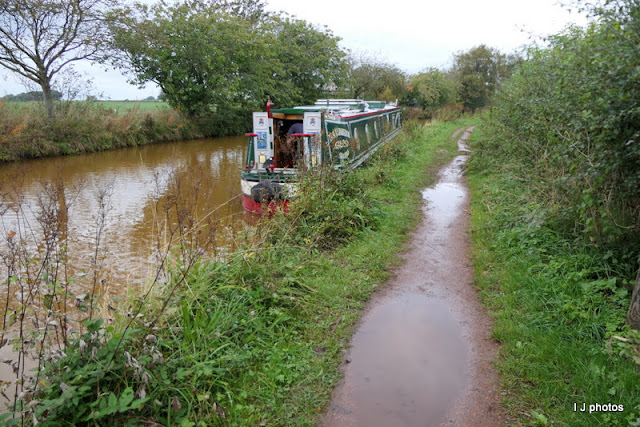 And today's fishing was plentiful once again. Small Roach and several Gudgeons. 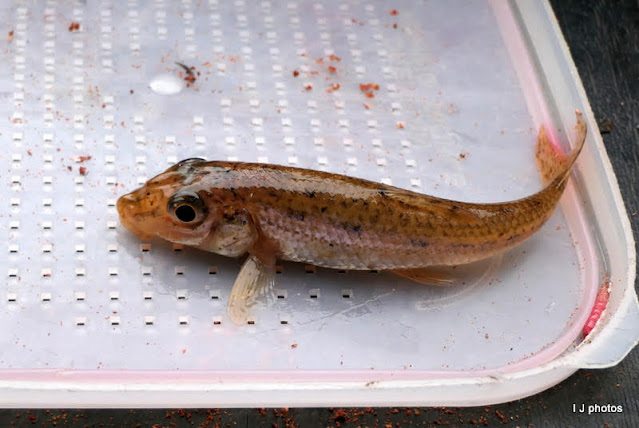 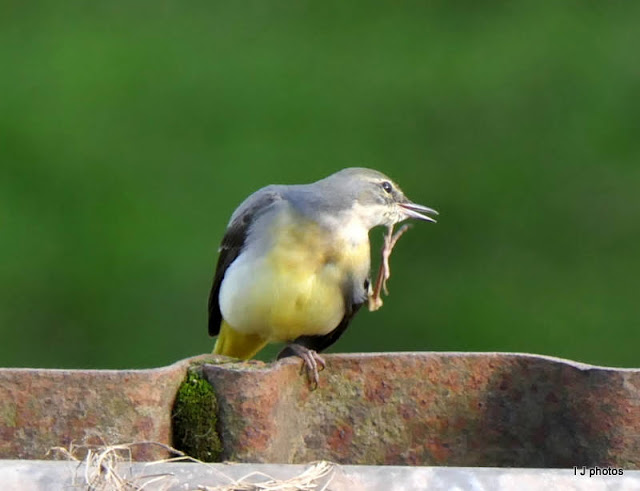 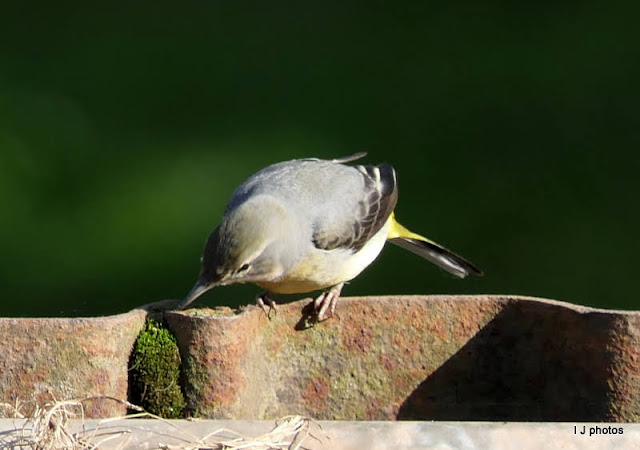 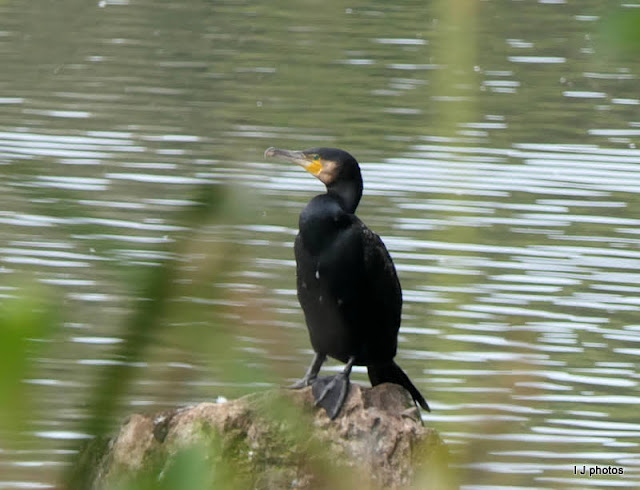 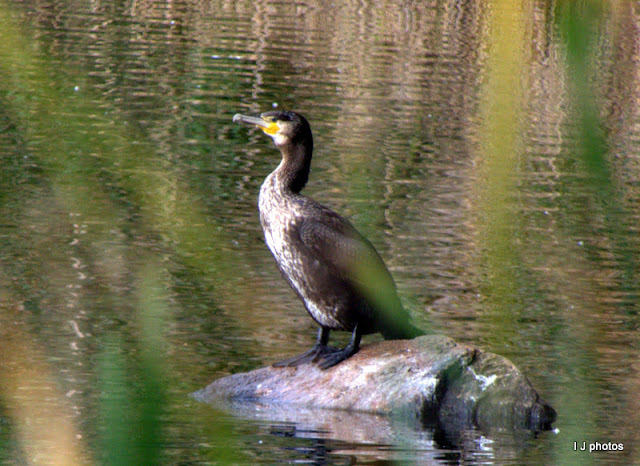 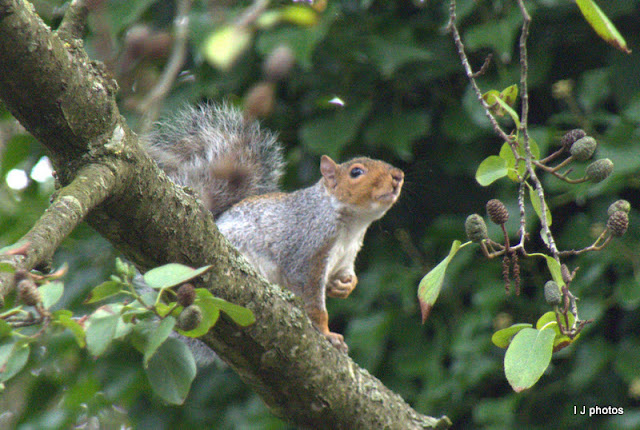 Posted by Ian and Irene Jameison at 7:00 pm