What a noisy start to the day. Mooring right by Aston Marina this place was a magnet for Canada Geese. There must have been well over 50 all overnighting in the grass areas by the entrance. When one started it was like a signal for the rest to all join in and boy were they loud! And then more flew in to join them. So many have now been seen all along the T&M and I'm beginning to wonder if these birds are becoming a pest. Still, getting up early meant the reflections as the sun rose over the horizon was a sight to see. 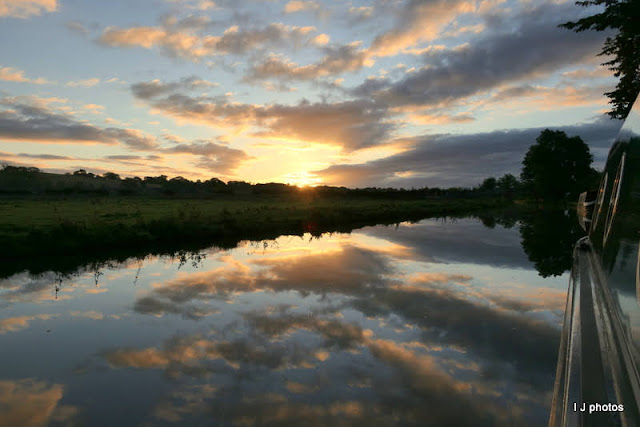 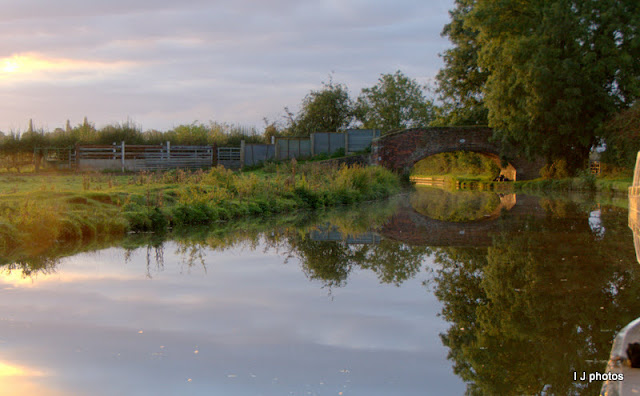 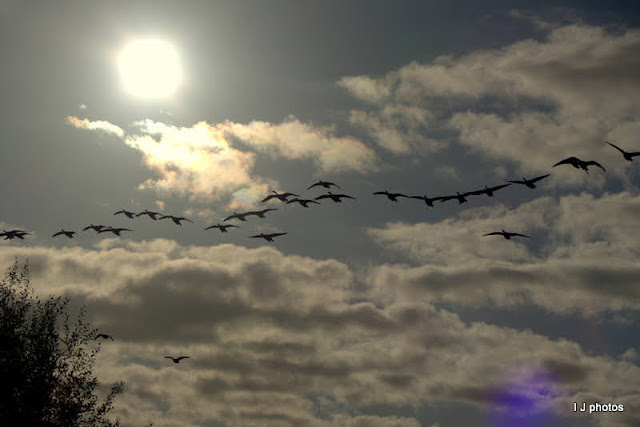 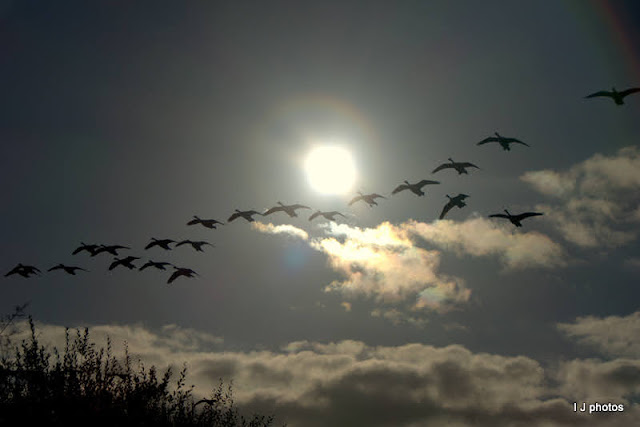 Cold dogs for breakfast this morning. For those that has never heard of this, it is the leftover sausages from last night's meal. Yummie with fresh homemade bread, butter and lashings of tomato ketchup. After the feast we set off for Aston Lock, literally 5 minutes further along the canal. I could see a chap at the top and thought the lock to be in his favour, but a hand wave from him indicated that we could proceed and take the lock. 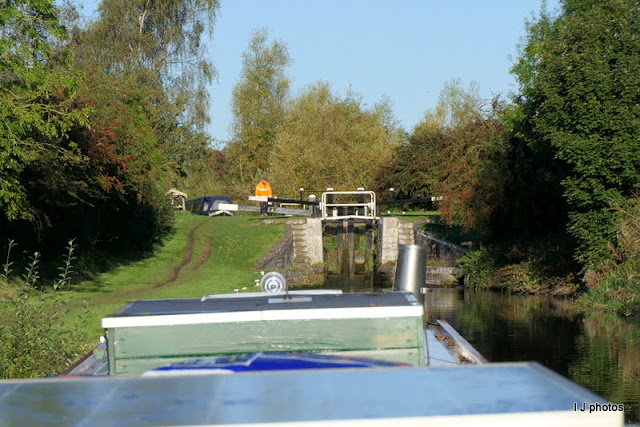 I have admired many boats in the years of travelling the waterway, especially some of the elaborate designs on the cabin sides but I think this one beats them all hands down.

Through Stone and up another 4 locks. The main line railway is now very much our neighbour although it does occasionally head away from the canal. 9 miles of it until we reach Harecastle tunnel. Until then moorings will have to be chosen wisely.

Meaford locks were the last to be done today. Another 4 and all within walking distance. Between the first two locks the water levels were low.

Got ourselves moored just after Barlaston on the long stretch of visitor moorings. Of course,  I went fishing leaving Ian to sort out the satellite. Well, three times my fishing session was interrupted. A blooming great tree in the direction of the satellite was the first reason to move and literally only by a couple of feet. FS secured and fishing resumed. Then, Ian said "It's still not right." With the signal achieved, flashes of light kept interfering with the picture. Convinced it was still that tree, we untied FS again and moved further along. Got the stern secured once more, but Ian still wasn't happy. Those flashes continued so untied yet again and moved another few feet. By now I was getting a bit peeved and not sure what moving any further would achieve and told him in no uncertain terms that this was to be the last time. The TV still wasn't right and by now Ian thought the satellite receiver must be at fault, but then...a moment of inspiration. Could it be a dodgy connection from the TV to the Freeview box and guess what...it was!

Back to fishing and moving may have been beneficial because Roach was reeled in time and time again and then finally, a fish I had been waiting for, a small Perch. 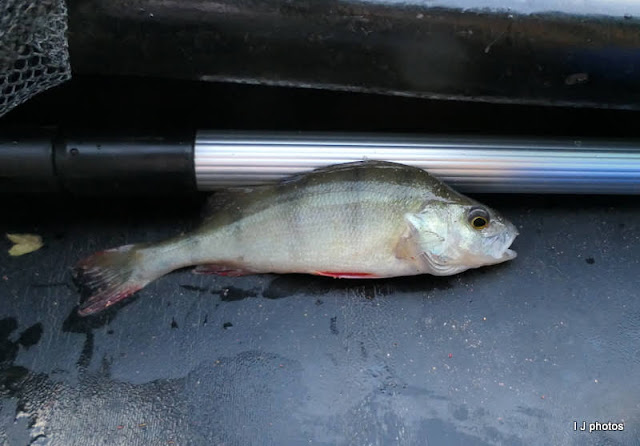 And today's wildlife and how lucky was I? 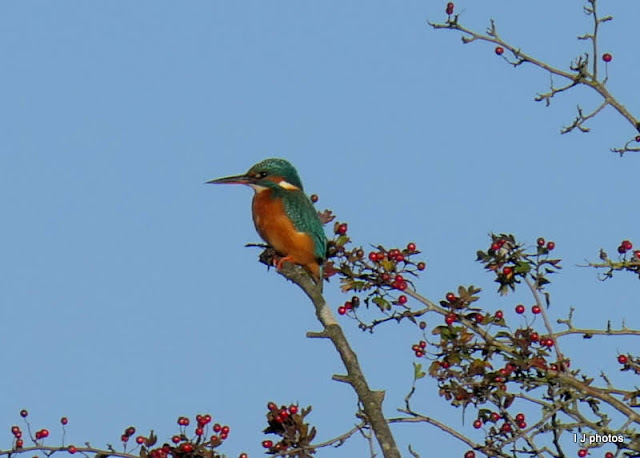 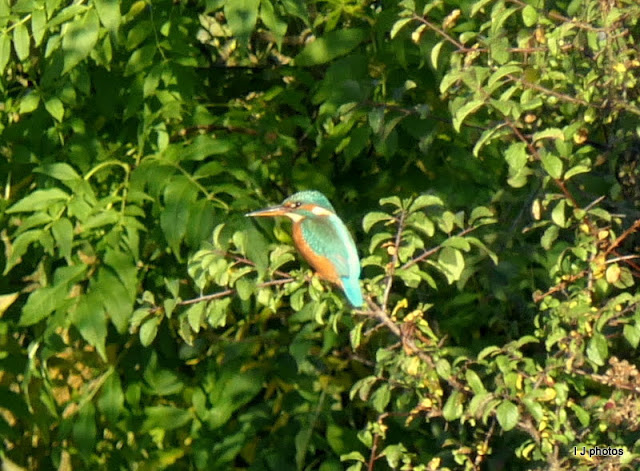 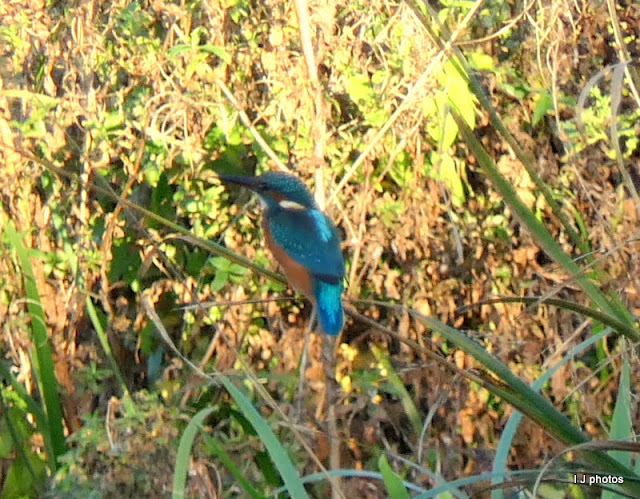 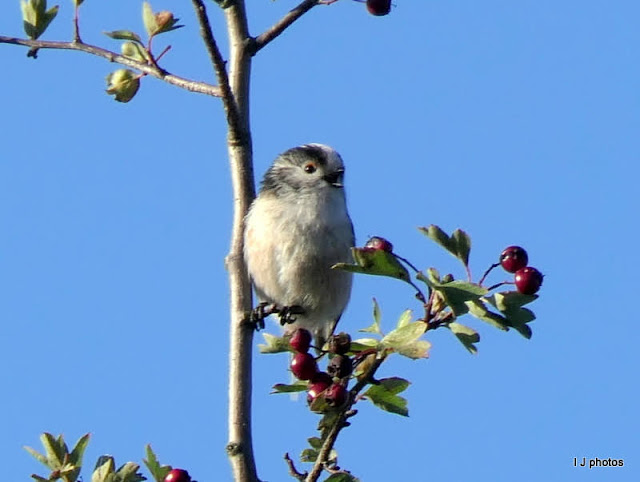 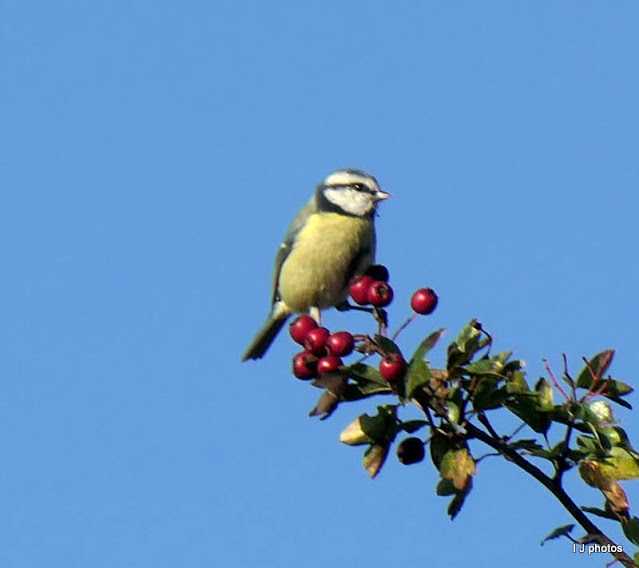 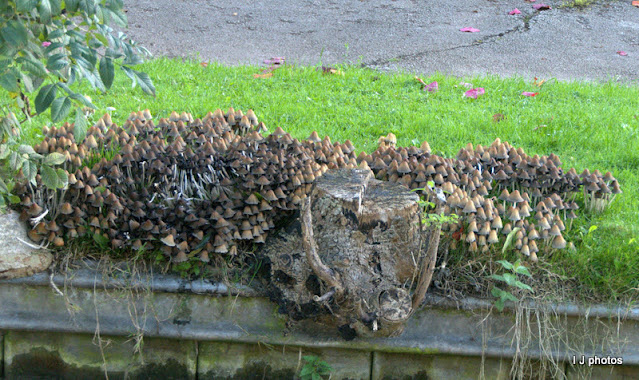 Posted by Ian and Irene Jameison at 6:57 pm