How else would you answer a phone?

This morning was wet again, a good excuse to stay in bed longer. And because we made that dash down the locks yesterday, we were now a good day ahead of schedule so deciding to wait until the rain stopped seemed like a good plan. But moving was a necessity because of the abysmal TV and internet coverage on these moorings. It's a good job we have a portable hard drive full of films otherwise we may have had to talk to each other! The chosen film to watch last night was Avatar. Fantastic film and hopefully a sequel will come out soon.  When the rain eventually stopped we set off for Wheelock facilities and then make for Rockery moorings, only about a mile further along.

T'was a good day for inside boat cleaning. I'm ashamed to admit it's been nearly two weeks since I put a duster to the shelves and with the stove now lit, they certainly needed it. By the time I had finished washing walls and floors, two hours had passed. The weather had improved greatly so after lunch I went fishing again. This was another good fishing spot, a mixture of good-sized and medium-sized roach. But then it all changed and went from one extreme to another. I mean on one cast I land a decent sized roach and on the next a blooming stickleback! The maggot was nearly as big as the fish! 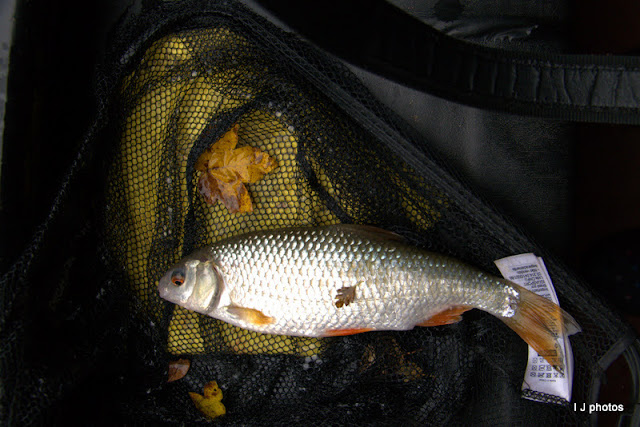 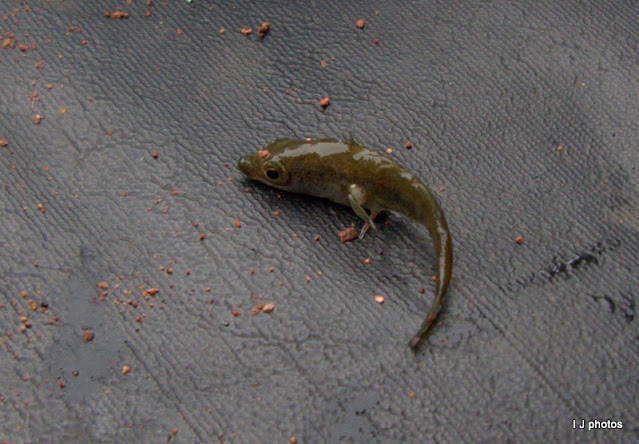 There was a lighthearted moment when a chap on a hire boat came around a slight bend in the canal and forgot to move the tiller. He ploughed straight into the opposite bank and this mishap was done right in front of me too. I did laugh as he did also. "It's only our third day on board" said he "And I think I'm getting the hang of it." "You'll be an expert by the end of the week" I laughingly replied. 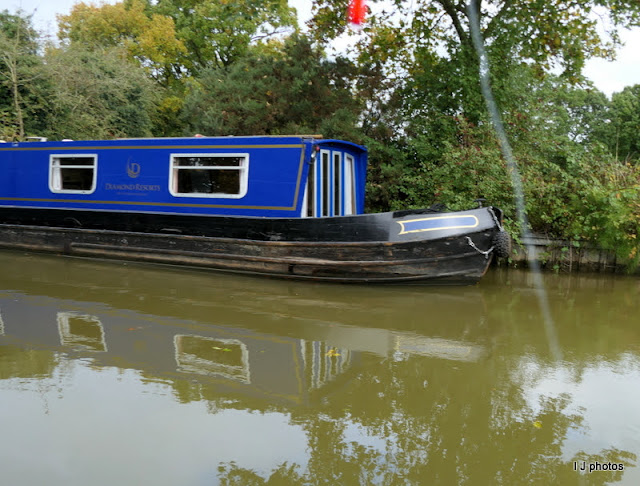 But he wasn't the only one to head for the opposite bank. This chap, also new to boating, did the same thing when he saw us approaching the moored boats. Ian went into reverse and beckoned him on, it became a stand-off with neither knowing if they should proceed. So in the end Ian took the initiative. Thanking the chap as we passed by, he then admitted he was a newbie and hadn't realised Ian was telling him to proceed. Do we need a universal type of hand signal other than the wave? 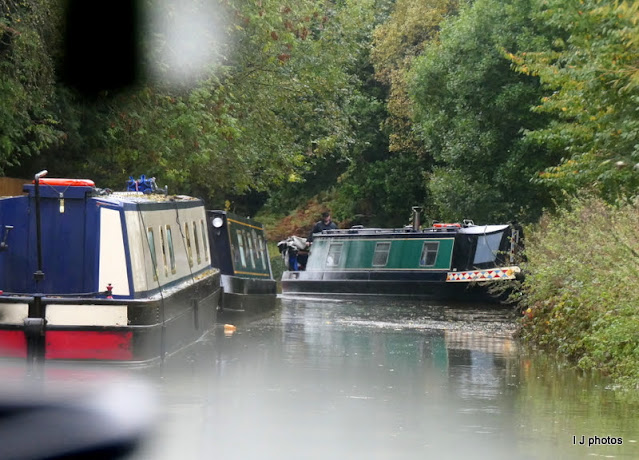 This afternoon I did something that made Ian raise his eyebrows and shake his head in disbelief. Look... I'm sure I'm not the only one to have answered a mobile phone the normal way, only to hear laughter from the other end saying "Mum, mum, this is a video call but all I can see is your ear!"

Posted by Ian and Irene Jameison at 6:12 pm

Technically 3 short blasts on the horn (I am in reverse) is the correct signal I think, but that is probably even less known than a hand wave !

Your right Alf. Never gave that a thought although on rivers we use the horn signals when needed. Not many hirers or new boat owners would understand that signal. Maybe we all need a waterway codebook. (: