. Crikey, thats one very big bird by the feeder!

Disheartened, that was our mood today.  What has happening to the old ways on the cut? Back in the days (40 years ago) it was drummed into us every time we hired a boat that slow passing moored boats meant knocking the revs right back and travelling at snails pace. Nowadays, it seems this is no longer the case and it's not all hire boats that are the culprits. No, in fact there are an awful lot of private boat owners that seem to think slowing down does not apply to them.

Ian was in the galley preparing to make bread (he does make a good loaf) so it was left to me to get us underway. Engine fired into life, tiller on and back rope loosened, bow rope was next but here lay a problem. Ian always puts on a spring at the bow and boy did we need it last night. Boat after boat went past with no idea what tickover was. So even with a spring, FS clattered and bounced and all we could hear was the continues squeak of the cladding pins moving about. Now, we always try to find a bolt to put the pins up against. It stops them sliding through the cladding and getting jammed. Last night though, one of the 'spring' pins would not go through the bolt hole so consequently he had to use the next available gap. This morning then, when I went to remove the pin it was jammed....and I mean jammed.... solid! Ian had to stop his bread making to come and help and the only way the pin was removed was by using a hammer and the crow bar to open the gap slightly. Not the done thing as this could damage the piling but very necessary because of those speeding idiots. But just think what else happens to a moored boat when someone doesn't slow down enough,

Oh, and by the way, tickover is a slow walking pace, not a brisk one! 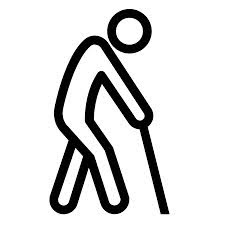 Back to the rest of today then.

This part of the T&M towards Stone is very rural a most pleasant to cruise. Even Western and Sandon locks were in our favour, no queueing at all. There were however, boats waiting at Western lock to descend. Two very nice and jolly chaps helped us up, one even commenting on how many small nuts we had! Gosh that's a bit personal I said laughingly to Ian. They did mean the amount of coal we had in the well deck, though. 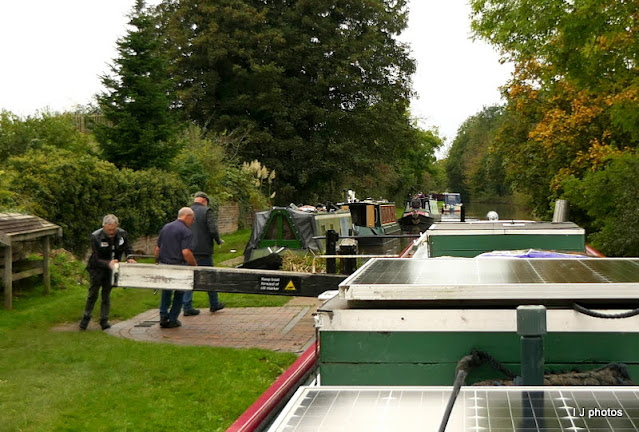 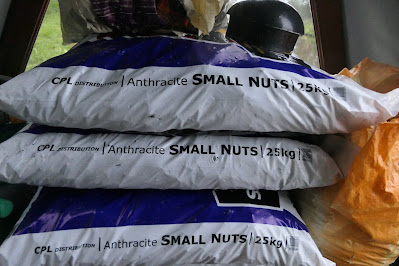 Having left the lock I was very baffled when the third boat in line pushed away and took the lock. Mentioning this to Ian he enlightened me by saying all three boats were travelling together and this leapfrogging action was done at every lock. 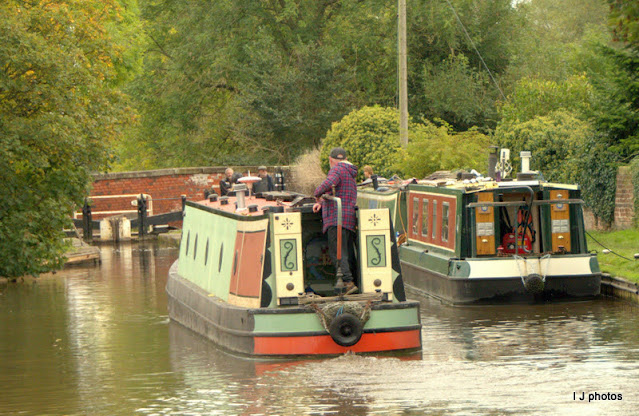 A sight greeted me as I steered FS away from the lock. In fact what caught my eye was a swan in a back garden. Drawing closer I realised why it was there. The house owner had put up bird feeders but instead of it being high up, was low enough for the swan to reach. 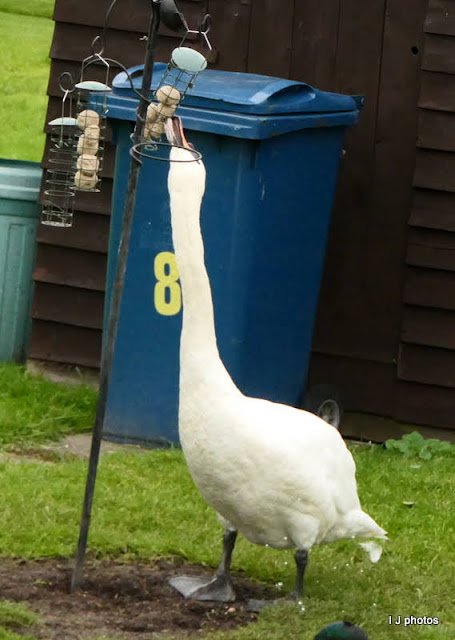 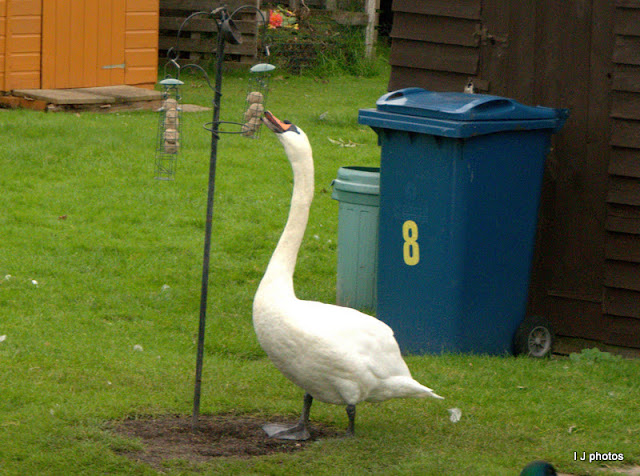 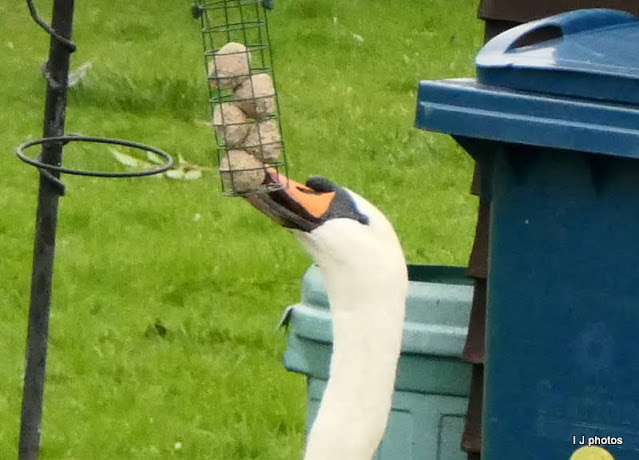 We stopped before Aston Marina, we didn't need to ascend Aston lock today. We are so ahead of schedule now that a three-hour daily run is all that is needed, we just have to make Bunbury by the 22rd 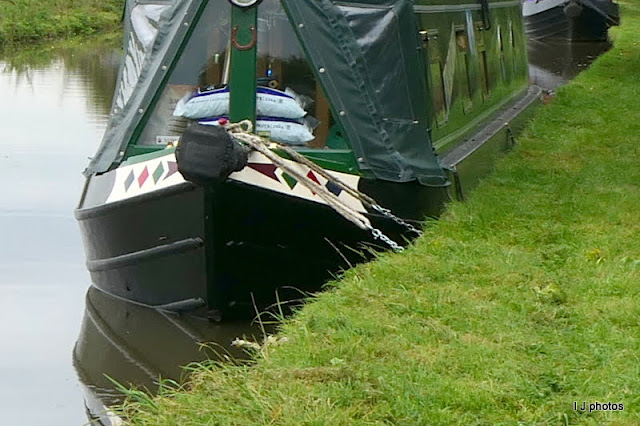 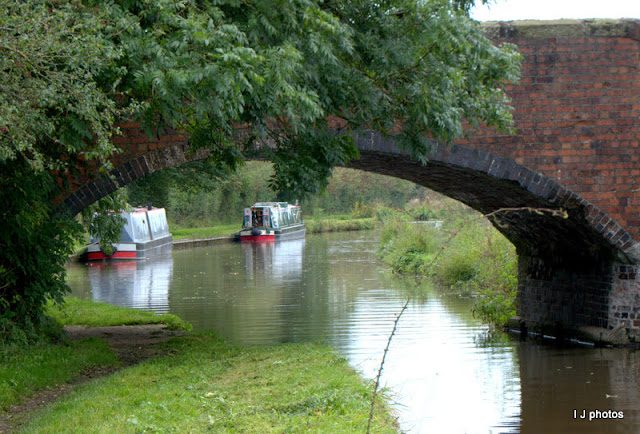 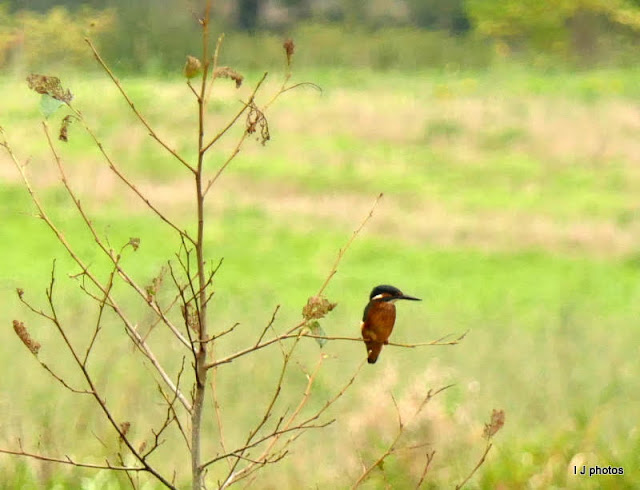 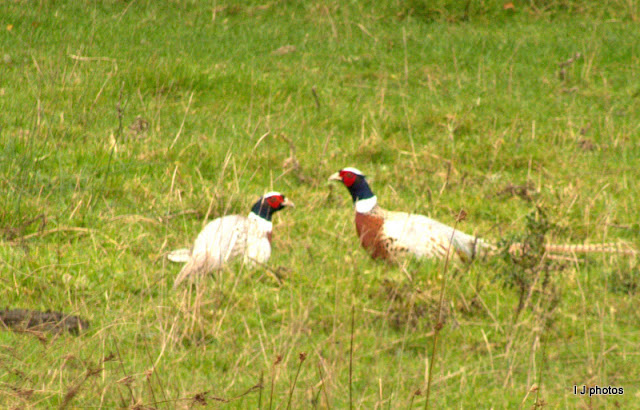 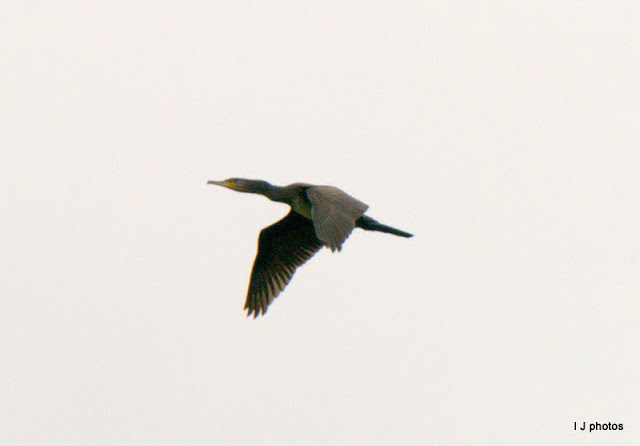 Posted by Ian and Irene Jameison at 6:36 pm