Okay, maybe I made too much of all that noise last night. It wasn't as bad as I made out because that spaniel did stop after being let out and by the time we went to bed, hardly another sound was heard.

The Farne Island cruise had been booked for 10.15 am. We arrived in Seahouses public car park by 9 am, good job too because it was filling fast. By 10 am, we were waiting for the Serenity tours boat. I had my reservations about seeing those Puffins with beaks full of silver fish, because not landing on the island meant my photo opportunity would be reduced. I was right. Plenty of Puffins flying, some with their beaks holding numerous fish, but trying to photograph a flying bird on a boat rocking in sea swells was almost impossible.  This was the best of the bunch, 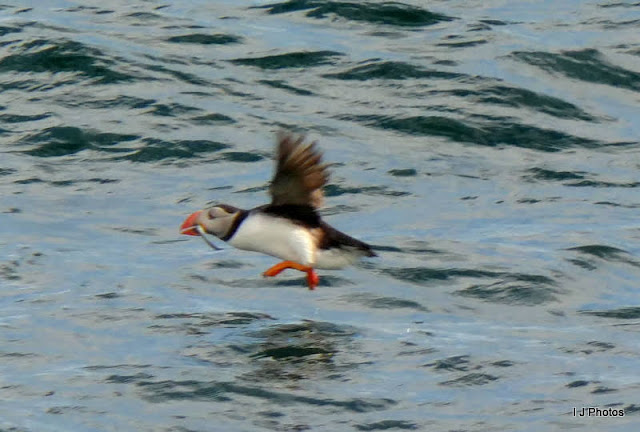 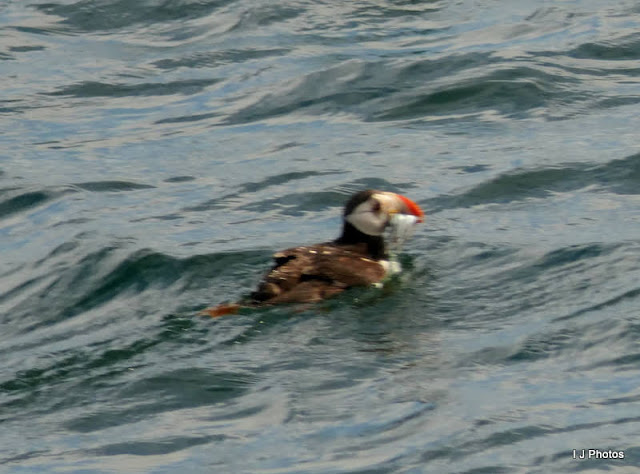 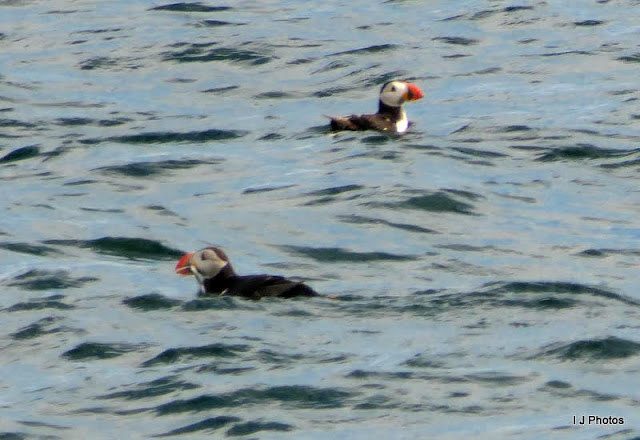 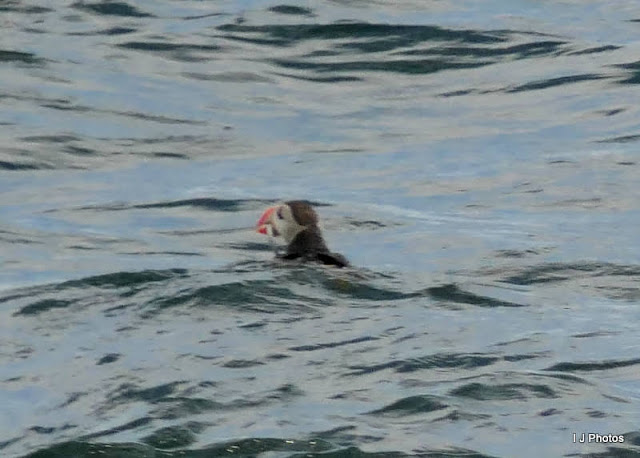 As we approached Farne Island, plenty of Kittiwakes, Shags, Razorbills, Puffins and Guillemots most with chicks and there was a good colony of Seals as well. We were also not alone, several other tour operators waited their turn to approach after the Serenity boat had left. 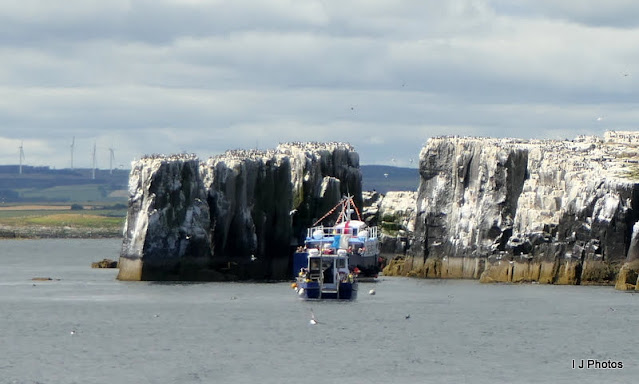 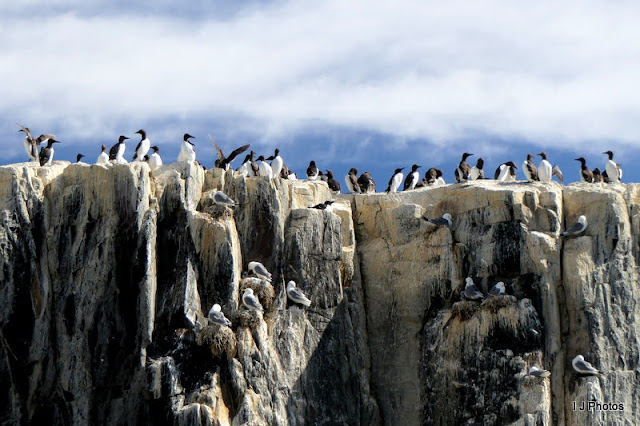 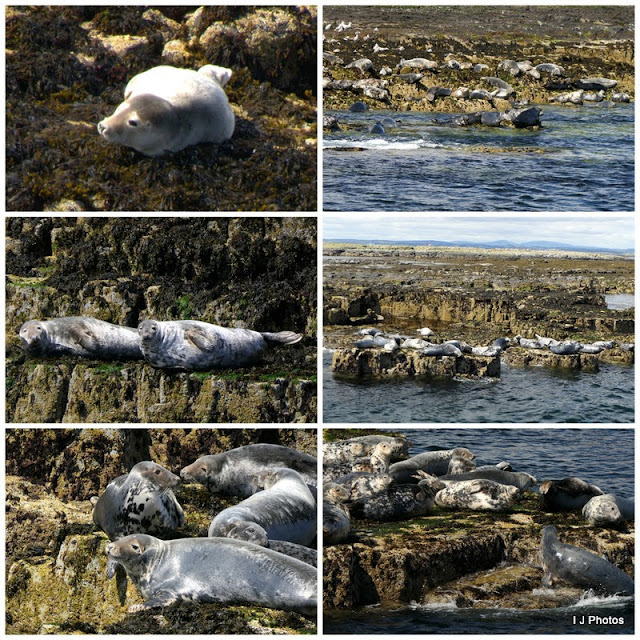 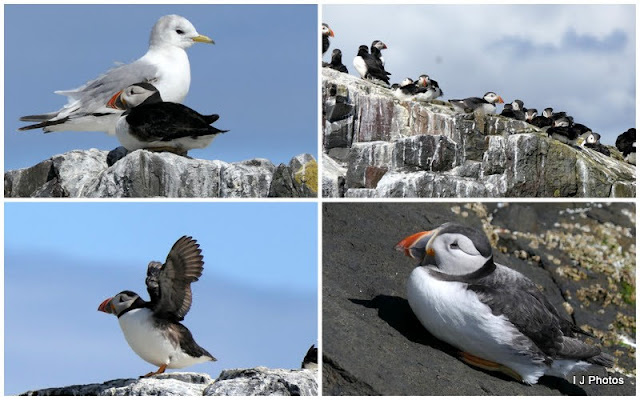 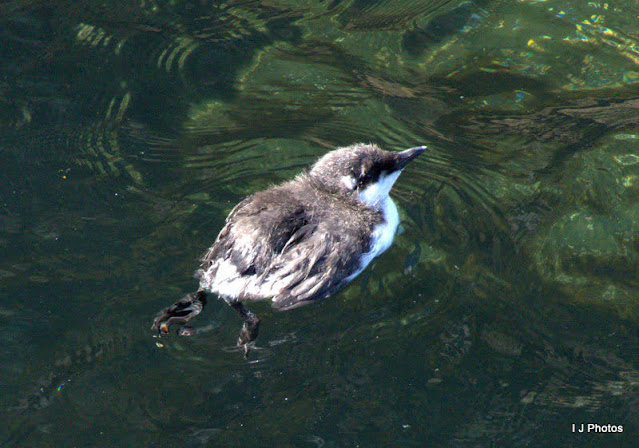 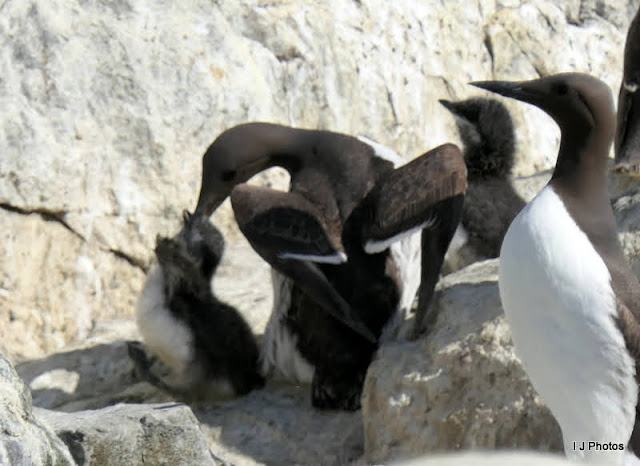 There were a few dead birds, a horrible sight, and I can understand now why the islands were closed. Not all birds died of Avian Flu, though. We watched as this gull snatched a young guillemot chick. 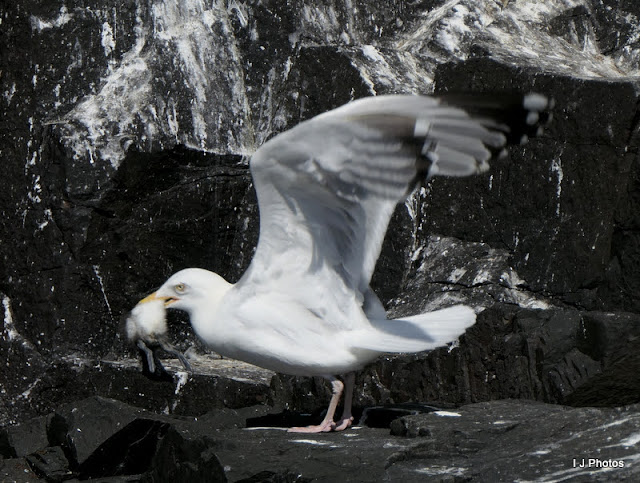 The two hours were almost up, so back at high speed to the harbour. I must say, although the cruise and commentary were excellent, I felt hugely disappointed that we couldn't get near to the Puffins burrows. My camera was just not man enough for those distances and blurred photos was the result. 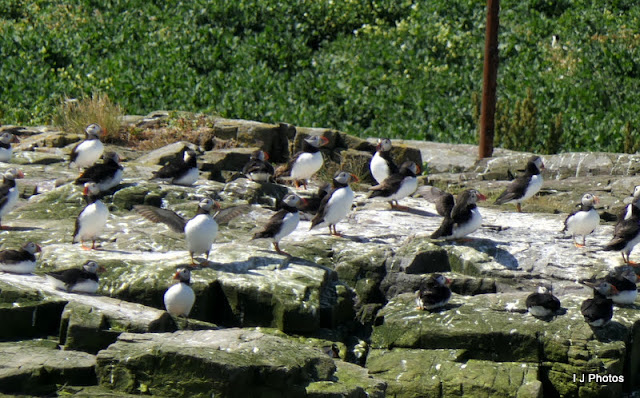 On arrival at the harbour entrance, we had a delay. One boat was waiting to go in, it meant the skipper having to keep the boat steady and of course it meant a greater swaying of the boat now that the engines had stopped. Some folk looked decidedly queasy! 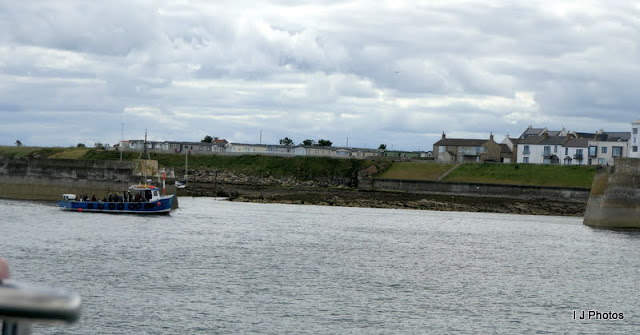 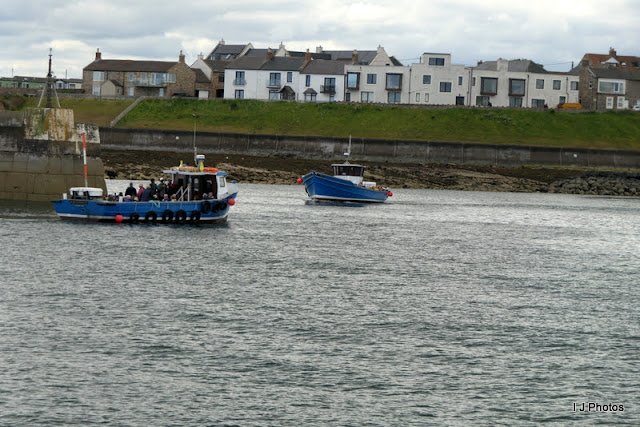 The reason for the wait, a boat was coming out. Surely there was room enough for both boats? When it was finally our turn to go in, the reason became obvious.

Only one landing site available because of low tide. Passengers had to be dropped off and new ones boarded before any other boat could enter. All took a lot of time, those new passengers on this boat had quite a wait! 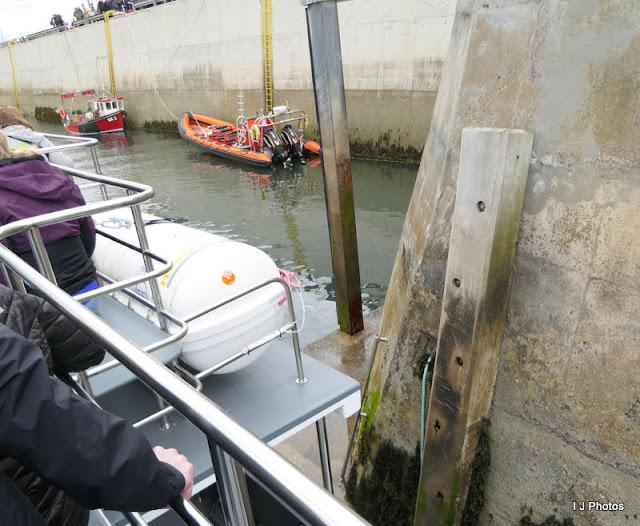 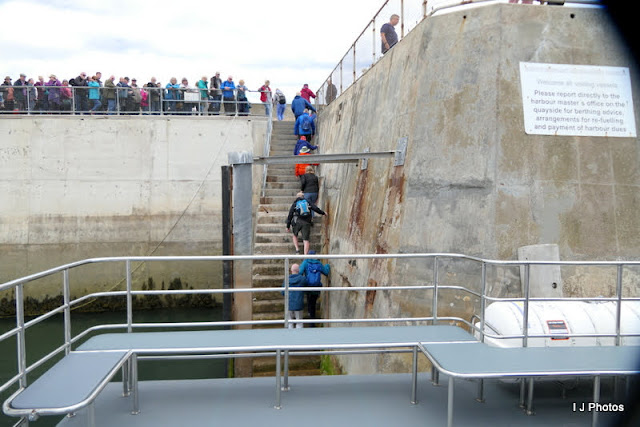 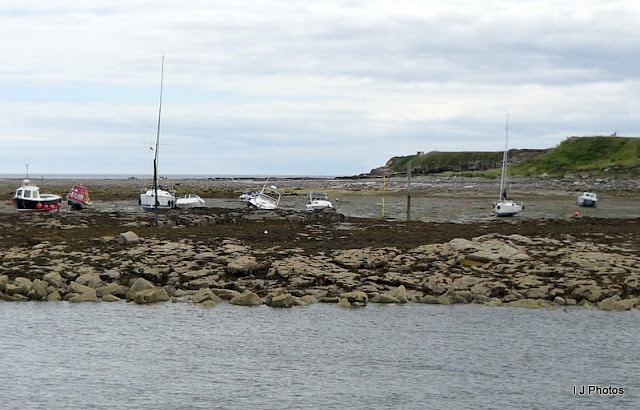 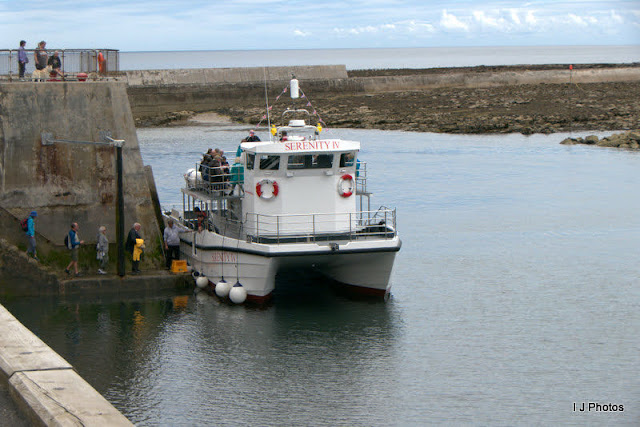 And a few more photos of the day,

Back to the farm for another night, but first we decided on a walk along the shoreline. It's those rock pools that I love, harp back to my childhood with a small fishing net. We found a slug, not that this is  World shattering news, but one in rock pools? More of that tomorrow.

Just wait till you get here in October, Irene Jameison, I am going to give you a sound beating for complaining of disappointment! How double dare you!? What a fabulous trip you had! Judging by the heading (misspelt ...) I thought at the very least Ian had fallen overboard!

And, by the way, just think of how you would have had to hold your nose, breathe through your mouth and hold the camera steady while protecting yourself from the terrible stench of the guano... We have friends who live down by the lagoons near Waikanae Beach and there are three large trees on one side of the lagoons and a couple of trees on the other side, that all have a large colony of resident shags. The stench from 5 trees' worth of shags is pretty horrible - fortunately they are more than a hundred metres from Bruce and Gary's! But some houses are within 20 metres - aaarrrggghhh!

When you are here and have recovered from the beating I am going to give you, I will take you down to B&G's and you can see the shags and the black swans as well.

Now, task number one is to change the title of your post to more properly reflect that fabulous things you DID see.

All my favourites on this blog, a variety of interesting rockpool creatures, Lighthouses and of course the endearing lttle Puffins, well done to you...and Ian.
Ann Makemson xx