What with cruisers and canoeists it's a wonder I've not had a heart attack!

Tad cool this morning, jumpers and jeans went on instead of shorts and T shirts. And another 7am start, seems this is beginning to be the norm for us at the moment traveling for about 4 hours before mooring up. It's the only way we can guarantee a mooring at our chosen destination.

After yesterdays excitement of the family visit, we thought today may be a bit of an anticlimax. Not to be though as we certainly have had some heart stopping moments, one by London Road bridge which happened to be after a particularly sharp right hand bend. Bridge 'ole looked to be clear as I came round until suddenly, appearing through the bridge from my right, a cruiser. I did panic massively slightly and threw FS into reverse, clouds of smoke came from the exhaust and then, if Vixen didn't suddenly arrived behind us. Goodness knows what Dave thought when he came round the bend to see FS's stern coming toward him instead of away!  More clouds of smoke from Vixen and no doubt some choice words from Dave too! And what of the cruiser??? He also had managed to stop and reverse. So there were we, not knowing who should go first as both of us were waving madly to each other so I decided to make a move first, but he also had the same idea and he made a move to come through so both of us reversed again!!! Well talk about doing a boat tango!! First one then the other! In the end, with me waving frantically at him, he eventually came through. No time for a piccy on this one as I was too busy trying to sort FS out so I've taken a photo from Nicholsons to show the bend instead 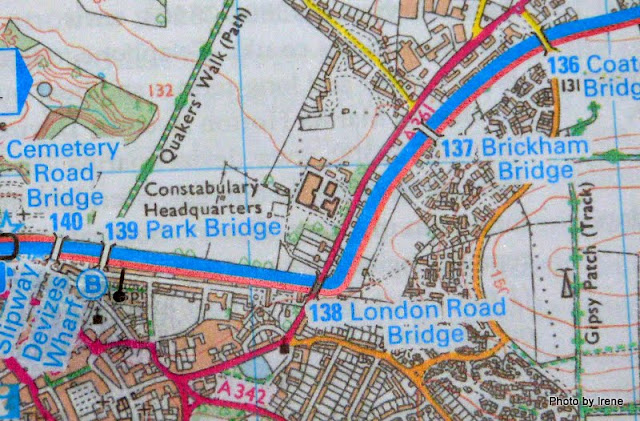 From Pewsey to Devizes we have been inundated with canoeists. Some I'm sure with a death wish as they overtake traveling boats coming our way and we only just miss them. Evasive maneuvers have been called for many a time!


Again at one point I had to do an emergency stop. Two girls very nearly got squashed between a wide beam, heading toward us, and FS and on another bend to boot! They were laughing saying they had only ever canoed on the water without bends!!

Then the same overtaking canoeists earlier, overtook us this time, and as he got to a moored boat.... just fell in!! We were still coming toward him, although this time we put FS on tickover. Then blow me down if he doesn't push off from the bank as soon as he had got back into his canoe just as we drew level. Good grief what have we done to deserve all this!!! 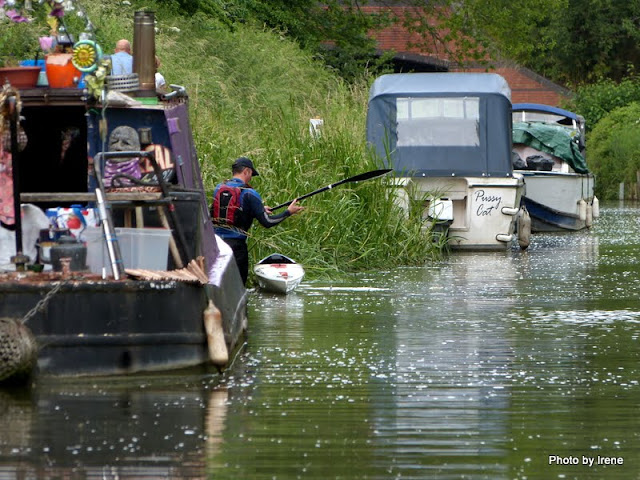 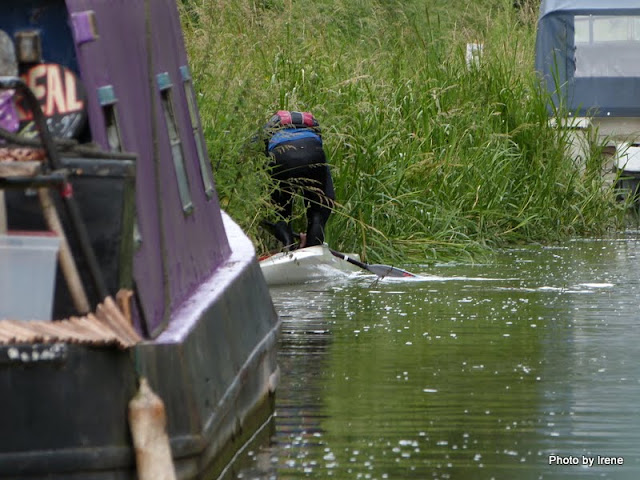 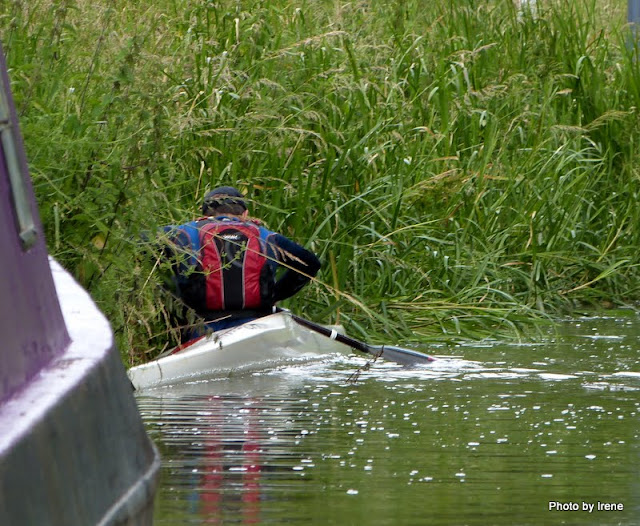 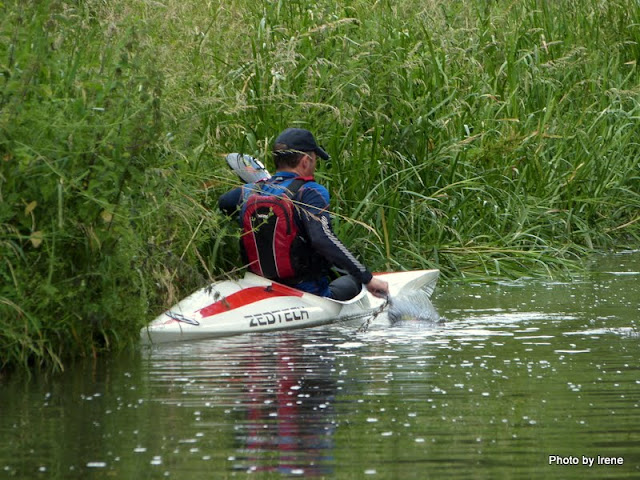 Getting to Devizes was a relief and even more so when we found two spaces for FS and Vixen to fit into. Had we arrived 20 minutes later we could have pulled onto the 72 hour mooring opposite as a wide beam vacated the space. Wasn't left empty for long as a hire boat was very quick in claiming it!


Since about 3pm it hasn't stopped raining. Glad we got moored up when we did although we rather hoped to give Devizes wetherspoon's a try later. If it doesn't stop then baked beans on toast will be Ian's dinner tonight! Oh and we noticed another blogger on this waterway. Nb Futurest. moored on the opposite side. Yet to meet and say hello. Hope we get the chance before we leave tomorrow.

And a few photos of today's journey,


Posted by Ian and Irene Jameison at 5:34 pm