Blooming 'eck! How close is that train to the lock! And another difficult mooring

7 out of 10. Thats what we gave this BBQ site last night. Yes it had plenty of the shade, yes it was away from the towpath so not to hinder dog walkers and cyclists and yes it was almost level to place the BBQ and table. On the downside, the view left a lot to be desired and trains thundered past with amazing regularity. 2 Ltrs of scrumpy was supplied by Dave and Heather, and drunk with much gusto and enjoyment, which made us all a bit silly especially as we ended the evening playing UNO outside! 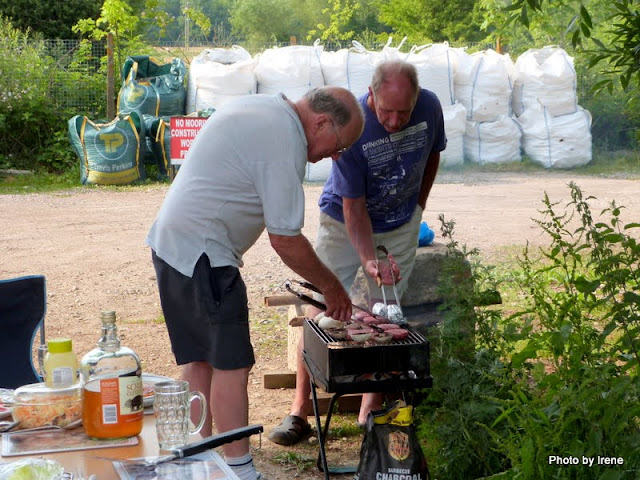 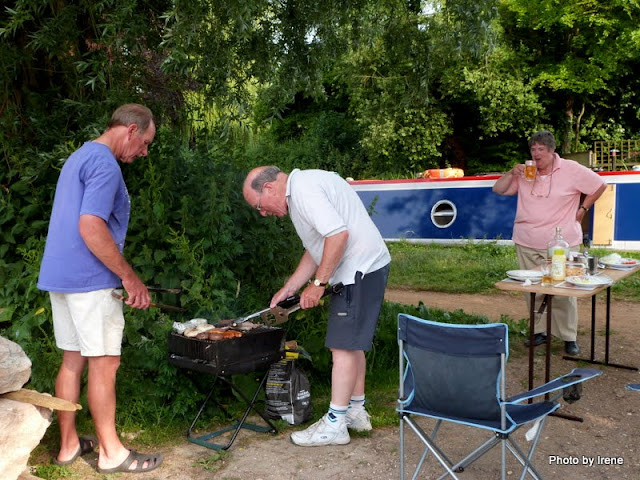 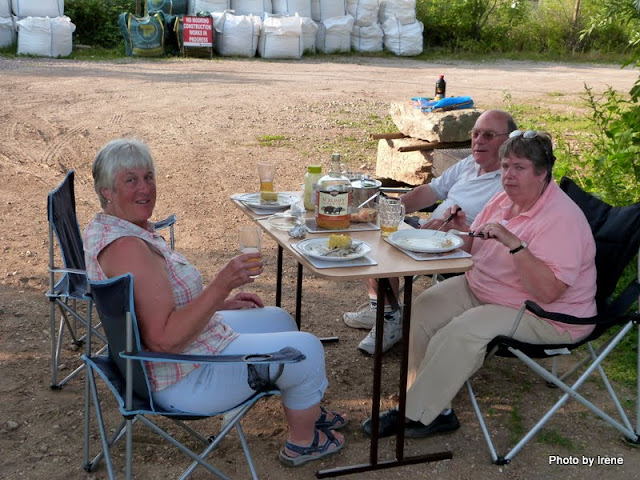 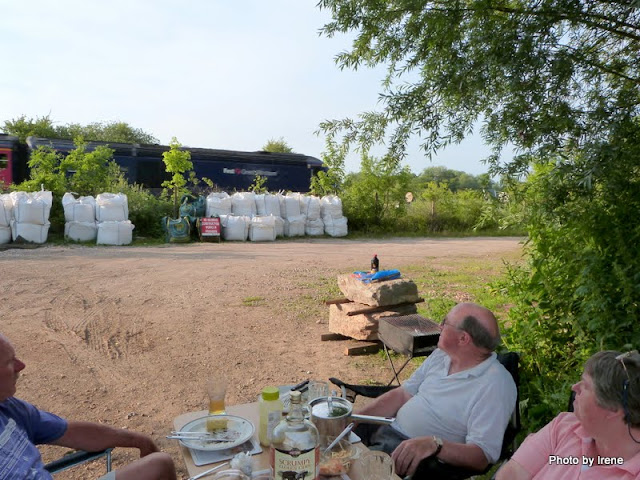 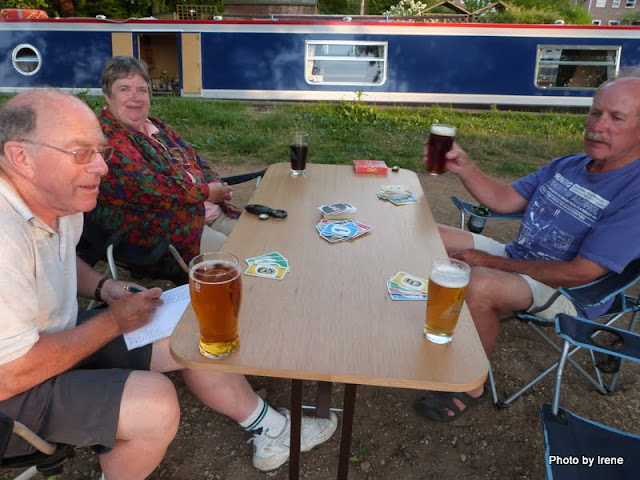 Had a lie in this morning, an extra hour in bed. We came to the opinion that if we left too early from Kintbury, boats would not have started moving away from the moorings in Hungerford. And we needed a Tesco shop!! So leaving at 8am instead of the normal 7am gave us more of a chance. At Hungerford their was a lovely stretch of ringed mooring, room for both our boats. Only trouble was the sign stateting 'trip boat has priority over moorers'. Slight dilemma as to what to do and then thought 'blow it'. 'Cant see a trip boat starting this early' so we ignored it and tied up anyway. Thankfully on our return no sign of any irate trip boat owners so congratulated ourselves on having the guts to moor there.

The locks now came closer together giving no time to unpack the shopping. At Marsh Lock a swing bridge was over the center of the lock. Did wonder why that was until Ian pointed out that access was needed either side for the farmers livestock to cross. 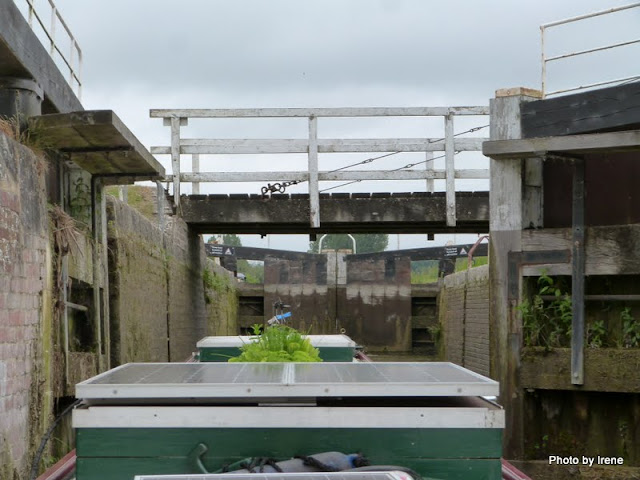 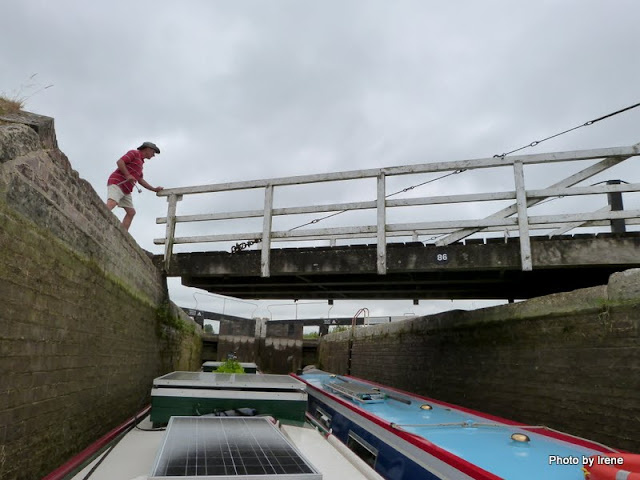 Then we came across this very sad sight at Cobbler's lock A beautiful derelict lock cottage. Roses still grew around the front and what an idyllic place to live. The windows were all smashed suggesting vandalism but all along this canal (apart from Reading) no sign of the usual rubbish or graffiti. 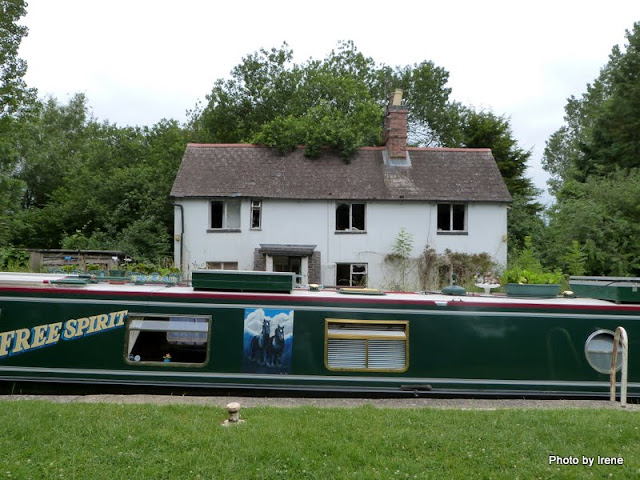 Having entered Froxfield Bottom lock and was waiting for the men to lift the paddles,  suddenly  from nowhere a train appeared and I got the fright of my life, so close to the lock it was, that I thought it was coming in to join us!!

By the time we reached Great Bedwyn we started to look for a mooring. The sky was looking very dark and rain was imminent. At Burnt Mill lock a lady told us not to bother looking at the visitor moorings 'cause they were all full. Not really wanting to go any further, Ian suddenly spied a large enough space in the reeds for us to get into. Whether we could get to the bank was a different matter. We did get moored but planks had to go out on Vixen so Heather could leave the boat, and a 3 ft gap had to be jumped by Ian to secure FS. I feel this doesn't bode well for finding moorings at Pewsey! 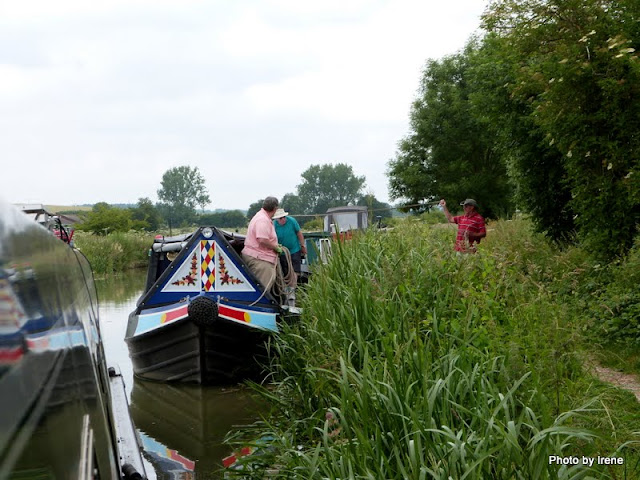 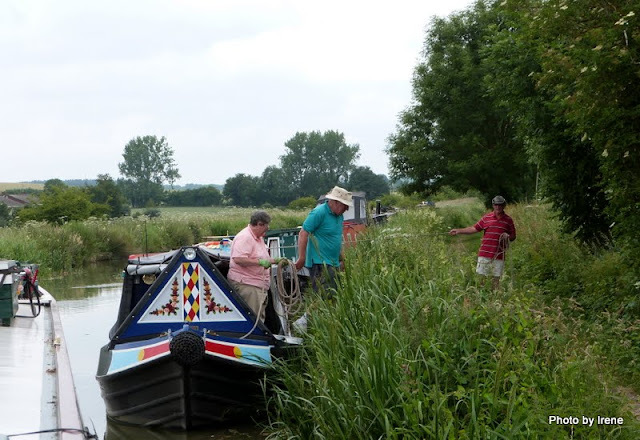 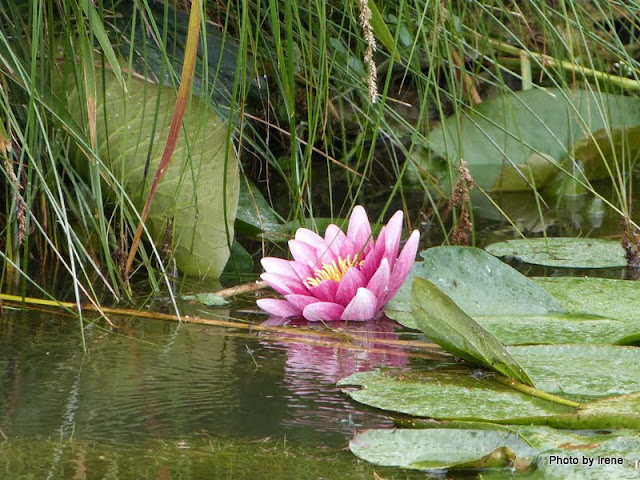 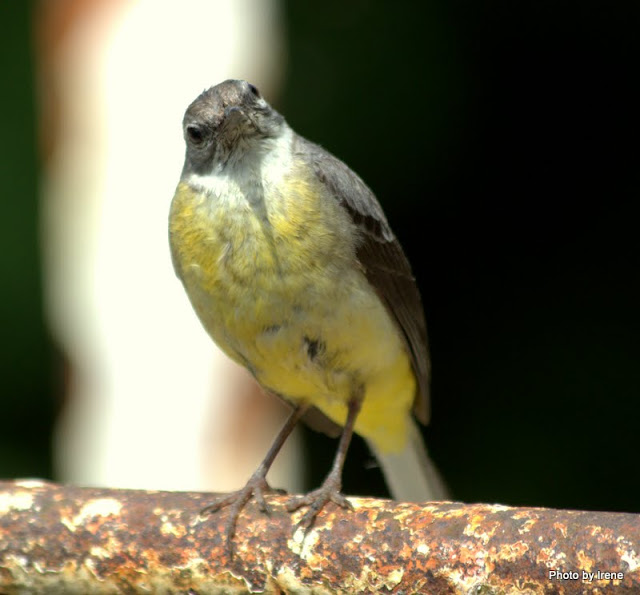 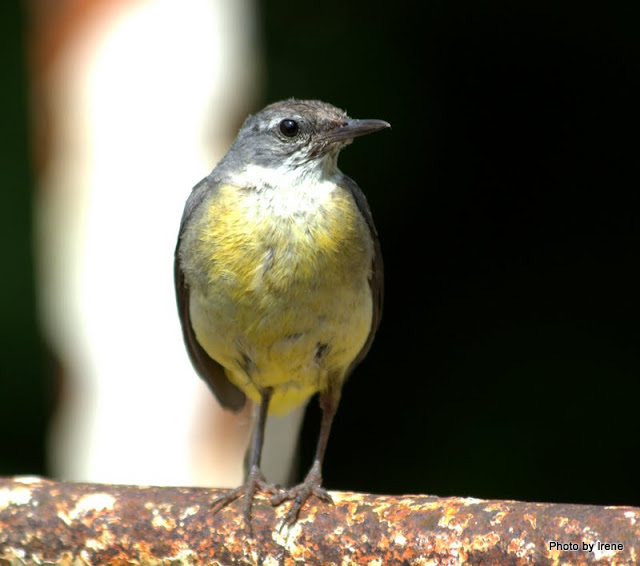 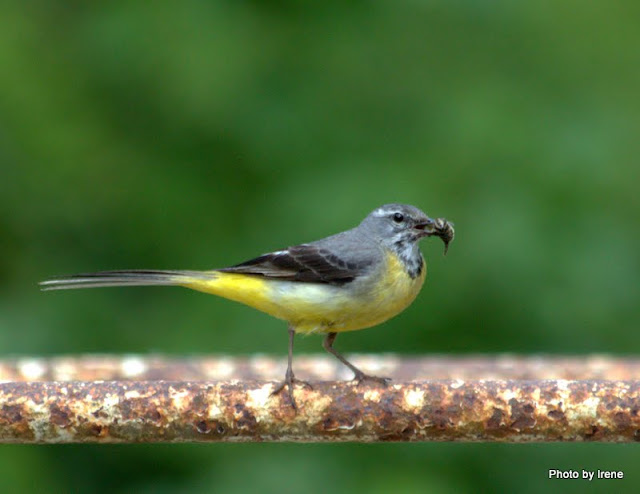 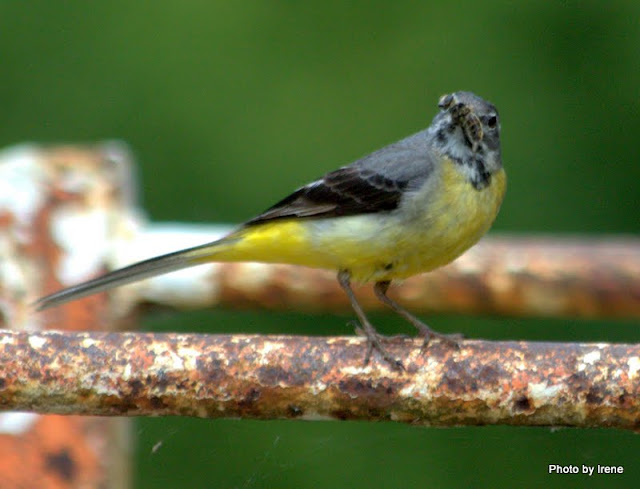 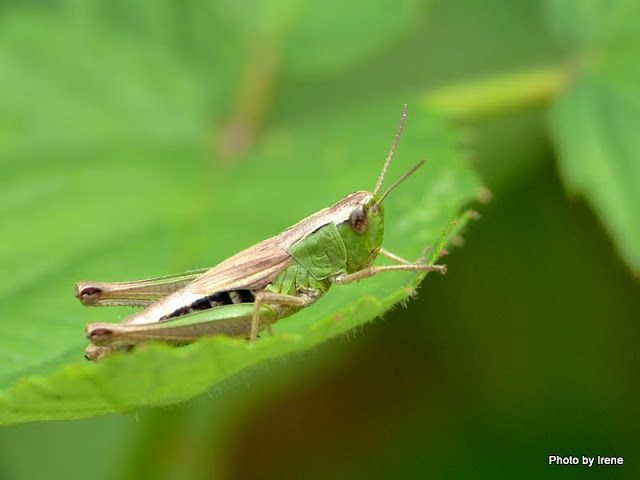 Posted by Ian and Irene Jameison at 6:43 pm