Storm Arwen arrived with a vengeance!

OMG...what a night!!! Storm Arwen had well and truly arrived. Twice we had to brave the elements outside, once at about 9 pm when we moved FS forward. Yep pins were pulled and only the torchlight to see by. W heaved on the bow and stern ropes to get her moving and it was all because of a bush! Only small so we didn't think there would be a problem but the insistent banging and groaning coming from the stern when the hull moved forward and back was annoying. It had to be from  an underwater branch 'cos there was nothing of any consequence above water. It was enough for us to decide this would be too annoying and sleep impossible if left.  And then by 10pm the gales really started! Solar panels rattled, top box lids kept lifting and the covering over the Houdini very nearly took off! (We have the cover to stop condensation, it acts like a double-glazed unit and it really works). Anyway out we went again to remove that cover and Ian placed a bag of coal on the top box lid That did the trick and then it was off to bed.

OMG again!!! That wind pushing hard on FS's port side kept tipping the boat toward the bank. In a way I was glad it wasn't the other way around because I very much doubt if those pins would have kept us anchored.  Both of us did eventually fall asleep only to be woken at 5am. More bangs coming from somewhere, could have been the chimney cowl and there was a wind whistle through the porthole window. It was also cold and even with the small travel rug over the quilt I struggled to keep warm. Only cuddles would help with that. So we got up and wow, a sight greeted us that we hadn't expected. A winter wonderland. Snow was still falling, so of course photos had to be taken. 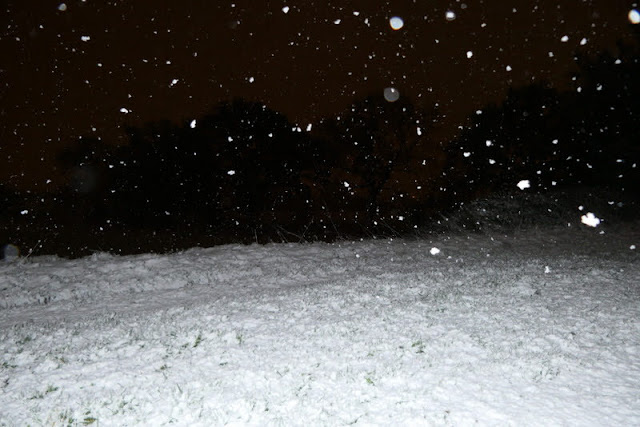 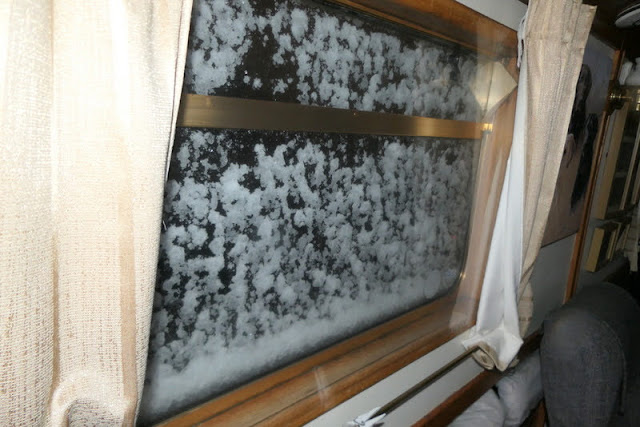 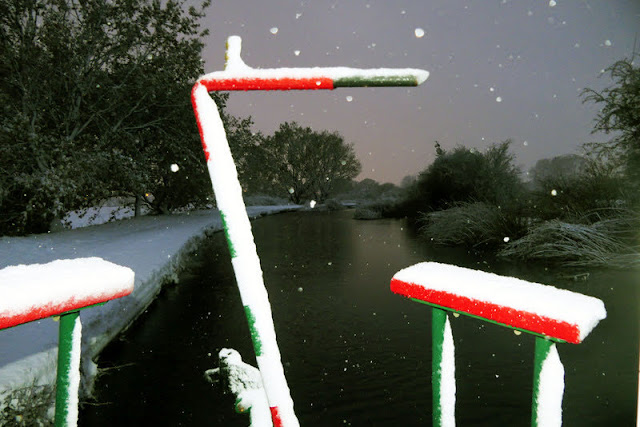 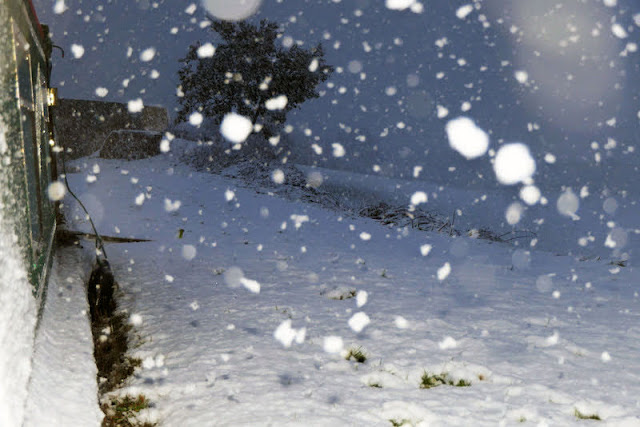 From then until roughly 9 am we had blizzard conditions. Ian reckons a good 2" of snow had accumulated on the ground. As soon as it stopped, wellies went on and out I went. 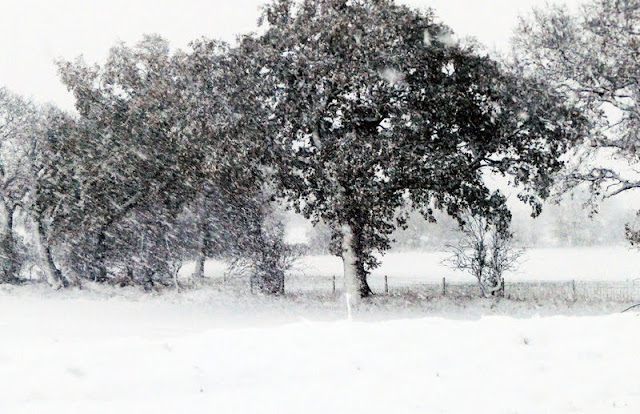 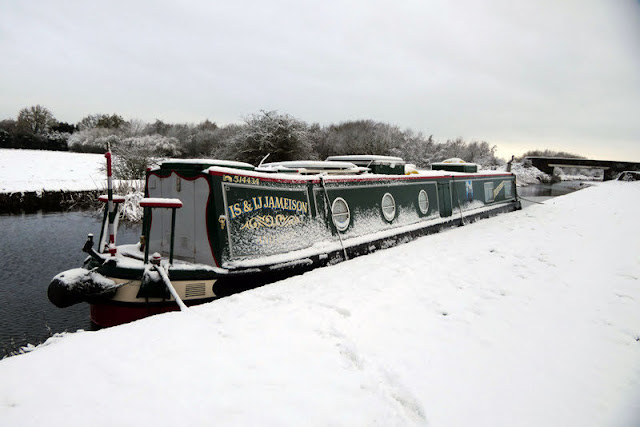 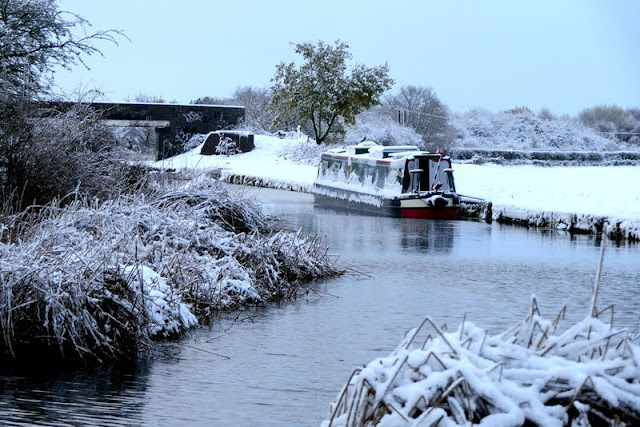 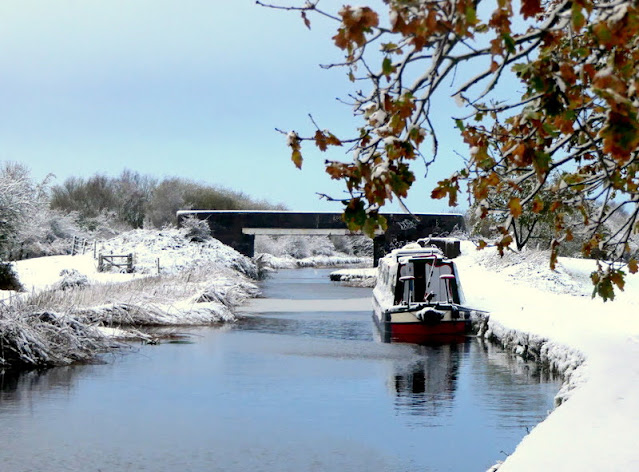 The temperature hasn't been above 2 degs today and leaving FS that wind chill felt a lot colder than that. The weather has improved, in fact the sun came out later this afternoon. The snow has started to melt but is still very much in evidence as the sun went down. 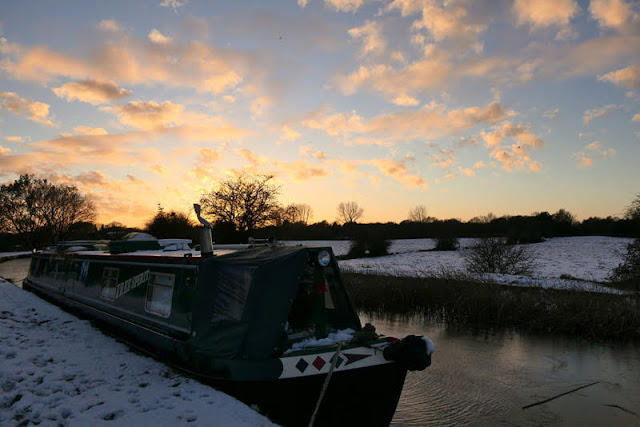 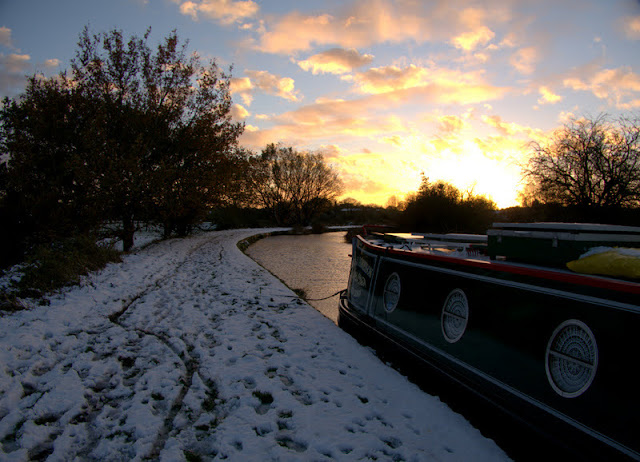 Tomorrow we should be travelling again, not really looking forward to that if that icy blast is still with us. Maybe we should stay for another day.

And one buzzard braving the elements 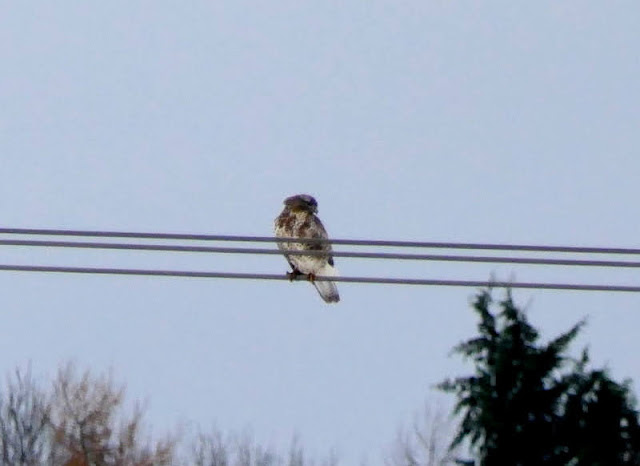 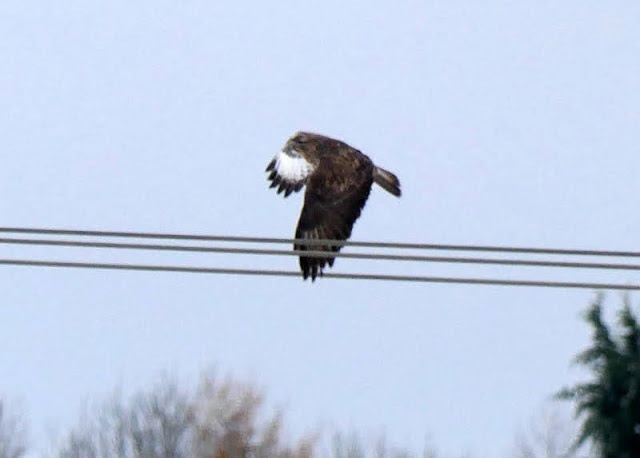 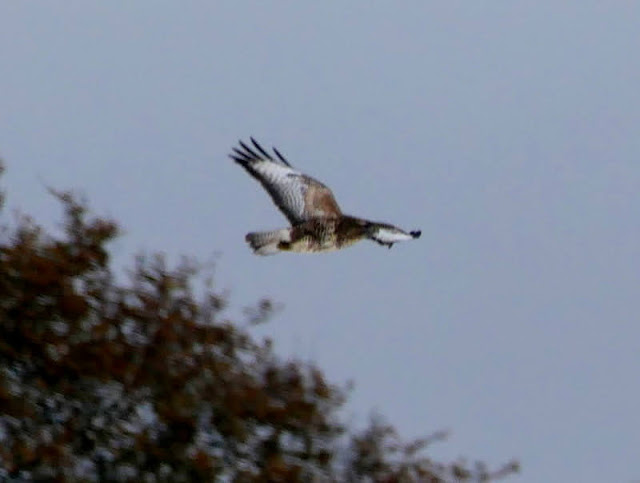 Posted by Ian and Irene Jameison at 4:08 pm

Thank you, Jaq. We are iced in now, not good when the facilities are several miles away!
Hope you are enjoying life away from the UK. I thought of you when we passed Barbridge Junction by the Middlewich Branch on the Shroppie. You were moored and we spent a couple of hours together. Gosh, that was in September 2018! How time flies.
Take care of yourself and Sending much love your way,