Wow look at this... lights, most unusual along a mooring. 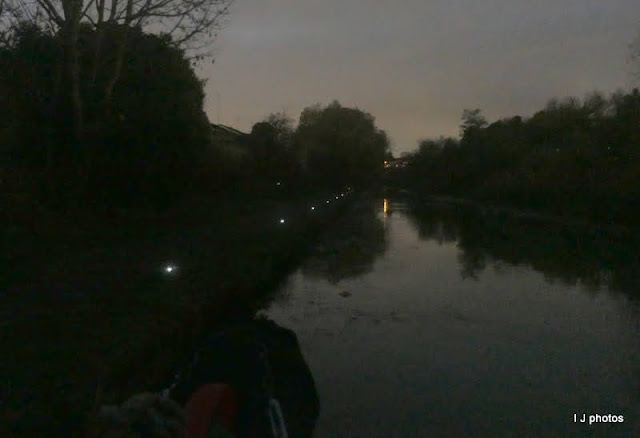 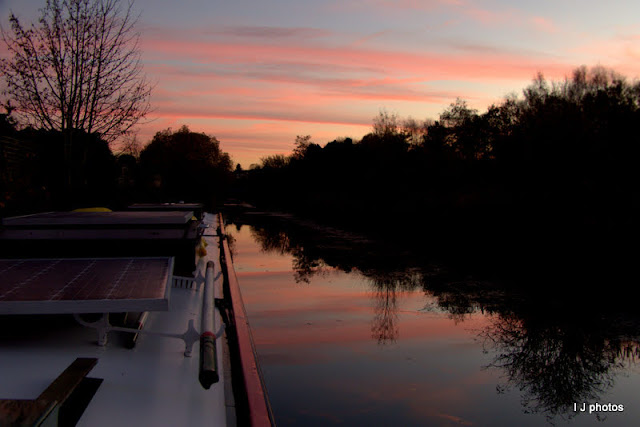 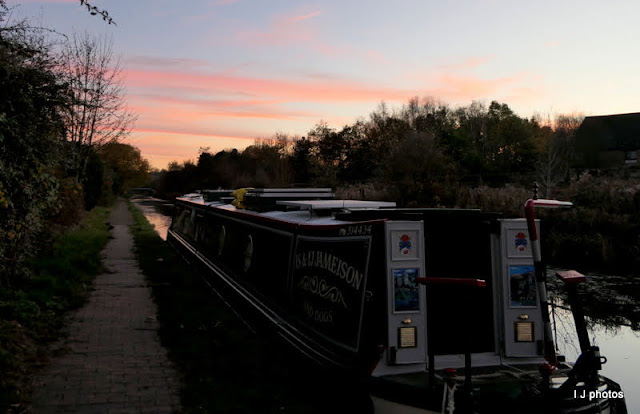 Titford Pools, it's off the Wolverhampton Line and the only part of the BCN we have yet to do.  It was decided then, to go past the Black Country Museum and head there first.

Through Coseley Tunnel, toward Factory Junction taking the right fork. 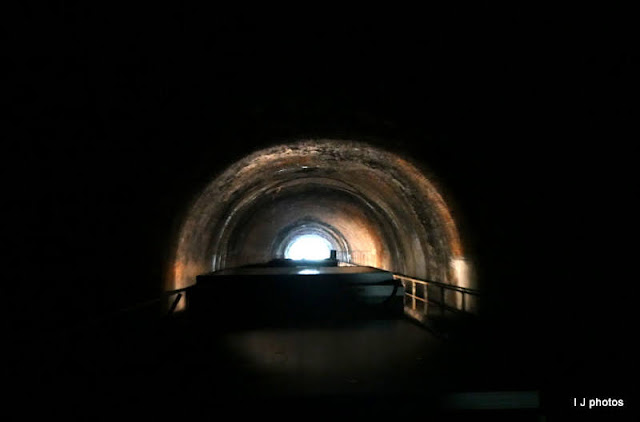 As we travelled under the M5, it felt quite surreal knowing those cars and lorries were thundering  overhead. A forest of concrete pillars. a tranquil waterway and those rushing above had no idea it was even there.  It was amongst the pillars that Oldbury junction came into view, a right turn toward Oldbury Locks and the way to the pools. 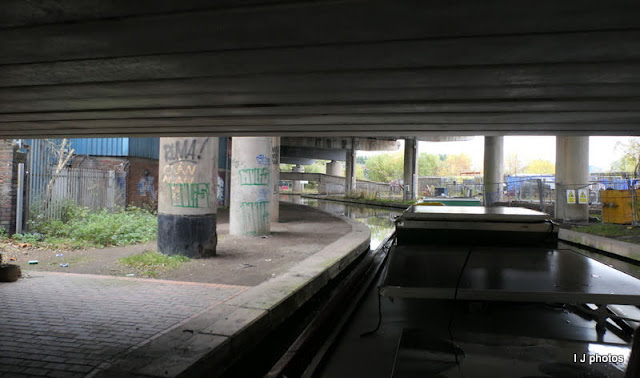 The turn off the Wolverhampton line at Oldbury Junction was not as straight forward as I expected as it goes ever so slightly back on itself and I chickened out doing it in one go, (the bank got to close for my liking) although I think I may just have made it with inches to spare. Oldbury Locks could be seen in the distance, I dropped Ian off and then noticed the smell of diesel. A thick soup of multi coloured liquid making patterns in the water, and just on this section too. Where had it come from? 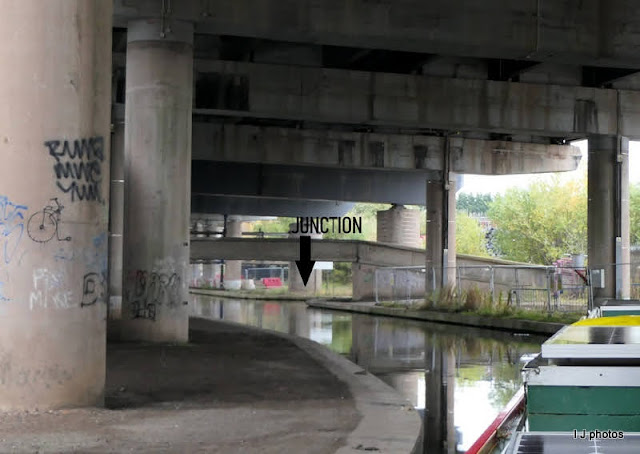 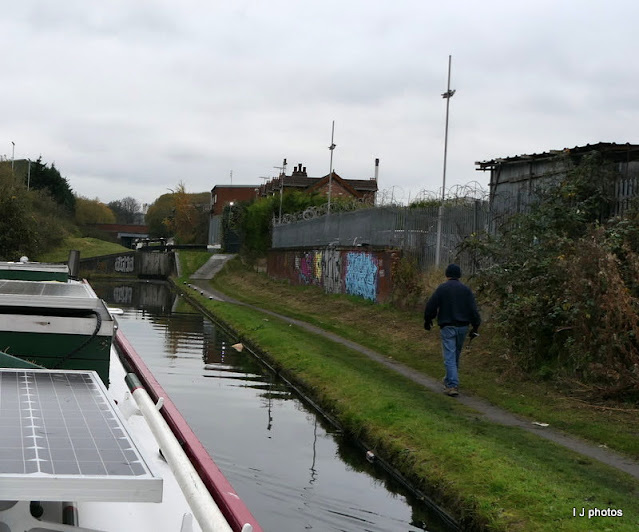 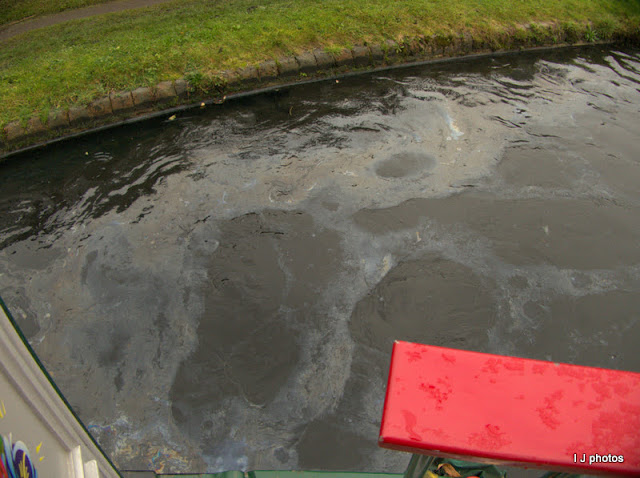 Two locks up and we ran into a problem. Actually that's a massive understatement 'cos it was a huge issue as the third pound was almost dry. Hmm, looks like we ain't going nowhere! A chap walked down introduced himself as Phil and of the BCN canal society. CRT usually come every day to sort the water levels but so far today they had not appeared. He recommended that the top lock paddle be opened by half as well as the top lock bottom gate paddle by half. Any more and the short pound between lock 5 and 6 would flood. So I walked up to do the deed only to find an anti vandal key was required to lift the paddle, and who should have that? Ian! So back down the flight to be met by Ian just leaving FS waving the anti vandal key at me! Anyway these are the photos which explained our predicament nicely. 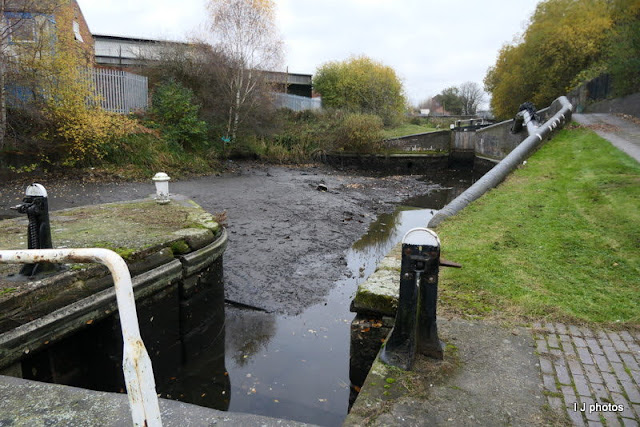 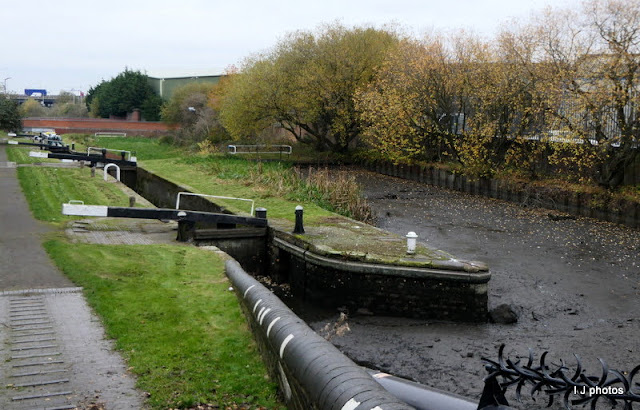 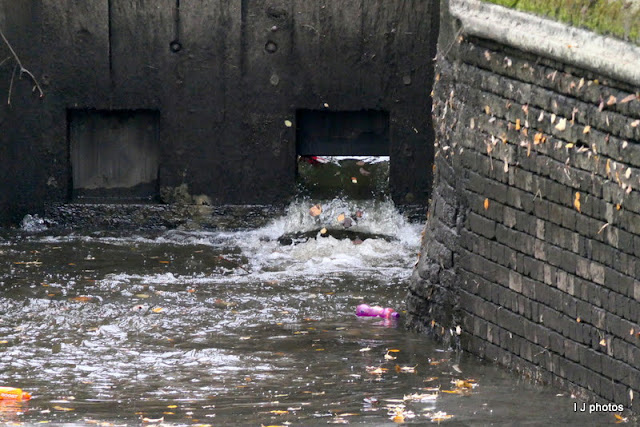 What should have taken about 40 minutes to do the six locks, took nearly two hours. We were helped by another of the BCN guys also with the name of Phil!

Anyway he gave us some good advice on where to go when we arrived at the Pools. He also mentioned the mile journey could be a bit shallow. SHALLOW...that was an understatement!!!! OMG twice we got stuck, the first time I thought we would have to call out CRT. Something held us fast in the center, even in reverse she wasn't going to move. It took me pushing hard on the pole at the stern and Ian doing the same at the bow before she broke free. 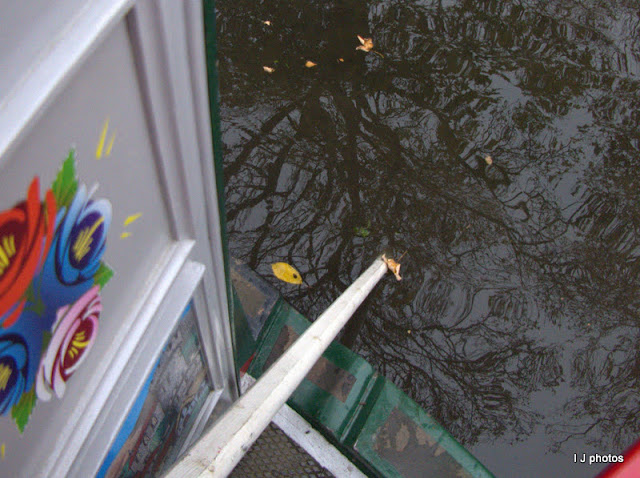 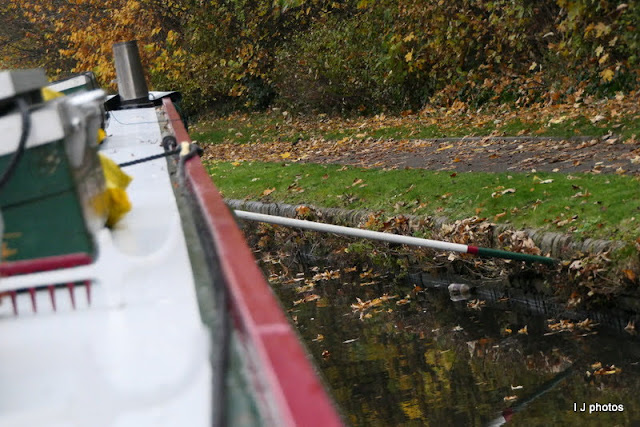 Then we picked up something around the prop. Tiller bouncing most uncomfortably and I lost steering. Straight onto the mud again with FS at a jaunty angle but this time, managed to reverse out.  Stopped in a bridge hole, the weed hatch lifted, and the haul was revealed. Gosh, it was slow-going to the pools. It was at snails pace and making sure FS kept well into the center. So very glad when the canal opened up to reveal a fork. We took the left fork as suggested by Phil and finally FS had water under her hull.  So here are a few photos of Titford Pools 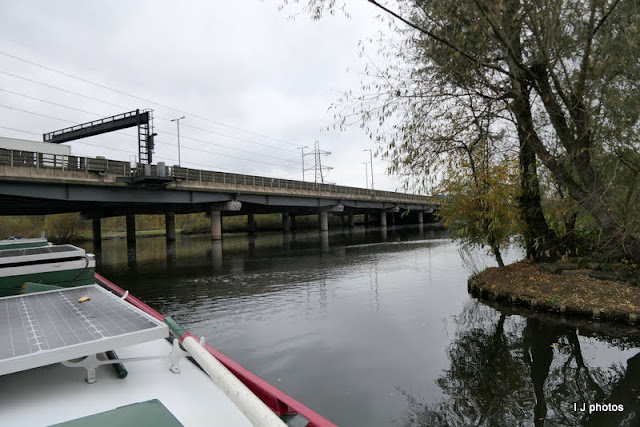 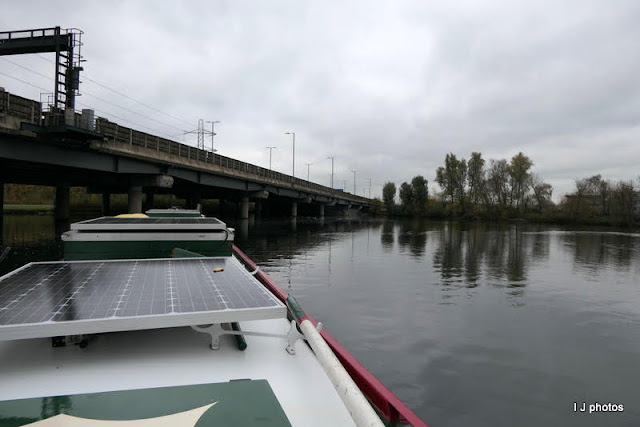 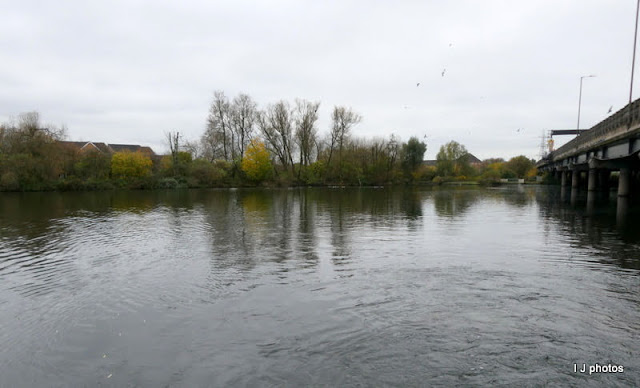 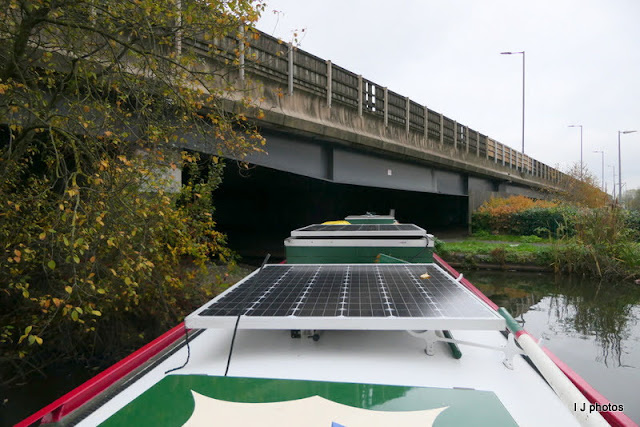 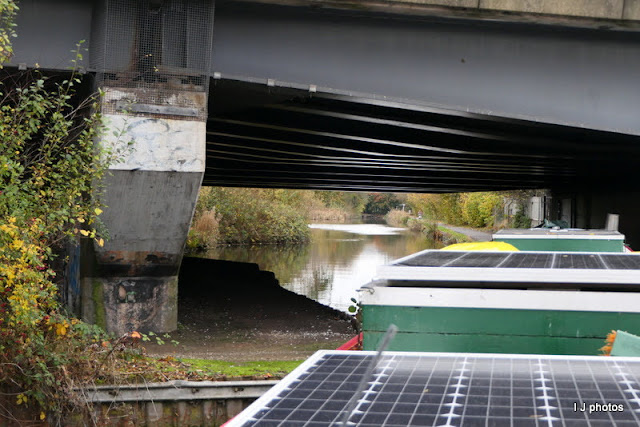 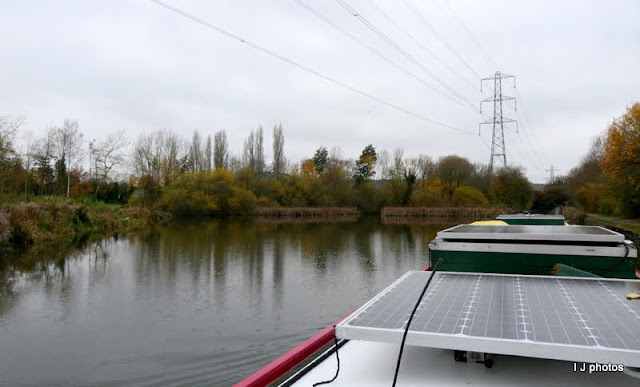 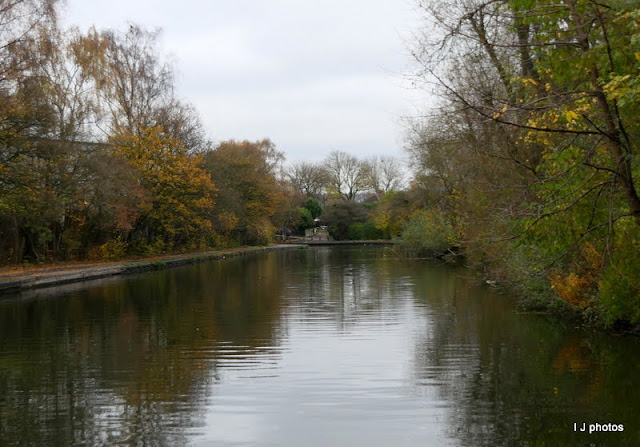 Both pools done and we are now entitled to a plaque. Blooming well deserve on as well!

Back the way we came and through the shallow narrows 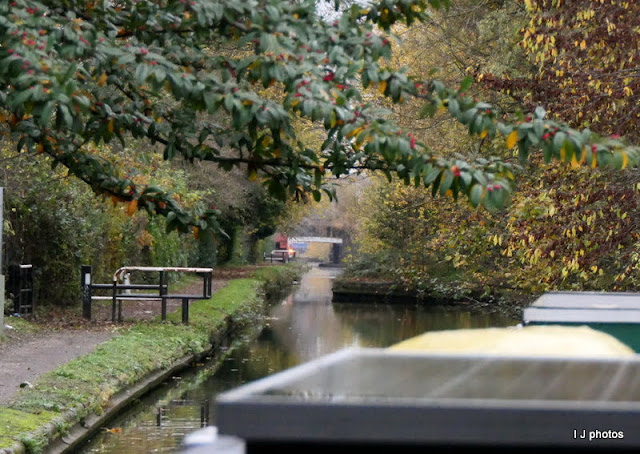 and past the place where we got stuck. As the water was sucked away from the side, this was revealed, 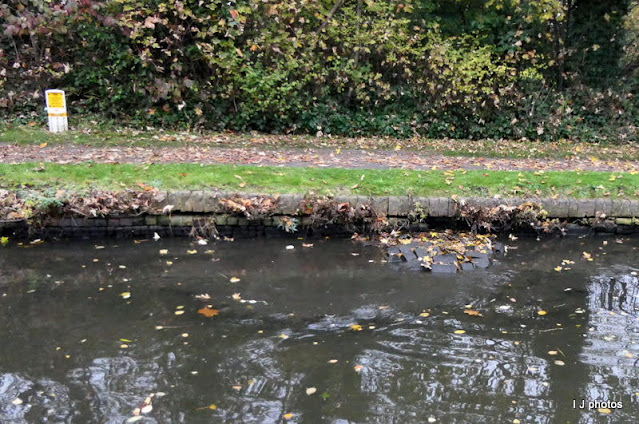 The only visitor moorings were near to the locks. Time was getting on and didn't fancy tackling the flight again with the possibility of the water replaced on our way up having disappeared again. That will be something to look forward to in the morning. 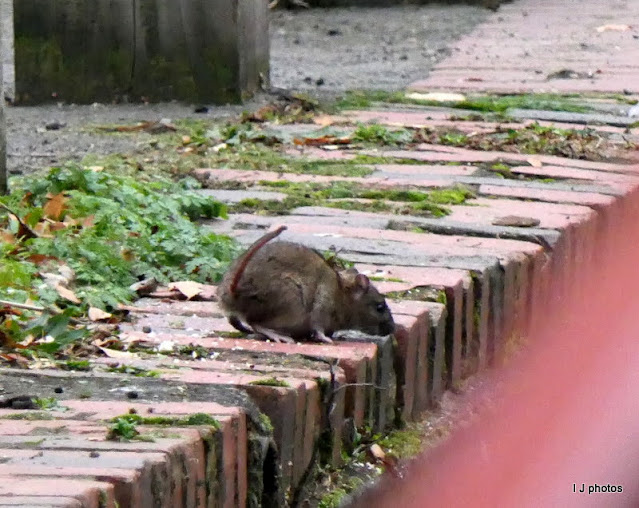 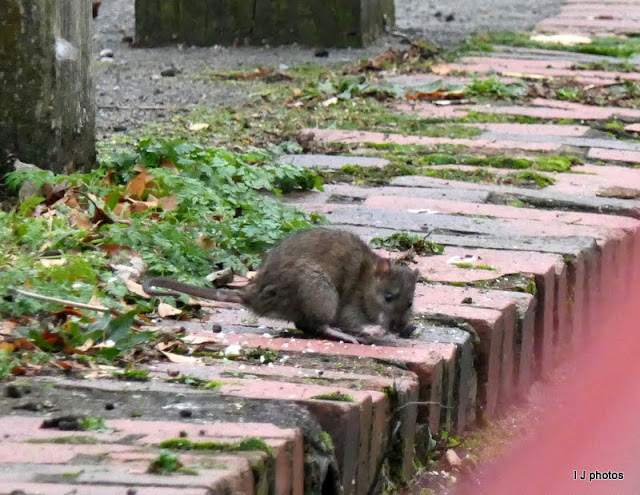 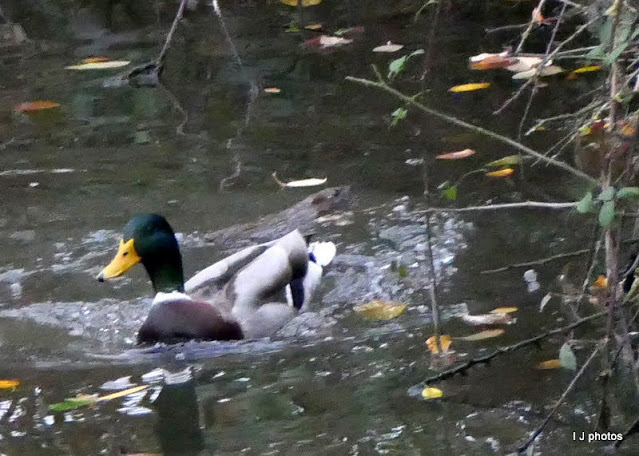 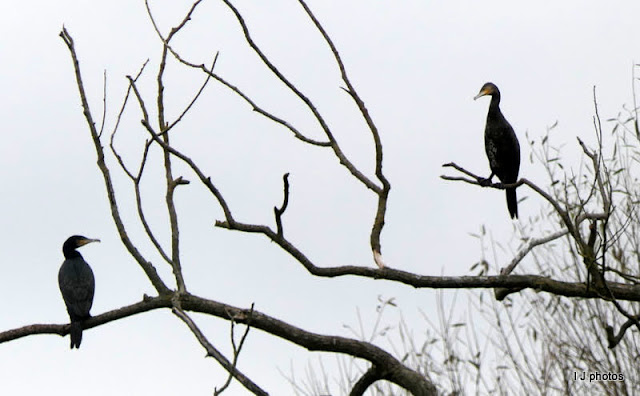 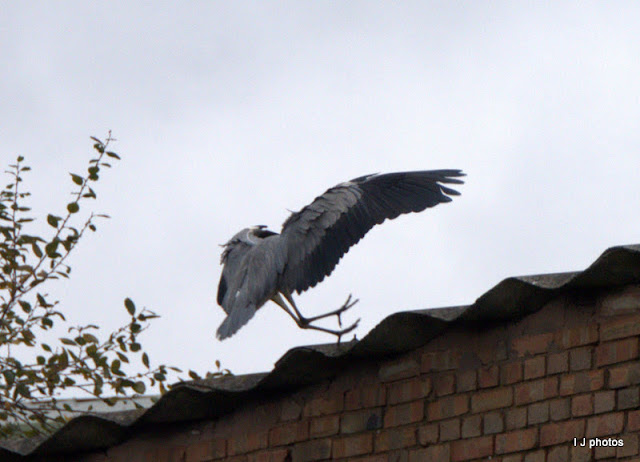 Posted by Ian and Irene Jameison at 5:05 pm

Unfortunately those locks drain when not in use. Its a real pity CRT didn't dredge the canal when they did the pools, I suspect the cash was ring fenced for the pools to improve habitat. Never had a problem mooring by the top locks but it gets noisy in the morning when the scrapyard starts work.

Hello Brian and Diana,
We found out about the early noise but I thought it was the cement factory, I don't think we will be doing Titford Pools again.

We went up there a few years ago but had to walk round the pools, didn't dare take the boat in! But we had no trouble on the canal itself. We discovered that there had been a tar works at the bottom and the wharf was below the bottom locks. I can't imagine how appalling the pollution was in those days as it's still obvious now. We shut the dog inside when we were there, didn't want any accidents!

I shot this on our last visit https://studio.youtube.com/video/PP2g1FfBPBc/edit
its on my blog https://nbharnser.blogspot.com/2021/09/hawne-basin.html

This was the bottom of the flight some time ago https://youtu.be/0ErzC7vOyhU

Wow, we never gave it a thought to try and get under the motorway. I don't think we would have tried it anyway because of the problem we had with the lack of water in the canal. Thank you for the links. Most entertaining.