First thank you to all that commented on the last post, as you will see in this post, we are all sorted.

Wow...what a difference an overnight rise in temperature can achieve. With the wind having picked up and the solar panels once again making an awful rattling sound, we were awake before light. I lay there wondering, would we get away today? I had to get up to check and hallelujah, shinning the torch through the glass of the window the canal was seen to be liquid once more and no more snow either. As I was up, made Ian a cup of tea and with it the news we could actually leave today. And as to the toilet situation well the light to say it was nearly full flashed after I used the bathroom this morning, a bit concerned for Ian who was still in bed but he has always reassured me that there is just enough room for a little one once the light is fully on. Hmm, hope he's right!

Daylight and Ian thought it best to check the prop. Good job too because another load of rubbish gathered, We tried to get underway before 9 am. Initially failed because the biggest problem was that wind. Still blowing hard against the starboard side, twice Ian managed to push the bow away only for it to return as soon as he ran to the back deck. Third attempt and this time he didn't try and get back on board. Instead, I powered forward leaving him staring after me on the bank. I did pick him up...eventually!

So the weed seen through the bridge 'ole did cause difficulties, 'cos as soon as we entered, FS slowed right down and only reverse to clear the prop got us any speed. Short-lived mind, and we had to do this several more times before we were free of it. 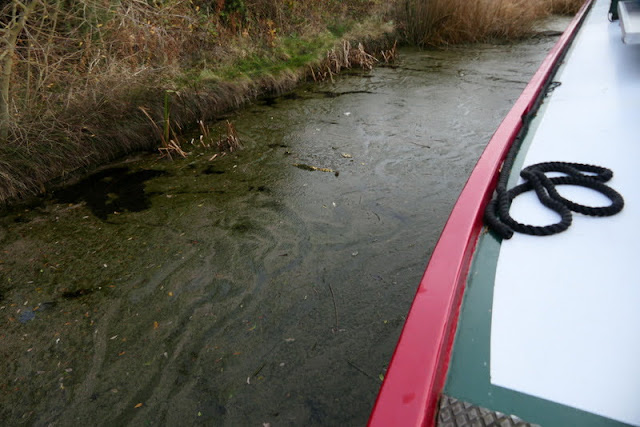 Made Pelsall, and glad in a way that we stopped where we had. Yes the moorings looked decent but  right by a park which, no doubt, would have been well-used by the public over the weekend. I can imagine being stared at and not just the boat. The majority as they walk past just have to have a look through the windows and well, it's most uncomfortable and annoying. Goldfish bowl comes immediately to mind. We have started to close the towpath side curtains, but sometimes I ask myself Why should we? This is our home and I’m sure they wouldn't want strangers staring in their houses checking out what they have inside! 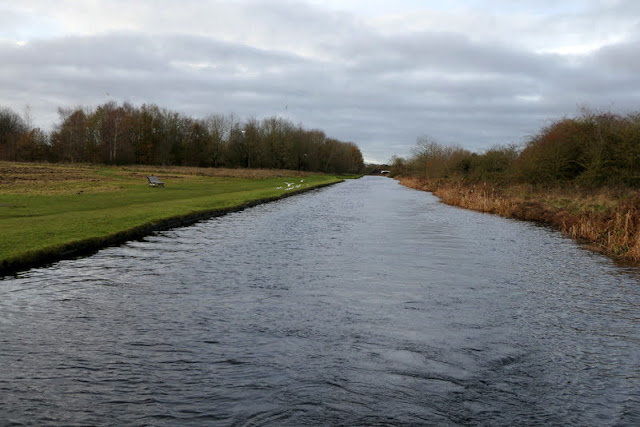 In our out dated Nicholson book the first facilities were shown to be 10 miles away at Longwood Junction. Ian had Paul's Waterway Routes Map on his phone which actually showed facilities at Brownhills. I shouldn't have doubted Ian and certainly not Paul's maps because sure enough, right by Tesco was the facilities. Three cassettes emptied, phew, legs uncrossed, water tank topped up, rubbish gone and a move to the 48-hour mooring by Tesco for a well needed shop. 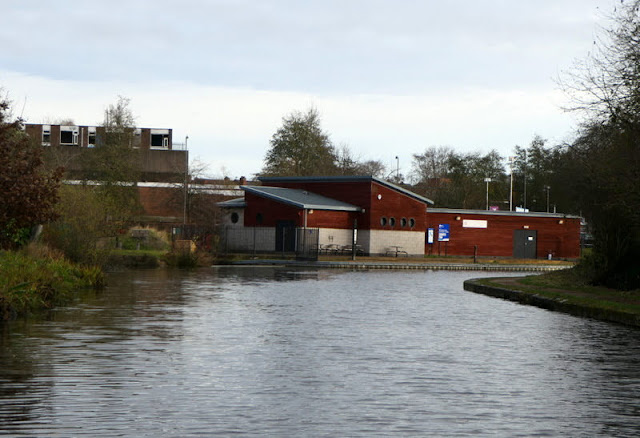 Destination today was Longwood Junction and it shouldn't have taken too long from leaving Catshill Junction, but oh the weed!!! Pockets of clear water lulling one into false sense of security before rounding a bend and there it was again. Catshill junction was awful and we got something caught on the bow slowing our progress even more. Into reverse to shake it off and in doing so, a loud clattering and the tiller juddered violently. Blast... more debris around the prop! This canal is getting beyond a joke! 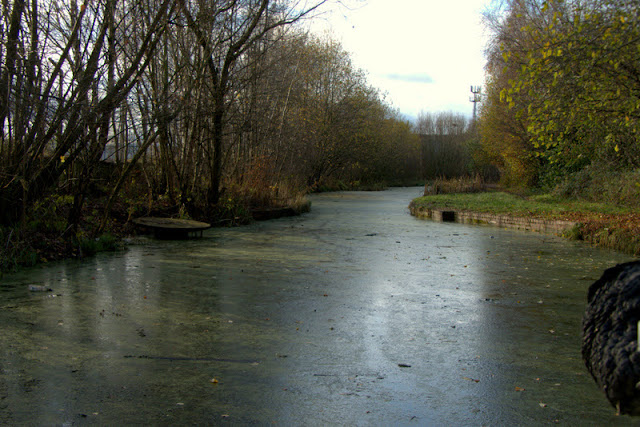 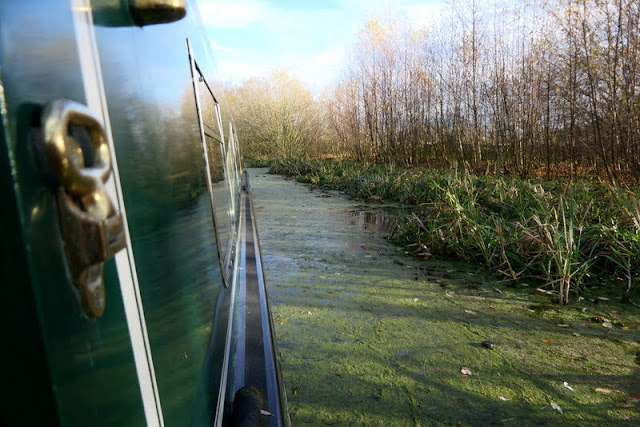 Then a complete surprise. A squawking sound normally heard down south, especially around the London area. Three Parakeets landed in a tree, gosh I hadn't realised they had come this far North. 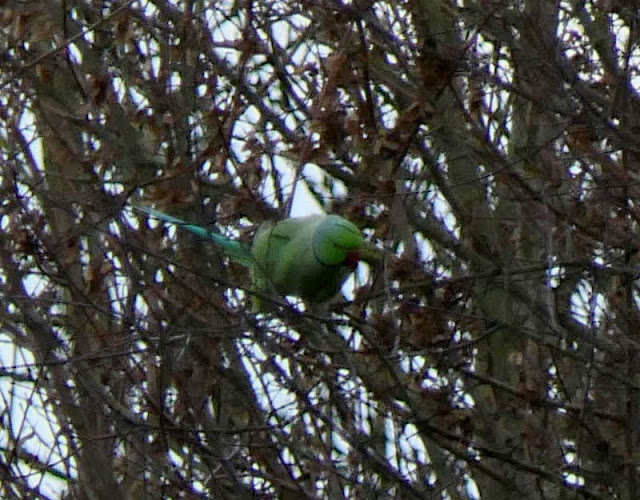 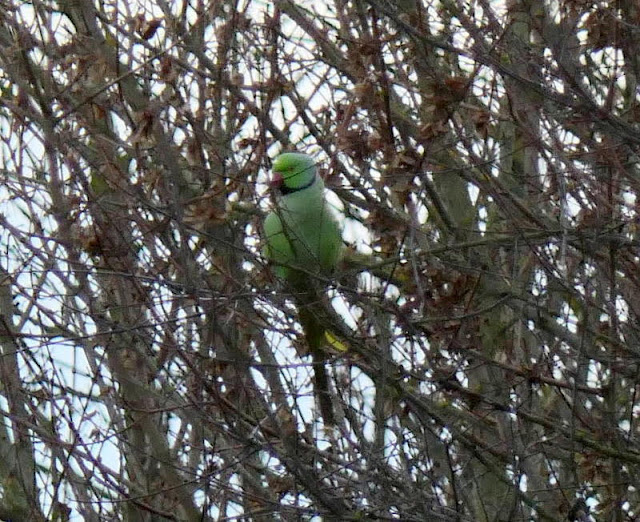 After a really hard slog we made it to Longwood. The Azolla is ridiculously thick here maybe because it has nowhere else to go. 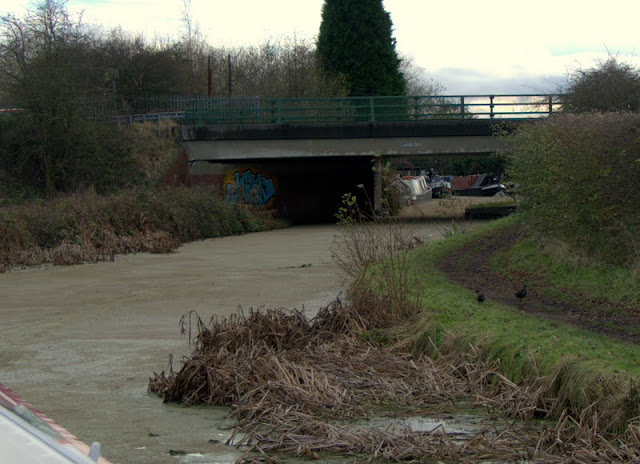 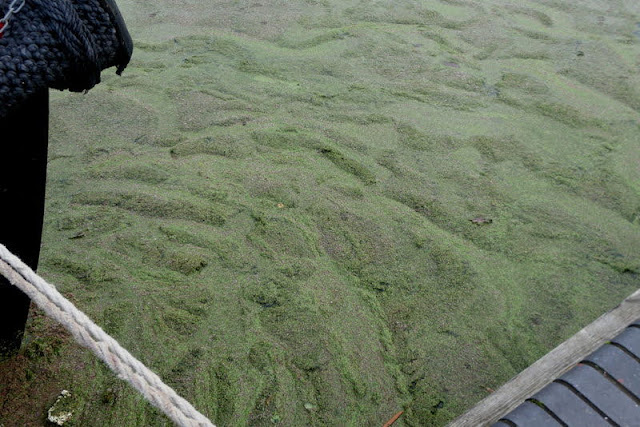 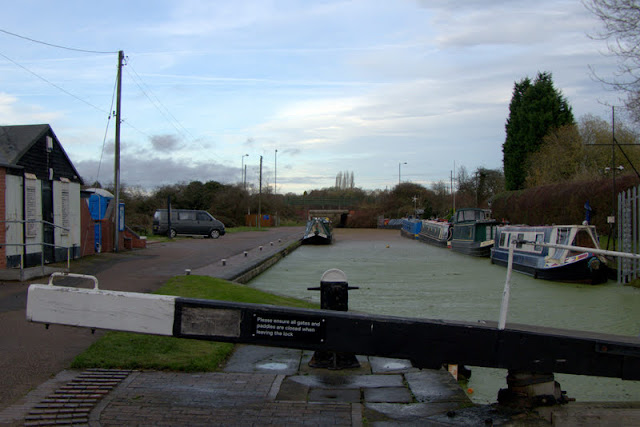 Bolts sticking out of the bank, avoidance was necessary as we moored if we didn't want big gouges out of the hull blacking. 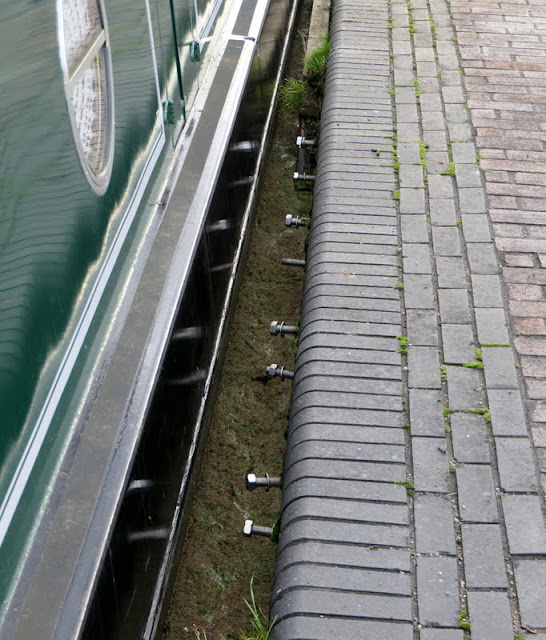 Then it was down the weed hatch for the third time, this time a fishing net, as well as fabric, was removed. 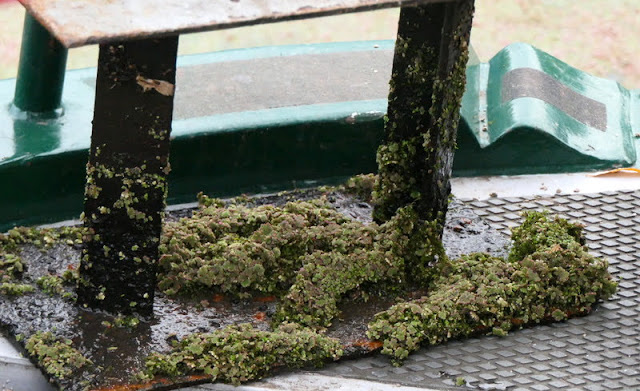 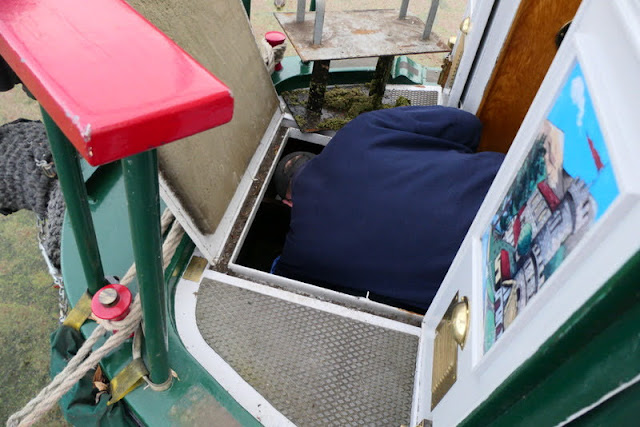 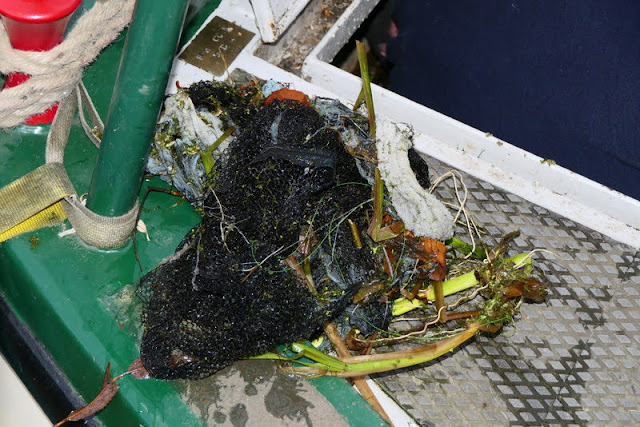 Tomorrow we have 9 locks to do and we join a different canal, the Rushall. A local warned us of a low pound between lock 6. In fact this pound has had a problem for a while, oh goodie...more adventures awaits!

And it is ducks today. 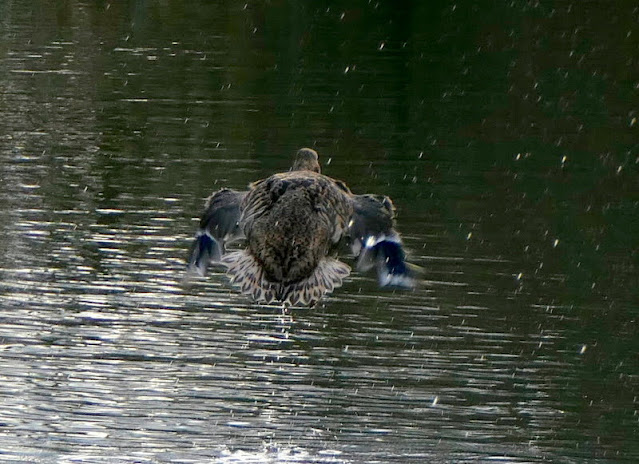 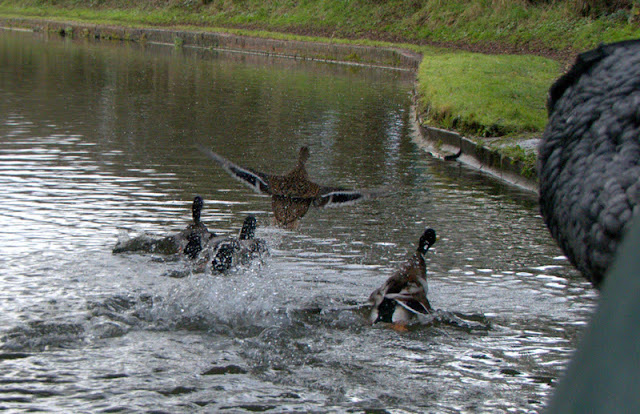 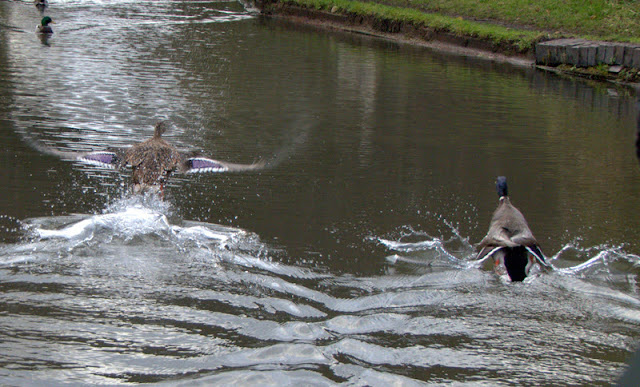 Posted by Ian and Irene Jameison at 4:09 pm

That weed is far worse than it was when we did that route in September. We ground to a halt on the Walsall where you did, but on the Daw End it was just duckweed. We did have a big plastic bag round the prop, and destroyed a plastic bucket which made a huge noise as you can imagine. The CRT guys go down and refill the locks each morning it seems, and they do the same at Perry Barr if you are going that way. If you are, I'll be interested to see how the Alexander Stadium has changed since September.

Hello Adam, I expect the situation will get even worse if left. There is a beetle that will eat the weed but I think the cost may be too much for the CRT charity.
We are going to give Perry Bar a miss, in fact, I will be pleased to leave the Birmingham canals this time, a shame really because in the past we have enjoyed the challenge. You will see why in my next post. Xx