Could he have got any wetter?

This morning was a no-brainer, we had to get away early, heavy rain was forecast from 10 am. By 7.45 ropes were untied and looking behind, noticed another boat coming toward us. Still quite away, away, so had no qualms about pushing off in front.

Breakfast was eaten on the move, toast with peanut butter and a nice cup of tea, loverrly! Ian had already eaten so he was ready to step of the boat by the railway bridge to walk to the lock and drop it out. It was bound to be full with that other boat going up yesterday. Then a sign from Ian to say a boat was on its way down...oh goodie, I'll hold out until it exits. But a little baffled as to the delay, and why was there no indication of the lock emptying? Turns out I had misread the gesture. A boat was going up in front, not coming down. 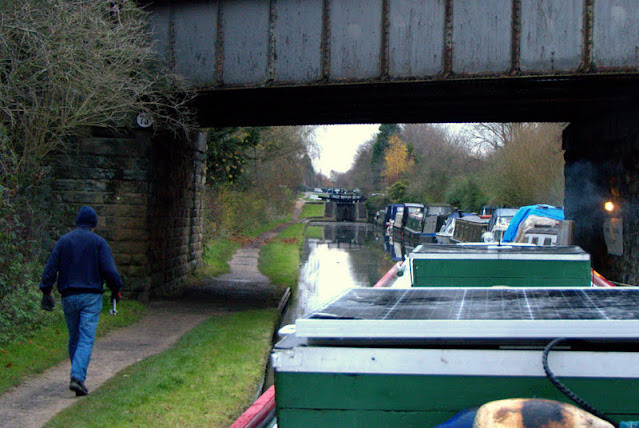 I can not recall a time when we haven't had to queue at these locks. No matter what time of year, someone always beats us to it. This time the boater was a single hander and even with Ian's help, took an age to ascend. Meanwhile, that other boat was coming up to FS fast so I had to pull over and stop on the lock landing after all.

Two locks taking 30 minutes...ridiculous! In the past lock 13 was notorious for being slow to fill. It was even put in verse as posted on the lock cottage wall. I took a photo way back in 2017, then on paper but now it has been replaced with a nice brass plaque. 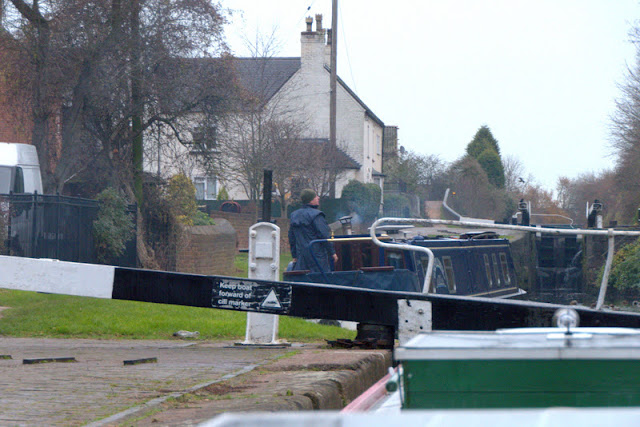 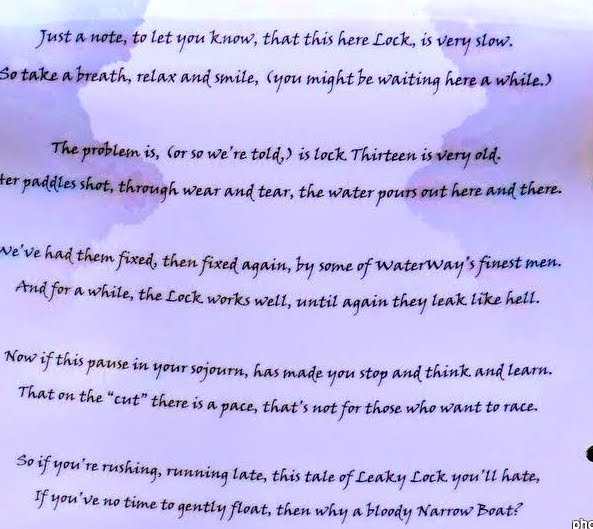 Why do we ever believe the beeb local weather forecasters.  Rain was shown for after 10 am but it was as we left Glascote top that small droplets started to sting my face. Steadily it got worse until I could stand it no longer and demanded the brolly. I think I have already mentioned in other posts how much Ian detests brollies so he went below, leaving me to it. 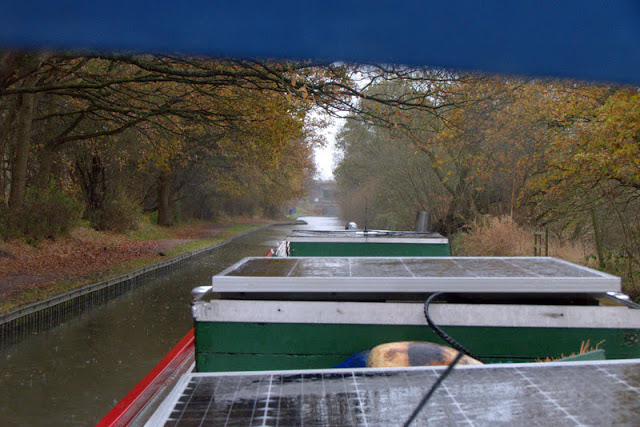 We could have stopped but the mention of getting to Polesworth was Ian's preferred mooring so I soldiered on. After an hour Ian took pity and sent me in for a warm, but not before getting the whole wet weather kit and caboodle on including waterproof trousers and silly hat!  Ha...he definitely had the worst of the continuing downpour, I think I got away lightly but no amount of "Do you want me to take over dear" would make him relinquish his post. I just had to take this photo. 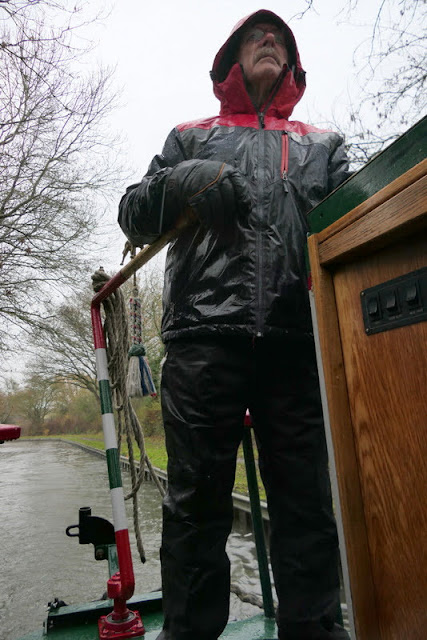 In the dry, I could take these photos from the inside the well deck.  CRT was doing a bit of offside trimming.  A very welcome sight but I did feel for those guys. Today was not the best day to do this sort of work. 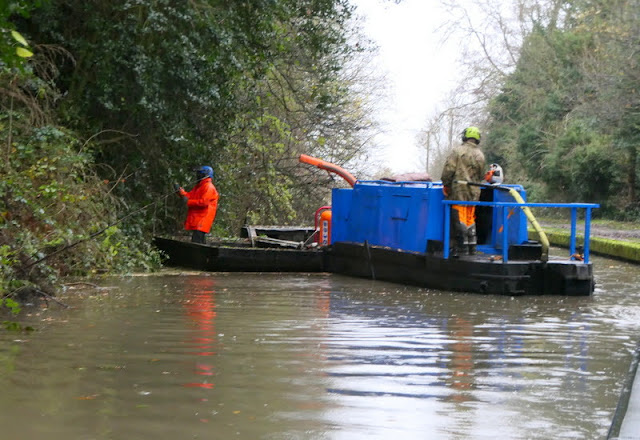 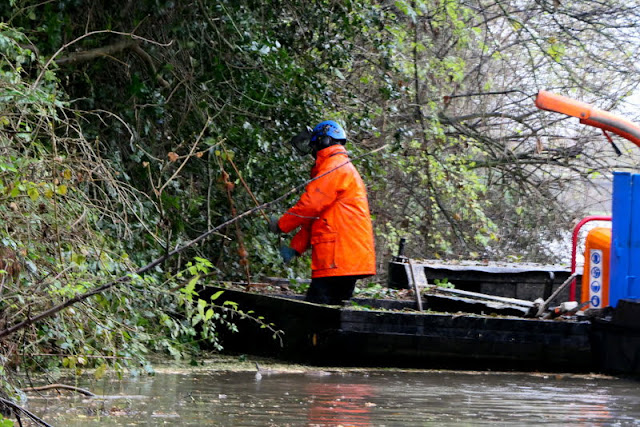 And the view from the front. 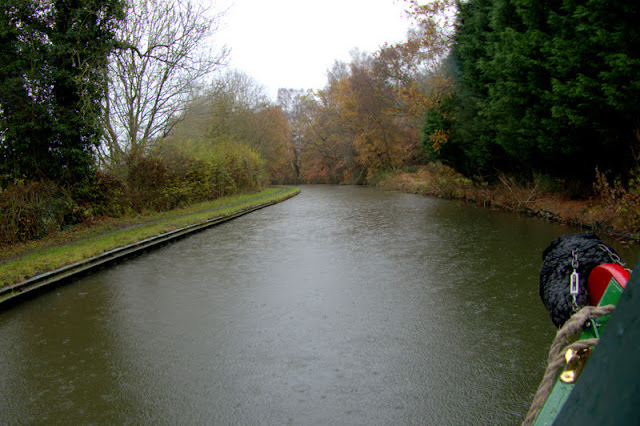 Atherstone bottom lock was reached. Why had he not stopped at Polesworth? We had gone further today than planned, it was to make up for the delay yesterday, he told me. In the process Ian got very wet, the jacket and trousers had to be left dripping in the bathroom. Gloves and hat pegged on the curtain rail by the stove and with that storm arriving tomorrow, plenty of time to for them to dry 'cos I don't think somehow, the locks will have the pleasure of our company tomorrow. 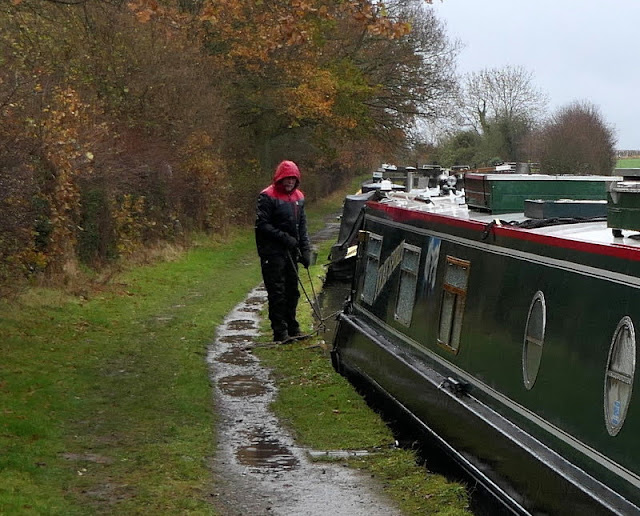 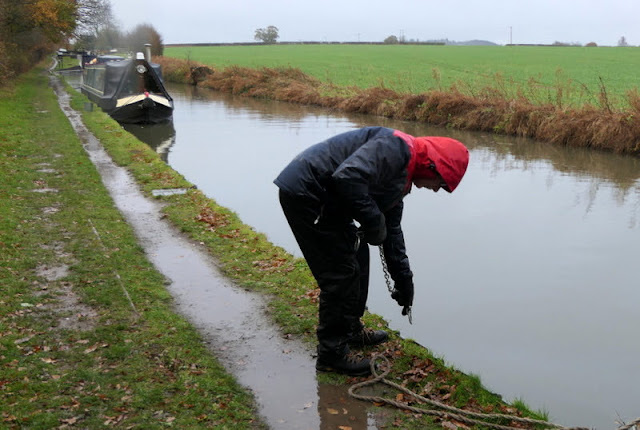 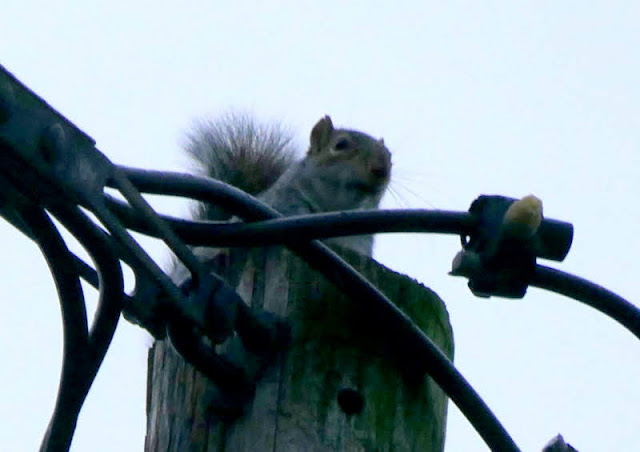 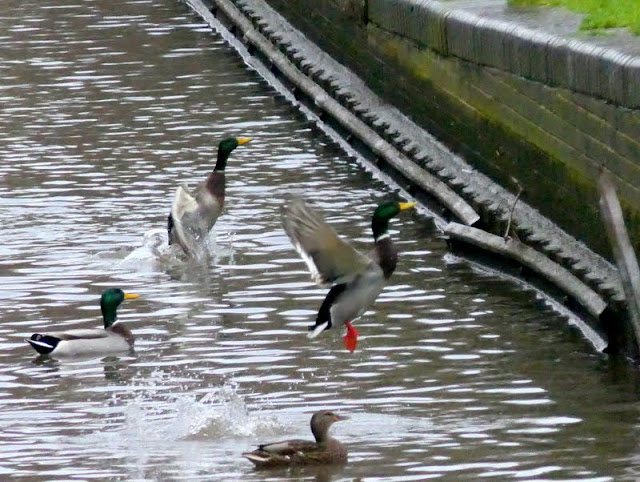 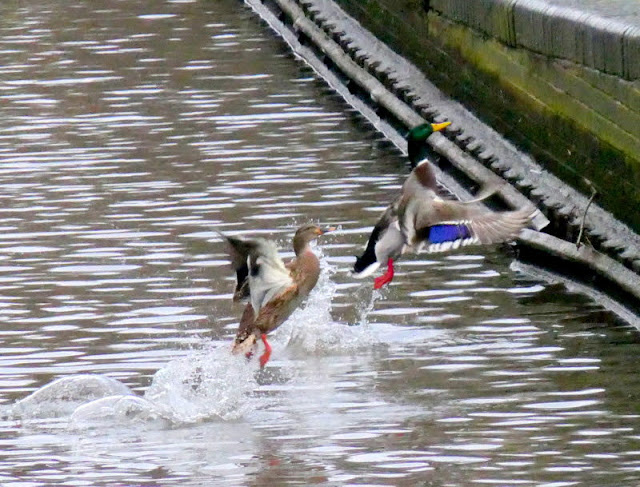 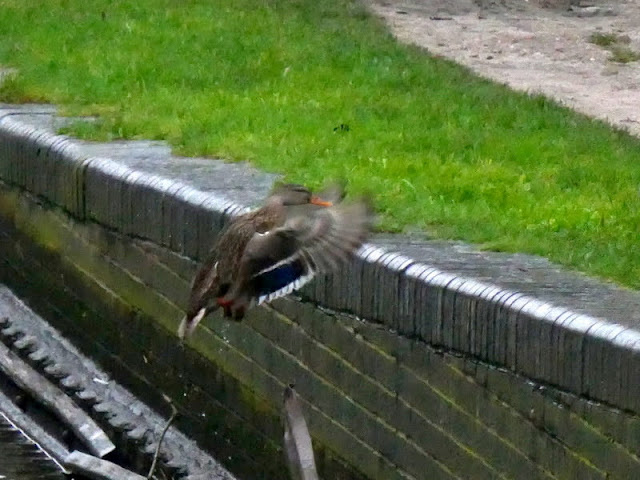 Posted by Ian and Irene Jameison at 4:41 pm