Hit it with a screwdriver...that'll do the trick!

We found somewhere to go today, and not far from where we had camped overnight. Beningbrough Hall and Gardens had a time slot for two people at 11 am. We hung about on Masons Arms car park (the overnight stop), and this gave us a good excuse to try and deal with my computer problem, Yep that fan refused to start again, but then Ian did something that made me cringe, he hit the base right where the fan would be housed.... with the end of the screwdriver and really, really hard! Suddenly the fan with its Boing 747 roar took off and the temperature, which had been climbing steadily, (Ian has installed a CPU core temperature app which monitors how hot the computer gets) started to come down. So if this is all it takes to release a sticky fan, then I'm all for it, well at least until we get back to FS and get our friendly computer repair guy to come a see it.

Sat Navs....who would have them! We knew Beningbrough was but 12 miles away, so why did our annoying lady want to take us to York and around the bypass, putting another 14 miles on top of the 12? We ignored her, much to her disgust! Anyway we soon found out why she wanted us to follow her route.

When we first got MB and fiddled with the new sat nav, one of the settings was for avoiding toll roads. Of course we wanted to avoid them, so clicked on yes. So following the Beningbrough signs, what should we come across? A toll road! 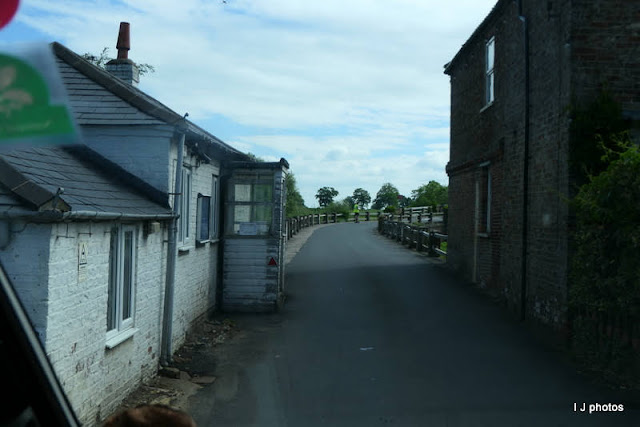 A large wooden planked bridge spanning the river URE was the reason for the toll. A weight restriction of 7.5 ton, well that's okay then 'cos MB is only 3.3 ton. 40p was the cost for under 3.5 ton, so scrabbling for change, I passed Ian the money. "That'll be a pound sir" said this chit of a lad. "Nop" said Ian "We are under the 3.5 ton so 40p it will be" and he gave the money to the bewildered lad, who said most motorhomes were over 3.5 ton and drove off! 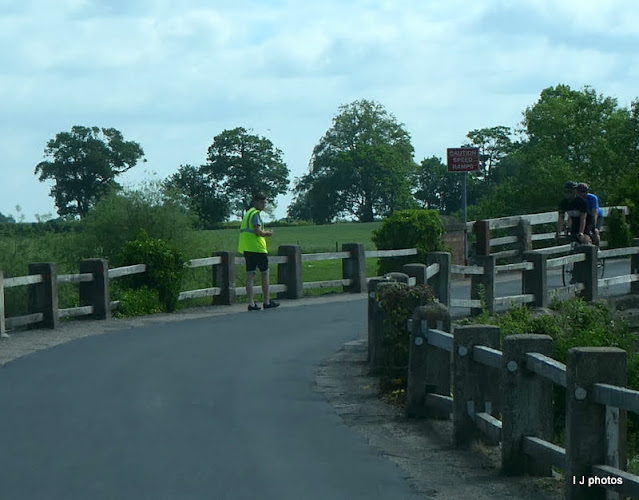 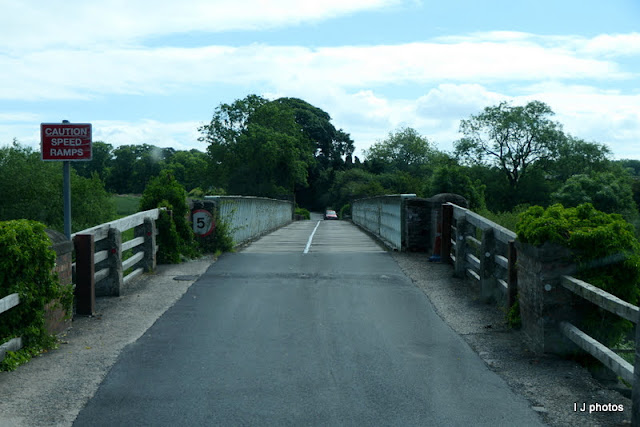 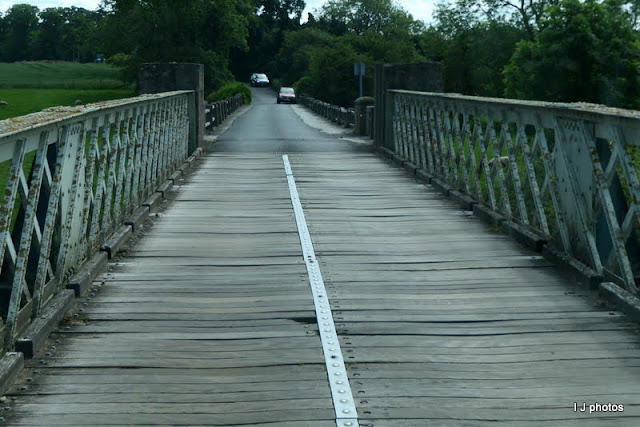 Sun was beating down when we arrived at Beningbrough, but this was soon to change. With most of the Midlands bathed in sunshine, this part of Yorkshire clouded over. It didn't spoil the experience, although what did was the only bit of the Hall that could be viewed was the upstairs rooms. No furniture in any, just a so called 'modern art' adorning the walls. We don't do modern art! A very large orange painted canvas with a mauve border was not our idea of art! Another 10 paintings all in the same vein left us cold and we hastily made a retreat. To see what we mean click HERE

The gardens and walks were very pleasant and before we knew it three hours had passed. 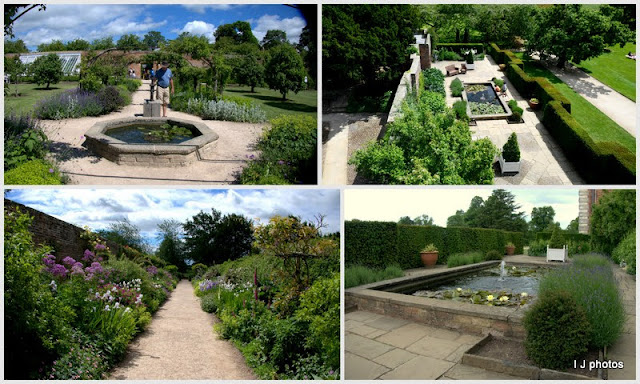 This made us laugh. On our way back to the Hall after walking the grounds, a stop by a trough in a field full of sheep made one of them look up, give a loud baaaa and a stampede started!  I'm convinced they thought we were about to feed them as they came charging towards that trough looking very hopeful! 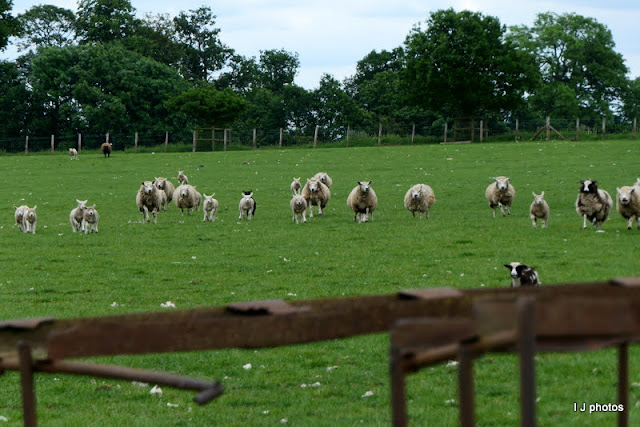 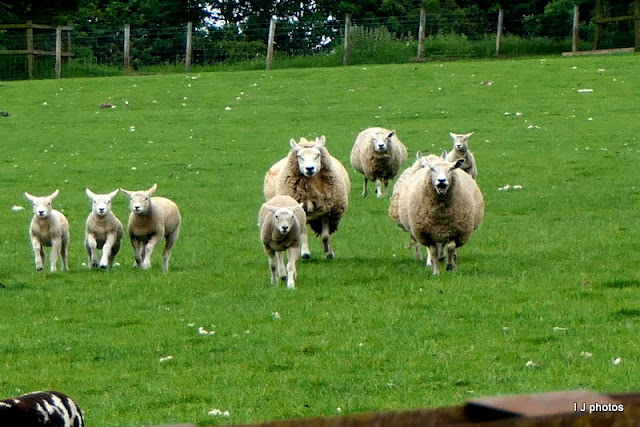 Late afternoon and we started the drive back towards York. To walk the York wall was abandoned during our stay three weeks ago due to the bad weather and so we never got around to doing it. This time we are determined to give it another go. Oh, and we have ended up wild camping again and at the   same lay-by used back in May. 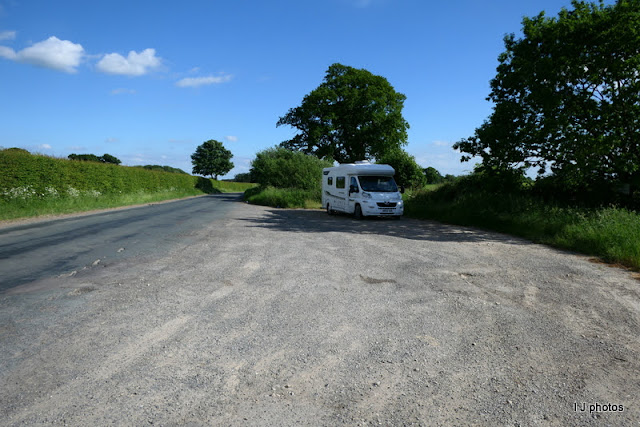 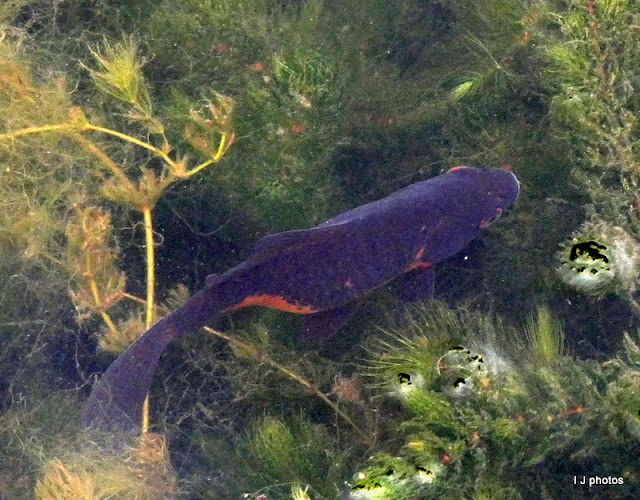 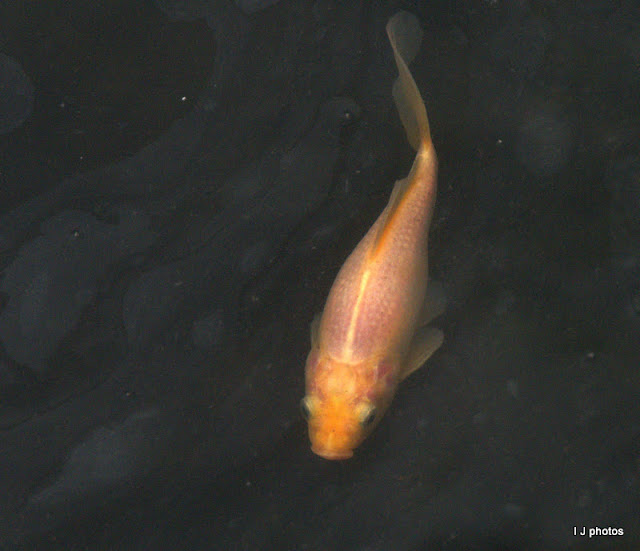 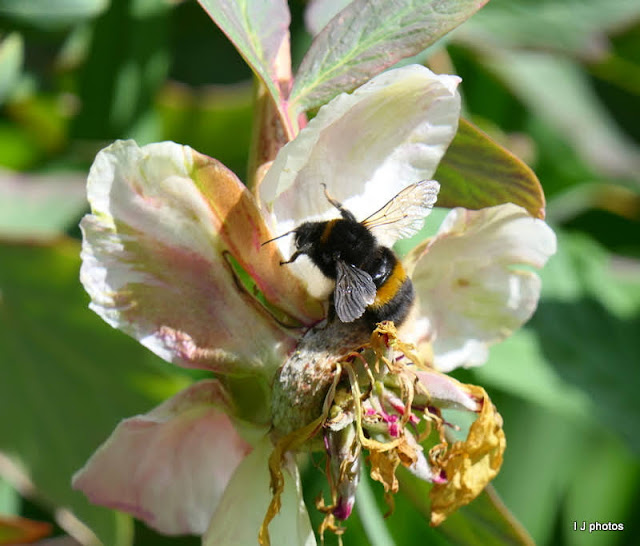 Posted by Ian and Irene Jameison at 4:21 pm

Pretty sure the plants you are amongst are foxgloves, don't go eating them.

Thanks, Pip and Mick. I was never any good at identifying plants! Xx