A mystery on the grave

Oh yes....we were woken early alright! Not by the traffic as I had anticipated. No, it was the torrential downpour at 4 am making a right racket on MB's roof! And so it continued well into the morning, in fact we debated whether to just hunker down and stay put for the day. But one attraction still awaited our presence. Whitby Abbey.

One thing we did decide on was to find a proper site (a) so we could plug into the electrics and if necessary have the heating on and (b) do the washing. Trying to find a site with a washing machine, well... almost impossible. Most of the sites contacted were either full up or a minimum of two night stay was required. In the end one came to light at Egton, about 5 miles from Whitby, but oh, so very pricey! £30 per night, wow that's an expensive wash load!

Having got that sorted, we went off to do the English Heritage Whitby Abbey. Hmm, a place to visit and tick of our list, and although impressive in its own right, was not a patch on some of the other ruins we have seen. To read the history of the abbey, click HERE 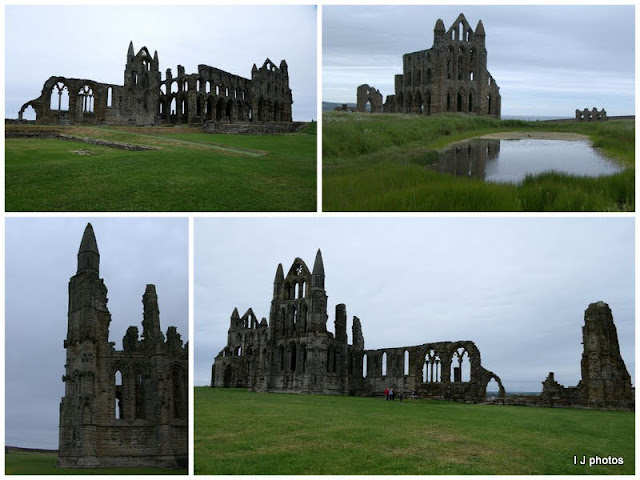 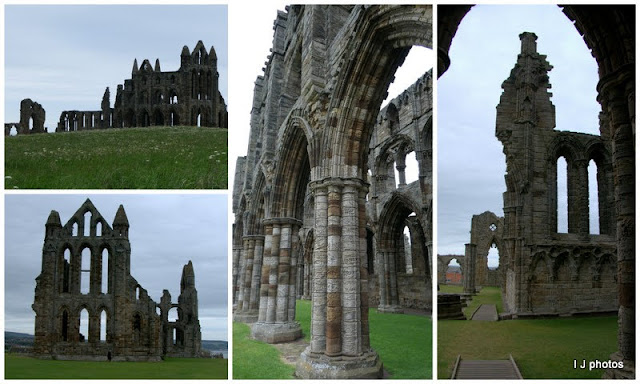 The rain eased as we arrived, in fact it brightened up and blue sky appeared. Took us about an hour to walk around, listening to the audio headset. The only interesting bit was as we arrived at a small hollow which held several coffin stones. I was taking photos when a Heritage guide came around the corner, stopped dead and gave an exclamation. "There are flowers on the grave," she gasped. "How and who is placing them on there?" As she explained, this has happened a few time in the past, but never have they seen who has done it or why. It was one of those unexplained phenomena that is bewildering and eerie. They believe this was an Anglo-Saxon burial plot, maybe someone of great holiness, as those other graves had been placed as close to the head and footstone as possible. In olden days, people believed goodness would be imbued on those departed if they were buried close to someone of great importance. It still didn't explain those flowers, which looked to be very fresh. 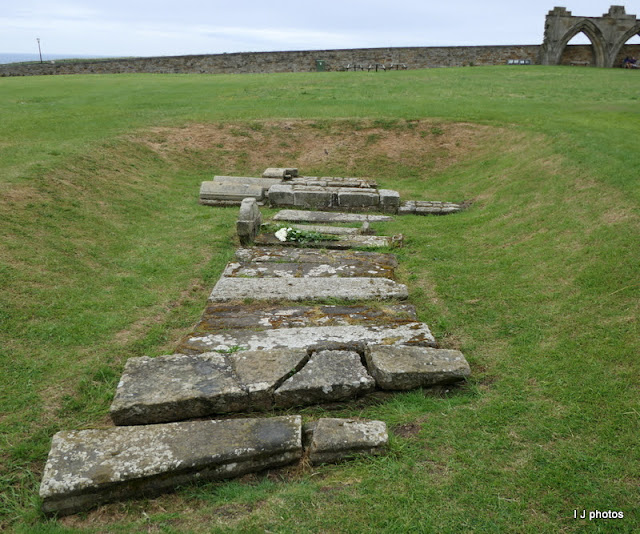 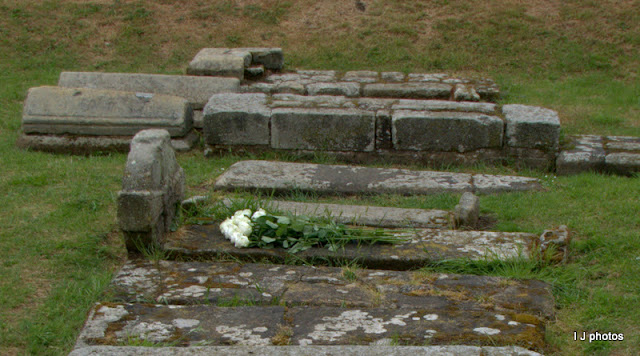 One thing we did miss was the graves at St Marys Church, one of which is supposed to house Dracula. This then maybe a necessary return visit tomorrow. 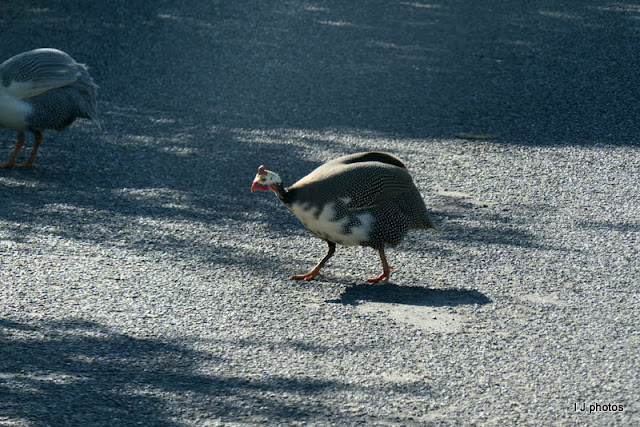 Rain on the roof, you can't beat a bit of 4mm steel for deadening the sound