A luckless sort of day

I really don't understand some folk. It's not as if we are being a nuisance, miles away from civilisation. We mind our own business, don't leave litter and make no noise, yet to some tooting the car horn as they drive past at 5 am is their idea of fun! 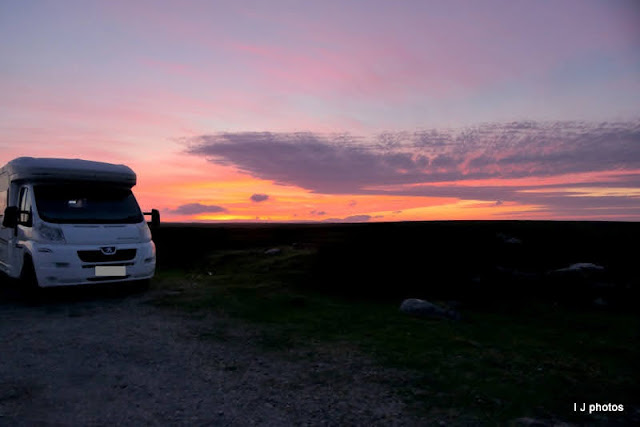 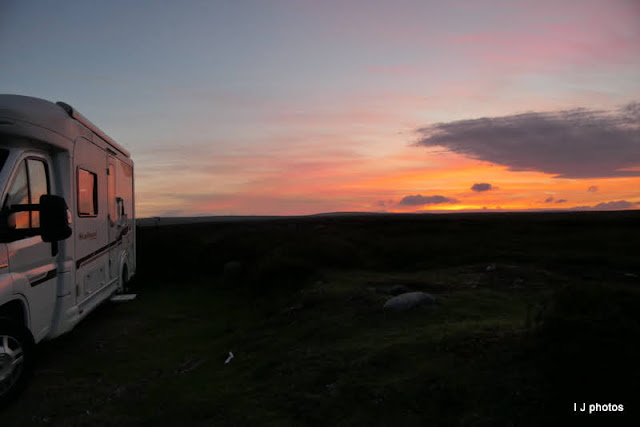 To get back to this computer of mine. Ian managed to get the back partially off, all the screws were out and clips holding the case opened. By right, the back should have parted company with the main frame but something in the middle was holding it firmly in place and Ian was reluctant to try and bully it off. Instead, he blew air across the fan, made it turn by inserting the screwdriver and then started up the computer. Well, it worked in a fashion. The fan started spinning but sounded like a Boeing 747 taking off. Twice it stopped and twice with a bit of jiggling Ian got it going again. At the moment its working, but I'm not holding my breath that it will last. I have my Android tablet to fall back on but have very little say as to how my photos will appear and I can't seem to find a good free photo editor to install. So goodness knows how the blog will look if this fix fails!

It was Saturday, the sun was shinning and we had high hopes of a good day. Harrogate, here we come. But being a weekend, not a good day to go into town and not a good day for trying to see any attractions either. All the attractions were booked up and the traffic queues for the car parks were horrendous. This then was quickly abandoned, instead went off to find a supermarket.

Lunch was had in Morrisons car park while we tried in vain to find something to do. Nothing came to light and we even tried phoning several Halls and Gardens in case a slot had become vacant, but not a sausage. Both of us now were very despondent, so we looked for somewhere to stay overnight. There was a pub stop in Hopperton which would do nicely and we could drown our sorrows with a refreshing pint. Tried phoning but had no reply so decided to drive there anyway. Well, would you credit it, the blooming place was shut! A notice had been pinned to the door with a phone number, which gave us some hope. Out came the phone and suddenly we were aware of a very load buzzing noise. There above our heads were bees which appeared to be swarming. Crikey we made haste away from that door I can tell you but me being me, just had to risk being stung by taking a few photos.That phone call worked, we were very welcome to stay the night, but such a shame about not enjoying a cool welcoming pint. We did get a warning from the owner about the bees though, and was told to stay at the other end of the car park and well away from the swarm. 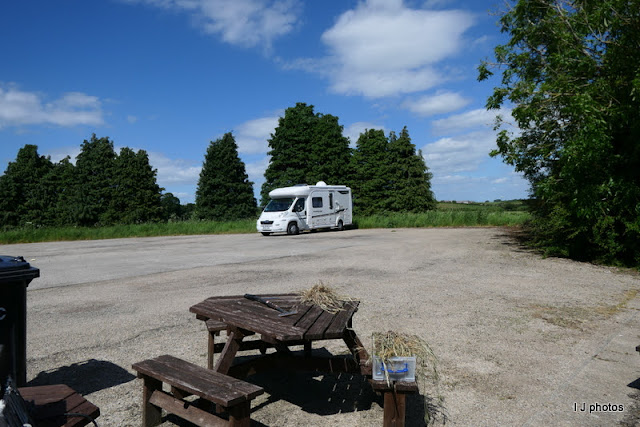 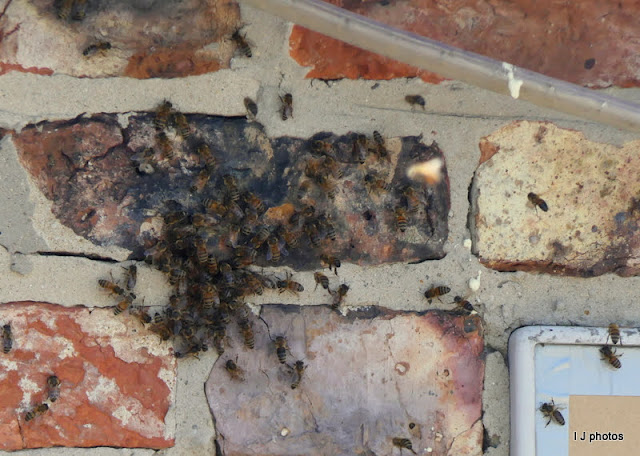 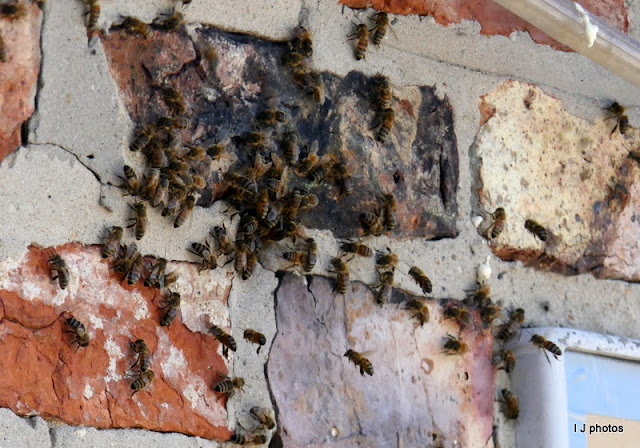 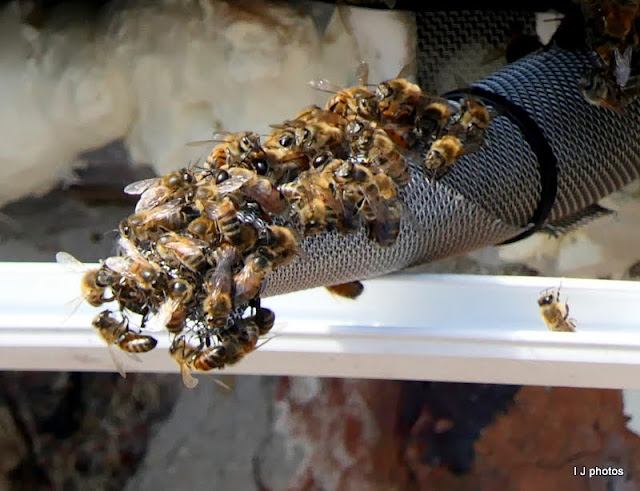 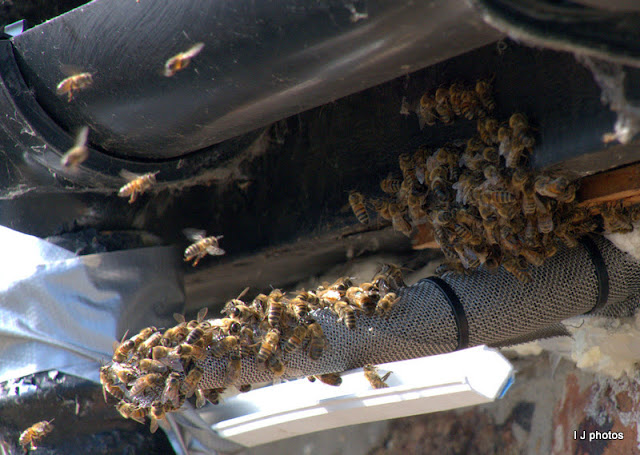 And seen on the Dales last night, 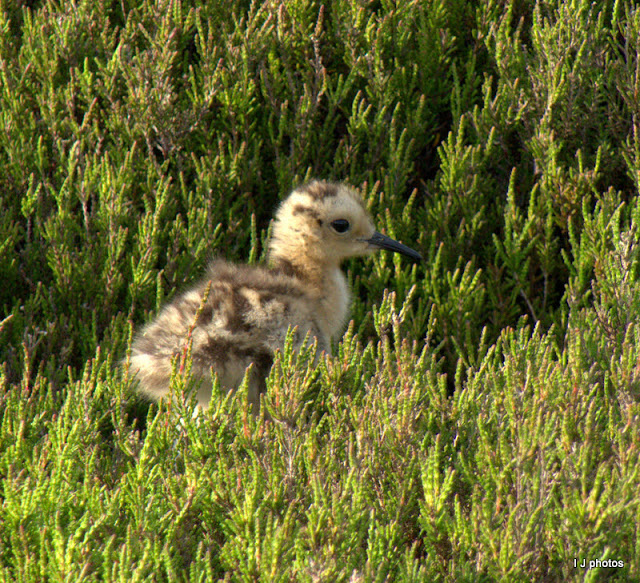 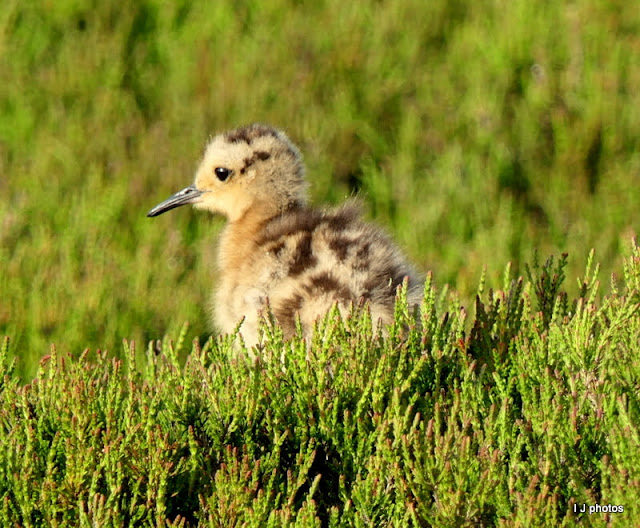 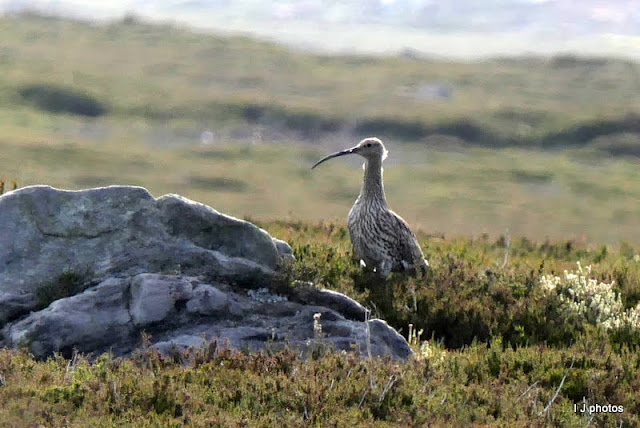 Posted by Ian and Irene Jameison at 5:14 pm