Gosh, it's taken long enough! Finally the swelling in my leg has disappeared, although I still have a huge lump where the shin connected with the doorstep when I fell. It's been 3 weeks since the accident and on hindsight maybe I should have had an x-ray. I was assured though, by the nurse at Derby Hospital, that had I broken the shin bone I would not have been able to walk! 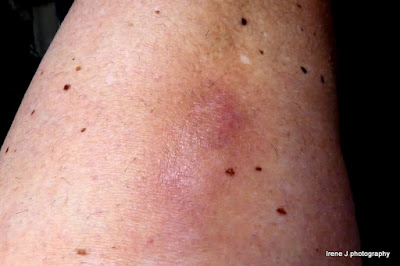 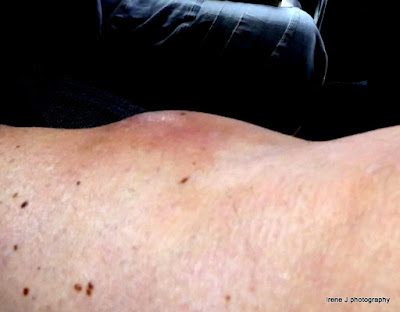 Some good news was given when more blood tests and a scan of the leg showed no DVT to be present. So the blood-thinning tablets given by the doctor when we returned from Poland was stopped after two days, all well and good I thought, but having knocked the leg numerous times when helping daughter Christine to move house last Friday, the leg turned bright red from where the blood refused to clot and massive bruising occurred! Anyway, the scan did reveal I had a Bakers Cyst behind the knee which I may have had for quite a while and still would have been none the wiser if the nurse hadn't pressed hard on the area and asked if it hurt. After scraping myself off the ceiling I said in a high pitched squeak that it did!!!

It's not long now before we set off for Scotland in the Beast. We just have to get through daughter Christine and Son in Law Kev's 40th Birthday party this weekend (both have birthdays within 3 weeks of each other) and attend the City hospital for a final check-up before our departure next Friday.

Not been idle with the camera around the basin. The water was crystal clear and I wiled away the hours by watching all the fishes. 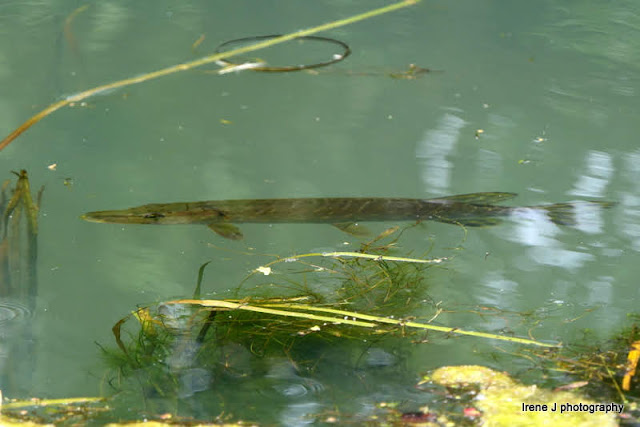 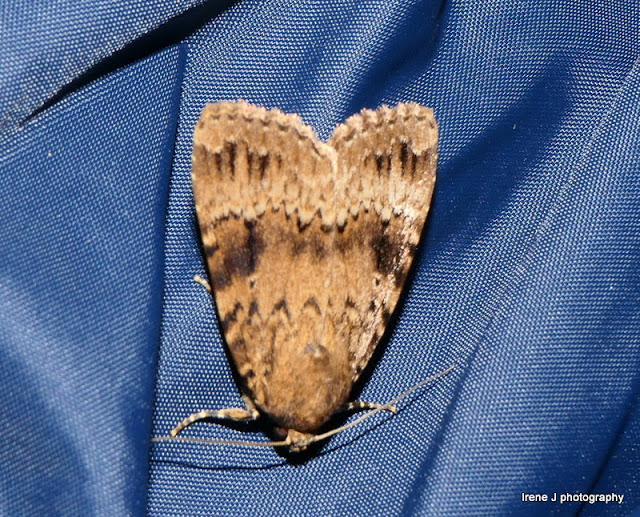 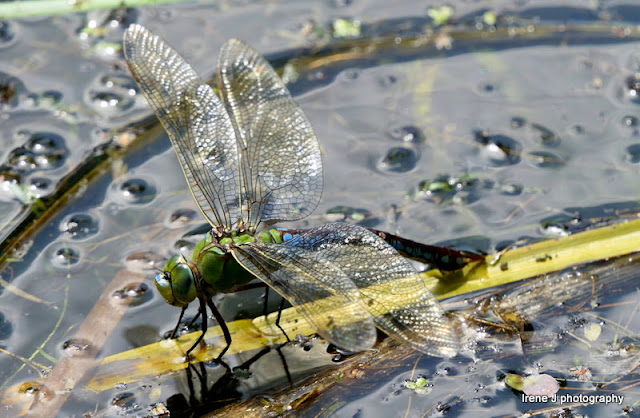 Posted by Ian and Irene Jameison at 6:32 pm

I'm surprised you weren't told to wear a compression stocking - they are advised now for anyone sitting for long periods (particularly in aircraft). I had to use one, along with blood thinning tablets, for 3 weeks after my hip replacement. I couldn't get the damn thing off and put it back on by myself, so resorted to showering with it on! Hope you and "The Beast" don't encounter too many narrow roads "North of the Border". And don't forget the rear overhang on uneven roads...

Mmmmmm! So no plans to come and see us on the boat then?

We are heading up to Fazeley in the next 3 weeks) and then over to the T&M, and back down the Soar to Debdale.

Is it possible that we can catch up somewhere? We do need to plan your visit to Waikanae on your NZ trip!

I know all about a Bakers Cyst behind the knee. Didn't know I had one either till it ruptured when I twisted my knee in the wilds of Alice Springs while on holiday! Very painful indeed. Though your war wound looks rather nasty too, hope it clears up soon.

Hi Dave,
My fault for not going to see a doctor before the flight. Trying to get an appointment was impossible and the thought of hanging around casualty or walk-in centre...well that was not for me! As I could still walk and it only hurt when touched the risk was worth it. The flight was under 3 hours so quite short as flights go and I had been told the possibility of DVT's on short-haul flights were rare. I don't suppose I could have got a compression stocking on so swollen the leg was and would probably have hurt like hell if I had managed it. I have decided though, that when we fly to NZ end of this year I may well be wearing stockings then.
Thanks for the advice about the Beasts large backside! Rest assured I will be checking the rear end through the wing mirror constantly. (:

Hi Jenny,
I'm keeping fingers crossed that the cyst goes on its own. So far there is no pain and hopefully, I will stay pain-free. As for my mishap with the leg, improvement is gradual but at least the lump is going down. I just have to remember not to try and kneel on the bed with it when I'm changing the sheets!
Xx

I hope your leg continues to improve - worth keeping an eye on the cyst though.

Love the pike pictures. The moth is either a Copper Underwing or a Svennson's Copper Underwing. It can't be identified specifically from your photo unfortunately. The dragonfly is an Emperor.

Best wishes - I look forward to your Scottish blogs.

Thanks for the info, Paul. I'm hoping the cyst goes on its own as is sometimes the case. I'll be keeping a close eye on it and keeping the frozen peas ready just in case it doesn't.

Definitely worth wearing stockings on a haul flight - they are a pain, but the alternative will be worse! As far as the overhang goes, I was thinking more of the risk of "grounding" over very uneven roads. I only went to Scotland once, on a motorbike, but I have vivid memories of the Lake District, and I'm sure the roads will be very similar. It's one of those situations where having an air suspension conversion would be nice, so long as it has the ability to be temporarily raised above normal height. I actually had just such a system on my bike, and it was handy getting on and off ferries en-route to the IOM many years ago. They had some pretty steep loading ramps if the tide wasn't right.

Oh, of course, Dave, Something neither of us had thought of. I'm slightly concerned about the length of the Beast on the Scottish roads. Main roads okay but side roads? Anyway only time will tell. (: