Bl**dy Midges and we were photobombed by Nessie!

Wednesday 21st.
I took some photos last night across Loch Ness as the sun was setting and got eaten alive for my trouble! Those midges zoomed in on all the exposed bits as soon as I stepped outside. Dashing inside the little blighters followed and before we dealt with them, the Jungle spray was applied to ears and face liberally so I could once again venture outside. We then spent the evening trying to eradicate the blighters from inside the Beast. Note to oneself,  fly spray to go on the shopping list! 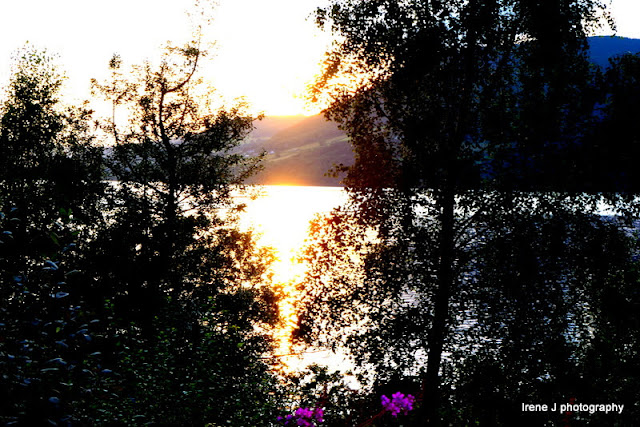 The Beast started rocking by 6 am and no not for THAT reason! Right next to the road every time a car went past the whoosh of wind moved the motorhome. So another early get up but it was still late morning before we got underway.  First stop was at Dores. It is here that a chap called Steve Feltham has spent the last 25 years in search for Nessie. To see his story click here. I did wonder if this was the right spot for Nessie hunting but on a clear day, you can see nearly to the other end of Loch Ness. 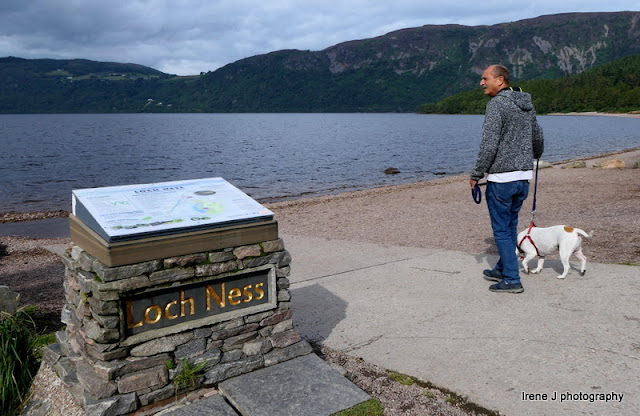 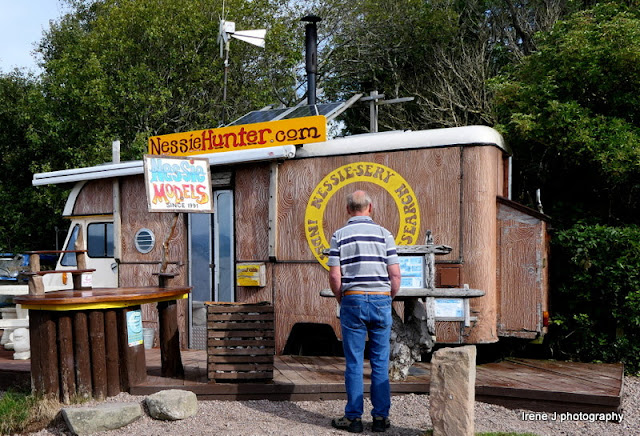 And look who appeared in the photo,

A suggestion was made to travel to the Moray Firth to see if the seals and Dolphins were about. Apparently, this was a good place to watch for them. The only trouble was the tide was out! So having travelled down a dead-end road, been stopped at the level crossing (Kev just made it through) we managed to do more multiple turns to return to the main road. 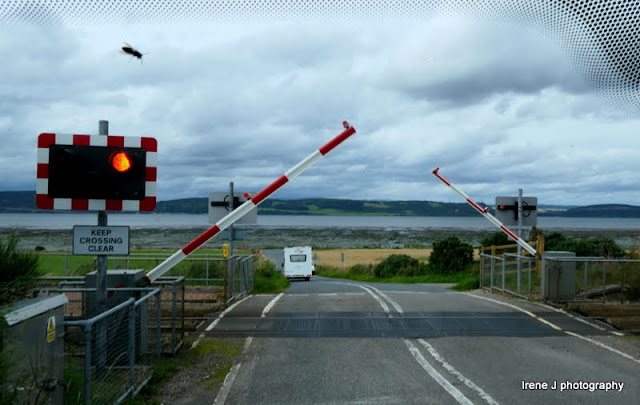 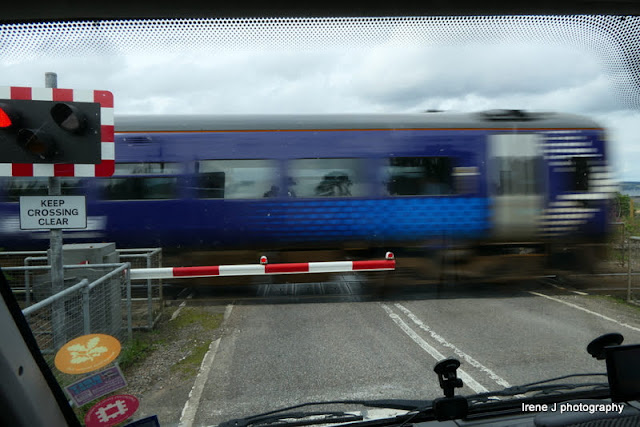 It was agreed that tonight we went to a CC site mainly so I could use the laundry. But the sat nav took us to a dirt track insisting that this was the correct way. You only have to look at the sat navs screen to see she had taken us 'off-roading'. 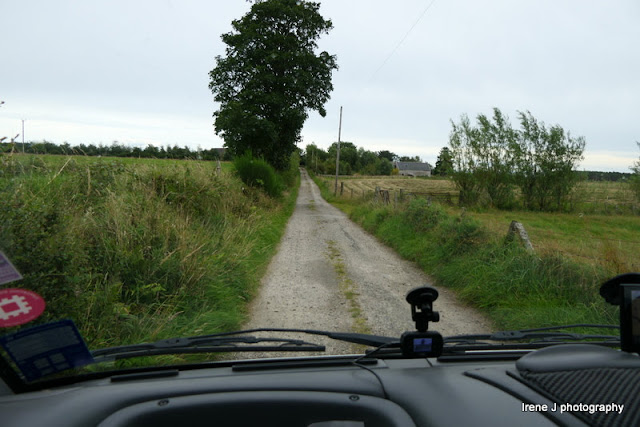 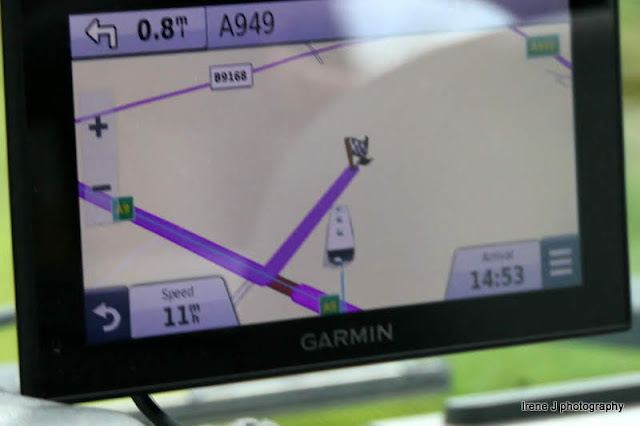 So it was reverse back to the main road to try and find the correct way. Could we find it?? Impossible! Kev managed to knock the waste pipe off of its mountings when he clipped the bank and our reverse camera gave up the ghost. But it turned out the sat nav was right 'cos after talking to a local, she pointed us up to the track we had just come from. 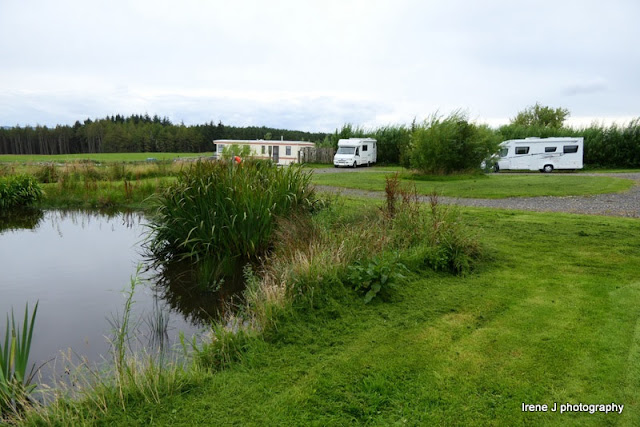 Once settled it was all hands to the motorhome repairs, Kev to the waste pipe and Ian to the camera. 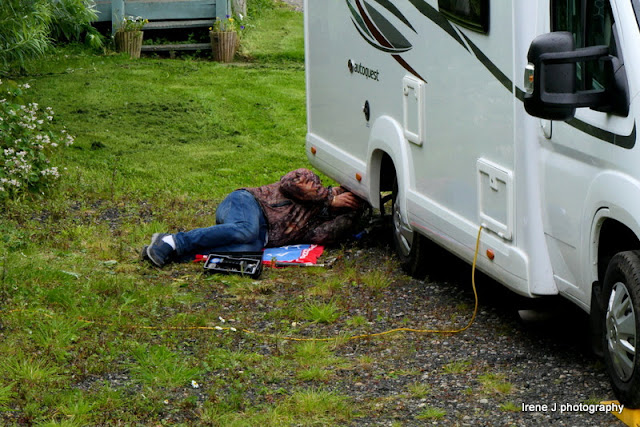 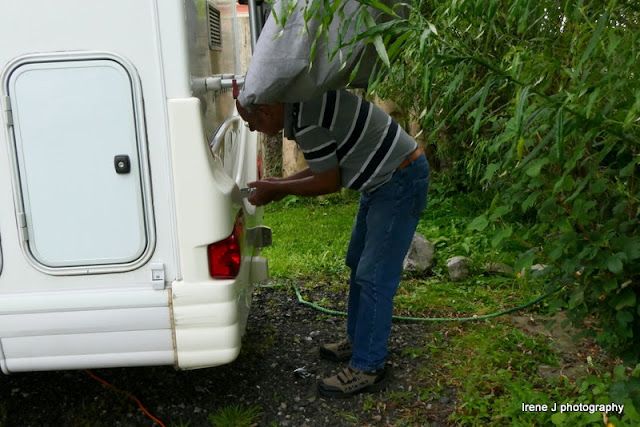 Off to the top of Scotland, John-o-Groats tomorrow lets hope the predicted bad weather doesn't materialise. 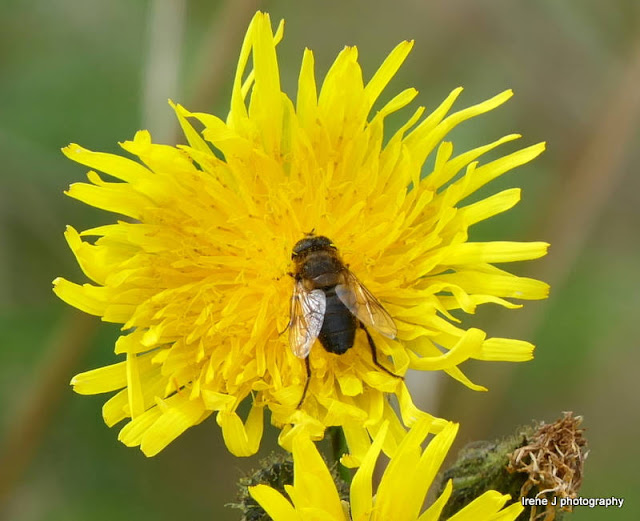 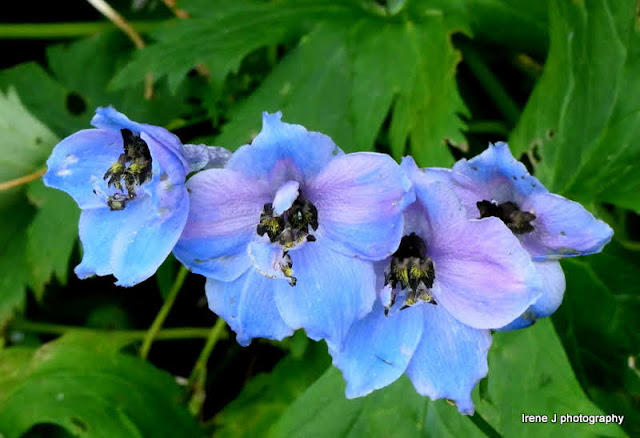 The photo of the four bees in four flowers is just wonderful!

Re the midges: our son Tim tell us that you have to be travelling more than 4mph to avoid them - so just run faster, girl!

Oh I’m so jealous! We lived in the outer Hebrides for 10 years and have driven the roads you are on beautiful scenery and stunning photos, loving your journey xx

I think you mean Dores not Dorey, I have been there a few time, to the pub