Pull, push, rock, no try forward, no no try reverse!!!

It was yesterday (Sunday) a glorious day after Saturdays rain and we were all set to head back to our home mooring. We were a tad out with our expectation of ' it'll only take about 5 hours to get to Langley Mill' though. We even had extra crew, two very enthusiastic friends who, incidentally, got us into boating back in the 70's! At 9am Tony and Lynda arrived ready to help us up the 10 locks and 8 miles to the top. We then waited to be joined by one of the ECP&DA boaters. Coming up Sandiacre lock happened to be ECP&DA's Chairman Norman with wife Shirley on boat Amelia Alan, and John Bayliss and Christine on their boat Thornbury. Now we had a dilemma, do we wait for another boat to join us or go ahead and lift paddles for Amelia Alan and Thornbury. Having spoken to Norman he told us no other boat would be leaving for Langley Mill until the afternoon so we choose to go ahead and lift a paddle after exiting the locks.

Enthusiasm soon waned when we reached Stanton lock. Very obvious was lack of water in the long pound between Stanton and Hallem Field lock. We ascended and Ian walked on to Hallem Fields while Tony crept along the center of the canal praying we wouldn't get stuck. 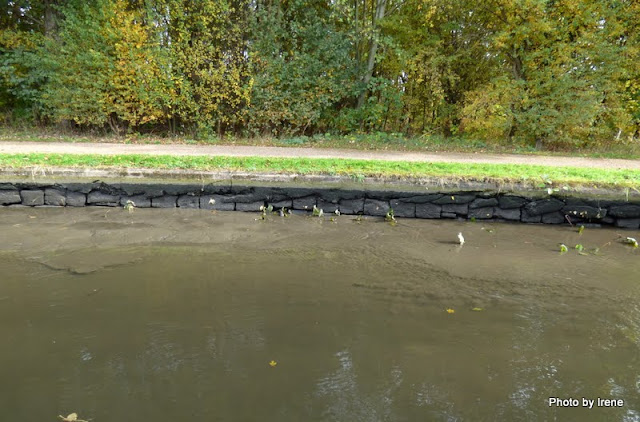 Almost but not quite did we make it to the next lock. So tantalising close but could have been miles away for all the good it did us. FS stopped and nothing we could do would make her move. Ian tried lifting gate paddles and flushing water from above (luckily a pound of nearly a mile or so) but this bottom pound was also quite long. Managing to get Tony and Lynda off when the bow came almost to the bank, there then ensured some almighty heaving, rocking, forward and reverse but still she refused to budge. We were then joined once more by the two boats coming up from behind. Norman (also having walked from Stanton) joined the attempt to free FS but it was a good hour later and many flushing of water through the top paddles that finally got us moving and able to enter the lock. Expecting Amelia Alan to then join us found out she too was stuck fast!!!!! 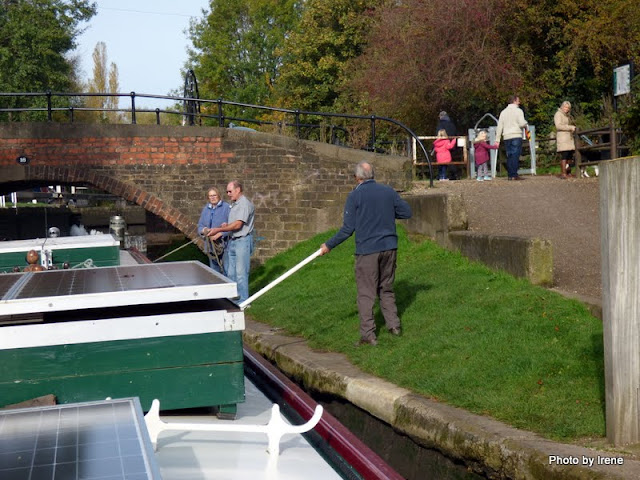 It was decided to bring us up and then by emptying the lock again there would be enough water to get Amelia Alan moving. This proved to be the case and both boats managed to get in. Waiting above the lock were two boats on their way down to Trent lock. Felt so sorry for them because until we had cleared out of the way they too were stuck at the top. Still light hearted banter was the order of the day and without life's little challenges ,wouldn't we all have a boring existence.

Six hours 30 minutes it took before finally getting moored and unfortunately we missed having a meal at the Great Northern pub by 40 minutes. So it was a walk to the Chinese where a special for 4 was eaten with relish back on the boat. I think today will be a day Lynda and Tony will remember for a long long time but it was all agreed that, 'we didn't 'alf have some fun.'


Posted by Ian and Irene Jameison at 3:15 pm

I don't think it had much to do with low water levels Irene, far
more likely that FreeSpirit doesn't want to be tied up yet!! LOL

You may well be right Kevin. She certainly dug her heels in. Xxxx