What a start to the day..... a day where we would normally batten down the hatches and stay tucked up nice and warm but we couldn't afford such luxury so wet weather gear on and away by 8am.

Although I think some of the locks on the Shroppie are amongst the most picturesque, those bywashes don't 'alf push you off course. On the Audlem flight below lock 12 it's vicious as is the bywash at Tyrley bottom. I tried ploughing my way through but only succeeded in hitting the lock walls big time. Glad it was only Ian watching and no, I didn't break any crockery! 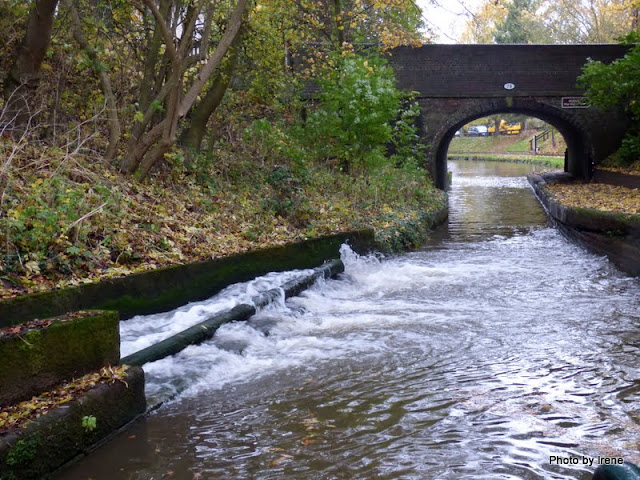 It's been a very slow day. The leaves have played havoc with our prop and reverse was engaged almost as much as forward.  Worse was to come at the locks. Audlem, Adderley and Tyrley all tried to jeopardize our progress by being full of twigs and leaves and grabbed hold of Merlin refusing to let her go. So coming out of the locks was a challenge especially when boaters coming down had to wait for me to try and get out. I had to keep reversing to get rid of the mound that had accumulated round the prop. Bet they though blooming hirers!! Don't know what they are doing!!! By the time we had done all 25, (15 at Audlem, 5 at Adderly and 5 at Tyrley we were ready to call it quits. We had already been on the go for nearly 7.5 hours so stopped and watered up at the top of Tyrley flight (slowest tap in the world!!!!) and had to moor on the lock landing and half way across the lock entrance seeing as how our hose wouldn't reach. Thankfully no one turned up. 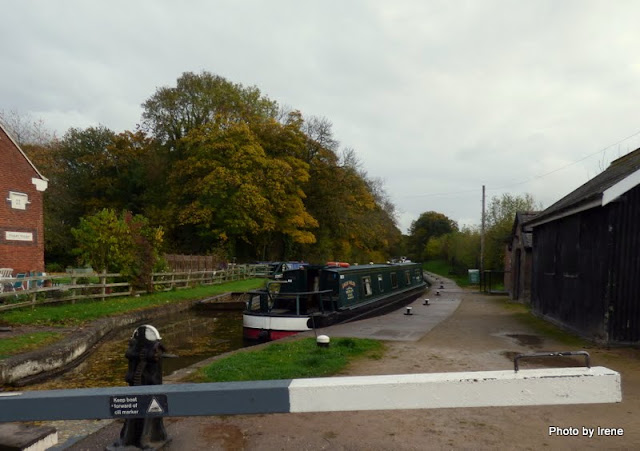 Had a nice surprise at the bottom of Adderley flight. See that blue boat moored.... 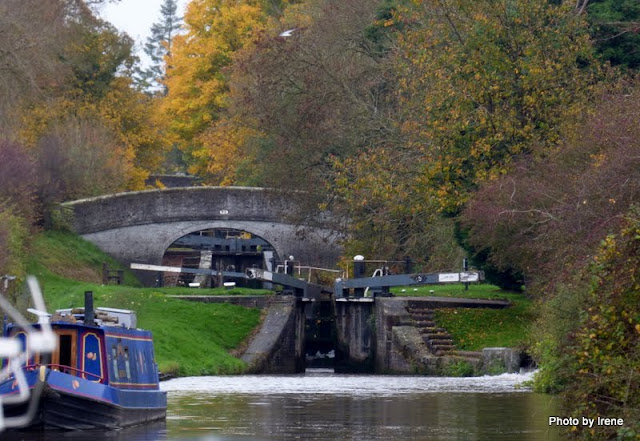 Well turns out it was none other then James and Debbie on Lois Jane. Knocked on their boat and fully expected them not to recognise us without FS but no they greeted us like long lost friends. We had to decline their offer of coffee as time was of the essence and in a way I'm glad we did keep going what with those blasted leaves an all! Still managed a decent chat about this and that and knowing they will be going to the Christmas market in Birmingham early December, may well try to see them there. 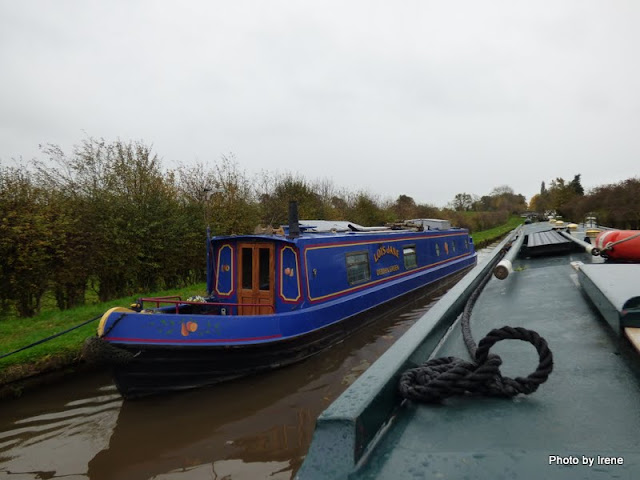 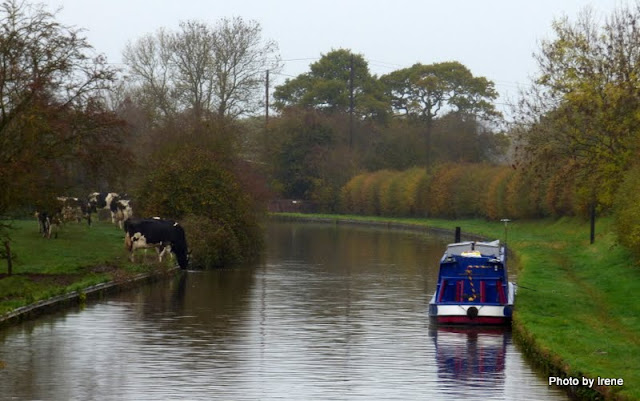 Some of my photos taken on route. 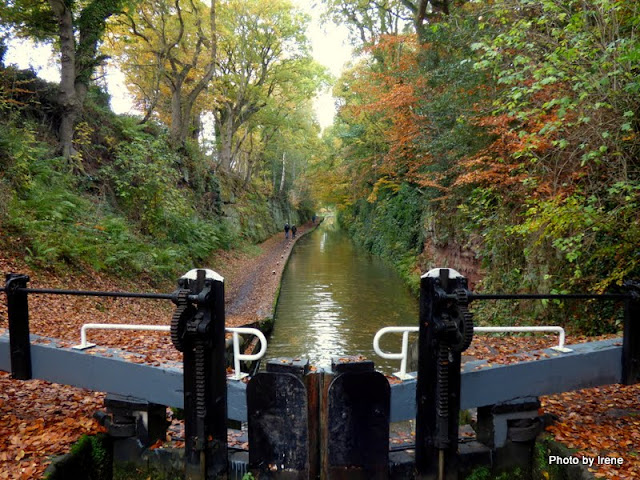 I remember those by-washes, Irene, they are a pain! Love the photos of the autumn colours - they are so vivid and beautiful - not something we get lots of here with all our evergreen trees.
Cheers, Marilyn (nb Waka Huia)

This time of year is magical and one of my favourite seasons. Next October we are visiting Aus and then New Zealand after xmas so will see your Spring/Summer season instead of our winter. Who knows, we may even be able to meet. Xxxx