I tell you!!! I was shocked at the size

Okay, so here's the scenario. I was on the helm again, Ian being below making a cuppa, when rounding a bend I saw something floating near the offside bank. Looked for all the world like an animal but not immediately recognisable. As I drew nearer it was obvious that it wasn't moving, dead maybe??? Anyway out comes the camera and was about to take a picture when I did a double take. Surely it wasn't what I thought it to be!! If it was then it was huge!!! 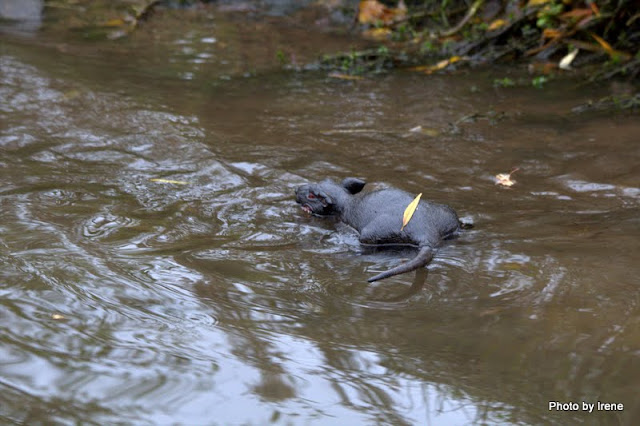 I shouted for Ian to come up and asked for his opinion. By now the 'thing' was way behind FS so could only show the photos on the camera. A Wallaby sprung to his mind as there are escapees about in the UK and I suppose, judging by the size of it, he could have been right. Ian took the helm while I went below to put the pictures on the laptop. This is the other photo I took of what I assumed to be a rat. But no ordinary rat. The biggest rat I have ever seen!!! Well over 2.5ft from nose to tail. The picture doesn't do it justice, nothing to judge it by. 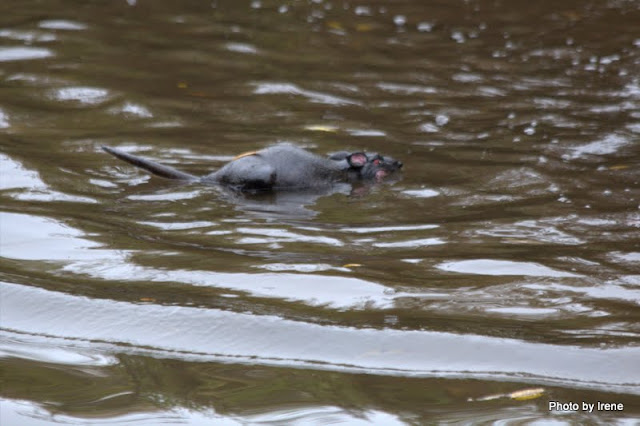 I was all for phoning the EA 'cause I thought Staffordshire had a plaque of super rats!!! Then I cropped the photo!!!


Look closely at the next photo. What is that on the rump of the rat?? Surely not a makers mark!!!! Would I have looked a fool or what had I phoned through my concerns. Just goes to show ......sometimes what you think you see is not what it seems.

As for the rest of today, we cruised lock free to Fradley Junction where we turned right towards Alrewas. Fradley was almost devoid of boats, must be the time of year, and with help from a very nice volunteer lockie helping us down Junction lock and Keepers lock, (Hunts lock we did ourselves) we reached Alrewas by 2ish. Then it was a trip to the famous Coates Butchers in the village for sausages, chops, stirfry and a huge pork pie, not cheap but mouthwatering good. 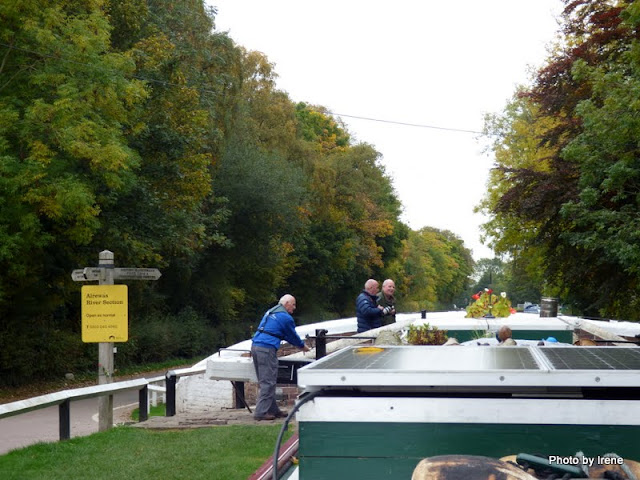 And seen on route today, 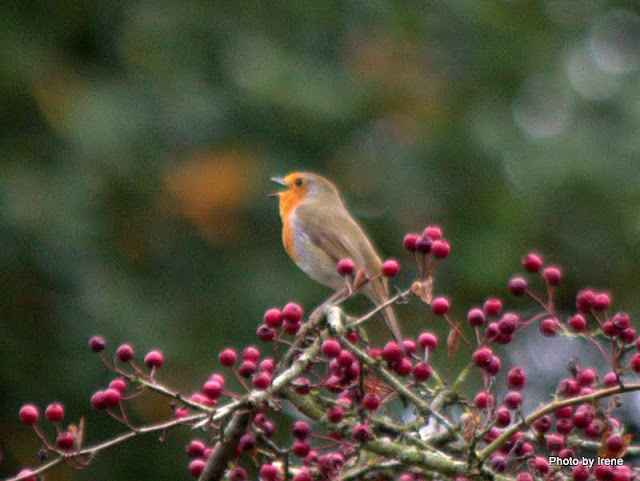 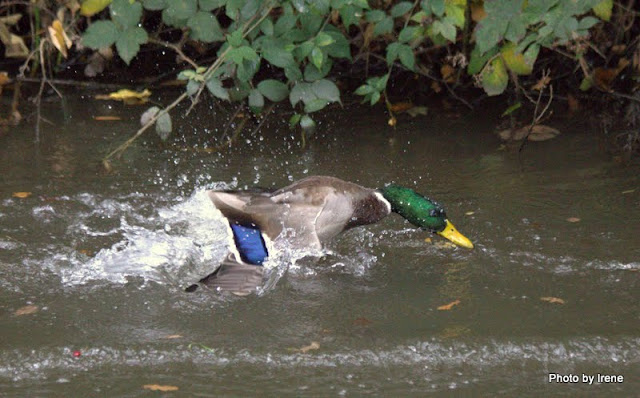 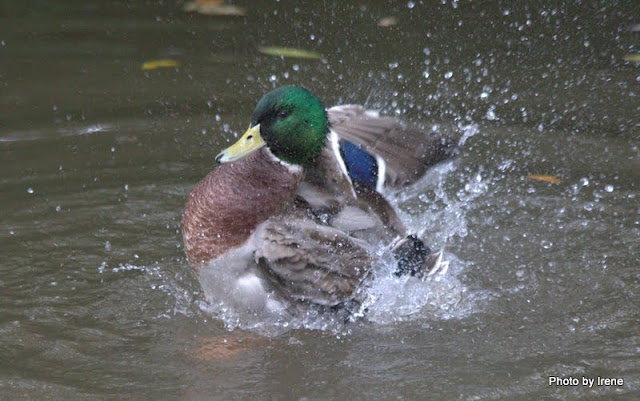 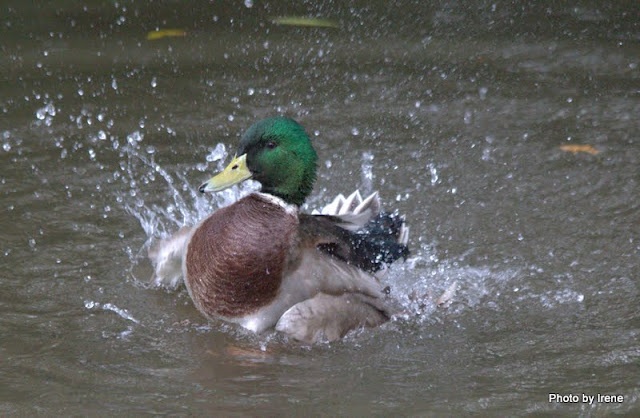 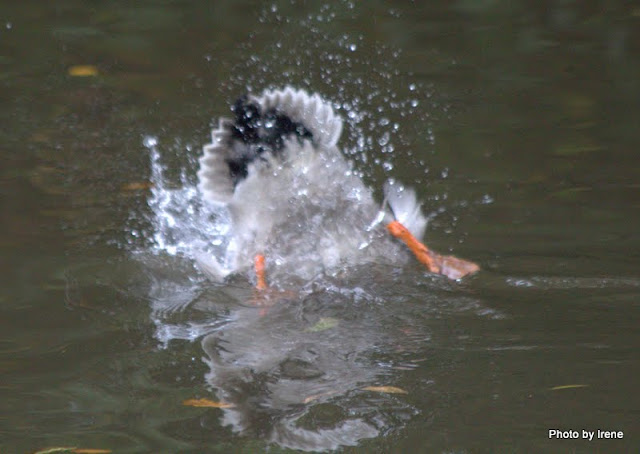 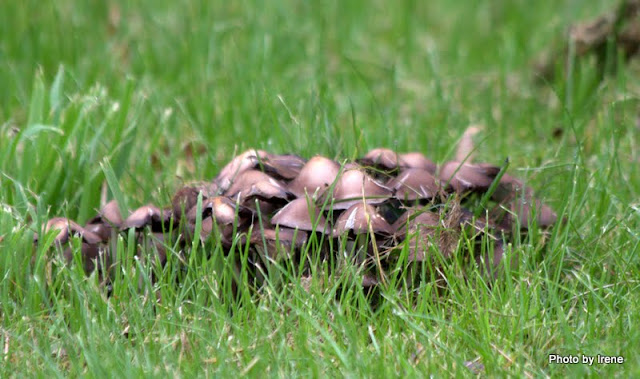 Posted by Ian and Irene Jameison at 4:48 pm

I must have missed you by only minutes as I was with Percy early afternoon putting the solar panel back on. I met Maffi who tooted as he passed so I locked him up Hunts and Keepers.

Shame I missed you. However now my lad has a cottage on the Erewash by the football ground (not sure which one that is) I'll have to take the time to take Leia for a walk to the basin when you are back?