To Salford Junction, the long way round.

Gosh didn't it rain last night! Well it did here in Birmingham! The sky went dark, thunder was heard in the distance, street lights came on even though it was only 5ish and then it poured!

This morning Ian walked to the Chandlers in the Oozells street loop because last night the bilge pump gave up the ghost. At first he thought it may have been the fuse but unfortunately he thinks it's the motor that has packed up. He returned empty handed because they were still shut. It was 8.40am. Having no idea where the next Chandlers will be, it looks as if we may have to mop up the water by hand. On his return, we pulled pins and headed off in the direction of Farmers Bridge locks to start the long haul down the flight.

All the locks were against us, that is, until we met a very nice man name of Jim Shead, a waterways photographer and writer. He had sold his boat years ago but enjoyed keeping fit by helping us boaters and armed with his windlass, set every lock and helped us all the way down the flight. If you are reading this, Jim, many thanks. 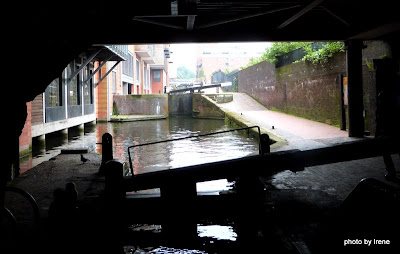 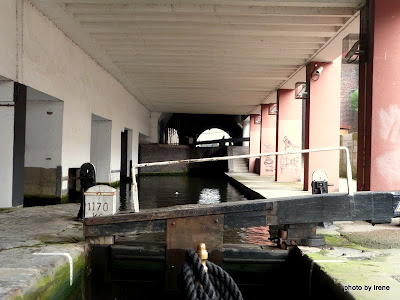 At the bottom 2 men in hugh viz jackets where holding a huge pole in their hands. It wasnt until I got into the last lock that I could see that they were washing windows! No more can they shimmy up ladders it seems.


At Aston Junction we turned right onto the Digbeth Branch and the dreaded Ashted tunnel where 2 years ago we got wedged on the tunnel roof by our chimney. Ashted tunnel got us again when, with Ian steering this time, scrapped our hand rail along the length of the wall. Me thinks we wont be coming this way again in a long time. 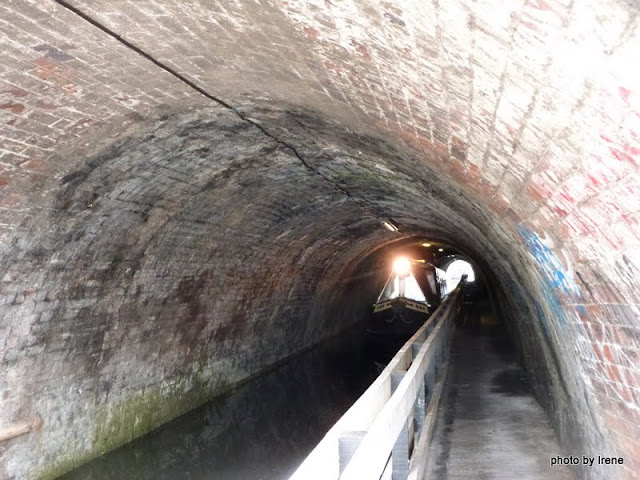 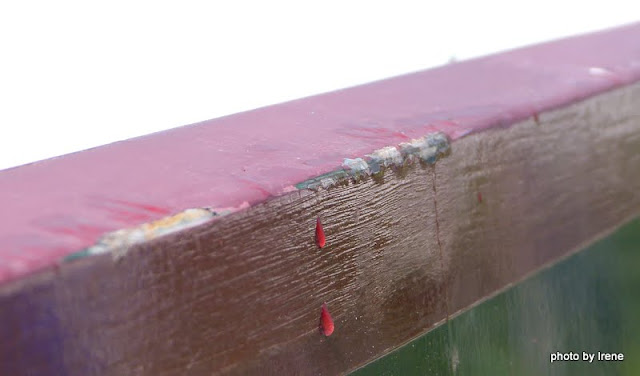 We then turned left at Bordesly Junction.  A tap symbol in Nicholsons showed where we could stop for water to top up the tanlk by bridge 102. Ian attached our hose to the tap then turned on the water but not a drop came out! C&RT must have spent some money here judging by the wall painting and flower boxes, but if they want boats to stop they should at least supply the water.

At Saltford Junction we had another right turn. This one is a tad awkward as you have to go back on yourself. No way could I get round in one turn so Ian got off at the bow to give me a helping hand

Minworth was our final flight of the day. Thankfully we only had three to do as the black clouds behind us got ever closer and, just as we called it a day, the rain came. 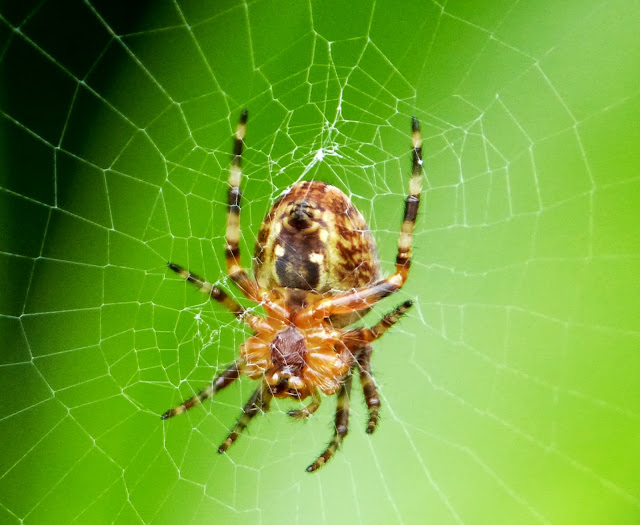 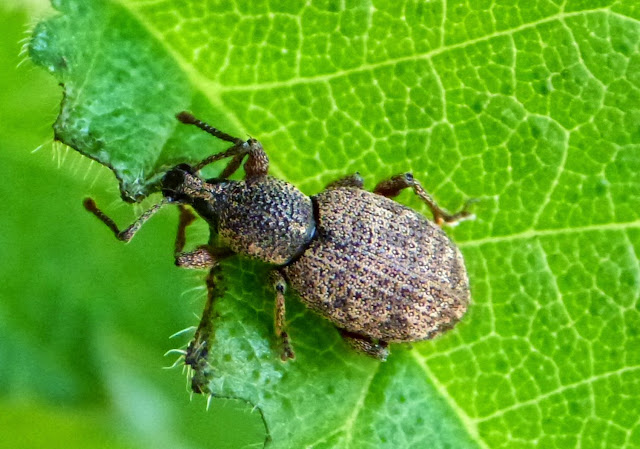 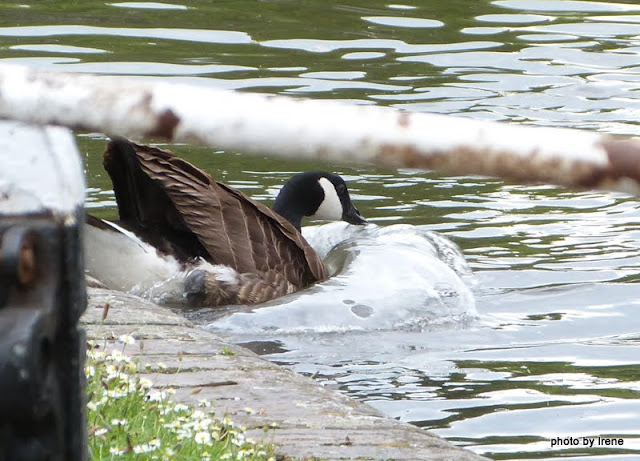 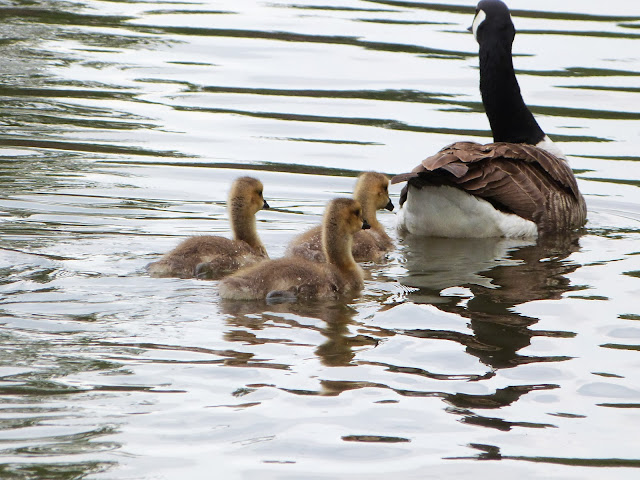 Posted by Ian and Irene Jameison at 7:56 pm

Hi,You moored in Birmingham where we moored after New Year.We too found that Sherbourne Wharf were not the earliest of risers.The balance beam on Farmers Bridge Flight,the one with with the poetry,was installed while we were there.You have to read the verse with the words on the top of the beam included & then it makes sense.I know it says river not canal but the steps through the town are the locks.