Canadian Geese. Hate them or love them. This morning we could have wished them further as the flock which had roosted over night in the farmers field ( or should I say eaten there way through the crops planted there by the farmer ) decided to fly over our boat in dribs and drabs back to Branston lake. We became aware of the continues squaking from around daybreak. With no more sleep to be had we left for Shugborough before 7.30am with the hope of getting through Alrewas and Fradley before it got to busy. By jove wasn't it cold this morning. Both of us started off with shorts but they soon went back in the drawer after we nearly ended up with chilblains on our legs, and the jeans were hastily put back on instead! Anyway, our hope of getting up and through Fradley locks quick was not to be. I think every boat had the same idea because even though we got through Alrewas fairly rapidly, Fradley was another matter. It took well over 3 hours from Common lock, bottom of the flight, to the top  of the flight at Woodend lock. We did see a boat we knew moored on the linear moorings by Hunts lock. It was Nb Percy now owned by Nev Wells. No sign of Nev though so we still haven't done the meet and greet. 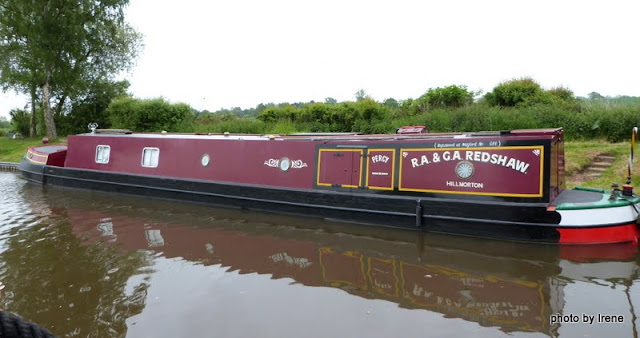 The sun put in an appearance as we exited Woodend lock which called for the removal of the added layers of clothing. But with the sun came the flies. Not just the odd few but millions of them swirling and darting at the waters edge. As the boat approached, the clouds of flies parted as if a curtain had been opened, only to regroup once we had passed by. Has anyone else noticed these flies and does anyone know what they are? Anyway because of the slow going today we have not made Shugborough. Instead we have stopped at Rugely. Very convenient for a Morrison. After stocking up on groceries we decided that, as the time was by now approaching 5pm, we really didn't fancy going on any longer. Tomorrow we will make for Staffordshire boat club on the Staffs and Worc where, so we have been informed, a mooring is waiting for us in readiness for the wedding over the weekend. 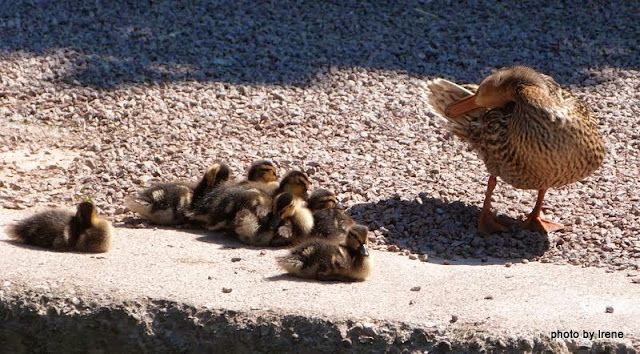 More great photos, especially of our boat... we really must get the names changed !