A mad dash to Market Bosworth

I didn't post yesterday because I was very unwell. It all started on Wednesday when I felt the tell tell  signs on my Diverticulitis starting. I went into a bit of denial not wanting to believe it was coming. That night I awoke with terrific abdominal pains, I could deny it no longer. Thursday morning I helped Ian to unload the top box and place it on the towpath ready for the second phase of roof sanding. Afterward, feeling like death warmed up, I started looking for doctors nearby on the internet. The only doctors I could find that was within walking distance was at Market Bosworth and that was still a mile from the visitor mooring. I phoned to see if  an appointment was in the offering for Friday. A cancellation yesterday meant I could be seen at 3.30 that very afternoon. Now we were at bridge 3. It was 9.45am and the top box was on the towpath. The Market Bosworth moorings were at bridge 42. Ian estimated it was about 14 miles away. At an average speed of 3mph we could just about make it by 14.30ish . So after replacing the top box, we left by 10am. We hadn't reckoned on the Ashby being as shallow as it was, and with loads of moored boats slowing us down, I honestly thought we wouldn't get there on time. Ian did a fantastic job. Speeding up where he could and then slowing down for the static boats and if a wash was created, we actually pulled onto a 'long term permit holders only' mooring by 3 pm. ( the visitor moorings looked to be full ). In agony with every step taken, the mile seemed endless and it also happened to be nearly all uphill. But we made it by the skin of our teeth and I am now on antibiotics for a week and panadol to ease the pain.Once back at the boat Ian walked to see if a space was to be had on the visitor moorings and after having a word with a hire boat that had taken up two spaces, they moved back to allow us to squeeze in.

With us dog sitting Echo from Sunday for a week, we decided to move on to Shacklestone early this morning before all the moorings were taken up. We had heard on the grapevine that a kiddie event was being held at Shacklestone railway this weekend and expected a lot of boat traffic. So, in the rain, we did the 4 mile journey in about hour and a half and, luckily for us, a hire boat pulled away just as we arrived otherwise we would have struggled. Christine and Kev, as a thank you, will take us to the Rising Sun pub for a meal after dropping off the dog so we expect to stay at least until Monday. Whether the boat roof will be sanded while we are here all depends on wind direction.  Im sure other boaters wouldn't want grey roofing dust to drift their way. 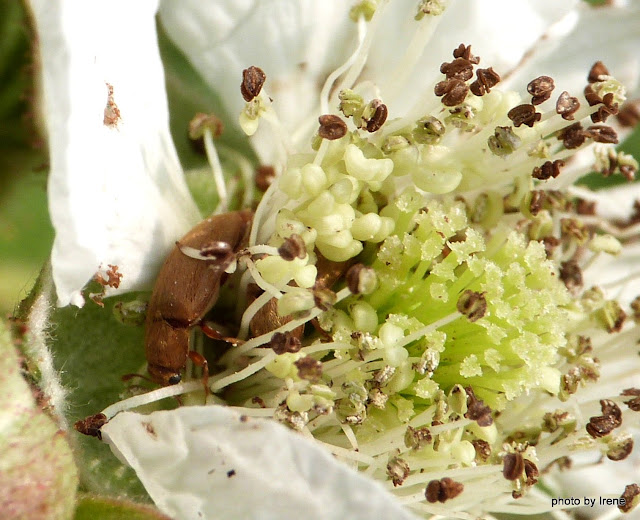 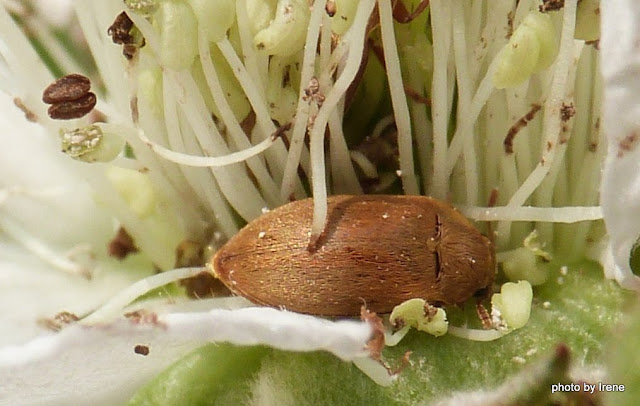 Posted by Ian and Irene Jameison at 4:35 pm