I'm making a habit of this falling down lark!

Just as we were about to leave for the Barbie, down came the rain. Good grief not only are we having a BBQ at the start of winter (idiotic comes to mind) but it seemed we were in for a soaking. All was not lost though, as 10 minutes later the sky cleared and the temperature plummeted. Then as Ian was getting the garlic bread ready ( he makes a mean garlic baguette) the phone rings. Its Paul King one of ECP&DA members. He's all in a panic because all the lights have gone out in the cottage and BBQ area. Leaving me to finish the Garlic bread, Ian high tails it across to the cottage and with a swift change of fuses and strong instructions on not to switch on the outside security light, (has a faulty bulb) gets back in time to finish the bread. Then, as he was changing, I walked to the cottage armed with plates, cutlery, drink, glasses, food etc and no sooner had I walked in the door.......all the lights went out again. This time it was left to me to make haste back to FS and once again inform Ian. He rolled his eyes and said 'what idiot switched the light on'? Turns out Norman was the culprit. He had misheard a shout from JB and thought he was asked to put them on!!! Once more, and another fuse later, we had light. This time Ian taped a black bit of electrical tape over the switch so no one could mess with it again.

The evening wasn't actually that bad. Stove in the cottage plus numerous bodies made the place cosy and warm. The BBQ was big enough for several people all cooking at once and the food turned up really well cooked and delicious. By 9.30pm most had departed and with me carrying the plates etc back to the boat and Ian following a distance behind, I went flying as my feet slipped on the now frozen path and I scattered the contents of the bag all over the floor. First picking myself up and feeling a right twat I then had to scratch around in the dark to retrieve cutlery, bowls, glasses etc while Ian stood open mouthed asking what I was doing on the floor! Anyway, looking at the path this morning nothing untoward was lying on the ground so I must have found all the items last night. Got a sore knee and two sore palms but hey ho could have been worse. Thankfully it wasn't on the pontoon by the boat. Would hate to have fallen into the freezing water!

So tonight we are off to see Beeston Big Band near Cromford. Looking forward immensely to that. No doubt I'll put a bit on the blog tomorrow. 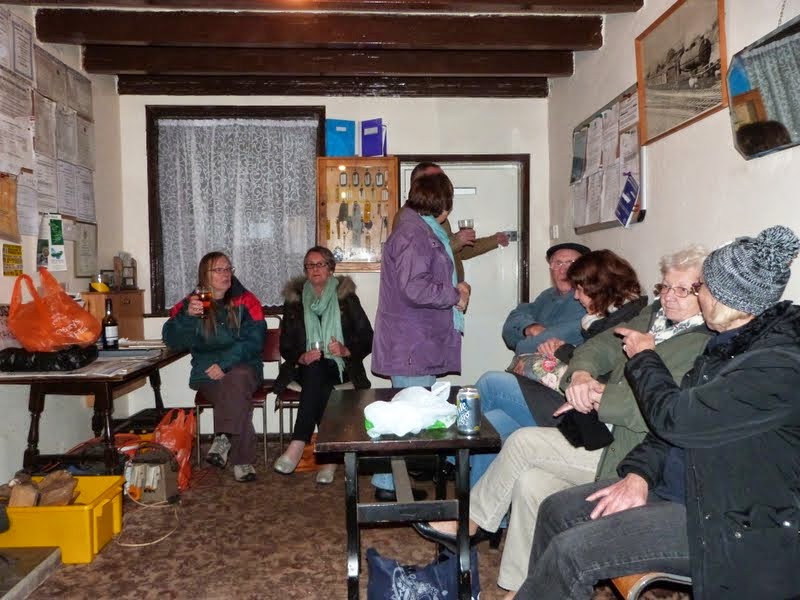 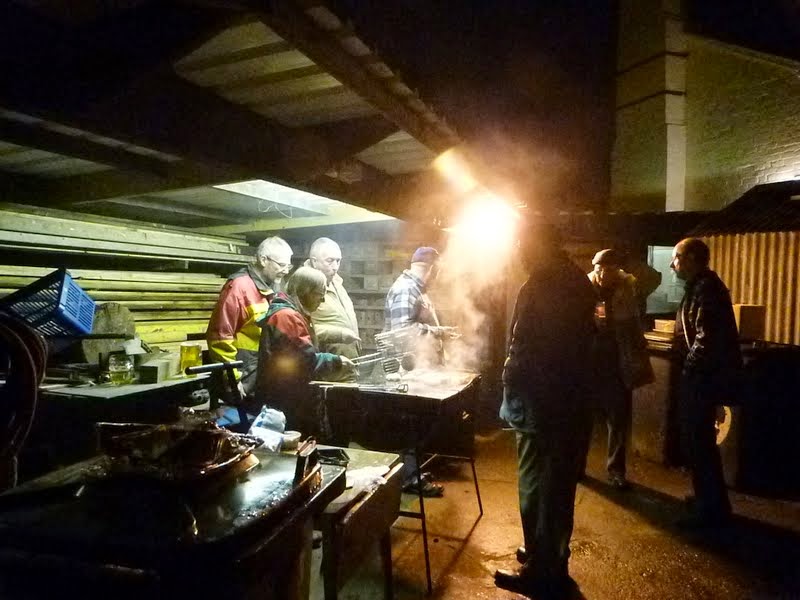 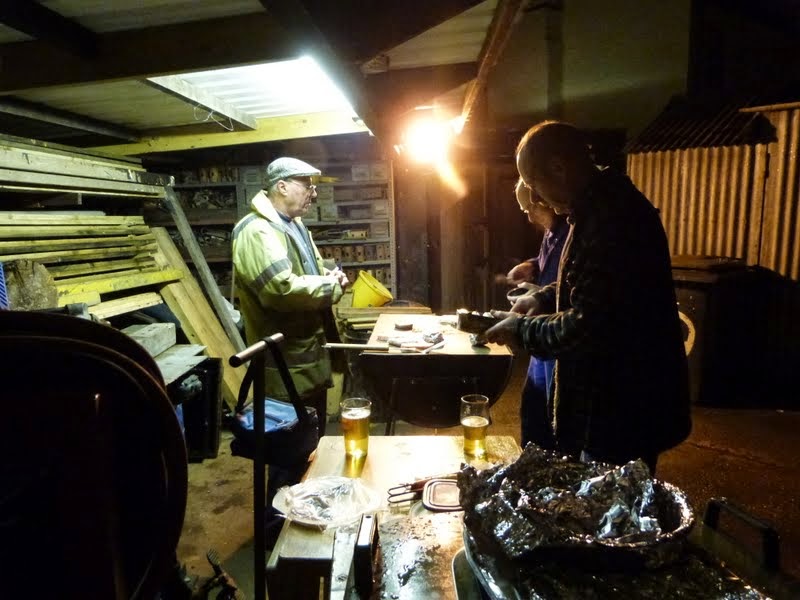 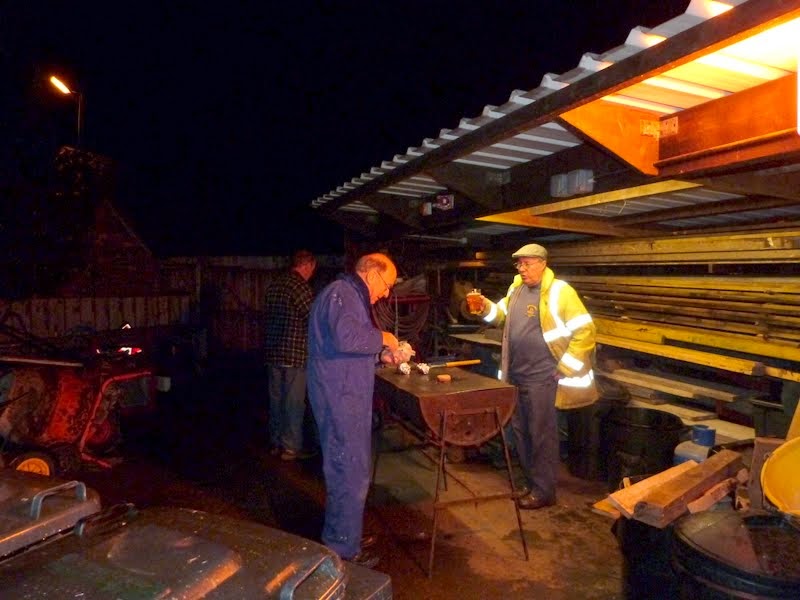 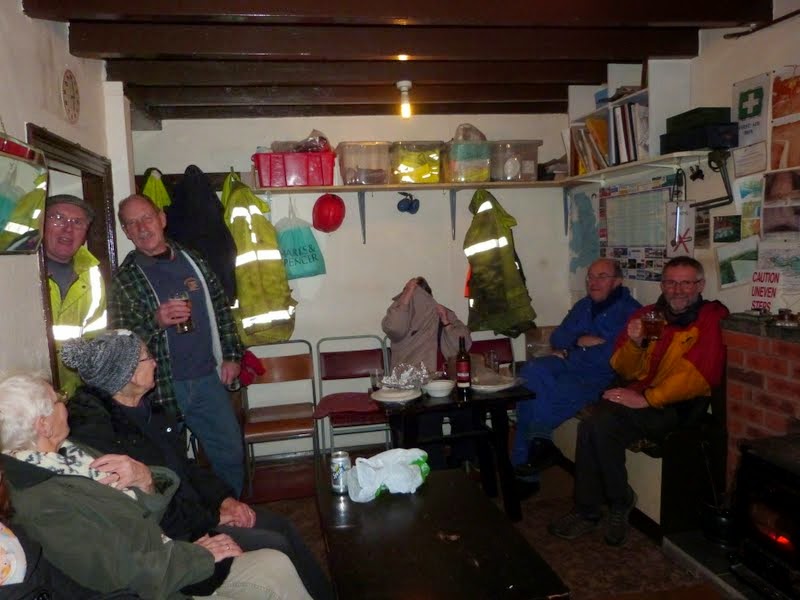 Posted by Ian and Irene Jameison at 5:59 pm